If you can believe it – and I can’t – there are two different condominium complexes in Danbury with covered bridges. They are both off of Route 37, both cross Padanaram Brook and are only about half a mile from each other.

And here’s the truly unbelievable part – besides the fact that I even have a whole section on this totally free website covering these covered bridges: On a trip to Danbury for various and sundry, I disbelieved my list of covered bridges and assumed I messed up listing two different Danbury condo covered bridges. 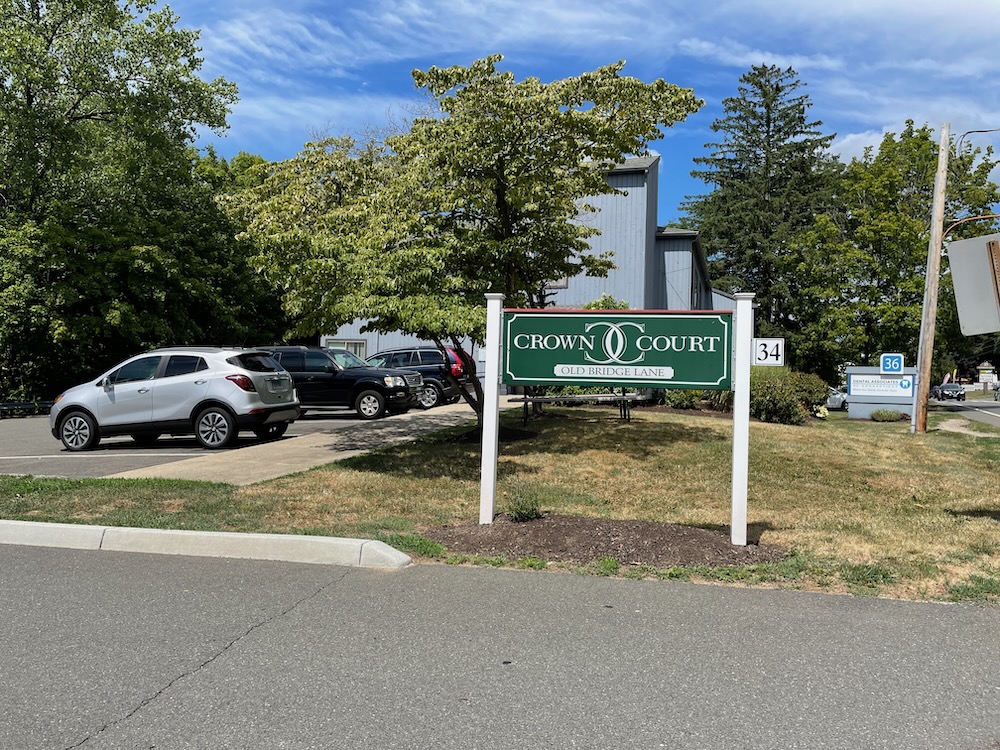 So I only went to the southernmost one, not realizing there was one a minute or two north as well.

But you know what? Since the Not Really Important Covered Bridges List on CTMQ isn’t exactly the list I’ll be remembered for, I’m going to cheat and grab a couple pictures of the Covered Bridge Condominiums Bridge and call it a day. Deal with it.

Very exciting stuff. I had Damian with me and after taking a couple pictures, we had the following conversation:

“Why are you taking pictures of that old bridge?” 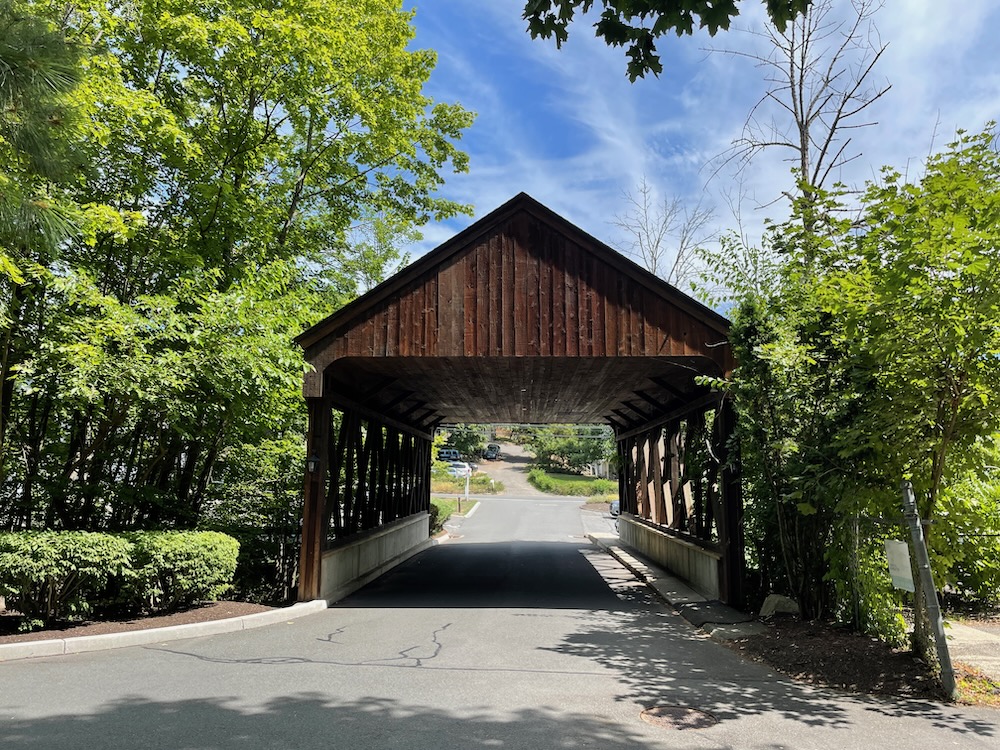 True story. This bridge was built in 1974 and is a 50-foot long single span Stringer truss bridge spanning Padanaram Brook. According to my non-authentic Connecticut covered bridge insider, this bridge is the longest single span non authentic vehicular covered bridge in Connecticut. Is that true? I can’t imagine that’s true. Do I care if that’s true? Do you care? Do either of us even know what that means or how we’d go about authenticating such a claim? No, no, and no.

But I love it all the same.

It’s a pretty decent replication of an actual old timey covered bridge, I’ll give it that. Let’s see about the one at the next condo complex up the road. 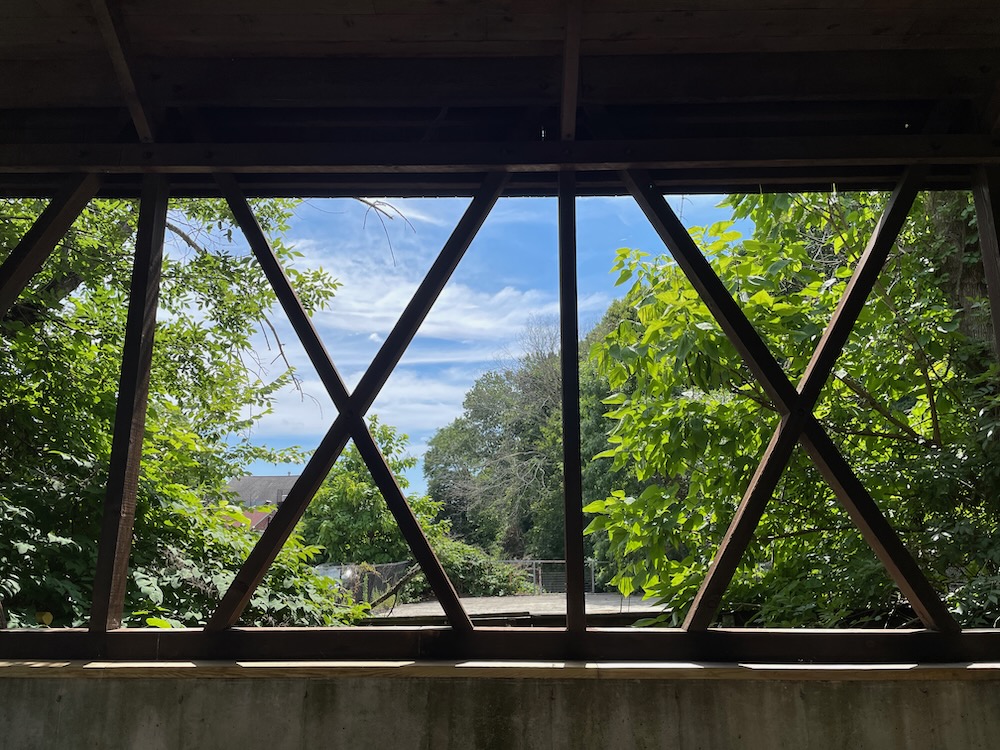 It looks corny to me, but I see that it was built in 1983 when corny was king. It is a 44-foot long two span Stringer truss, also spanning Padanaram Brook. As I write this, I’m having a twinge of guilt for not personally experiencing this thing. Thousands of pages of original content on this website and I can count on one hand how many “cheats” I have. And it still bothers me a little. 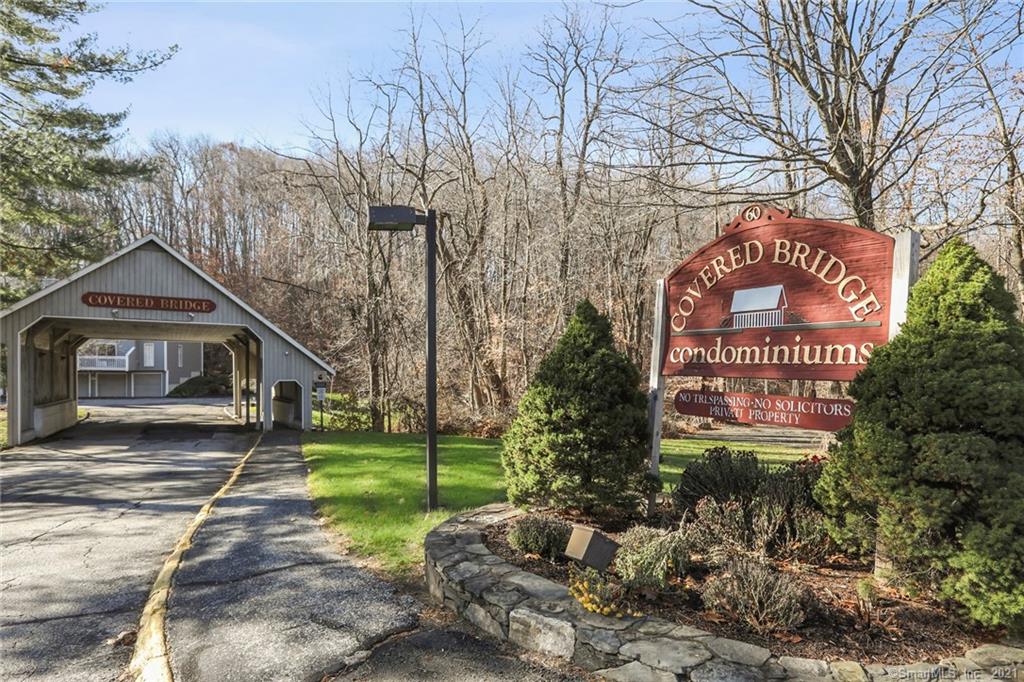 Okay, I’m over it. I don’t know why condo complexes love fake covered bridges, but there are several in Connecticut. And this one is sort of hilarious to me since they were just copying off of the one above. 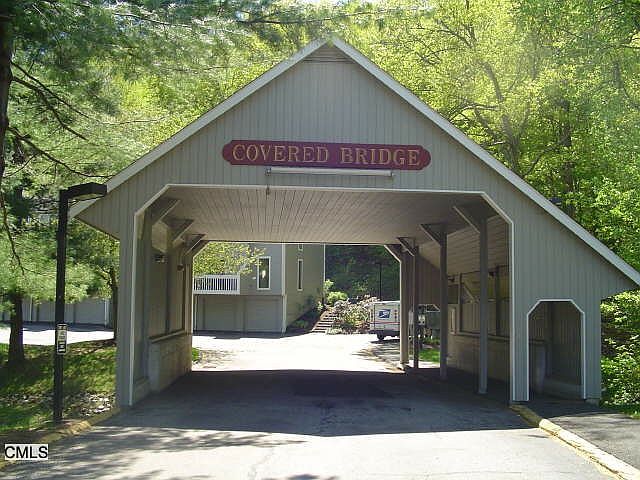