Deborah Ann’s is also on the CT Chocolate Trail and you can read that page here.

How sweet is this? 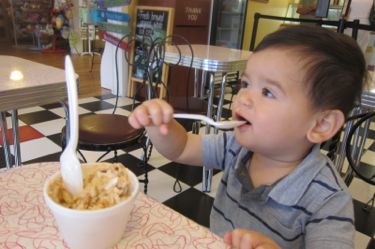 Steve Wood took wife Hoang and their sons Calvin (16 mo’s) and Damian (6) on an old-fashioned date in Connecticut Friday night, where the two held hands and shared ice cream out of the same cup.

The couple spent the evening walking hand in hand at the annual Ridgefield Downtown Holiday Stroll, in picturesque Ridgefield, where carolers roamed the streets, kids posed for pictures with Santa and couples took rides in a horse-drawn carriage. 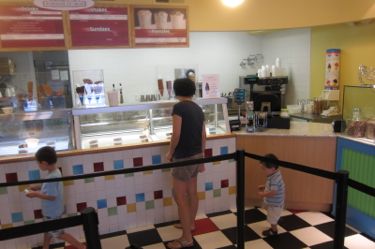 After strolling around the holiday festival for a bit, Steve, 39, and Hoang, 38, stopped into Deborah Ann’s Sweet Shoppe, where they “tried a few samples of ice cream off of those little spoons,” says an eyewitness at the ice cream parlor.

“They picked their own flavors, English Toffee and Chocolate Fudge Brownie, but put them in the same cup and shared it.”

“They left holding hands,” says the eyewitness, who further described them as “very nice. They just blended in. They seemed very happy together. They were very excited about the ice cream.” 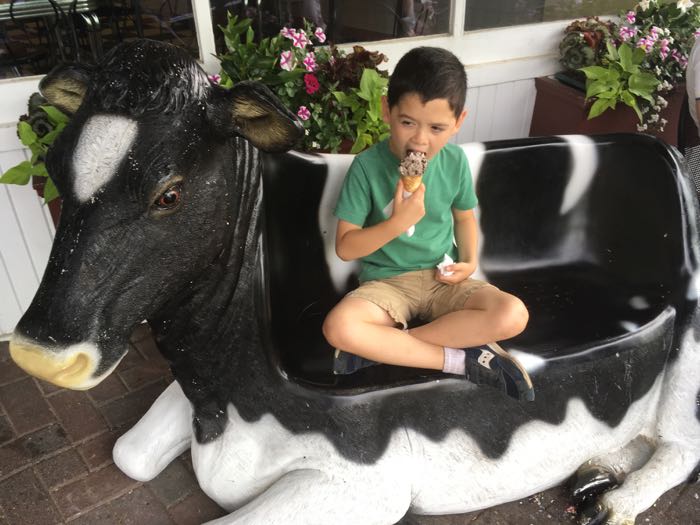 Ok, none of that is actually true. Believe it or not, that was – word for word – a “news” story about Ryan Reynolds and Blake Lively’s date in December 2011. How cute of them.

Our visit was in August, not December, because normal people don’t eat ice cream in December. And I would never get toffee flavored ice cream (though Hoang might). And our visit wasn’t nearly as placid as we had our boys with us and they always make things interesting. 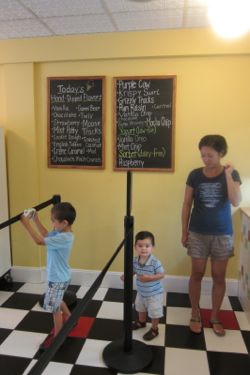 We stopped in to Deborah Ann’s after the drive up from my parents’ house in Delaware after a week at the beach. The boys were cranky and tired of riding in the car.

They fretted and fought going into the shop, errr, shoppe, but once they saw it was for ice cream, they both suddenly stopped whining. 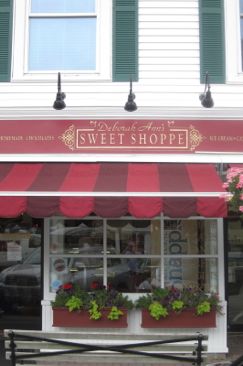 Deborah Ann’s features a ton of flavors and even more candy and cookie toppings. After all, the ice cream shop is only part of the Deborah Ann Empire, which features homemade chocolates and all sorts of candies. It is a dangerous place.

Calvin insisted on scooping his own mouthfuls which would be a great show of independence for a 16 month old, except that he hadn’t yet learned to hold the bowl with his other hand. And he refused to let me help him out. 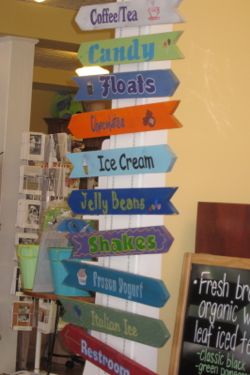 So Hoang took him outside to struggle with it out of earshot of the other customers while Damian and I quietly ate our cups inside.

So take that Blake Lively and Ryan Reynolds. That’s what family is all about. 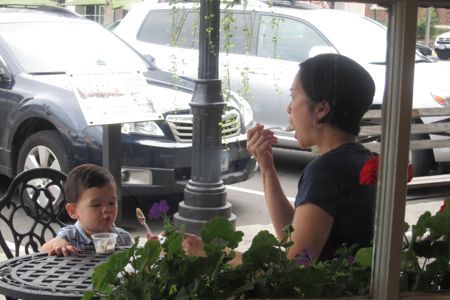