The worst part about this closure is that it may have taken out not just the one historic house museum, but also the random Salisbury Cannon Museum which I believe was housed at the same spot. I hold out hope that the Cannon Museum will reappear elsewhere in town, as Salisbury’s iron ore past deserves its own museum.

The best part about this closure is that the house’s historically significant features will be protected thanks to Historic New England’s Stewardship Program. 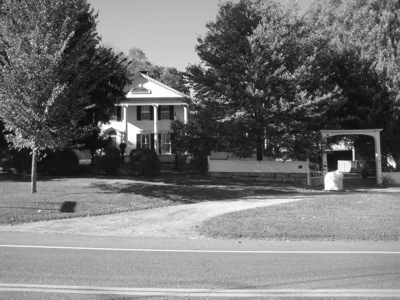 The following is from a (now disappeared) article titled, “Historic Holley-Williams House Returns to Private Ownership.”

The Salisbury Association, which operated the historic Holley-Williams House museum in Connecticut for more than thirty-five years, recently sold the property to a new owner who plans to convert it back to a private residence. Even though it will no longer operate as a museum, the house will be preserved. The Stewardship Program is based on a partnership between Historic New England and a property owner, with a shared goal of protecting a property’s historic character. Historic New England’s Stewardship Program successfully protects seventy-six privately owned properties across New England. Of these properties, thirty-four were formerly owned by Historic New England but then sold to private owners subject to preservation restrictions.

The preservation restrictions held by Historic New England serve to protect the historically and architecturally important features of the Holley-Williams House and its associated outbuildings as well as significant landscape elements. 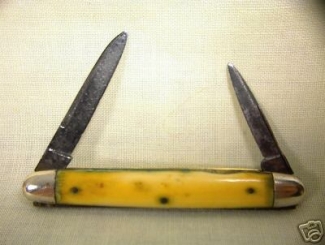 That’s all well and good (very good, actually). Let’s get some more info on what the museum was like though, via excerpts from the (link long dead) Litchfield Times:

The house—actually two stages from different periods joined together—was the home of the Holley family, ironmongers and later manufacturers of high-grade pocketknives. The house consists of the original Salisbury ironmaster’s house built in 1768 and the connected Federal period home of the Holley and Williams families, built in 1808 as an addition by John Milton Holley.

The front portico, with its Ionic columns, leads into a wide entrance hall with curving staircase, a downstairs parlor and a dining room overlooking an old-fashioned walled garden. On the second floor of the 1808 wing, in Maria Holley William’s bedroom, is found the pane of glass where she scratched “Home Sweet Home June 1847” with her diamond engagement ring.

The house remained in the family for five generations, until John Milton Holley’s great-granddaughter, Margaret Williams, bequeathed it to the Salisbury Association at her death in 1971…

“In the case of the Holley-Williams House, they protect the exterior features and elevations of the house, all the outbuildings, a barn, carriage house, an outhouse that is fairly rare and intact, as well as the interior features—plaster walls, woodwork, floorboards and room configuration in the 1808 wing. The interior restrictions on the smaller wing are somewhat limited and the new owners have flexibility to make changes there.” 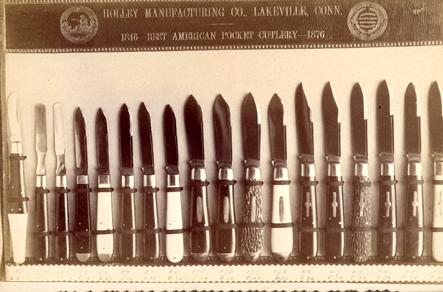 A little more about Holley – The Holley Manufacturing Company produced pocket cutlery and related products, from 1844 until 1946. Founded in 1844 by Alexander Hamilton Holley and George Merwin as Holley and Merwin, the Company claimed to be the oldest manufacturer of pocket cutlery in the United States.

Well that’s pretty darn cool. I can confirm that the Salisbury Association does tout this as fact at their history museum.

Bummer I missed out on visiting the museum myself. It cuts me to my core.