I had spent the previous day, night and this very morning hiking the high peaks in the Catskills. I summited several of the CAT35 peaks, slept on the ground, driven several hundred miles, checked out another museum gallery prior to this place AND had stopped by the now defunct Holley-Williams House Museum – all that just before visiting Salisbury’s little history museum. 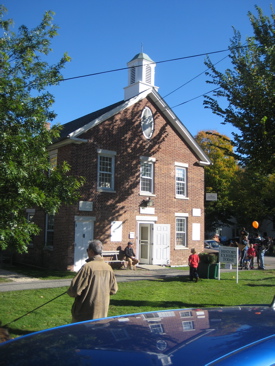 So pardon me for a) mistakenly having the camera set on black and white for most of my visit and b) being rather exhausted and not really saying a word to any of the several eager volunteers there that day. As a result, this page will most likely turn out to be one of the rare perfunctory and slightly boring pages on CTMQ. But you understand, right? It’s bound to happen every once in a while. 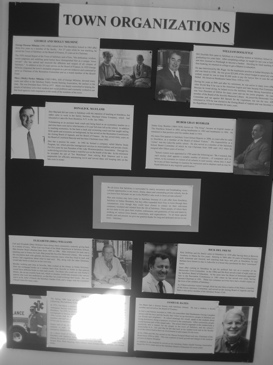 Let me start out by saying how much I love Salisbury. It’s a beautiful town with a perfectly quaint Main Street, sure, but I love it for its mountains and Appalachian Trail section – not to mention being home to Connecticut’s highest peak AND highest point. (Randomly, its sister town of Millerton, NY is pretty much the same thing and I always enjoy the drive through both town when going to/from the Catskills.)

My visit occurred during some Salisbury-wide event, so the shops and streets were bustling with BMW’s and overpriced jogging strollers. Yes, it felt like my hometown. I can’t remember if I knew the historical society museum would be open that day, but after noting the “Open” sign, I found a parking spot and checked it out.

It’s small… very small. And it also has the slightly annoying name of the “Salisbury Association at the Academy” for some reason. Pretentious, yes, but not overly so. Kinda like Salisbury itself. After all, how pretentious can a town infamous for drunken Rip Torn escapades be? He may be a famous famously crazy drunk, but he’s Salisbury’s famous famously crazy drunk. (RIP 2019)

The one room exhibit was more or less a history of Salisbury, with an apparent focus on its civic and public institutions over the years. I have a bunch of really bad pictures of long descriptions of no-longer existing schools in town. So as I sit here, I’m waffling… Do I launch into a thousand word transcription of those things, or just let it go and recognize that’s not all that interesting to the world outside of Salisbury? 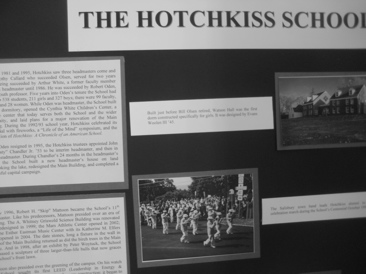 But I just can’t let myself do that… So I’ll try to capture a few of the highlights. I’ll start with the Salisbury Academy. After all, the building that now houses this museum is the former home of the Salisbury Academy. In 1833 a committee of local citizens raised $1,250 to build this building to house a new school. Tuition was $3 per eleven-week term for English studies and $4 for per term for Classics. There is a marker with some of the original wording from the school’s opening:

This Seminary is pleasantly situated in the Central Village of a town, rarely rivaled in the beauty and grandeur of its natural scenery, and so much retired from the noise and temptations of the great thoroughfares of business, as to recommend its location to parents who would guard the morality of their children from exposure. Accommodations for boarding may be had on reasonable terms, in respectable families. It is intended that the discipline shall be kind, yet strict and faithful, and that the instruction in both the English and Classical departments shall be accurate and thorough. The preceptor, residing near the Seminary, devotes himself to the instruction and oversight of the pupils, and aims to exercise a paternal care and watchfulness over them. 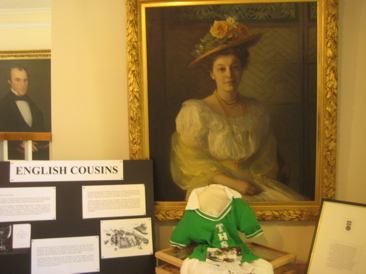 And you thought your school was miserable. Sheesh. Before this place became a museum, it served as a meeting house and a courthouse. Let’s move on to the Salisbury School. Actually, I don’t have much about this school. Then there is The Hotchkiss School, which costs about $64,000 per year. It does, however, offer a laundry service for another 800 bucks per year, which is nice.

Hotchkiss also has the Tremaine Art Gallery which I mentioned above and visited prior to the Academy. The school is ridiculously beautiful and the gallery was excellent. There were a bunch of old pictures of these two private boarding schools and some anecdotes from former students. I like this bit on the Hotchkiss website:

In 1971, one of the School’s most beloved headmasters, A. William Olsen ’39 – known as “the O” to students– declared to the Hotchkiss community his decision on coeducation:

“We are moving into a new world; there can be no return to the old… One of my charges as headmaster is to protect the best of the past, … but my biggest responsibility is to prepare students for the future… I recommended to the Trustees that Hotchkiss become coeducational as soon as possible…”

Calling Hotchkiss’s previous males-only admission policy “an accident of history,” the board of trustees supported the O’s decision and declared that “coeducation is not a fad; it is a sensible response to change.” Three years later, in September 1974, 88 young women entered Hotchkiss as preps, lower-mids, upper-mids, and seniors. Today, the number of boys and girls attending Hotchkiss is roughly equal. 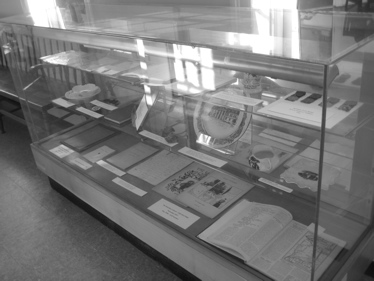 Then there was a bunch of stuff about Indian Mountain School. Their website seems to not tell me how much it costs or even much history about it. It’s for younger kids and just seems to be another boarding school for rich kids, but at least it’s on a mountain with some apparently cool trails and stuff.

Yeah, I’m struggling here. Other exhibits talked about the town’s civic organizations over the years and all the important people who have lived in Salisbury (though nothing on Rip Torn, alas). As you can see, the exhibits were just long tracts about this stuff; not exactly photogenic or really all that interesting to non-Salisburians. (Note: I’m sure they have other exhibits at other times with a wider range of appeal.) 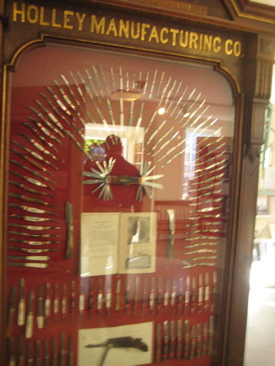 There is a cool exhibit – and I assume its permanent – about the Holley Manufacturing Company. It was America’s first Pocketknife Factory. I’m not sure how long this page will be around about old Holley knives, but it has some cool stuff on it. I learned some interesting stuff about Alexander Hamilton Holley who started this company – pretty much redeeming my visit to this museum.

In the spring of 1844, Holley was tooling around looking to buy a thread company, but it didn’t work out. He ran into some guys from England who were looking to start a cutlery business in New England. So Holley bought them out and all their stuff (and brought along the men) to start making knives. His knives were awesome – handcrafted to “properly form the crystals into cutting edges, rather than the heavy hammer drop-forging method which crushed and destroyed the crystalline structure of the steel…” 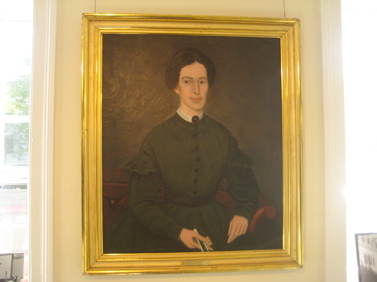 That worked out well for him until around 1910 when his hand production ceased to make any financial sense. But Holley stuck to his knives… And failed. Miserably. Can’t say the guy didn’t have integrity. (Incidentally, the former factory and surroundings have been converted into offices/shops in what is now called “Pocketknife Square.”)

I wish I had more to tell you. The Holley-Williams house in town is no more and the Cannon Museum is gone now along with it. So this is your place for Salisbury history.

I really do love the town. Seriously. 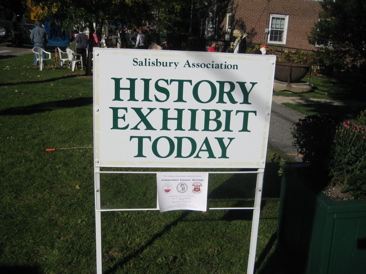