I’d never hiked in the Catskills before deciding to tackle this list of the 35 peaks there that are over 3,500 feet. On a good traffic day, I can get there in about 2.5 hours and some of the trails are truly beautiful. Heck, I think I can knock out this list over a series of 1 day treks. We shall see. 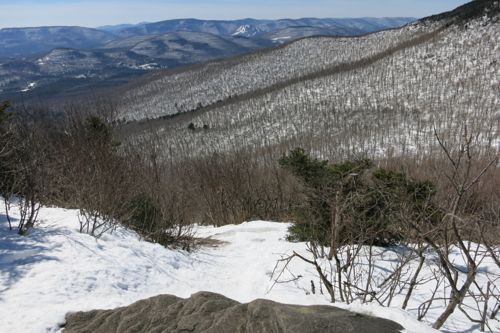 Winter view off of Black Dome

To officially warrant inclusion into the 3500 Club, I must climb Slide, Blackhead, Balsam and Panther mountains again in winter – making the total climbs 39. A whole bunch of them do not have trails to the top and the bushwhacking through the spruce, fir and pine trees can be pretty awful.

* Trail-less summits with registers
+Summits without maintained trails or registers