When I published my “Everything Cromwell” page, a friend familiar with Cromwell alerted me to an embarrassing oversight. An exchange followed: 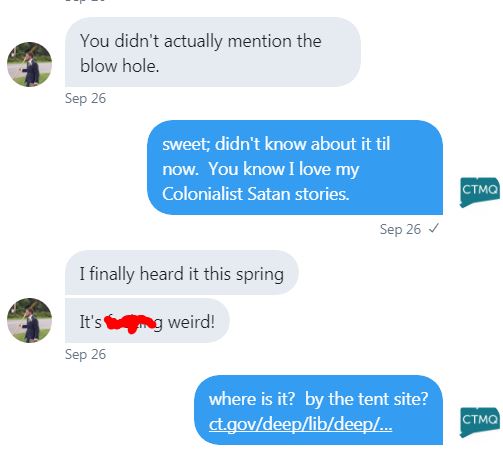 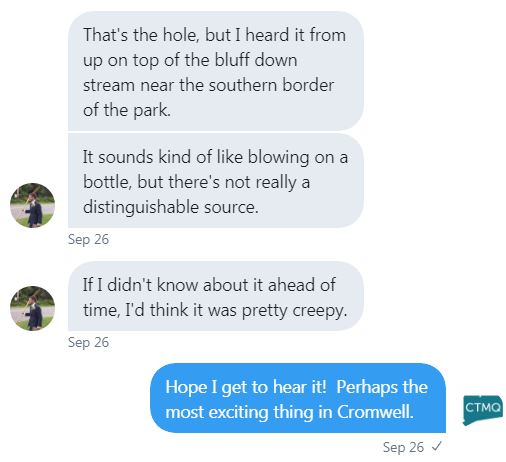 I took the boys to River Highlands State Park and we had a grand old time walking around; checking the view from the bluffs, skipping rocks in the mighty Connecticut… but the whole time I was straining my ears trying to hear the call of the Devil.

The blowhole itself is… completely nondescript. The state’s description of it is a bit more descript: 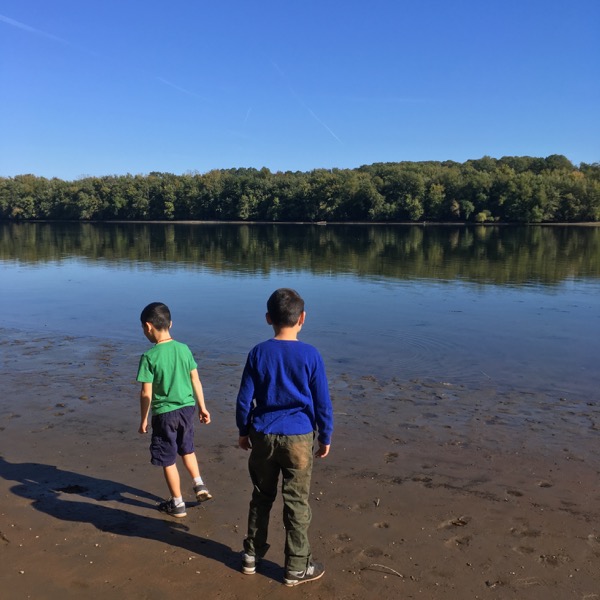 When the land was acquired for the state park, the New York Times ran a piece on it. It included this:

The Connecticut River Highlands State Park is a forest of white pine, mountain laurel, beech and oak trees situated over a bend in the river that sailors used to call ”the blow hole.” Local legends say sailors discovered that the winds whistled through that area, speeding their trip past this point. But Ms. Adams said they realized people would laugh if they named the former Allegretti property “Blow Hole State Park.”

I believe my friend above when he said he heard it. He’s a lawyer after all, and lawyers never lie.

Unfortunately, I heard nothing from the bowels of the underworld all day, but whatever, there it is: Devil’s Blowhole in Cromwell, Connecticut. 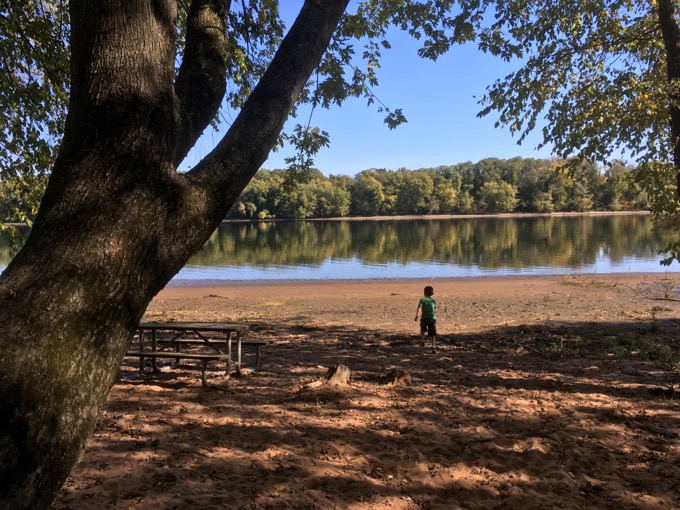