I waffled and wavered far longer than you’d want to believe on how best to present this page. Should I just write an addendum to my original Olde Burnside Brewing page? Or create a whole new page?

Well, now you have the answer to that question which you never asked: a whole new page. Enjoy.

If you’re confused, let me explain. 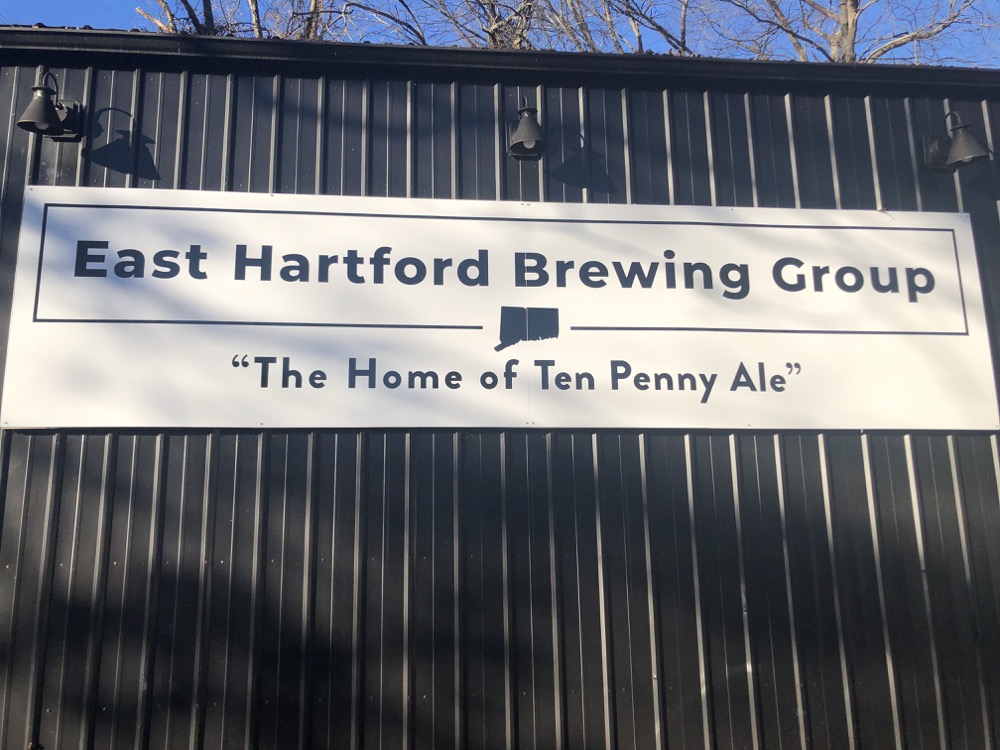 Olde Burnside Brewing opened at the turn of the new millennium in November 2000. It was one of the “old new” Connecticut breweries. They were the coolest thing going for a good decade or so around here; unwavering in their traditional line-up of good beers. Their Ten Penny Ale was one of the three local beers you could ever find in bars for several years. But the stubborn Scots behind the brand refused to bend to a changing marketplace and an evolving consumer palate.

I eulogized Olde Burnside fairly extensively on their own page, so there is no need to recapitulate that here, but they closed at the end of 2018 and while nostalgically sad, it didn’t really surprise any of us who kept close tabs on the industry at the time. 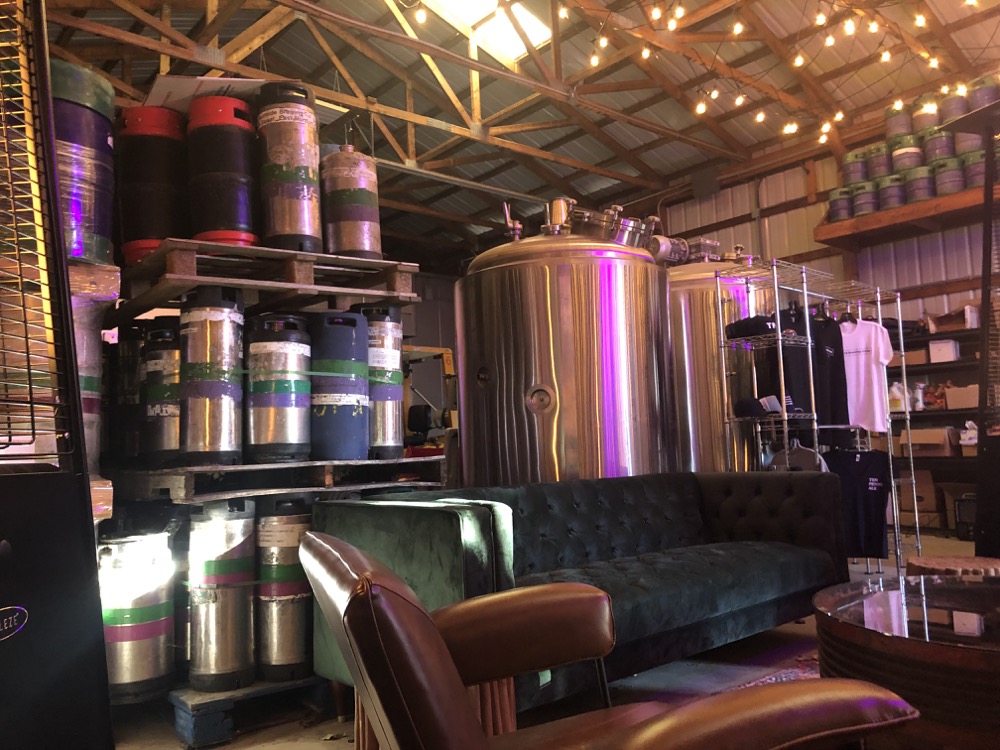 I no longer keep close tabs on the industry, but since I was sort of “the man” back in 2018, I received an odd phone call one day in 2019 from a very nice man complimenting my page on Olde Burnside. It turned out that this nice man had a secret story to tell me.

He was buying the brewery and all the classic Olde Burnside recipes and beer names with it. He was an OG OB superfan and wanted to keep the brand going. Now, he also told me not to tell anyone that he was doing this (which I didn’t) and to make sure I keep an ear to the ground for the revival of Olde Burnside. 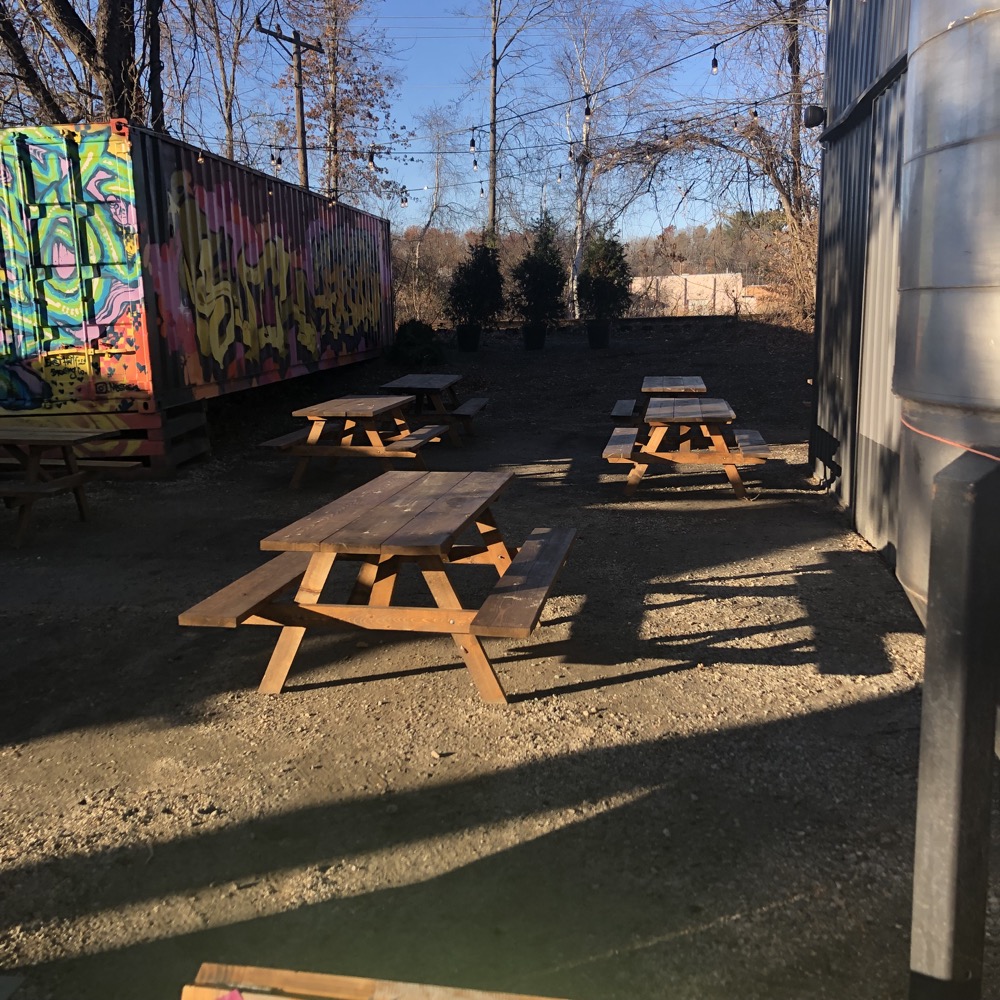 I wondered if this was a good plan or not. I also wondered what the point of telling me this insider info was anyway – more than a year before anything became public. The man was Jon Hoenig and he’s not some schlub. The Hoenig family has owned the Thompson Motor Speedway since 1939. They also own an 18-hole golf course up there. Jon is the CEO of the ownership group and as he said to me on the phone, “I just love Ten Penny and have always loved Olde Burnside.”

He simply didn’t want the brand and their most famous beers disappear and be forgotten. And he followed through. Jon strikes me as a guy who gets things done. 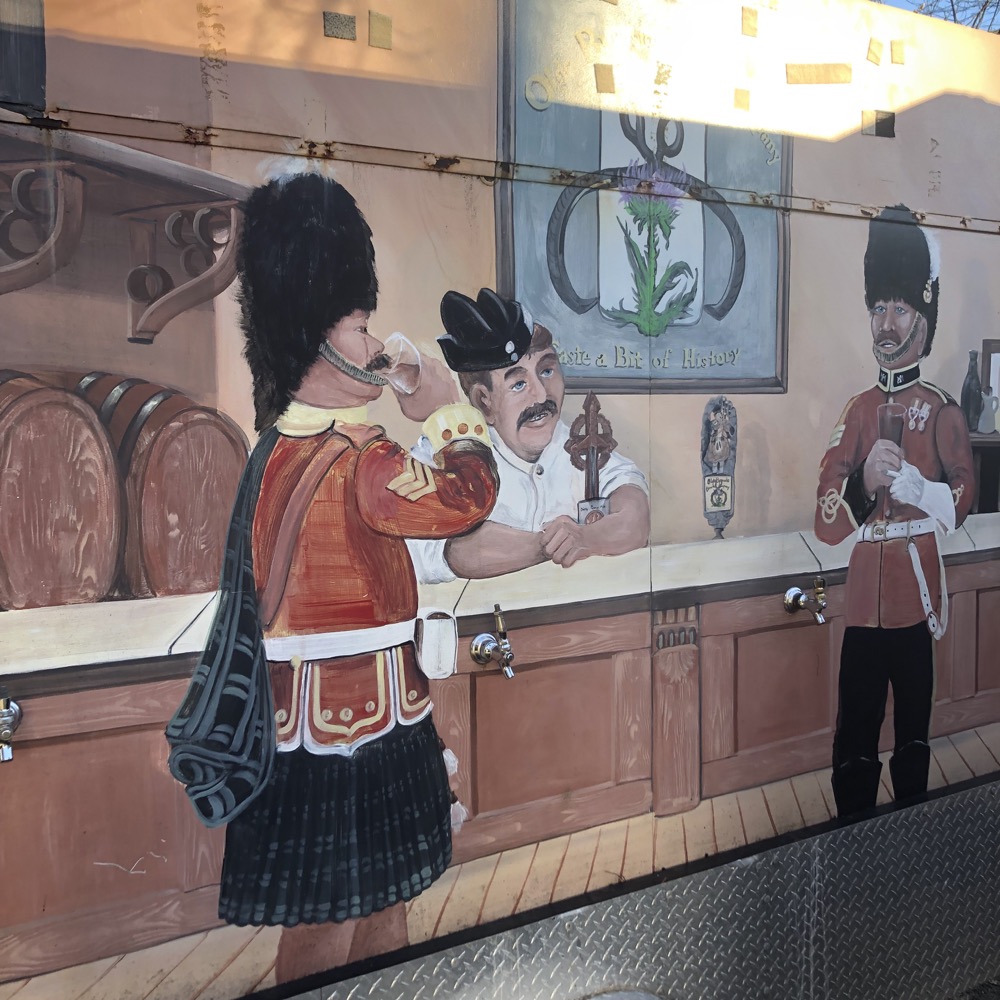 East Hartford Brewing Group had the unenviable task of opening in the middle of the COVID pandemic. They also had to try to somehow shoehorn in a taproom at the same East Hartford location Olde Burnside occupied for two decades. The original brewery never had a taproom. They did cobble together an outdoor “beer garden” which was – let’s be honest – a tiny patch of parking lot under a shopworn tarp with views of broken down trucks and storage containers. Too little too late for them.

EHBG operated as a distribution-only brewery for its first… I don’t know, let’s say year. (Pandemic time scales are warped and I don’t feel like looking.) You could drive to the brewery and purchase 4-packs.

I bided my time and waited for more of an experience. And perhaps I should have continued to wait a bit longer. 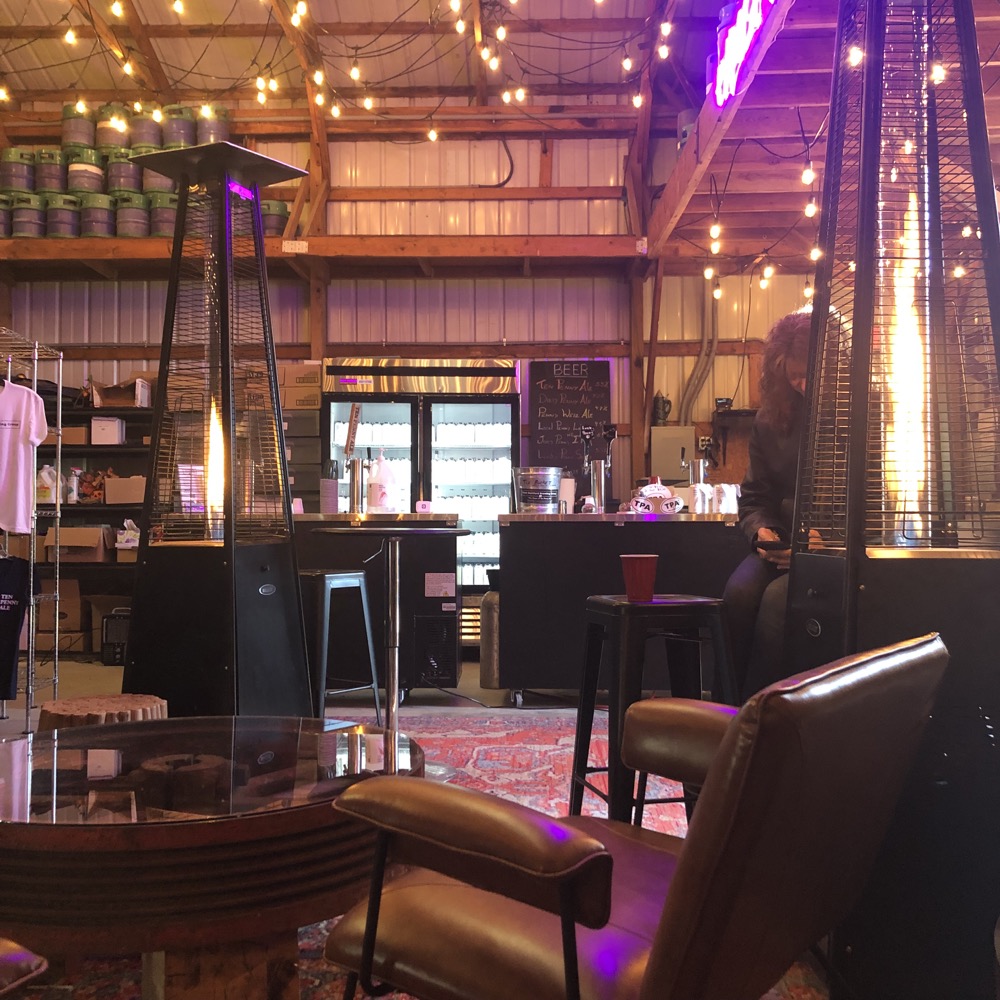 The “taproom” works here in nice weather. It is located in the brewspace at the back of a corrugated steel garage. Basically. It is not heated. When it’s cold outside, it’s cold inside. There are picnic tables set up outside in that same East Hartford semi-industrial area for the warmer months.

There are couple of couches and some chairs and a propane heat source inside. When other people come, they must slide a huge and difficult to move door. If you’re lucky, there won’t be an arctic blast coming through at the same time.

This situation will surely(?) be remedied at some point, hopefully in 2022. I don’t really know what they can do, as the plot of land is what it is here. There’s a DIY old school “we’re just about the beer” thing here that part of me appreciates. But in the new post-2015 world of Connecticut breweries, this isn’t going to cut it.

I’d bet that the majority of people go to breweries now more for the experience than the beer. Need to use the restroom here? Go out the door, around the corner into the parking lot, and: 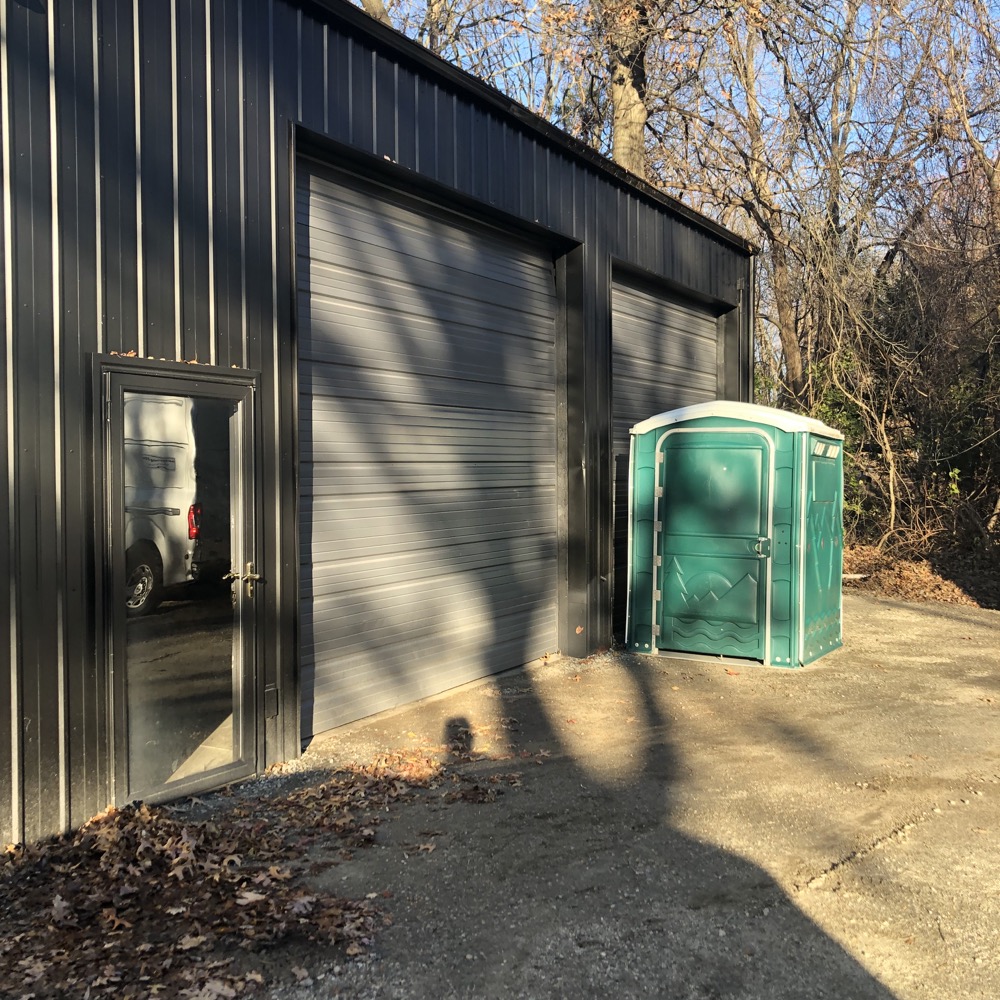 For real. At the time of my visit, they’d been open as a “taproom” for several months. I’m not even sure this is legal.

Okay, so the experience here is lacking. What about the beer

We are excited to grow off the rich history and roots of our predecessors. As we expand, we will continue to pay our respects to Old Burnside, be it through reviving old favorites or paying tribute through design. We welcome you to come down to the brewery and join us for some good times and even better beers. 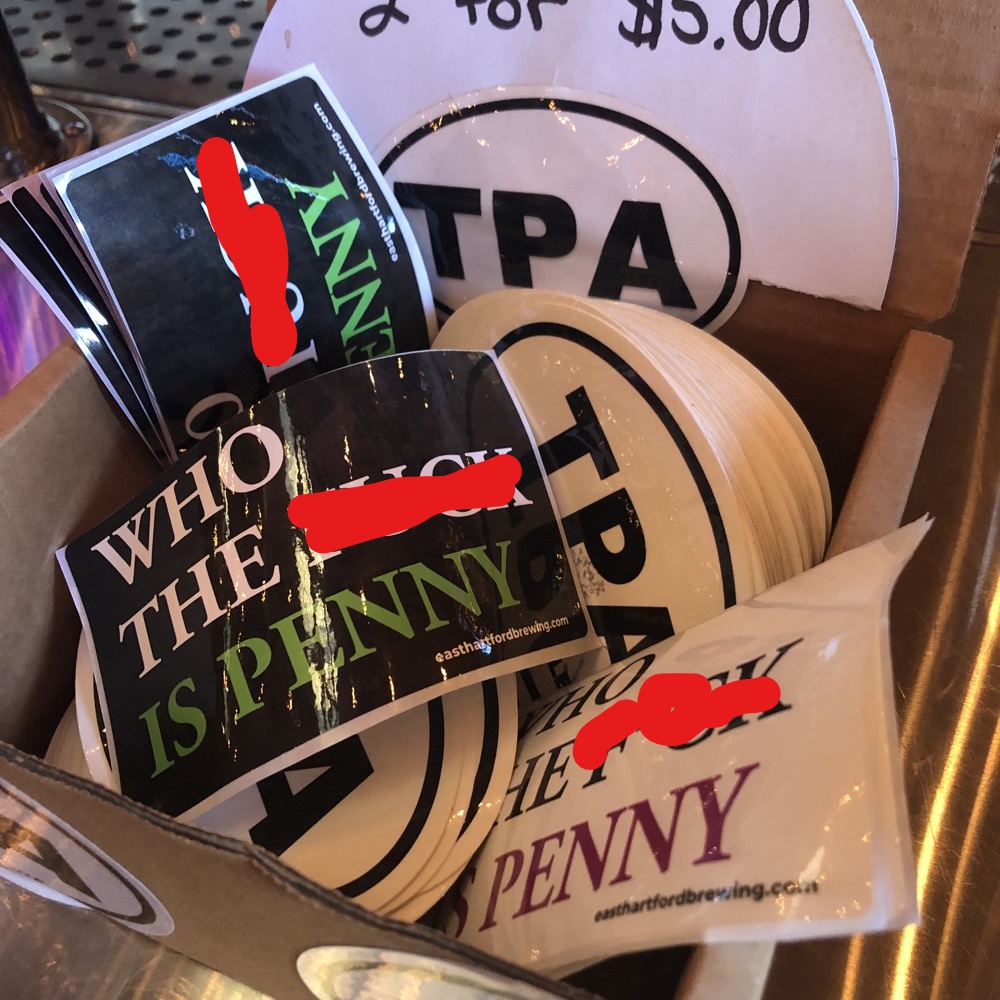 This… this is not something Olde Burnside would have sold

Cool. I had bought some of their revivalist Ten Penny Ale and was pleasantly surprised by it. It is Ten Penny Ale. Now, granted, they bought the recipe and use the same water (which is supposed to be great here and have the same properties as some special water in the Scottish Highlands; a claim I never gave much credence to, but whatever) and likely got some guidance from Bob “Burnside” McClellan himself, but even so, I was impressed.

At the source, there were only a few options available on tap. I went with the West Coast Penny, a supposed West Coast IPA. It had Columbus hops in there, so that’s good, but also Citra. And it was delicious, but I’m old enough to remember that the “West Coast IPA” gold standard is Sierra Pale Ale and that beer has certainly never seen a Citra hop.

They were playing country music during my visit. Loudly. The Port-a-Potty situation was better than the music situation. Sorry, I just got distracted. Where was I? Oh yeah, the beer. I noticed something on EHBG’s website that I found interesting: 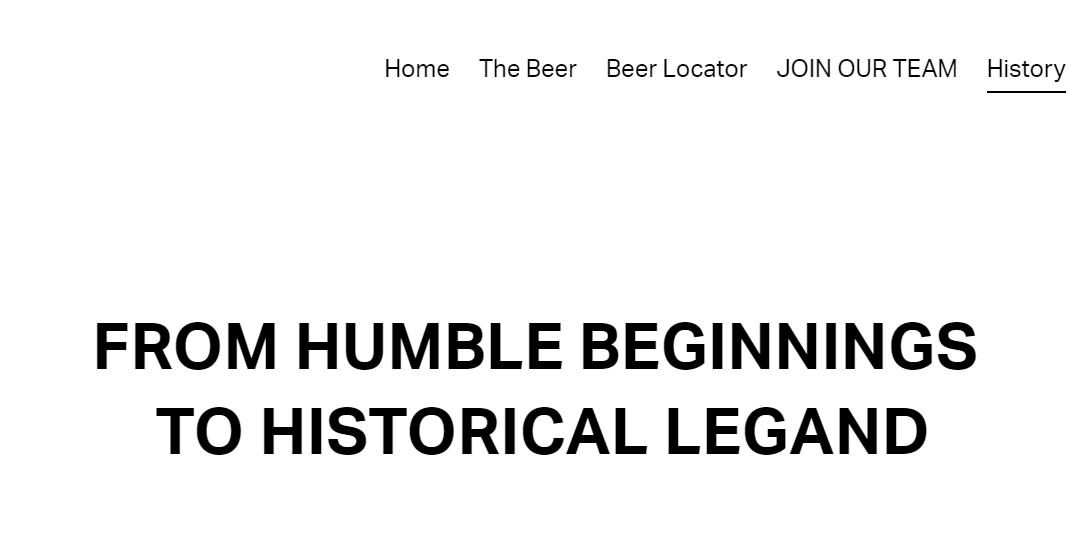 No, no, not that you jerk. Sheesh, everyone makes mistakes. I’m talking about this:

Much like you we love craft beer – we love drinking it, discovering it, learning about it. We consider the craft beer community our friends and family. We spend our weekends traveling to different breweries, immersing ourselves in their own unique atmosphere and brews. Sadly, as the craft beer world expands we’ve had to say goodbye to some of our favorite brews to make room for new favorites and experiences. However, we’ll always look back fondly of those first craft beers that got us into this wonderful world in the first place. In fact, we decided to do more than simply reminisce about the beers of our past – we’ve revived them. After years of research and dedication we bring you East Hartford Brewing Group. 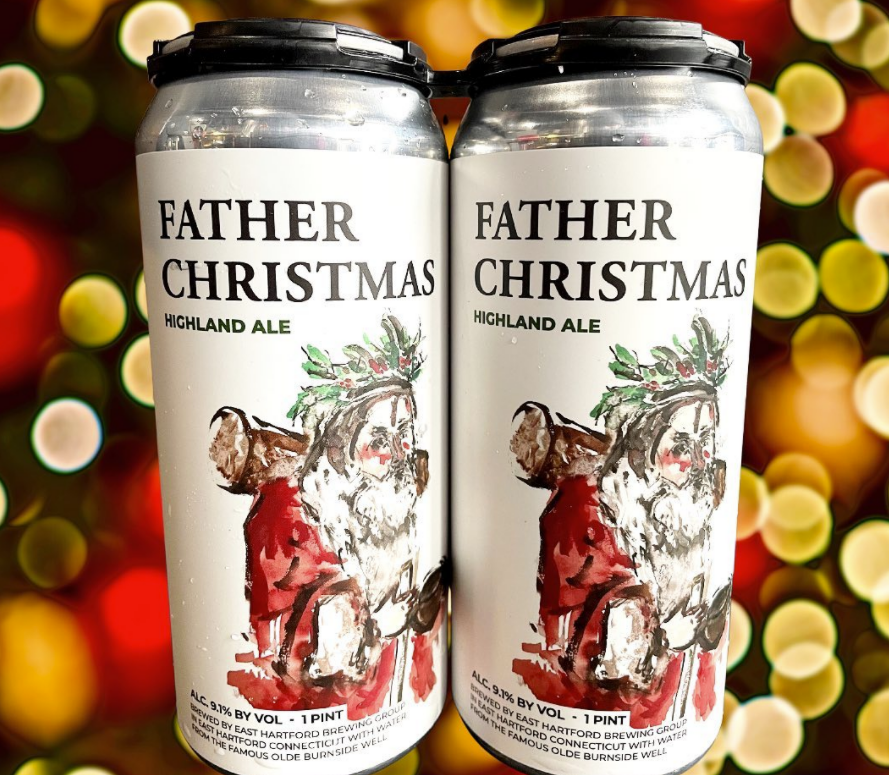 “… As the craft beer world expands we’ve had to say goodbye to some of our favorite brews.” I know I’m thinking way too hard here, but Olde Burnside refused to say goodbye and keep up with the kids these days. I take this as EHBG saying that they get that.

But the new guys are absolutely wedded to the old guys. Every beer has the word penny in it: the classics are back (Ten Penny and Dirty Penny, Penny Weiz) and there’s a whole new line-up (Pale Penny, Lucky Penny, West Coast Penny, Local Penny Lager, Juicy Penny, and Leafy Penny Oktoberfest, and something called Polar Penny). They’ve even revived the old Olde Burnside Whales, bro! 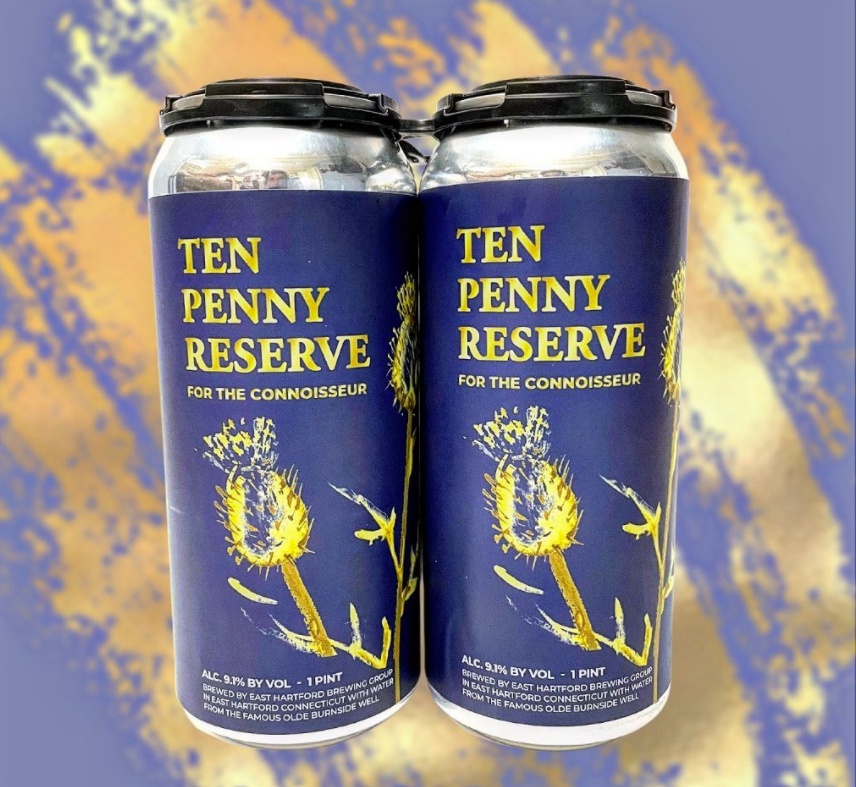 Ten Penny Reserve and Father Christmas?! Wow. The Reserve is a rich and hearty “wee heavy” scotch ale and the Christmas one is a sort of holiday ale. They even put the Reserve in a blue can to remind us old heads of the old blue bottles of Olde Burnside’s limited line-up. That’s impressive.

I don’t know how long EHBG is going to keep the penny thing going and I don’t know when they will have a heated space. Or even if they will ever change what they are doing right now. It’s cool that the owner stuck to his plan that he tepidly laid out to me several years ago and despite the limitations of the physical space, my personal connection to some of these beers is strong enough to pull me back again in the future. 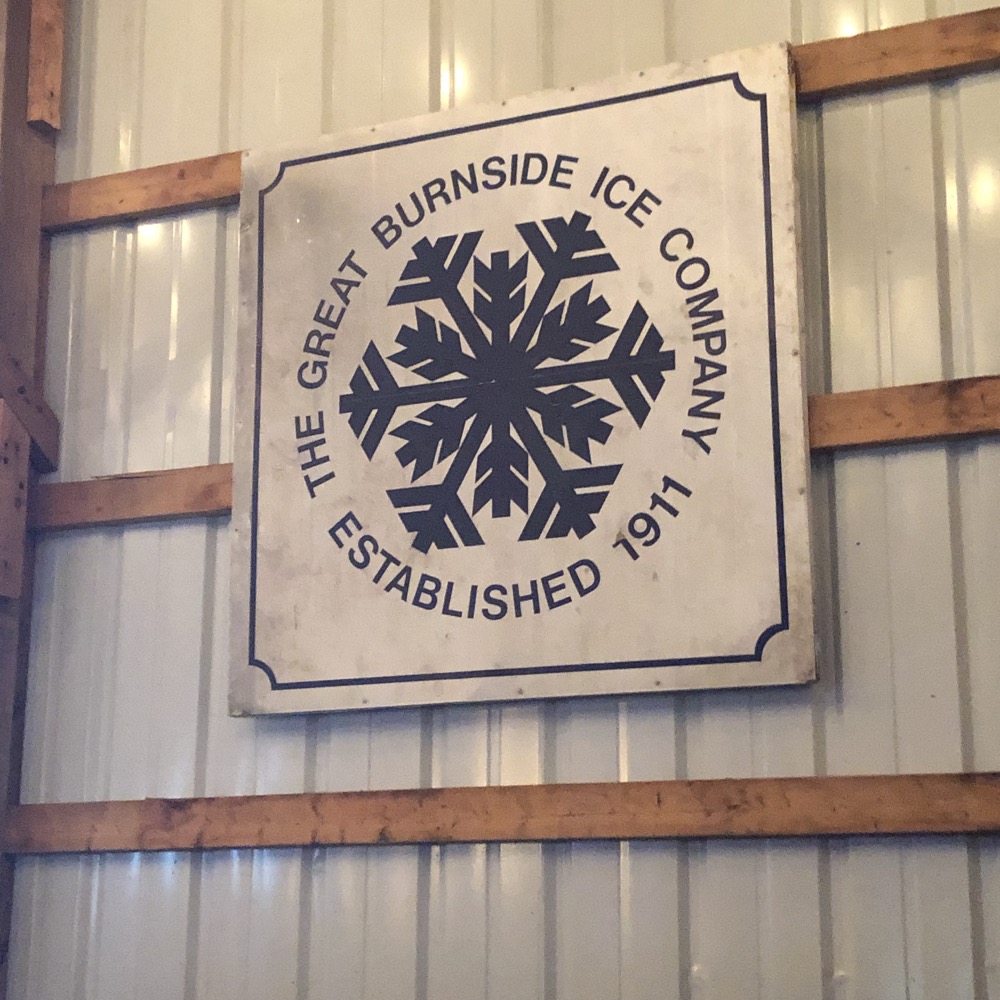