CTMQ > Family > Smith-Magenis Syndrome > Essay: It Just Tears Me Up

Note: I wrote this essay way back in January 2009, pretty much just for the heck of it. I submitted it to Newsweek but only received a “Thanks, but we’re changing the format of “My Turn.” Good luck.” I never did anything with it and totally forgot about it until about 20 minutes ago because I’ve been feeling guilty about not writing a 2010 Damian update.

Since I think it’s not half-bad and I have some good late 2008/early 2009 never-before-seen on CTMQ pictures… Here you are. It’s all still valid, and probably always will be, except the happy times with Damian outnumber the difficult times by a fairly wide margin.

Oh, and because I’m proud of the double-edged title meaning, I’m writing this sentence. So there. 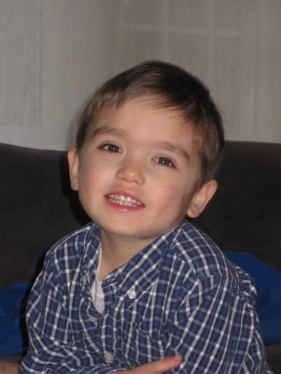 My three-year-old son Damian is an achingly cute and engaging little boy. His big brown eyes and perfectly aligned dimples almost force passersby to comment or mime for a smile and a wave. I (and he) never tire of the attention we receive when we venture out. What people almost never realize upon seeing Damian curiously browsing the bookshelves or asking for a slice of cheese (“sgeeeezzsh”) at the deli is that he has a rare genetic disorder called Smith-Magenis Syndrome.

Just one of countless chromosomal disorders (with countless more surely to be identified as techniques improve), SMS affects our family just about every minute of every day. No, Damian will not die young from SMS and has thus far avoided many of the physical concerns many other SMS’ers face – a fortuitous happenstance which my wife and I fully recognize and appreciate. However, as is the case with many rare and under-diagnosed genetic syndromes, Damian presents us with many daunting challenges in all facets of our life. 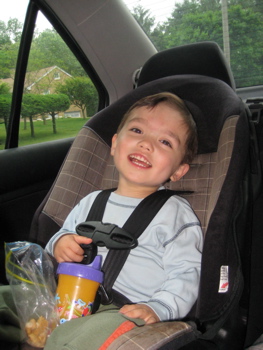 Damian is “globally delayed” both physically and mentally. Navigating the maze of special needs legal trusts, insurance coverage for his therapies, and visits to the health professionals with no knowledge or experience with SMS has been an adventure. Dining, bathing, shopping, traveling… The list of daily activities that now require constant foresight and consistent planning is endless. But these are the “easy” issues many parents of special needs children deal with.

The emotional difficulties are far more profound. Neither my wife nor I were prepared for this life and we are continually learning something new about ourselves and our relationship. All new parents experience this of course, only to a differing degree. A random micro-deletion on the 17th chromosome is responsible for Damian’s SMS and it is a source of constant fascination (and frustration) that a tiny error in Damian’s genetic code can result in such a maddening array of seemingly unrelated developmental issues. 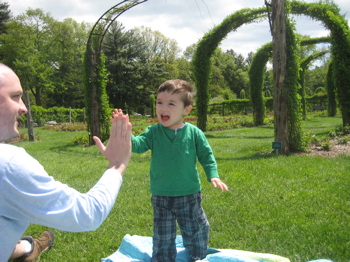 Who would guess, beyond the developmental delays, that missing this tiny piece of DNA often results in continual ear infections when young, eye and kidney issues, scoliosis, heart murmurs, wide feet, jutted jaws, and generally small morphological features? Or that this same genetic mistake essentially obliterates the circadian rhythm to such a degree that normal sleep becomes non-existent – for all of us? Or that missing this bit of genetic code manifests itself with far too many unprovoked and uncontrollable violent tantrums, the SMS hallmark of which are self-injurious behaviors that include tile-floor-cracking head slams, heartbreaking self-hitting and biting, as well as self-inflicted finger and toenail removal?

We quickly learned that one of the many impossibilities with many special needs children is how to discipline an outwardly undisciplined child whose response to normal discipline is often an attempt to not only destroy any and all objects at hand, but his own fragile body as well? We are forced to create new and different parenting techniques as we grow together. The stack of parenting manuals every new parent receives have sat unread for two years; mostly inapplicable to our lives. 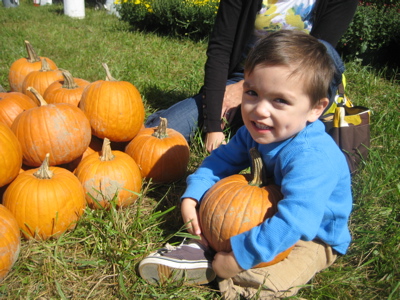 The future weighs heavily on special needs parents. Often, self-injury results in difficult questions from future educators, doctors, or possibly a well-meaning social worker or policeman. Damian will create a raucous many times in many places, and we will be deemed terrible parents. And looming heavily, where and how will Damian live when we can no longer care for him? We sleep and wake with these issues every day and we are not alone.

We are often lauded for our parenting skills in the face of all this. We are told that we were somehow chosen to raise Damian because we are such exemplary and patient parents. While always well-intentioned, I must admit that being on the receiving end of these comments does us no favor. We are no different than countless parents of special needs children and for the most part, if you were in our position, you too would be thrust into the role of hyper-nurturer with infinite patience. It just happens. 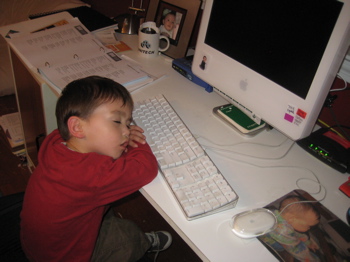 Damian has changed us. I will not pretend that being his parent is easy in the least, or that we don’t crack and share tears on an all-too-frequent basis. It is incredibly difficult watching your child suffer and struggle with things we all take for granted. Dealing with the stares and unwelcome reprimands of the public can be too much to bear. But SMS has made us stronger, advocating for the special needs community and constantly trying to educate the curious and/or rude. I am not afraid to admonish a teenager for calling their friend “retarded” and I am always willing to discuss my son’s odd behaviors.

And yet, through it all, Damian fills us with an incalculable joy we never knew existed. A type of joy I wouldn’t wish on anyone… or trade for anything.

Last week he took his coat off by himself for the first time. He unzipped it, threw it open, struggled, grunted, plopped down on the floor, wiggled, little pink tongue poking out… A tug here, a shimmy there. Finally free of the coat, he clapped for himself and walked away with his typical nonchalance. I merely stood there, silent in the kitchen for a moment and felt an emotion that I don’t think language is equipped to describe; pride, sadness, elation.

It just tears me up.