Newtown deserves great things. Its children deserve whatever fun and safe entity the town can support. Granted, the majority of the local kids visiting this children’s museum were have no memory of – or were not alive when – tragedy struck their town in December 2012, but the dark cloud and stream of tears will forever hang over the town. 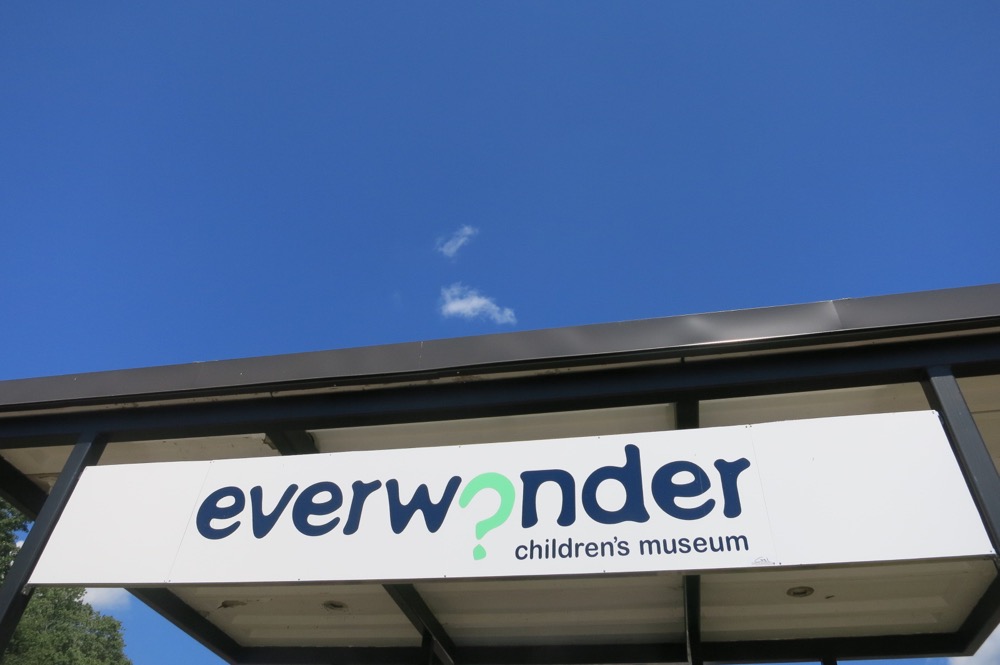 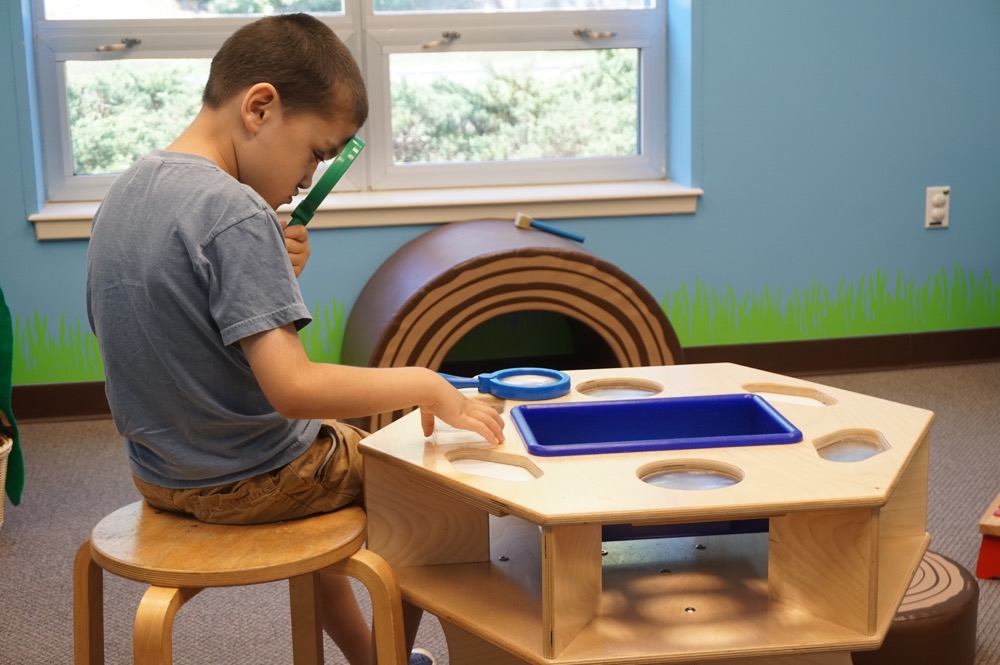 We visited a little over a year after EverWonder opened, but I have a feeling that when it did, in April 2015, there was some tiny piece of healing for some kids and parents. EverWonder is a happy place, and happy places are good places.

The concept for the museum began in early 2011 by a group of local mothers who wanted a children’s museum closer to home. Their dream first revealed itself in a mobile unit that traveled around schools, libraries, and birthday parties in Newtown and surrounding towns; packed with fun sciencey hands-on activities and such. This brought awareness and the all-important funding their way. In 2013, EverWonder Children’s Museum opened a physical location called “The EverWonder Experience.” This was a tiny museum in a rented space that was packed with some of the exhibits we can see today. 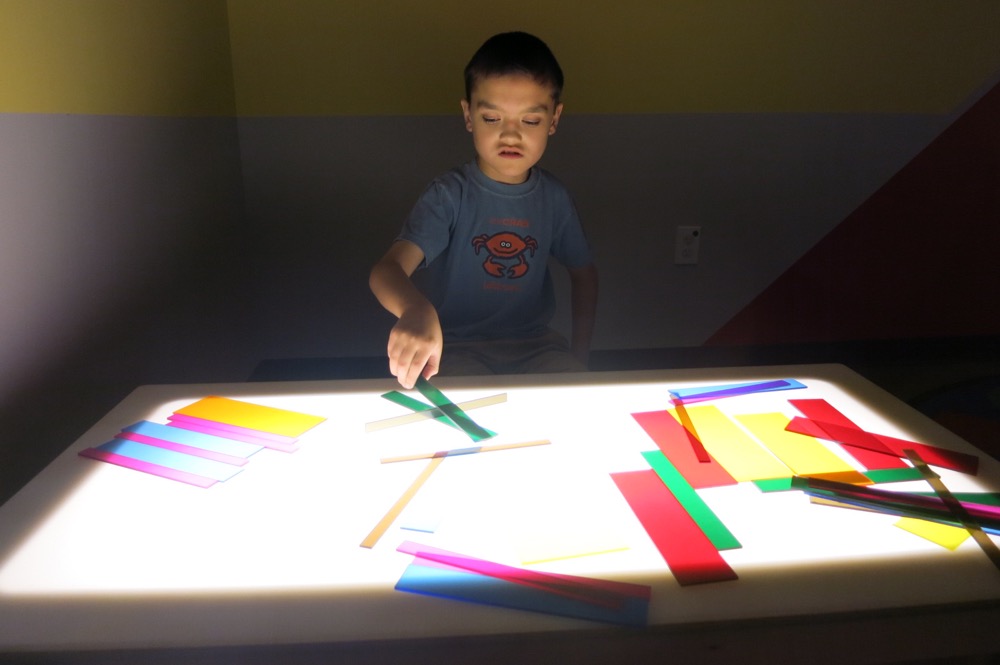 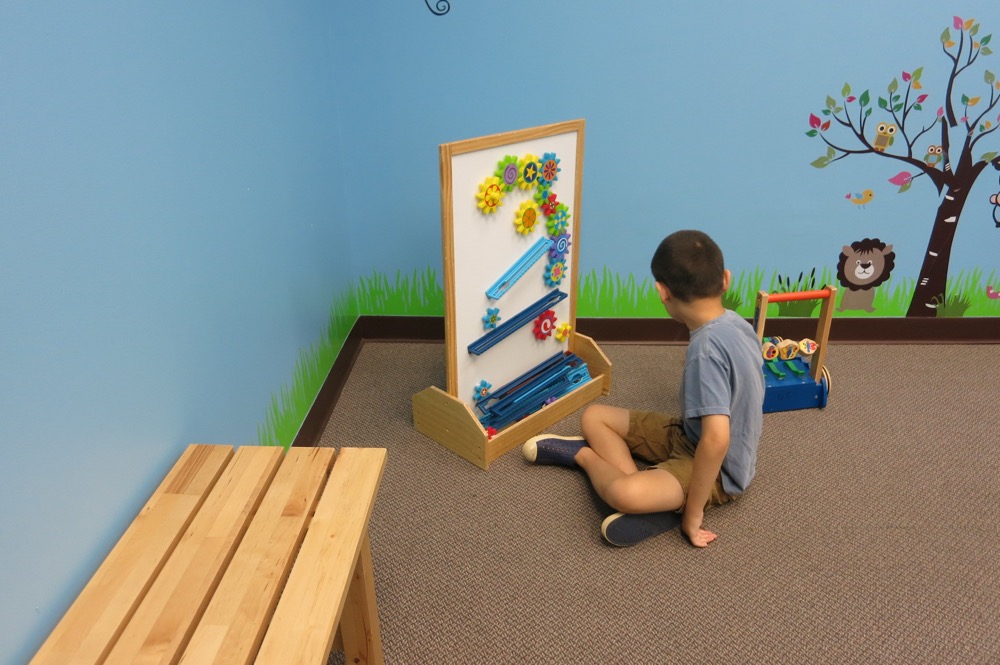 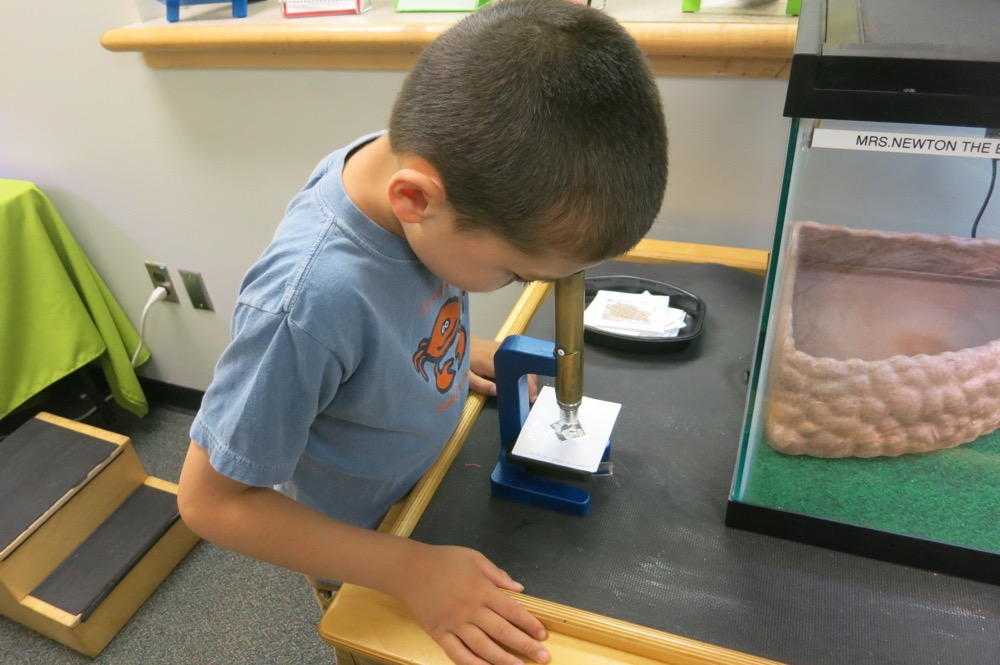 But it was too small. But two years later, they had their own much larger space and EverWonder as we now know it was born.

EverWonder Children’s Museum cultivates a lifelong love-of-learning in children by encouraging them to think, inquire, and wonder about the world around them. We offer hands-on exhibits and programming to spark imagination in the fields of science, technology, engineering, arts and math.

I really liked how this place does meld all of the above. To focus on art, or at least the artistic side of science and engineering, is pretty cool. Especially when you have kids like my younger son Calvin who loves art and doesn’t know how much of what he builds and does involves math in the end. (My other son Damian just loves all the “action/reaction” builds here so he was as happy as can be. 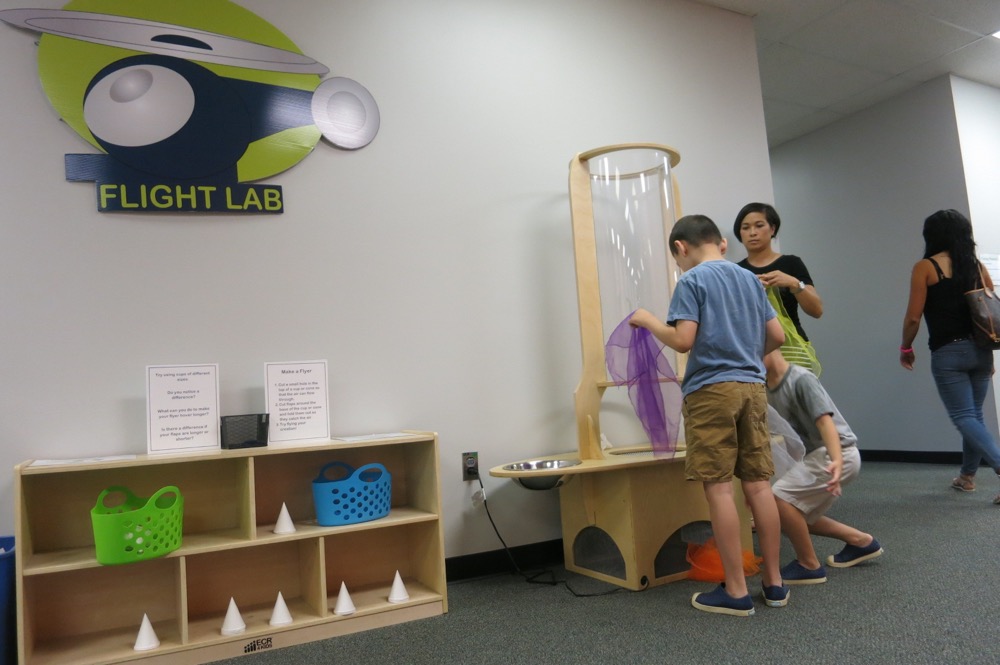 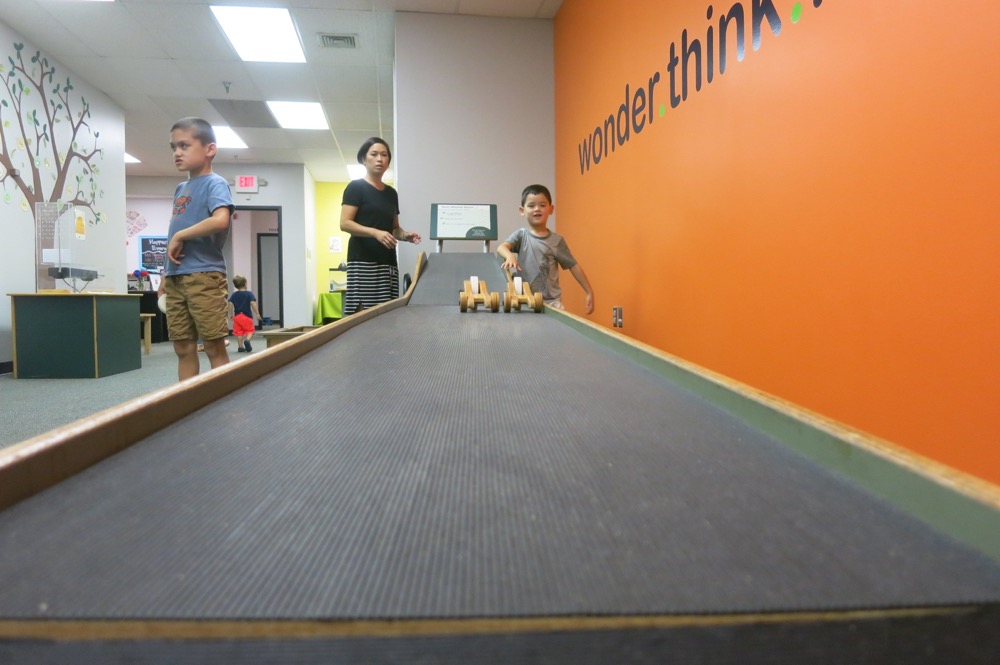 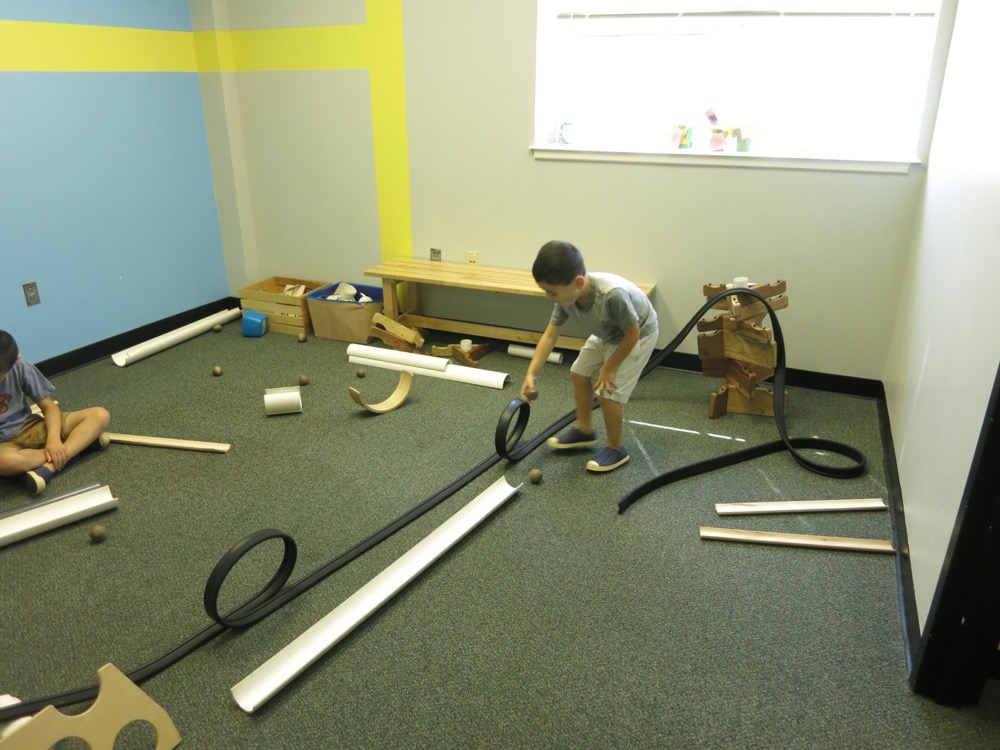 EverWonder is a “Choose Your Own Adventure” type of place, and visitors can spend as much or as little time in each room as they’d like. We happened to have had the place almost to ourselves, which was a good thing since Damian gets rather fixated on certain things and is loathe to give them up.

So it would be a good thing for him to visit on Mondays during the summer! Then, the museum is closed to the general public, but is open from 1-4 for all children with special needs and their families. They dim the lights and turn down the volumes on each exhibit, and there are fewer visitors. Awesome.

(Damian doesn’t care about lights and sounds, but the fewer other kids around the better.) 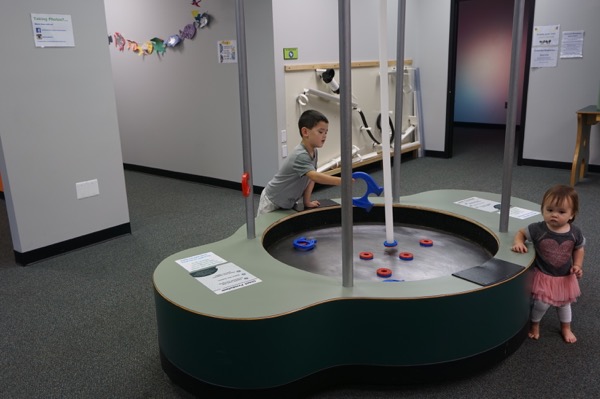 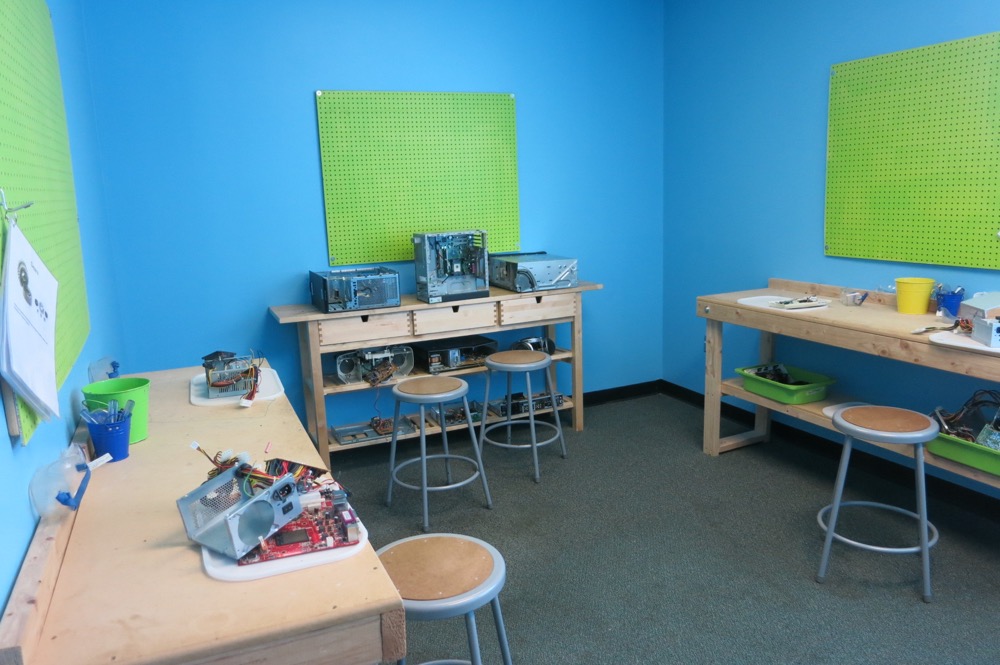 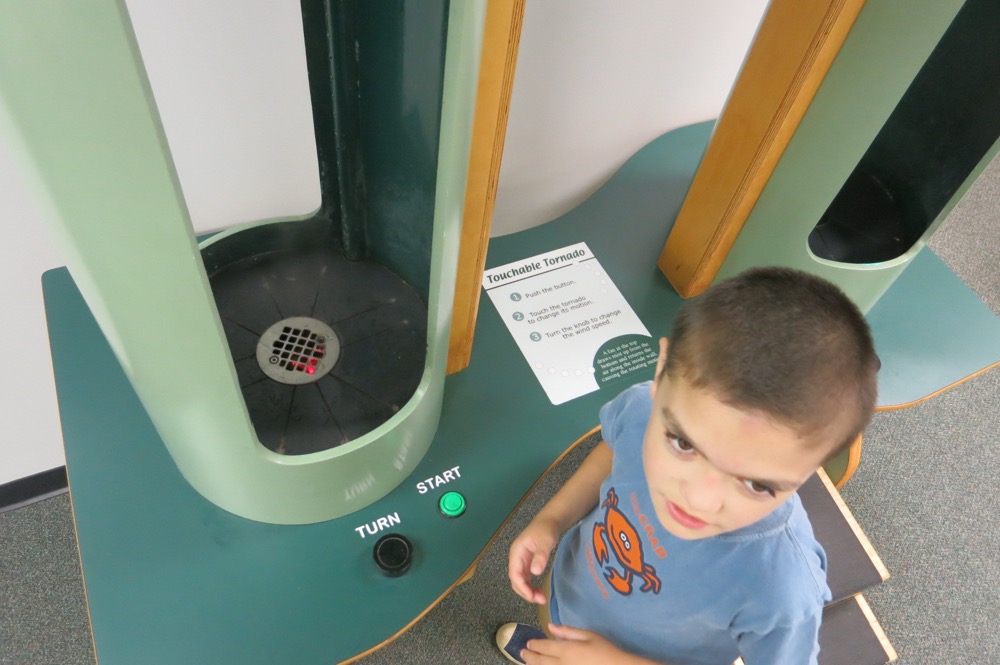 Calvin? That kid will befriend anyone – or at least that was the case at five-years-old. But for this day anyway, he pretty much only had his fuddy-duddy parents to hang out with.

Alright, there’s really not all that much to explain here. Which is weird because I have about 100 pictures from the visit. EverWonder has the sections you’d expect. Things like Technology Corner, Adventures in Engineering, the Imagination Playground, Wacky Weather Wonders, a few live animals of course… all that stuff.

And it’s great stuff! Everything was in working order during our 2016 visit, and since this is a private museum with a modest entry fee ($8 per), I think you can expect most things to be operational when you visit with your charges. 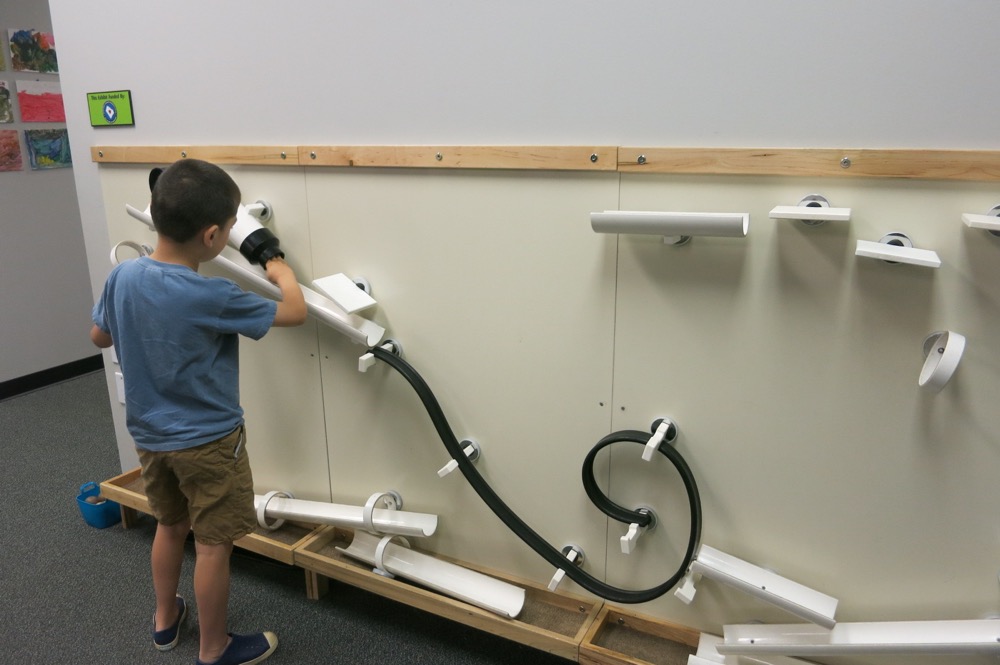 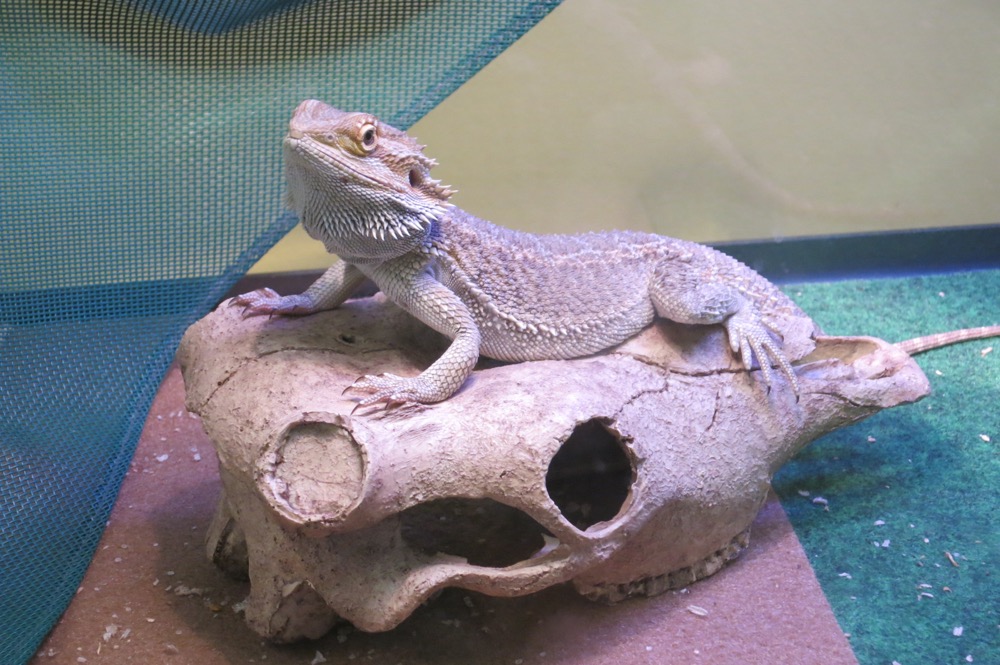 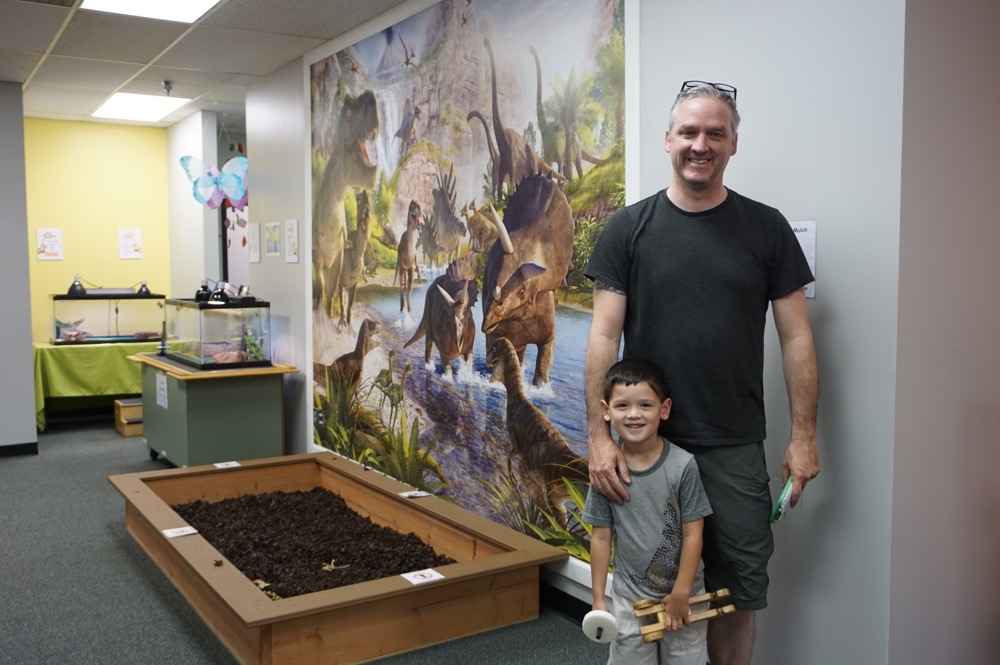 There is a lot here to fascinate Damian. Marble runs like Quadrillas, ramps… any sort of Rube Goldberg anything. Calvin had his LEGO builds and light shows and the like. As far as the “what age” sweet spot everyone asks about children’s museums, I’d say this one covers a fairly wide range of…3-9 or so. There’s enough to keep the older end of that bracket busy and it’s all accessible enough for the younger set as well.

Oh snap, I almost forgot. They have (or had… but I hope they still have) a Moog Theremin! This was my favorite thing here and Damian’s too, as we are both fans of some weirder musical genres that feature these things. If you’re not familiar, the theremin is an electronic musical instrument controlled without physical contact by the thereminist. It is named after its inventor, Leon Theremin, who patented the device in 1928.

The instrument’s controlling section usually consists of two metal antennas which sense the relative position of the thereminist’s hands and control oscillators for frequency with one hand, and volume with the other. The electric signals from the theremin are amplified and sent to a loudspeaker. 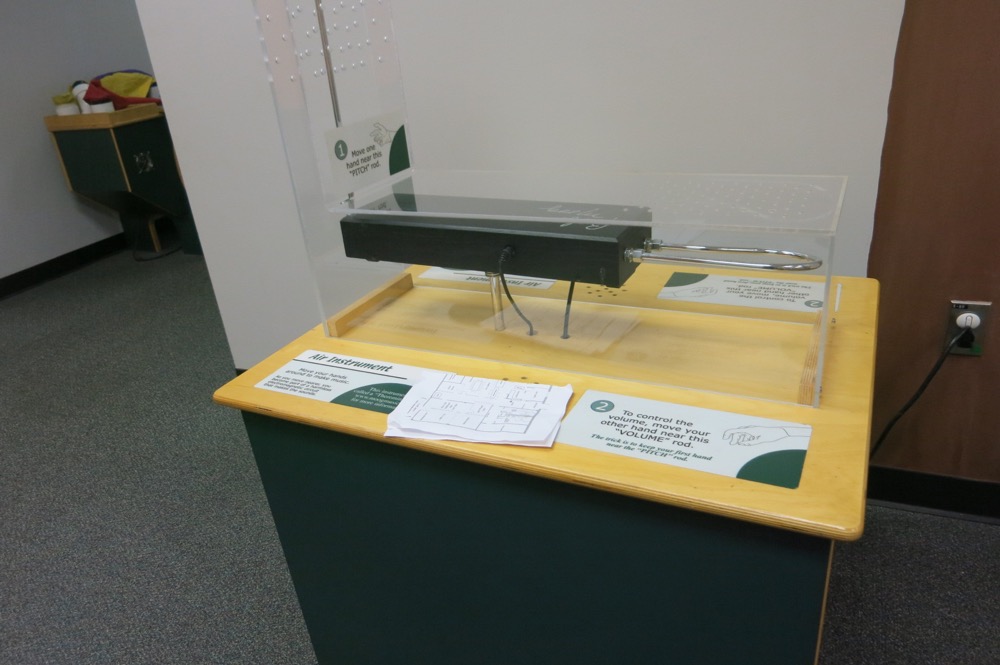 The sound of the instrument is often associated with eerie situations and it’s rad.

My kids enjoyed EverWonder. From a parent’s perspective, it was a little sparse in places but we visited only a year into its life. Now? I’m sure they’ve added lots of cool stuff and filled out some of the empty spaces. I can’t really compare it to other children’s museums because some target younger ages and some go for slightly older. But this is a good one and a good way to spend a couple hours. 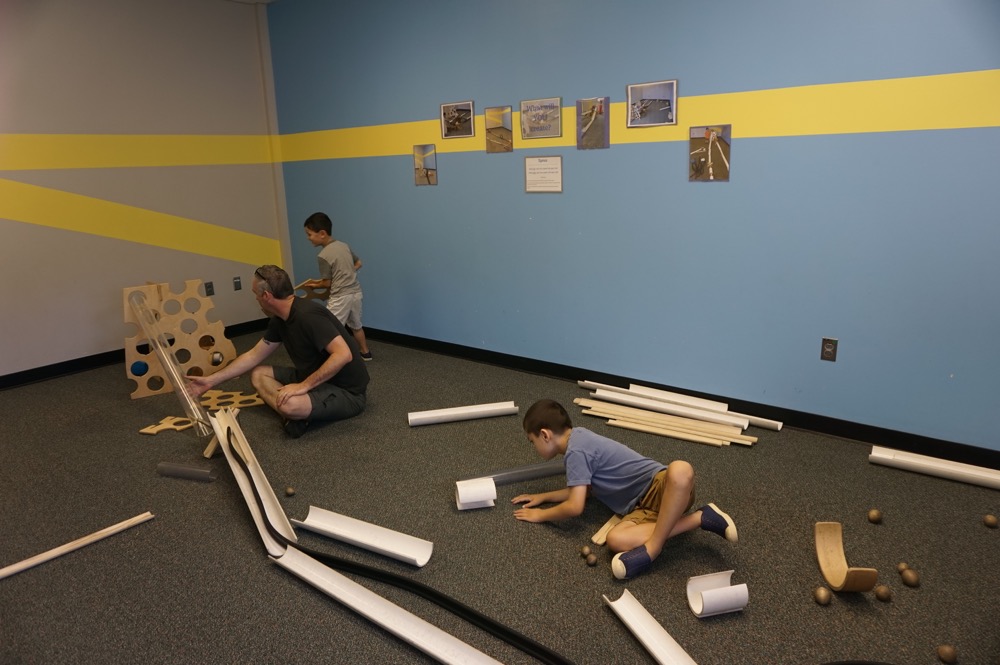 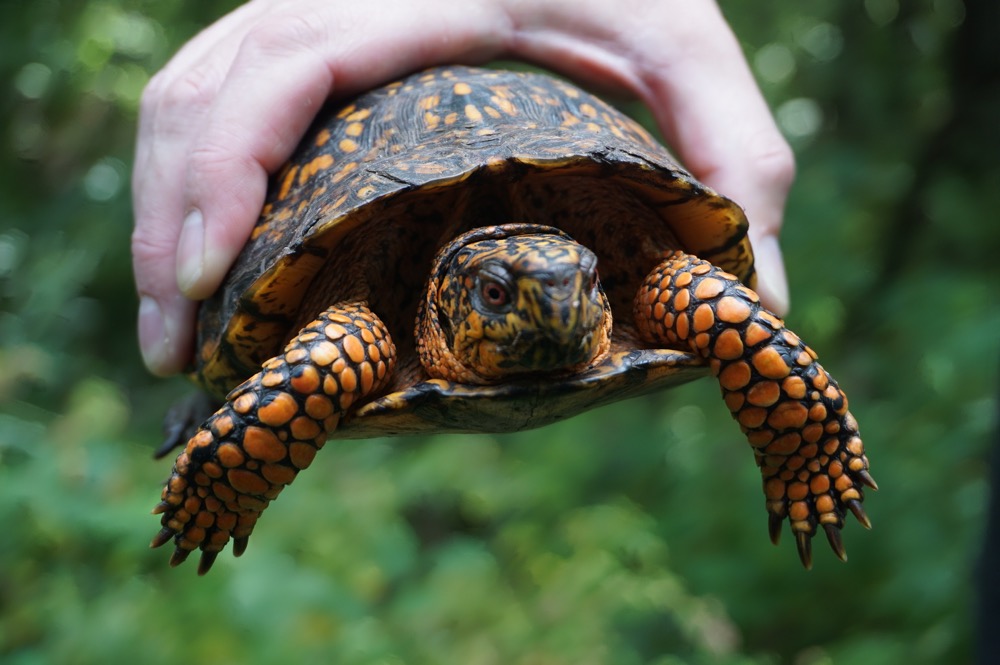 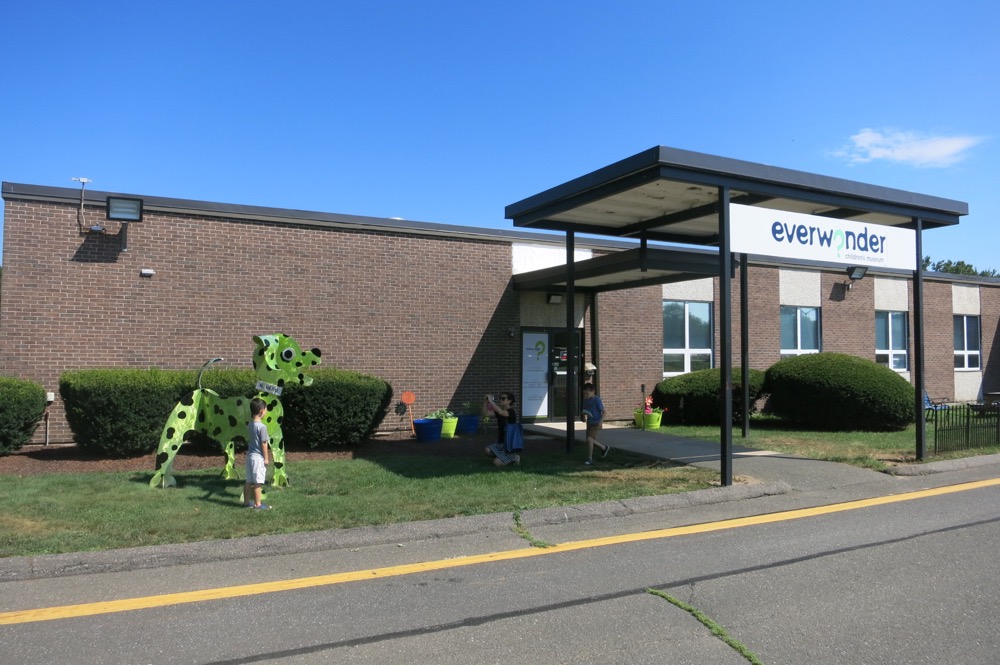