Here is my list of everything I’ve done in Franklin!

I’m very excited to write this page. This is the 13th of what may ultimately be 169 town completion celebration pages! Yes, of course I am fully aware of how absurd that is. Send your condolences to my wife and children, care of the comments below. 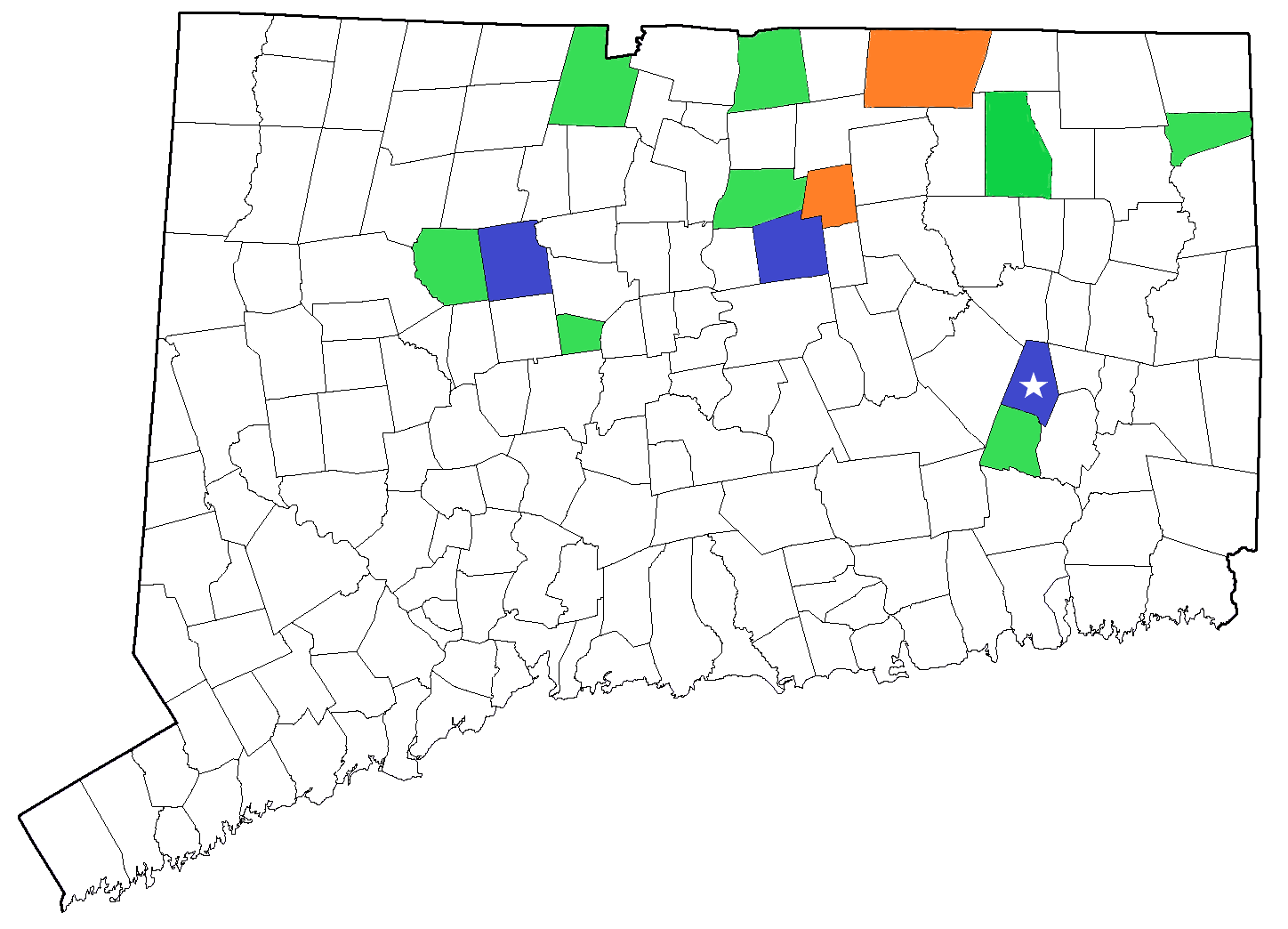 When completing a town like Franklin, I want to share my joy and celebration. And who better to share such a feat with than my son, Calvin. The boy does love to eat, and he did join me for some of what Franklin has to offer. 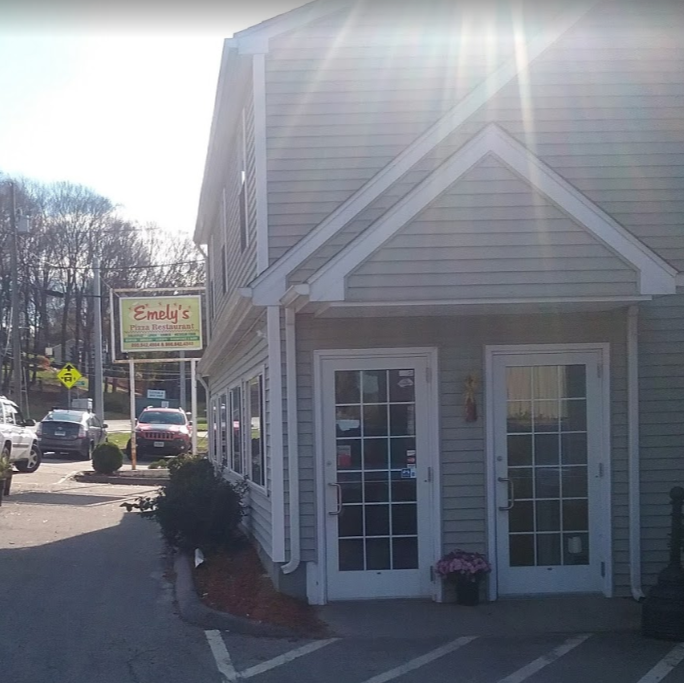 One thing Franklin doesn’t have too much of is restaurants. I had found Emely’s Pizza Restaurant after a diligent search of the town. There are a few other joints here, but nothing that jumped out at me. I chose Emely’s simply because I knew they served Calvin’s two favorite things: pizza and waffles.

Beyond those two choices, Emely’s serves… everything. It has an Italian Mexican American diner type menu. It’s vast. Scanning the room, I noticed a lot of what appeared to be Central American families with a few grouchy old white guys scattered throughout. I overheard our server speak Spanish. The pictured Mexican food on the menu looked way better than the pizza pictures. 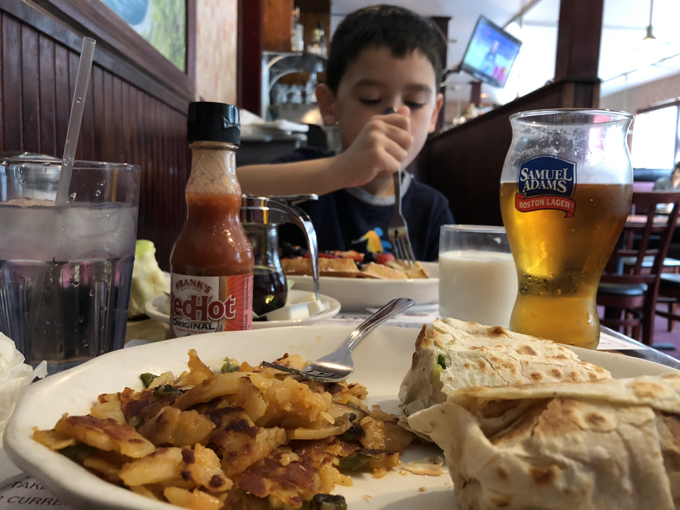 What I’m saying is that it’s weird that Emely’s bills itself as a pizza restaurant when, in fact, it’s so much more. It was late morning, and both Calvin and I were thinking breakfast items. He went with the giant waffle, of course, and I the Mexican breakfast burrito.

Calvin and I chatted about our shared Franklin adventures. The hike up and down Bailey’s Ravine at Ayers Gap was the clear highlight and – checks notes – it was really our only shared Franklin experience. 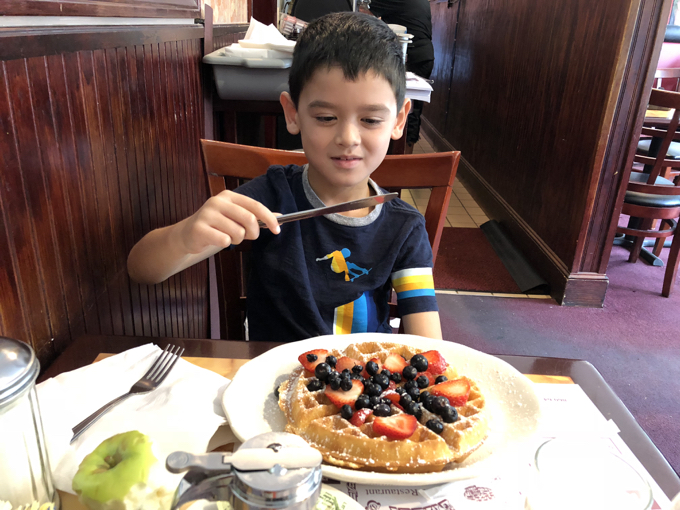 The other two Franklin things worth noting were the Farmer’s Cow event at Cushman Farms in 2010 and Arrowhead Acres Winery. Calvin wasn’t born for the first and isn’t old enough for the second. But forget all that, our food arrived…

Calvin’s waffle looked nice. Perfectly cooked and he reported it was delicious. As for my Mexican burrito, I was right to assume the Mexican food here would be good. It had just the right amount of salsa and honestly, was as good as any similar dish I’ve had anywhere. 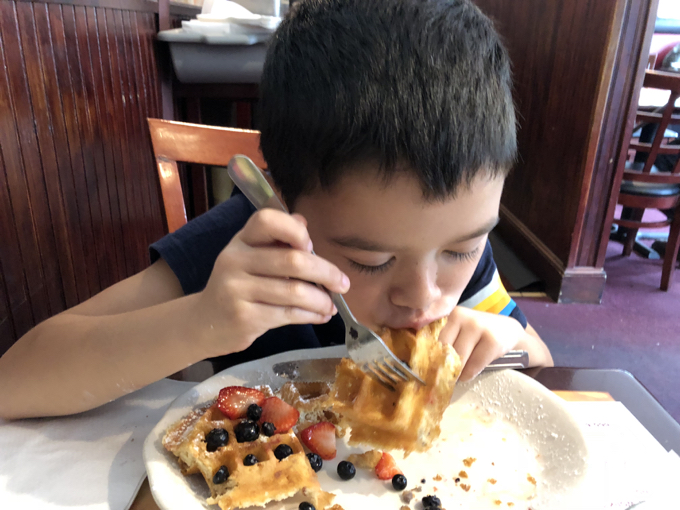 I’ll admit, I entered Emely’s with fairly low expectations. This was mostly because of its massive menu, not the fact that it’s in Franklin. I swear. I loved the fact that our meal, despite Calvin’s $2.25 glass of milk, was under 24 bucks. (My celebratory Sam Adams, friend of Franklin, was only four dollars!)

There you have it: wrapping up a rural town, formerly home to vast mushroom farms, with a delicious Mexican breakfast for lunch at a restaurant with “Pizza” in its name. Thanks Franklin, despite your quirks, I enjoyed you. 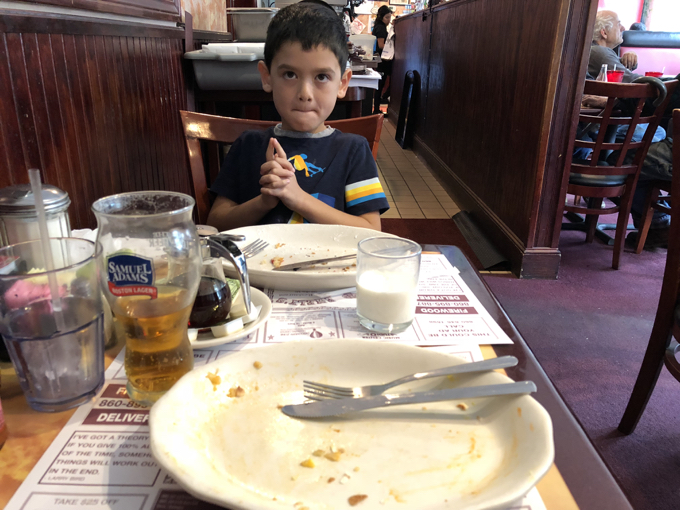 Franklin incorporated as town in 1786 and is named for Benjamin Franklin. I would guess it’s one of the first towns to be named for the man – especially since he didn’t die until 1790. That may be the last time Franklin, Connecticut was at the forefront of anything though.

Sleepy Franklin, tucked away in New London County; far away from the coastline, and at least 20 minutes away from any major road or city. While there are two more museums here than those few towns with none, I can’t pretend there’s a lot of reasons for anyone to go to Franklin. Heck, less than 2,000 people live there, so the chances of you visiting family or friends there is pretty slim. 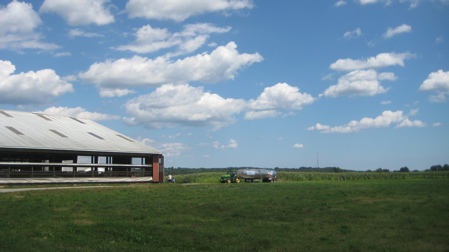 And yet, as with all of my completed towns, I found myself relishing the hunt. Sure, there are a few things I never found; a trail here, an fake cave there, but that’s Franklin for you. It keeps its secrets well-kept.

And the best thing in town, by far, is Bailey’s Ravine at Ayer’s Gap. What better place in the state to stash secrets? With high cliffs, rushing cascades, darkened nooks and crannies, Bailey’s Ravine belies pretty much everything about Franklin. For Franklin is a farming town and the fact that there’s a rugged woodland retreat is just… incongruous to say the least. If you follow the stream’s path down Under The Mountain Road, you’ll swear you were transported to the northwest section of the state. It’s a weird place. 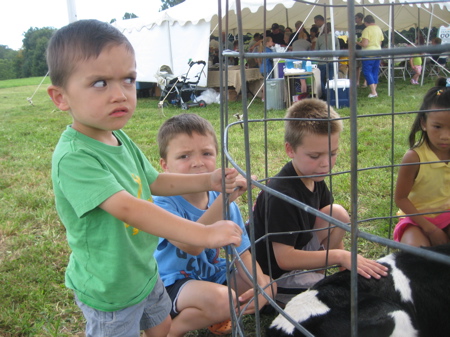 My favorite picture from Franklin: Damian at Cushman Farms

There’s lots of weird in Franklin, but I came to rather love that during my visits there over the years. If you’re there, and you have to get somewhere, nothing seems to make sense. If your destination is west, you must travel north to get south to get west. Or south to get east to get west. Franklin is a vortex, where space and time get warped.

I’m convinced of this. 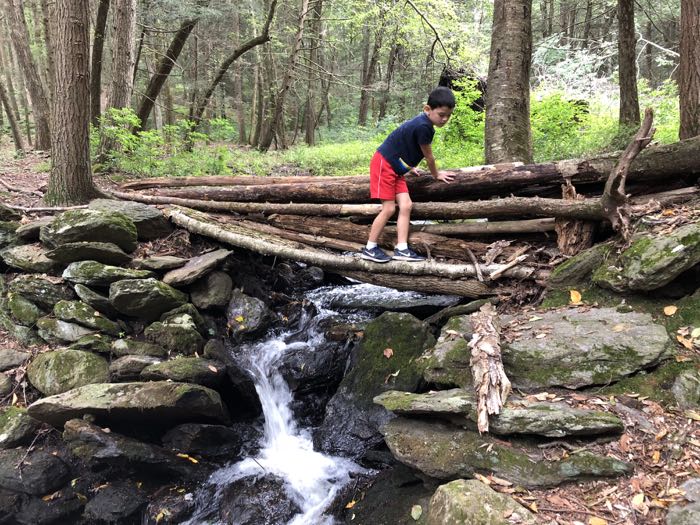 Thought exercise: If I had to send someone to Franklin for a day, I’d warn them that it won’t be a full day of fun. We’re talking Franklin here. C’mon. Even so, you’re in for a cool afternoon. Find out when the Farmer’s Cow event happens at Cushman Farms and circle that date. Start your day with a full exploration of Bailey’s Ravine at Ayers Gap, taking it all in. Then scoot over to the farm for some free ice cream and corn on the cob, followed by a lazy late afternoon at Arrowhead Acres Winery. Then go home. 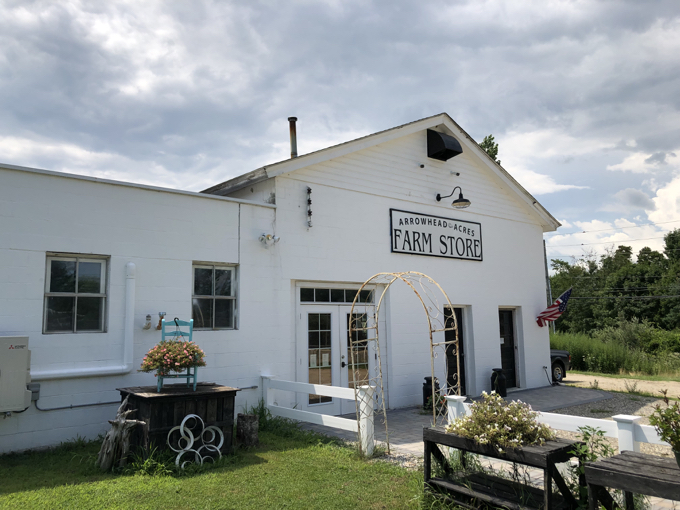