Another one of Connecticut’s “undeveloped” state parks, I stopped by here after a longer hike down along the Pomperaug Trail and some time watching bald eagles at Shepaug Dam. 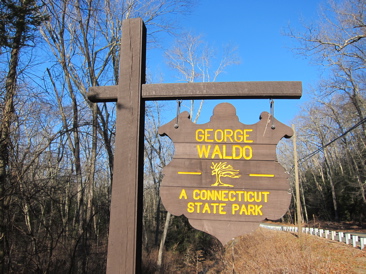 The park is easy to find, but alas, there’s not much to do. Granted, the temperature was a balmy 10 degrees with a brisk wind down the Housatonic River valley during my visit, so I wasn’t really up for poking around too much.

George Waldo State Park enjoys 150 acres of undeveloped, topographically diverse land in southwest Connecticut. A trail of about 7/10 mile leads from Purchase Brook Road to the shore of Lake Lillinonah, drops 140 feet across its length and passes through mixed deciduous and coniferous total forest cover to the water’s edge. Look for wetlands by the trailhead and stone walls away from the trail. 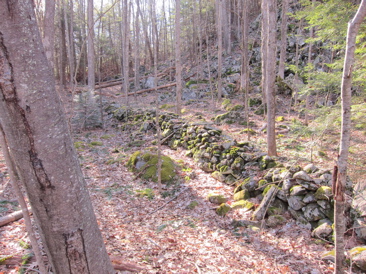 Yeah, well, I had just spent a few hours hiking along the shore of Lake Zoar (the next dammed section of the Housatonic downstream; same thing as Lake Lillinonah) so I didn’t really go all the way to the river. I was cold after standing around looking at eagles. So who was George Waldo?

George Ernest Waldo, a Representative from New York; born in Brooklyn, N.Y., January 11, 1851; attended the public schools of Scotland, CT., and Brooklyn, NY, Doctor Fitch’s Academy, South Windham, Natchaug High School, Willimantic, and studied two years in Cornell University, class of 1872; studied law in New York City; was admitted to the bar in Poughkeepsie, N.Y., in 1876 and practiced in New York City 1876-1883 and in Ulysses, Nebr., 1883-1889; village attorney of Ulysses, Nebr., for several years; for four years a member of the board of trustees and school director of Ulysses High School; returned to New York City in 1889; member of the New York assembly in 1896; commissioner of records of Kings County, N.Y., 1899-1904; delegate to the Republican National Convention in 1900; elected as a Republican to the Fifty-ninth and Sixtieth Congresses (March 4, 1905-March 3, 1909); was not a candidate for renomination in 1908; resumed the practice of law in New York City; moved to Los Angeles, Calif., in 1913, to Pasadena, Calif., in 1918, and continued the practice of his profession; died in Pasadena, Calif., June 16, 1942; remains were cremated and the ashes deposited in the New Cemetery, Scotland, Connecticut. 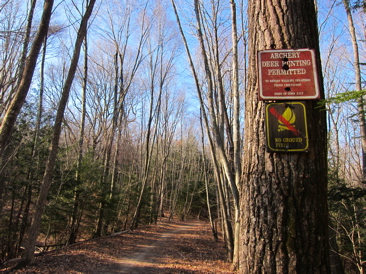 That was boring. So I’m not really sure he deserves a state park named in his honor. At least it’s an undeveloped one. But his family is also the namesake of Scotland’s (that’s Scotland, CT) Edward Waldo House museum. So there’s that.