For those of you that read all my hiking pages, I’m about to sound like a broken record: I love urban trails. Yes, of course, there really no better way to spend a crisp autumn day in Connecticut than traipsing up and down mountains in Litchfield County. 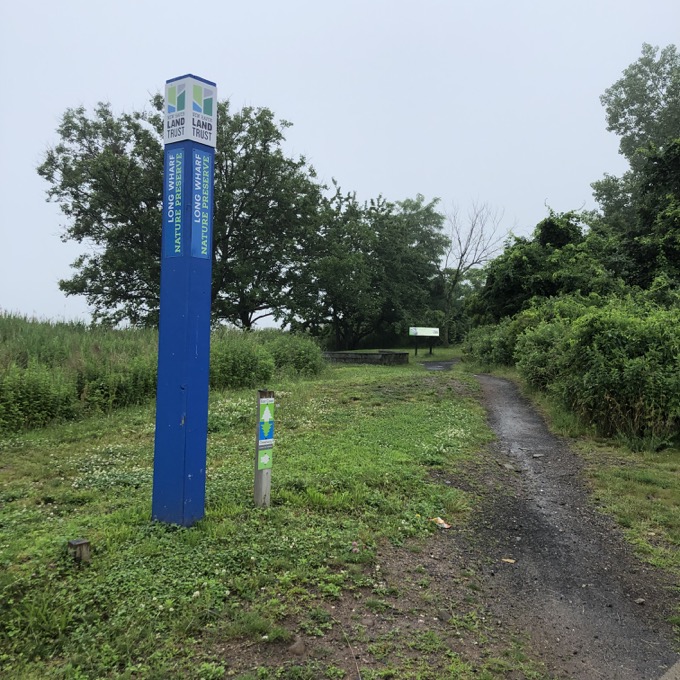 No argument there. But when a preserve’s description begins “The Long Wharf Nature Preserve lives in the shadows of New Haven’s I-95 corridor…” there’s just something so rebellious and impressive about it. This preserve has no business existing and yet… and yet here we are. My son Calvin and I checking it out during a summer rain storm. 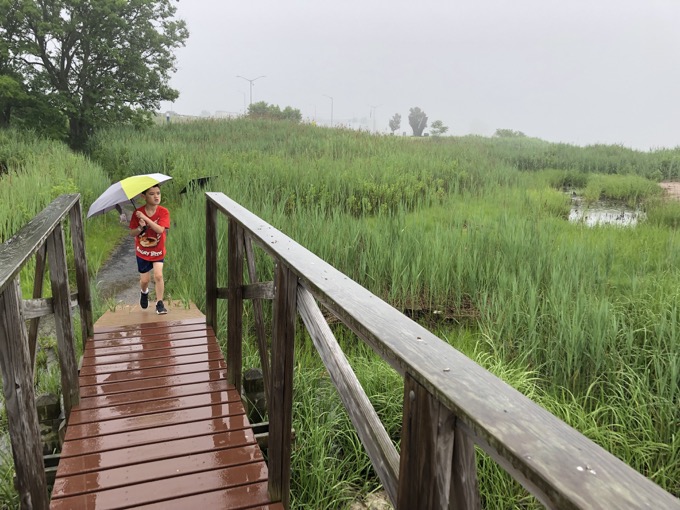 This is not a long trail at all, but as with many of these urban oases, I’m just happy it exists. Just down the road west of the famous Long Wharf food truck scene, there are several parking spots for intrepid folks to go check out the scene. The 15-acre preserve has been here since 1994 and… I’m not sure how many people who don’t work near it know about. Which is probably fine for the wildlife the preserve protects.

Partnering with Audubon Connecticut, the Urban Resources Initiative and the U.S. Fish and Wildlife Service’s Coastal Program, the New Haven Land Trust has helped reinvigorate the natural migratory bird habitat as part of the U.S. Fish and Wildlife’s Urban Wildlife Conservation Program. The Long Wharf Preserve is a restored natural space where the ecosystem is constantly maintained through the removal of invasive species and inclusion of more plant life, all while being monitored and protected by the New Haven Land Trust. 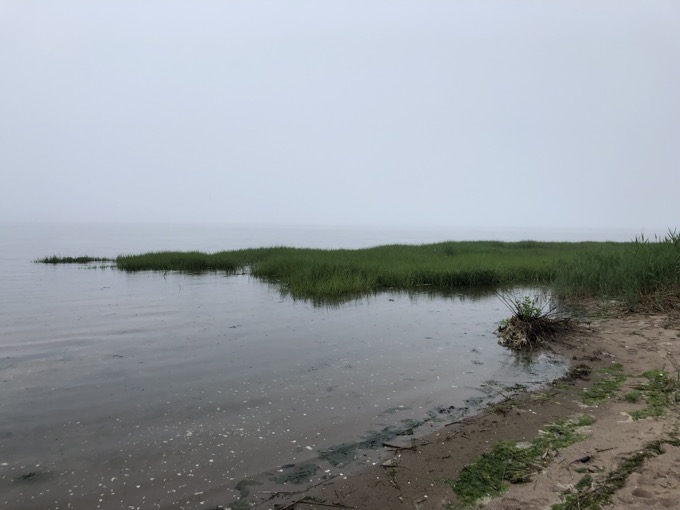 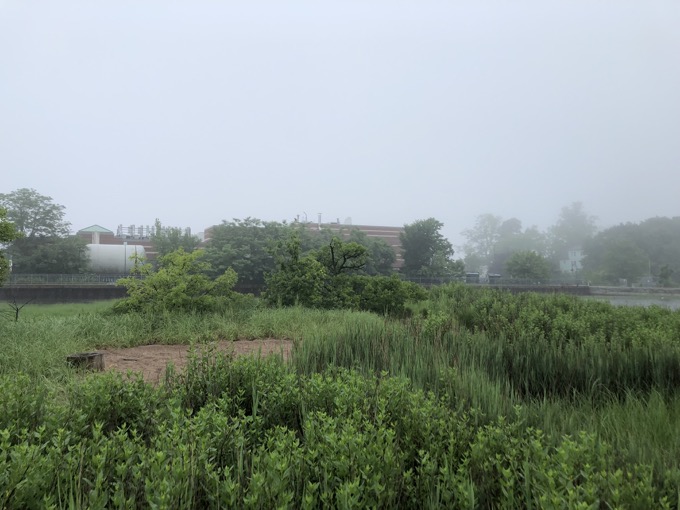 Along the way, there are several explanatory signs in surprisingly good condition. The first one explains how Long Wharf came to be – not by thousands of years of glacial action and Quinnipiac River erosion… but by shovel and dredging. The land we were walking on is dredged sediment dug in 1949 to allow for larger ships to access the port. Bonus: I-95 was then built on the “new land.”

The sign notes that there are five habitats in this small space: mudflats, salt marsh, beach, wildflower field, and woodland – all sprung up in the last seventy years, this whole place used to just be under Long Island Sound water. 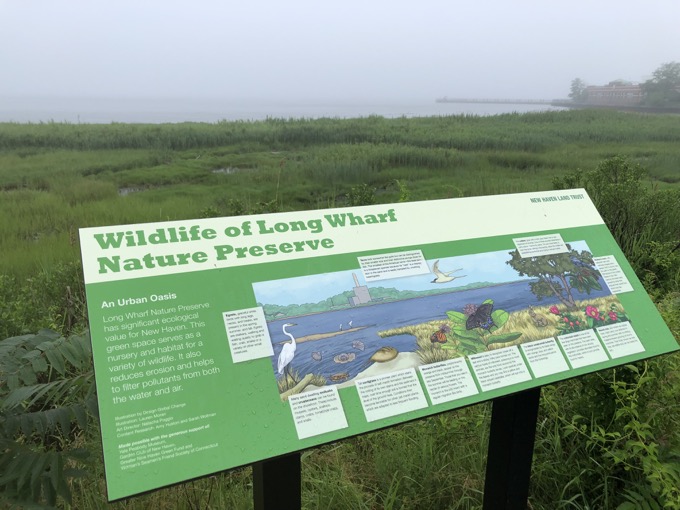 We passed a nice little pavilion and its temporary resident: a cheery (presumably) homeless man with a cart full of returnable bottles and cans. He seemed amused that we were walking this path in the rain and it occurred to me that a) some people would be terrified, and b) this would be a really, really easy place to jump doofy suburban dads out for a stroll in the rain. With the din of the highway and the isolation of where we were… Oh well. I still recommend this jaunt. 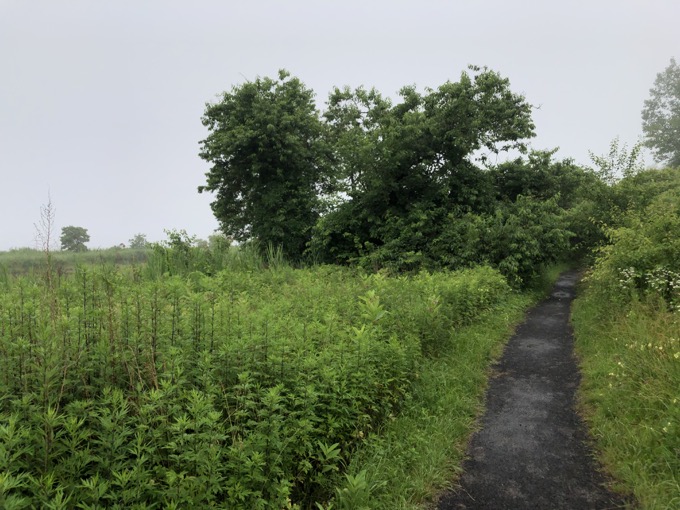 A few elevated boardwalks took us out across the mudflats to the water. The trail itself sort of disappeared in the mud at one point; not sure if the full loop is even doable anymore or if was just a high tide thing.

So we stuck to the trail more towards the woodlands and eventually made it to the end near some buildings and turned around. This isn’t a long trail at all, but what’s not underwater is well maintained and provides are pretty cool educational walk for young and old.

We saw a juvenile heron (I think): 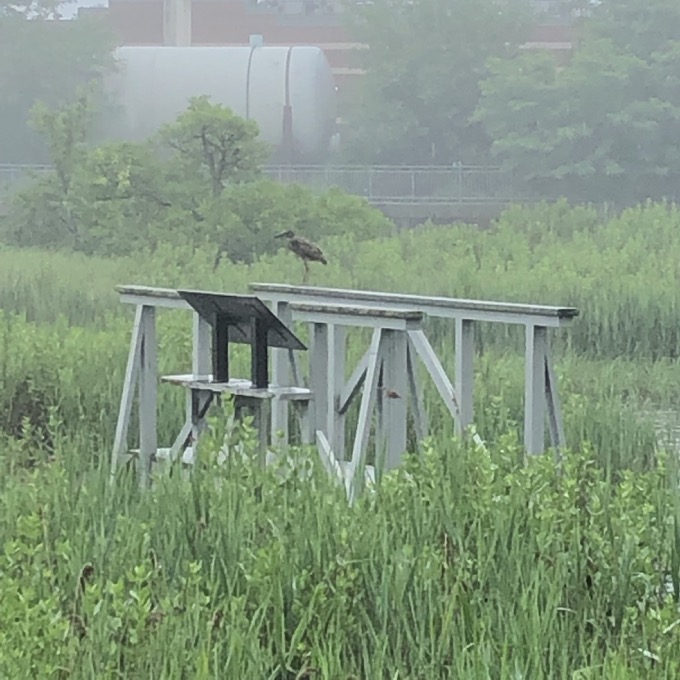 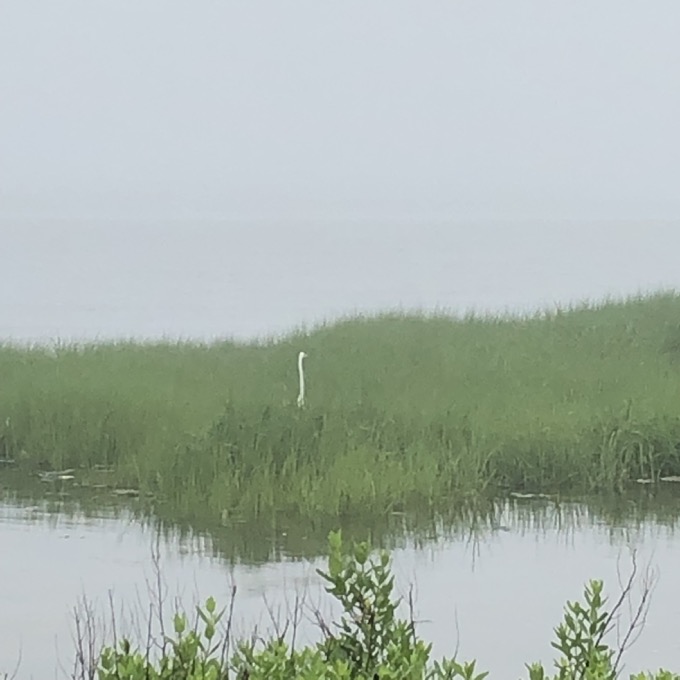 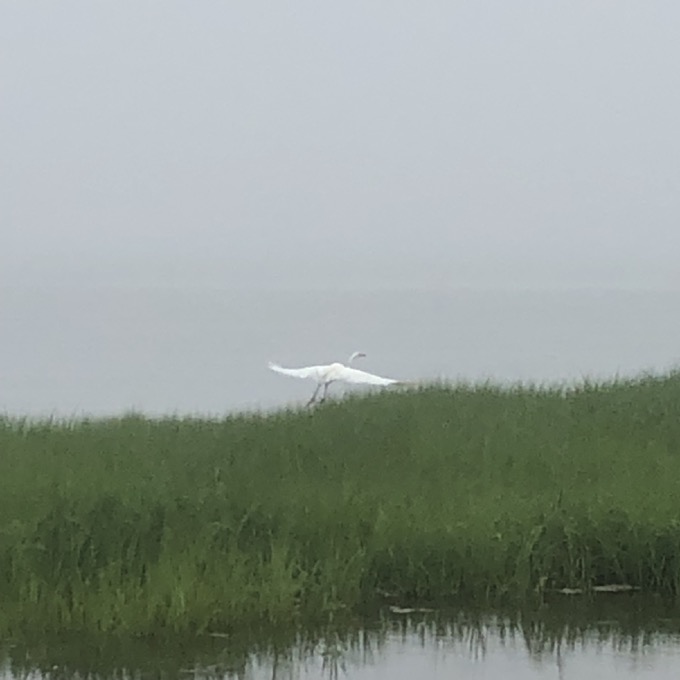 And the presumably homeless guy again heading back under I-95.

Calvin wanted to explore the tidal mud pools, so we poked around for a while before hitting the road. Next time you’re at IKEA and stop to pick up Connecticut’s best tacos at Long Wharf, do yourselves a favor and check out this little oasis. 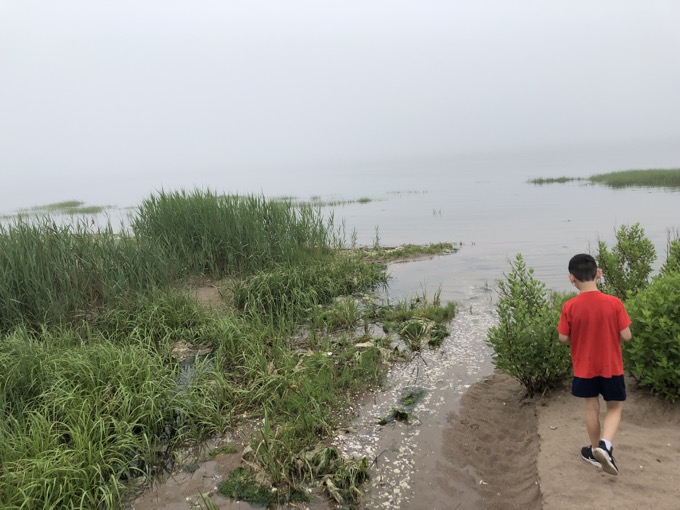