Since I was born and raised in the mid-Atlantic Philadelphia area, one of the most difficult things for me to say “Connecticut Correctly” is “Waterbury.” Whereas Nutmeggers say “Wah-terBARE-ee” I’m apt to say “wooderboohri” which sounds bad enough. But I tend to mumble it, so in practice it’s even worse. 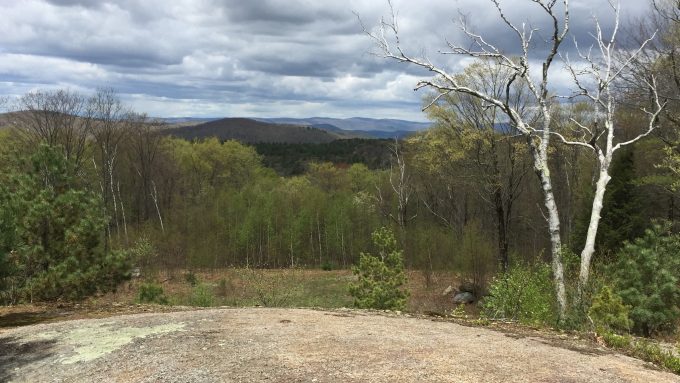 Goshen is always funny to me because the entire world would say “Gosh-en,” but a local would simply not understand that because, duh, it’s “Goe-shen.” (I wrote the preceding in 2014 and now that I’m rereading in 2019, I’m not sure that’s true.)

The Goshen Land Trust has a series of connected trails that course north-south through the town. In 2017 or so, they acquired the beautiful Mountain View property to add to their acreage and trail miles.

So I’m GOing to GOshen to hike.