Great Pond indeed. You know what’s great? Doing a meticulous scroll through old pictures on my old computer before backing them up and — never mind all that. I’m sitting here in 2022 and just came across this set of pictures from a hike at Great Pond Preserve with my sons from December 2015. 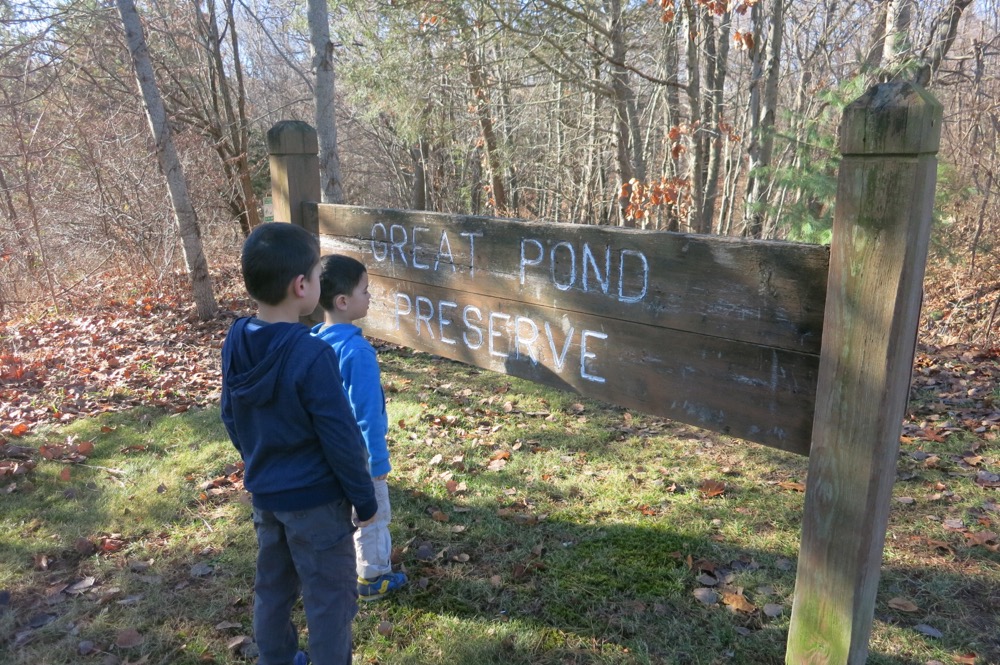 And because I’m ridiculous, I somehow knew that I’d never written up this hike. I do not know why I never did. My thought is that I felt I hadn’t hiked every inch of every trail here, but looking through the pictures and jogging my memory tells me that we pretty much did just that.

Did I miss taking a picture of New England’s largest cedar tree? Nope. I’ve got that too. I’m sure there was some dumb reason, but it’s long forgotten, so let’s get going with the hike here and realize that CTMQ was created in such a way that I don’t need to waste three paragraphs of our collective time explaining something that no one needed explaining. 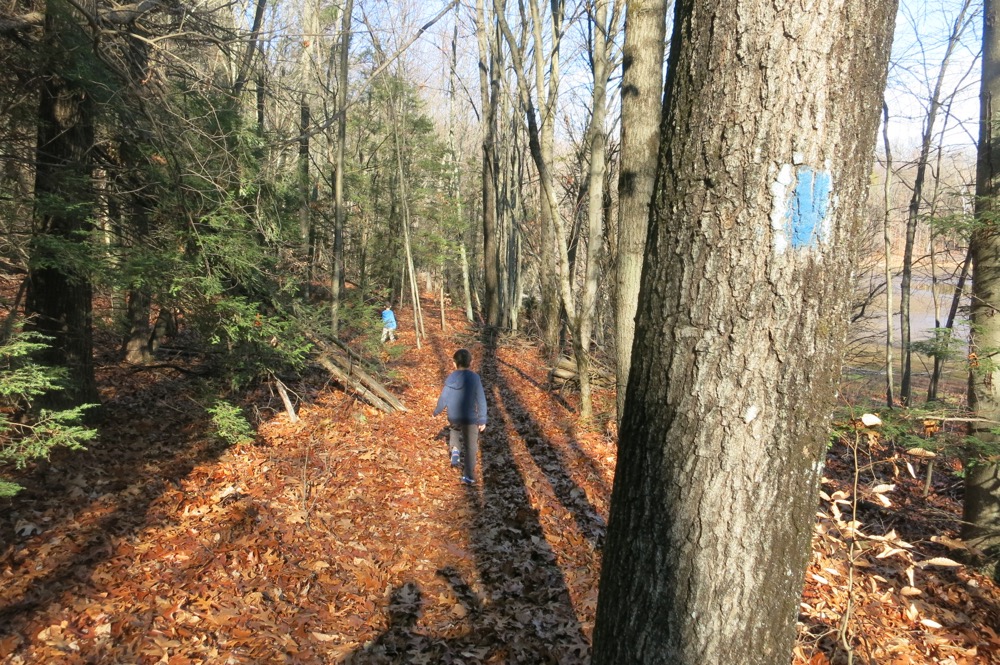 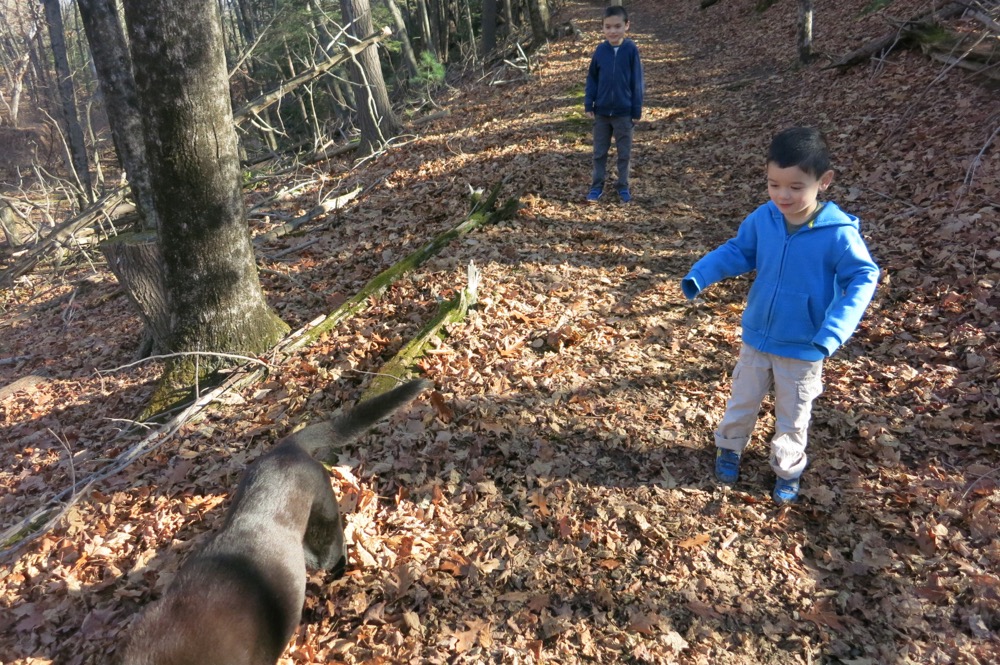 As with many of Glastonbury’s trailed properties, the trailhead is on a suburban street with large houses in view. The town has done an impressive job of “saving” parcels all over itself and it always makes me jealous – since I live in a town that develops every inch of land possible.

This is a 70-acre preserve that the Nature Conservancy helps the town manage. There’s a surprising diversity of things to see here, like a glacial drawdown pond a bluff above the Connecticut River. In all, the three trails here total just less than three miles. 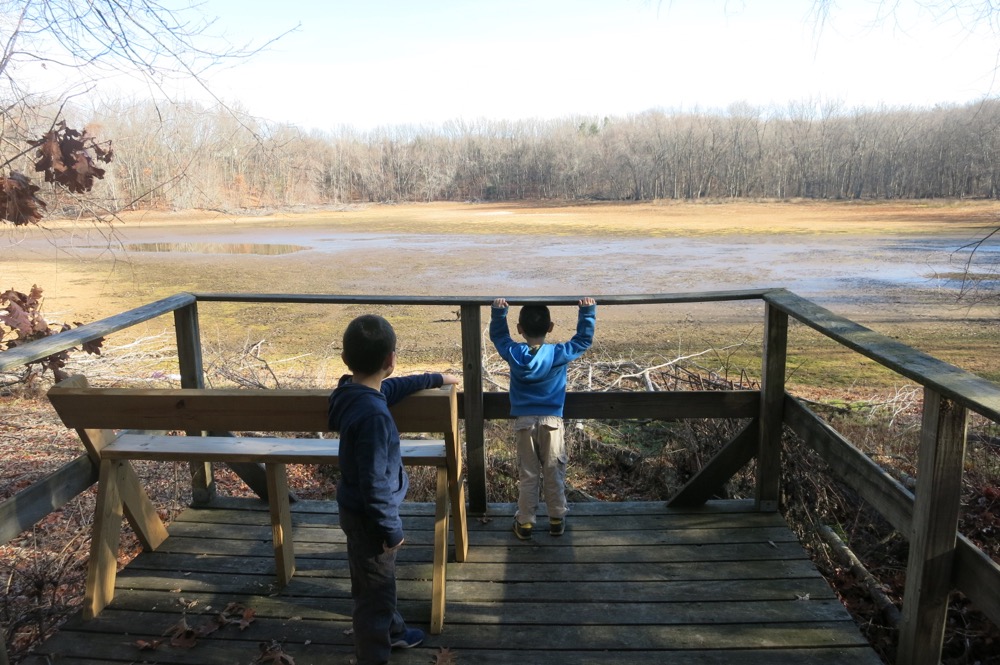 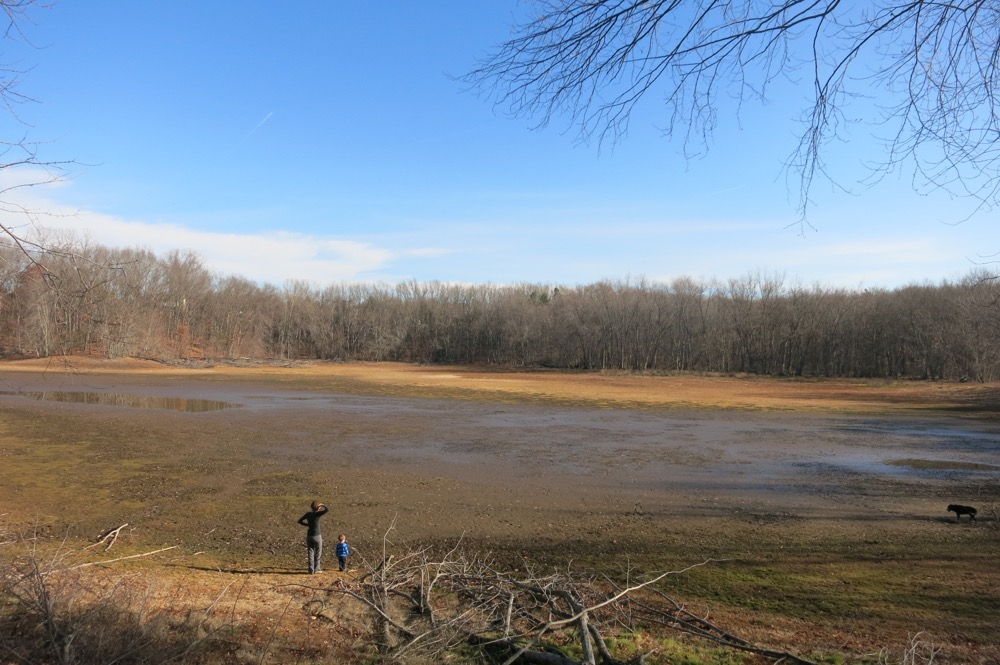 Oh wait. Maybe we didn’t hike the entire white-blazed Bob Kaye Loop trail. And back in 2015 I really cared about such things. Kaye ran an excavating operation here decades ago, but once that dried up, he was instrumental in having the land preserved by the town. Atoning for his sins in a way I guess.

His trail winds along the southern section of the preserve. The trail passes farm fields off Old Maids Lane and along the top of a natural dam that once held the waters of Lake Hitchcock. The dam lasted about 3,000 years before washing out and creating the Connecticut River and assorted lakes and ponds across New England. Lets go to the Pond Trail. 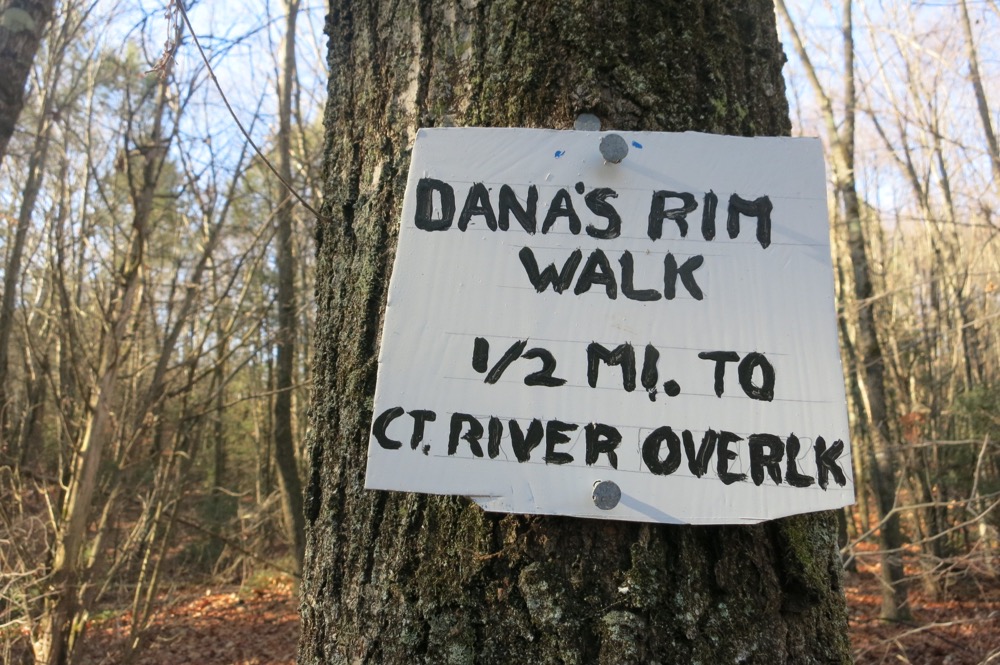 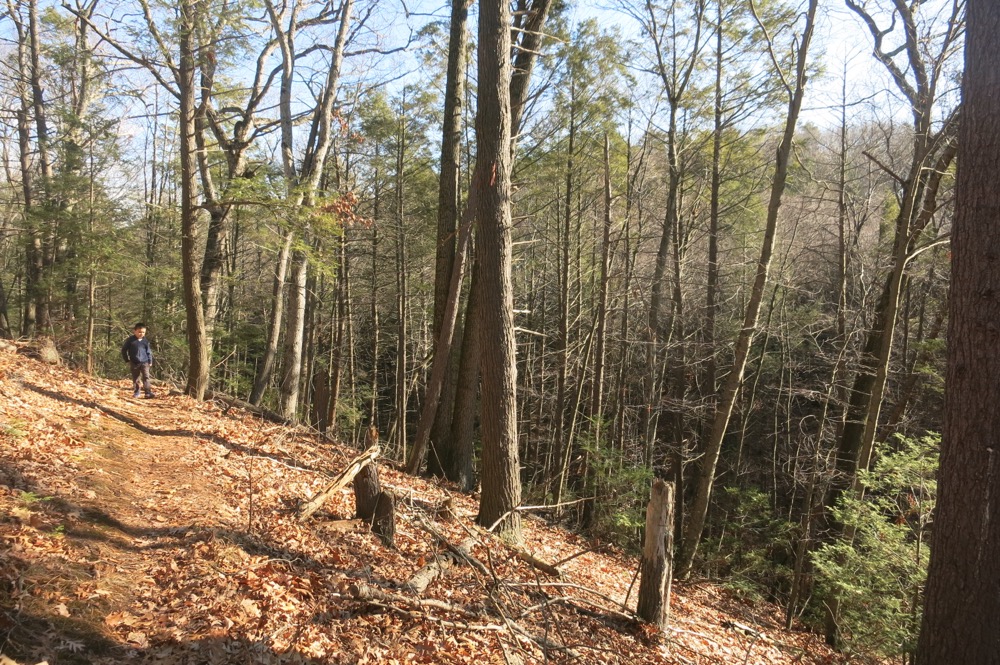 As I’ve mentioned, Great Pond itself is a 12-acre glacial drawdown pond. This means that it experiences great fluctuations in water level throughout the year. The plants around the pond are adapted to survive conditions of total immersion and drought. The water level was very low at the time of our visit, so I’m sure my sons were like, “this pond isn’t so great.”

At least the viewing platform here is pretty great. 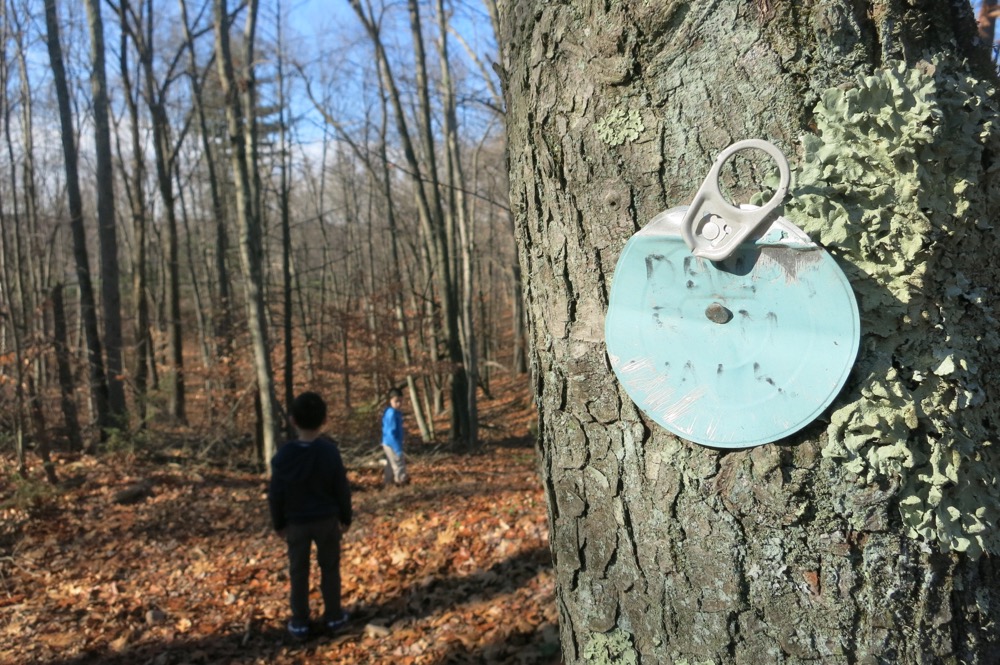 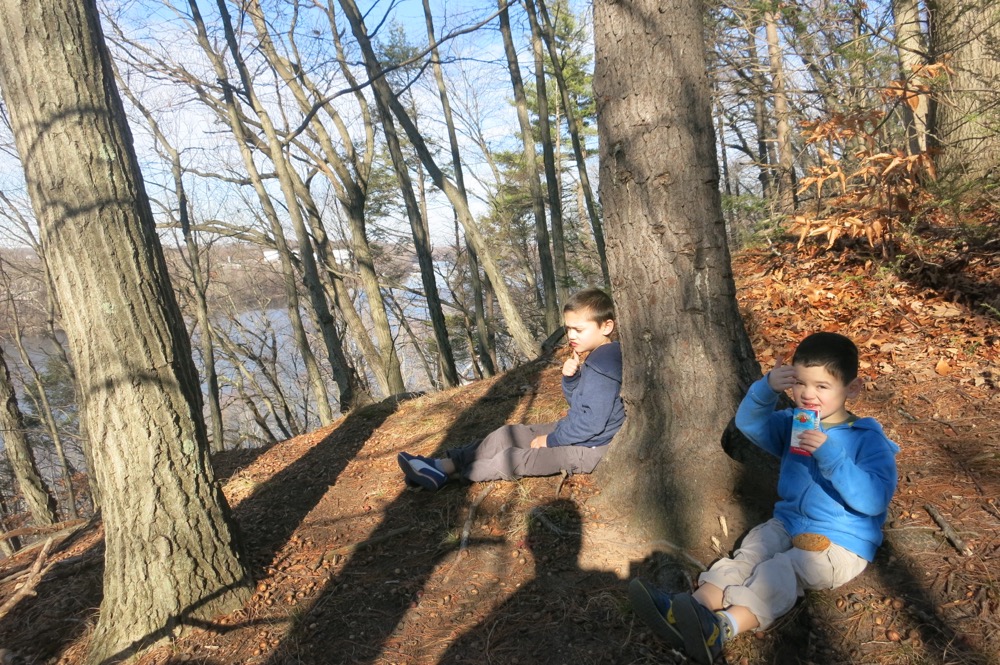 And in 2015, the giant red cedar tree was also pretty great. It has seen better days to be sure, but a quick check of the Connecticut notable trees database shows me it’s still alive and standing. The 160-year-old tree is said to be the largest Eastern red cedar in New England, but I’m not sure for how much longer. 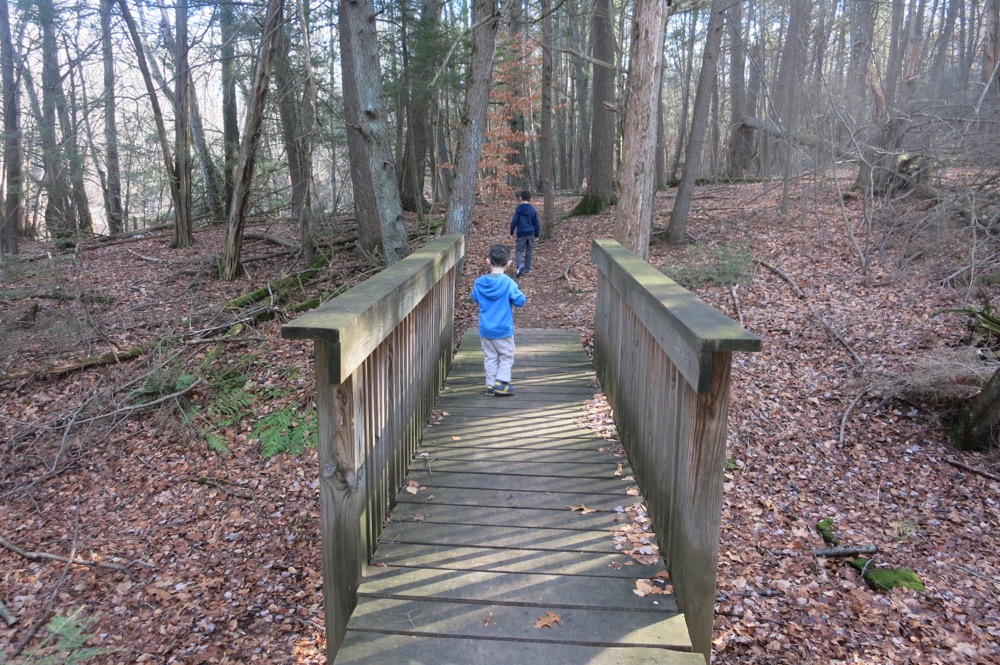 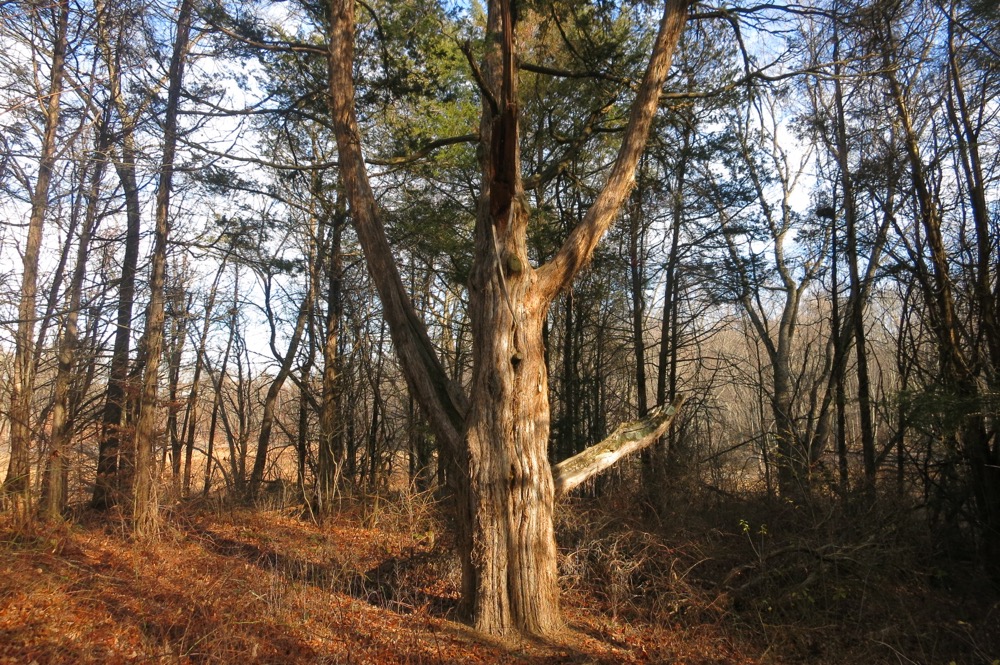 After the pond, we tackled Dana’s Rim Walk. This trail is named in honor of Dana Waring who conceived this route while a member of Glastonbury’s Conservation Commission. It involves a steep little climb and there’s some side-hilling involved. (That’s not to say it’s difficult or anything, but it’s perhaps a bit more effort than people expect while out on a little jaunt in South Glastonbury.) 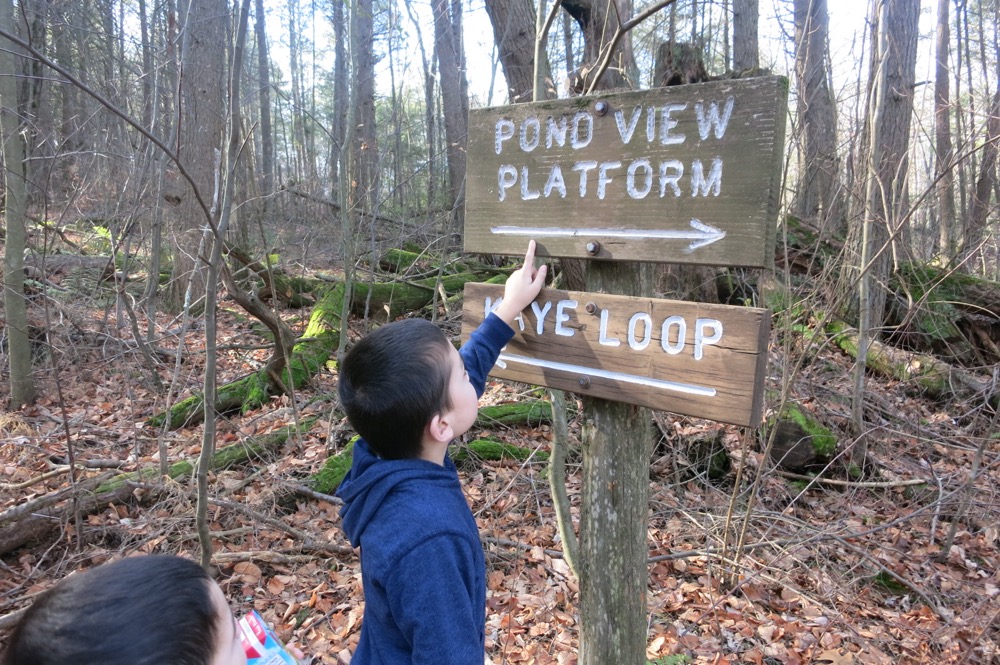 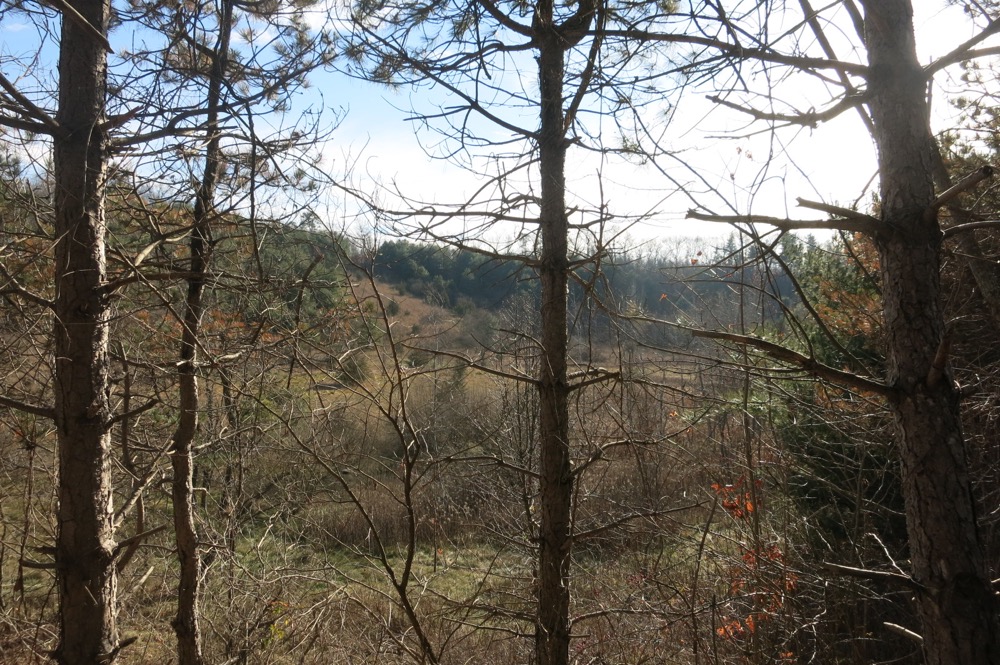 The trail took us high up on a bluff above the Connecticut River. The boys took a break as a reward for their hiking effort while I continued on to the end of the trail. It just sort of… ends.

We returned to the car but stopped to check out a recently cut cedar tree. Cedar is such a unique scent and I had the boys gather up some sawdust to gain that experience. Once done with that little diversion, Calvin decided he’d eat a mushroom too. 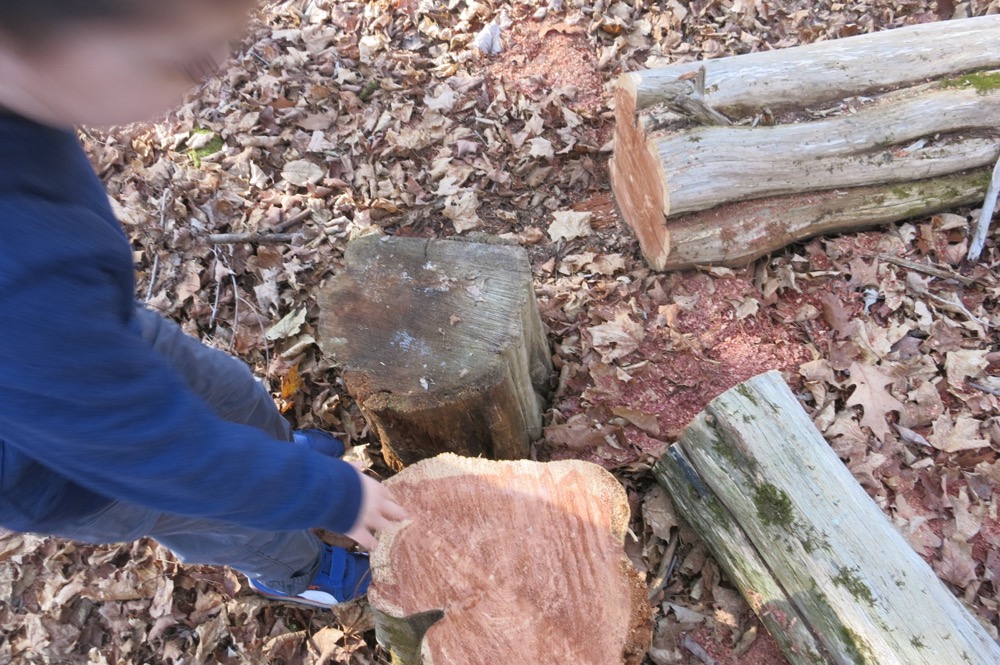 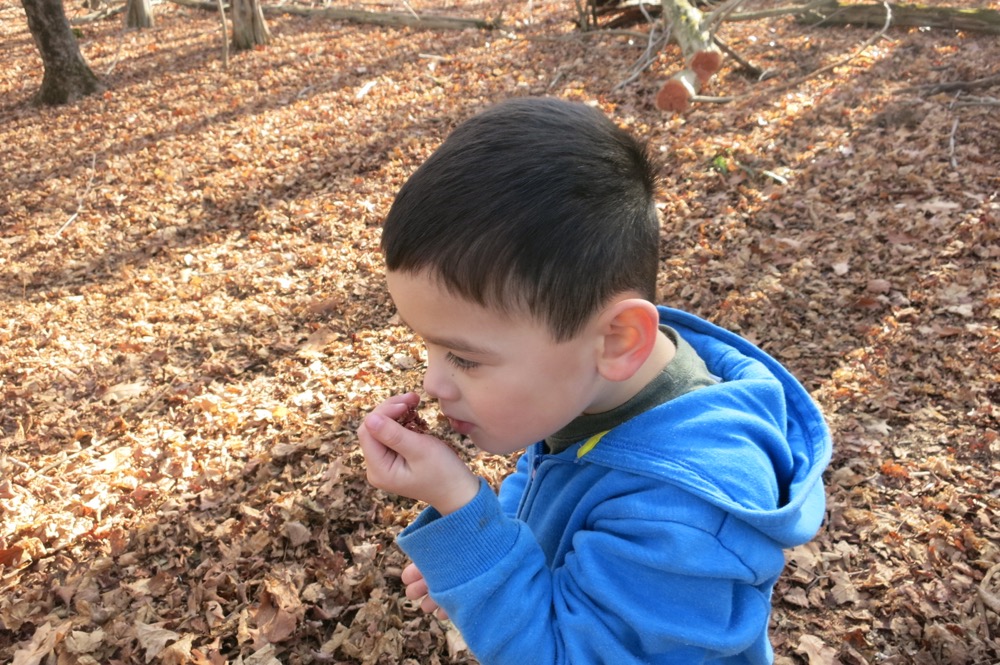 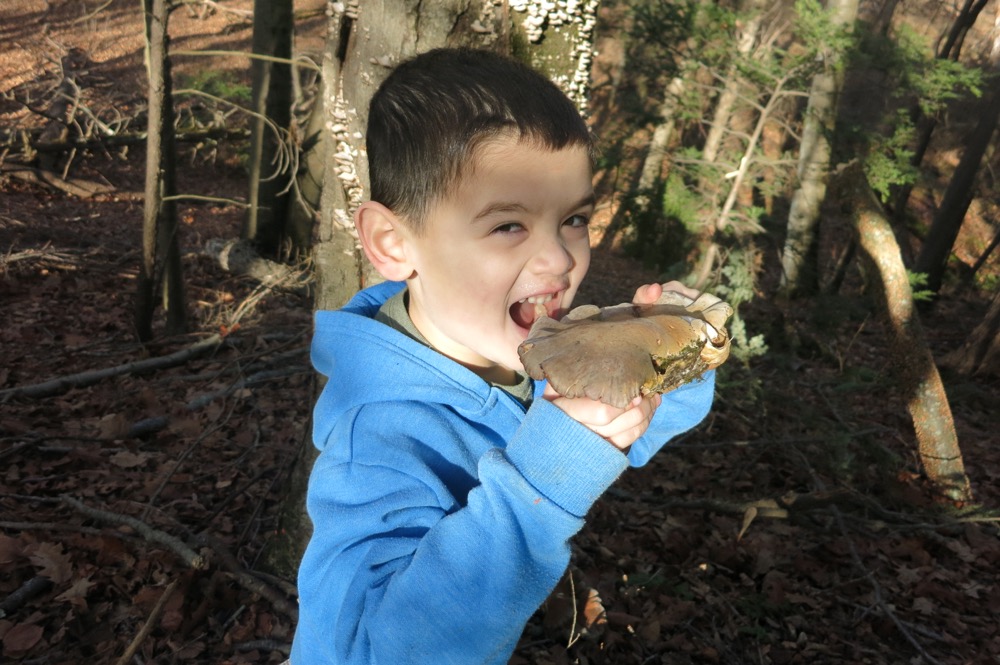 Like many of Glastonbury’s short trails snuck in between houses and development, Great Pond offers an great escape into nature – with lessons on geology and even a seasonal view of Connecticut’s mightiest river. Not bad, Glastonbury, not bad at all. 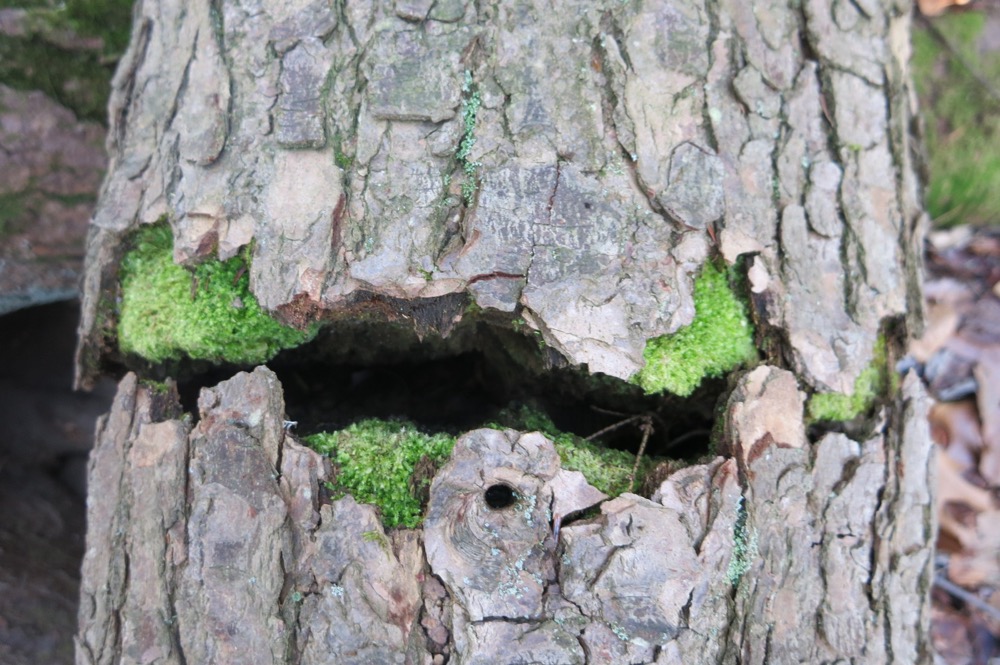