Listen, I like fishways and fish ladders. Or… at least I thought I did when I searched around years ago and wound up with a comprehensive list of them for this very website. Some of these things host open houses and have little viewing booths even! Fun for the whole family! 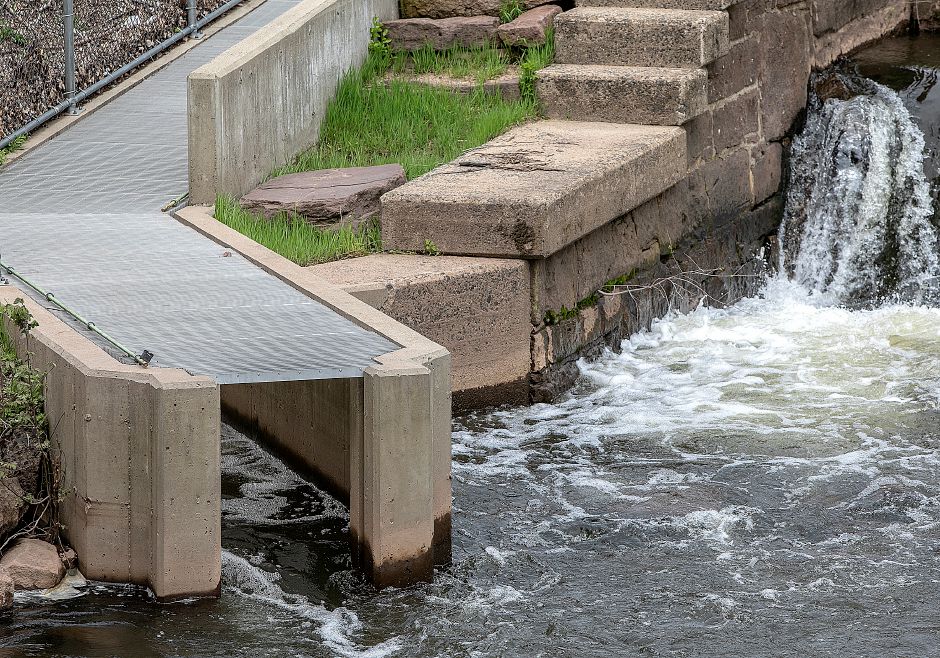 Some, like this one near a very busy intersection next to a very busy highway at the Wallace Dam along the Quinnipiac River in Wallingford have nicely constructed informative kiosks and gently sloping paved paths for visitors to come by and… stare at a concrete structure alongside a river. Fun for maybe a small part of your family?!

There’s even a dedicated parking lot if that helps? And a dog park nearby?

Okay, maybe you’ll just skim this page about it and call it a day. That’s fair. 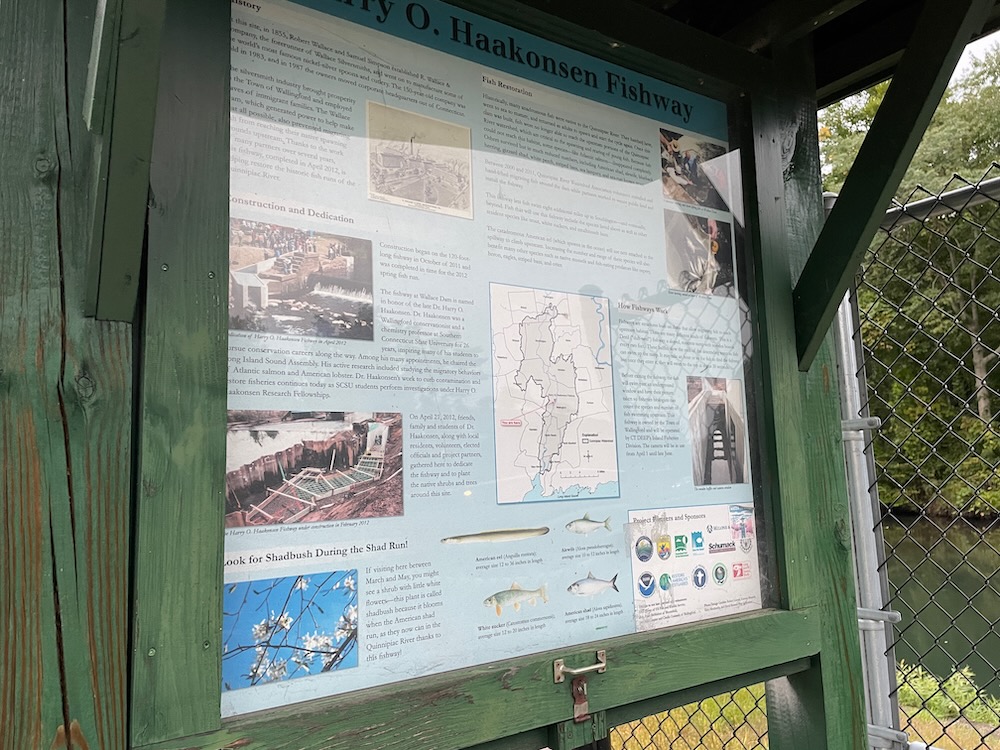 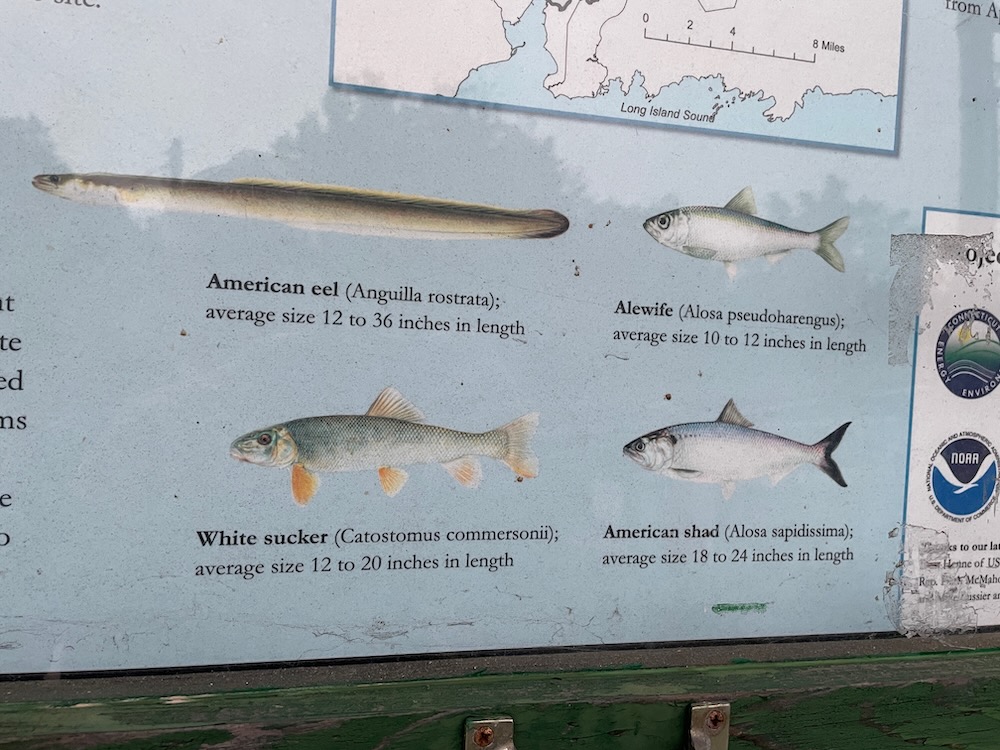 I swung by as it started to drizzle one evening while my son was training a couple miles away at Choate. It is not the most attractive dam and fishway I’ve seen, but that parking lot and its ease of access are nice.

Opened in 2012 at the Wallace Dam at Quinnipiac Street and River Road, the fishway’s goal was to open up more than 17.3 miles of river and 171 acres of lake and pond habitat to migratory fish for foraging and spawning. That’s the plan with all of these things, after we humans destroyed so much habitat for so many species for so many years.

Unfortunately, as I’ve written before on the other fish passage pages you’ve all committed to memory, these fishways don’t always work as well as we humans hope they will. A study was released in 2019 showing very little increase in any fish migration. In fact, it’s even worse than that – in 2014, a total of 4,223 fish passed through the fishway. In 2018, 3,184 passed through. Eesh. 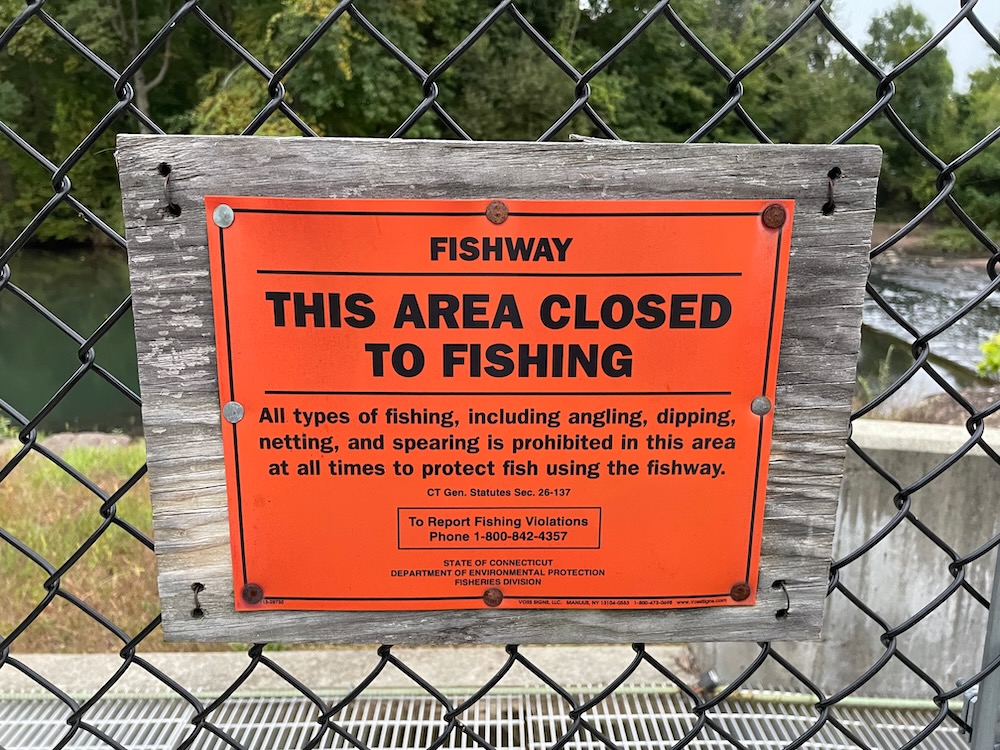 These changes take time. A long time, apparently, and a lot of money as this fishway cost $300,000. The goal, of course, is to allow anadromous fish to come from the Sound and spawn upstream in freshwater. Fish like shad, alewife, blueback herring, white perch, striped bass, sea lamprey, and some trout. This fishway design is called a Denil; a sloped, concrete ramp with wooden baffles every two feet. These baffles slow the rush of the descending water so the fish can swim up the ramp. It takes fish forever to find the thing, but once they do, they get up it really quickly.

A camera takes their picture while in the fishway and biologists get their counts. Now you know. 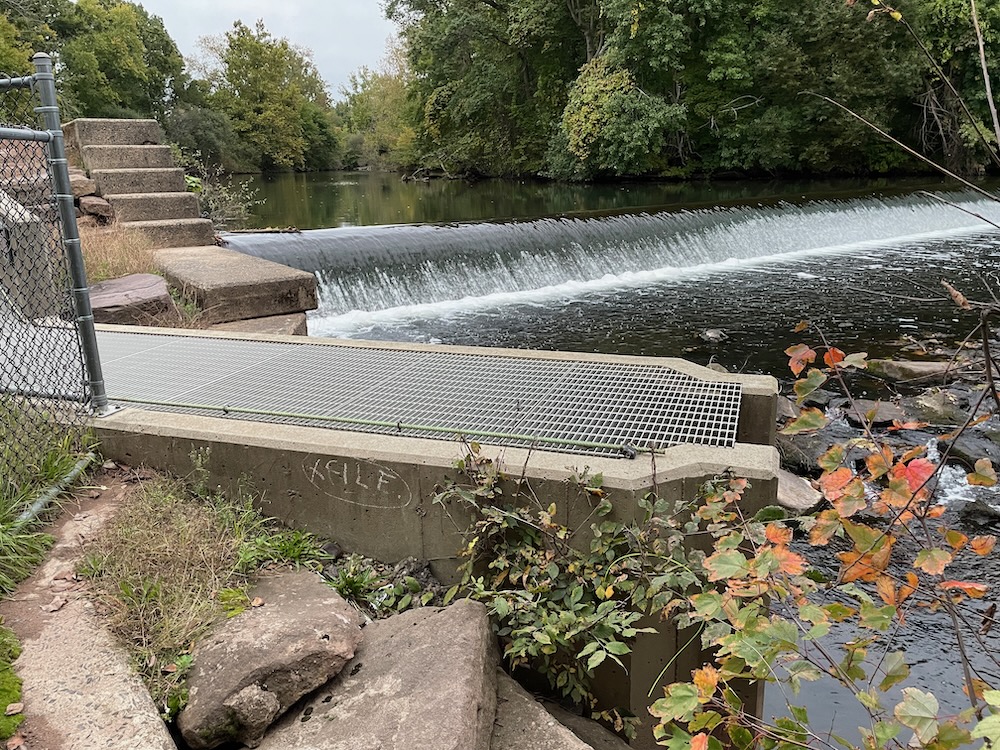 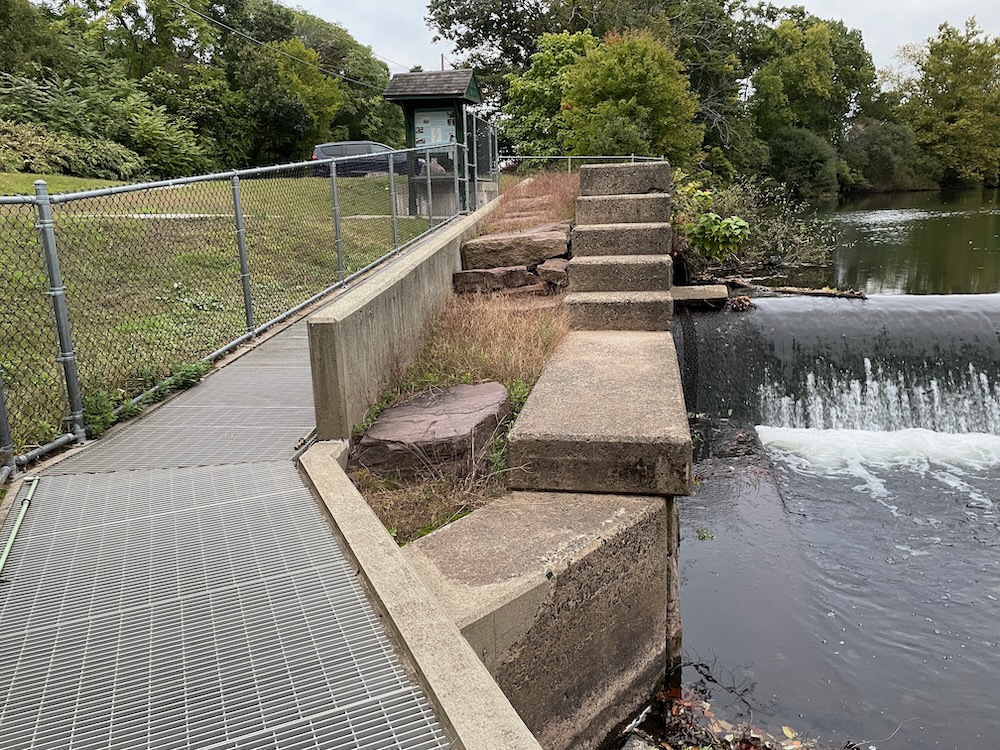 Harry Haakonsen was a professor at Southern Connecticut State University and performed research on the migratory behaviors of Atlantic salmon and the American lobster. Prior to his death in 1995, Dr. Haakonsen was chairman of the Long Island Sound Assembly, participated in the Connecticut State University Research Foundation and the Rene Dubos Center for Human Environments. He was also involved with the Quinnipiac River Watershed Association and the Wallingford Land Trust.

Let’s just hope the dang fish start honoring the honorable man and get going on making this thing worth the money.

I returned to Choate Rosemary’s soccer field in a downpour to see my son’s team still out there doing their thing. Just thought I’d throw that in here for no particular reason, other than this picture from that night is pretty cool. 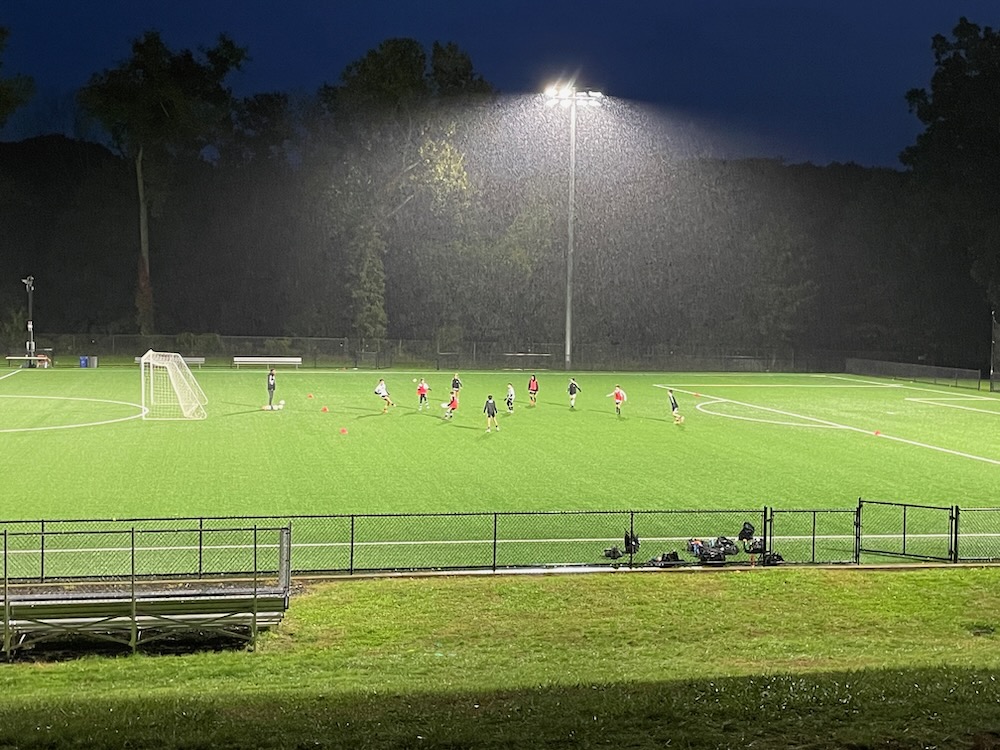