I’ve been to Roaring Brook a whole bunch of times – (here’s the first time Damian and I visited the nature center museum – notable as it was the first time he stood up on his own and let go of a supporting structure… at 27 months.) I was there to witness it and it was a big day for us both. 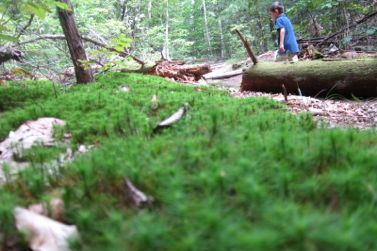 I’d never really explored the trails behind the center. So on one of his post-summer school, pre-school school days, I took Damian back to this important place in our history together to walk in the woods a bit. Of course, if you know anything about Damian, you know that this is not something he enjoys. But he’d done this walk before once with my parents about a year prior, so I figured he’d be ok with it.

And he was, for the most part. Of course we didn’t hike every trail – nor is that ever my intent to do so at these little random places with multiple trails – I honestly just wanted to pick off another waterfall on my Connecticut Waterfalls List.) 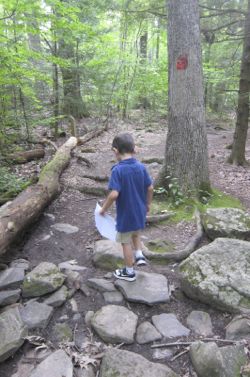 And that meant a short hike for Damian. After a few minutes of protest, he immediately recognized doing this hike before and did fine down the rocky path along Jim Brook. We merely followed the Werner Pond Trail (blazed red) clockwise. At half a mile in length, that’s pretty much Damian’s limit.

By the way, there is nothing around here named “Roaring Brook” other than the nature center. The brook the trails follows here is, as I wrote, Jim Brook. It’s named after James Baltimore, aka Jim Bell, who lived in Canton around 1774 and whose tenement was reputedly a resort for Blacks. 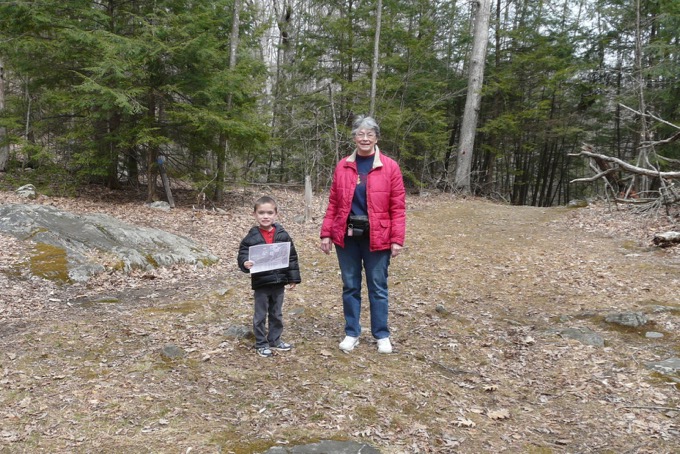 What the heck, I’ll throw in some pictures of Damian with my parents too.

We made it down to the dam and when I started poking around down the Dish Mill Pond Trail (light blue), Damian started getting very upset at the whole situation. So I went back up the steep hill to him and we continued around the same Werner Trail back to the parking lot.

Why are these woods Werner’s? In 1964, the State of Connecticut assumed ownership of the 100-acre Werner farm adjacent to the Nature Center property. Through an informal arrangement with the CT DEEP, the Nature Center utilizes the Werner’s Woods property as an outdoor classroom, maintaining hiking trails, bluebird boxes, and wildlife habitats. The trails are used for educational programs, as well as by the community for passive recreational activities such as hiking, cross-country skiing, birding and nature photography. 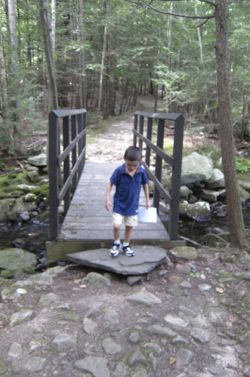 A trail map and a guide book are available in the nature center’s gift shop. There are numbered posts on some of the trails that are explained in those books. Wishing to explore a bit more of the RBNC trails, I found myself out there again while getting my car serviced nearby. That’s what people do, right? 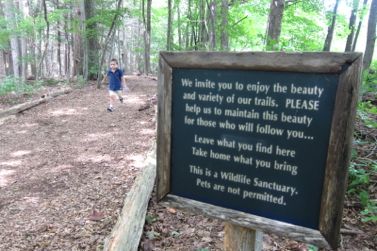 I parked where the Quarry Trail (yellow) crosses Bahre Corner Road which I don’t necessarily recommend. But since I was in a loaner car that reeked of cigar smoke, I didn’t really care. I hiked west to and then north up the Plantation Trail (gray, but poorly blazed through the fields). I found it all quite nice… there’s just something about overgrown fields and broken down fencing on a cloudy Connecticut autumn day.

From the fields I continued west on the Orchard Trail (green) which I suppose took me through an old orchard, but aside from a few rotting old apple trees, it was a weak orchard. 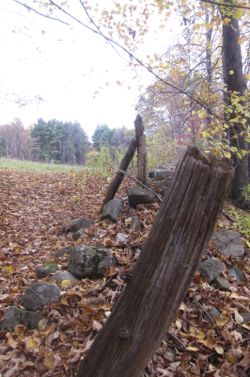 Down and around and back to the Quarry Trail for the highlight of my day.

The abandoned quarry! My terrible pictures do not do this any justice and even though it’s tiny – and many other Connecticut trails delve much deeper into much larger quarries – this is still pretty cool. I imagine kids find it really neat to see the hundred(?) year old evidence of the operation, right here in Canton near the Simsbury line.

Whatever, I dug it. 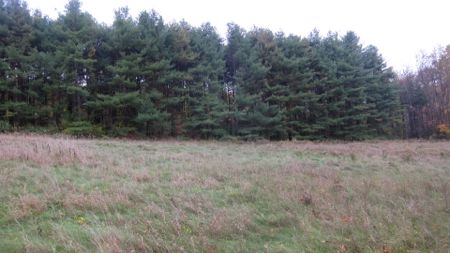 The Quarry Trail isn’t done yet though, and takes in a very pretty stretch of Jim Brook again. If I grew up in one of the nearby houses here in Canton, I’d have been over here every day.

After getting back to my car, I drove over to the main parking lot and quickly walked what I thought was a Canton Land Conservation Trust property. It turned out to simply be another RBNC trail, but I wrote a whole separate page on that 5 minute “hike” because that’s what I do. 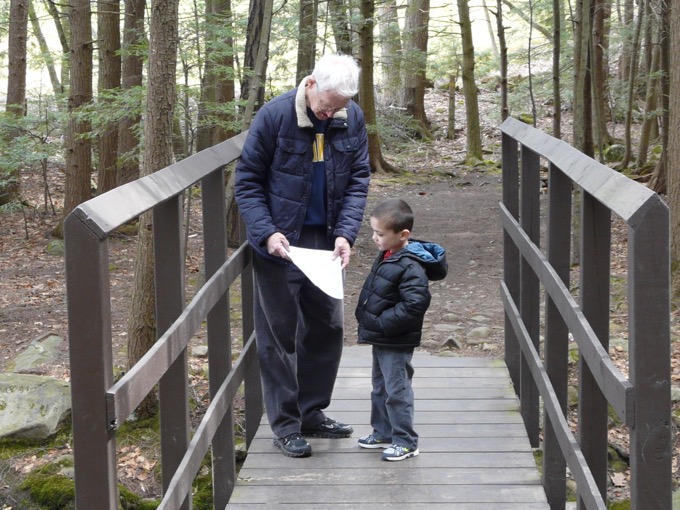 If you go to the nature center and have an extra hour (with kids), I’d strongly suggest hiking west along Jim Brook and then do the Quarry Trail loop. It’s really pretty, has some decent variety of terrain and quite frankly, is pretty darn fun. 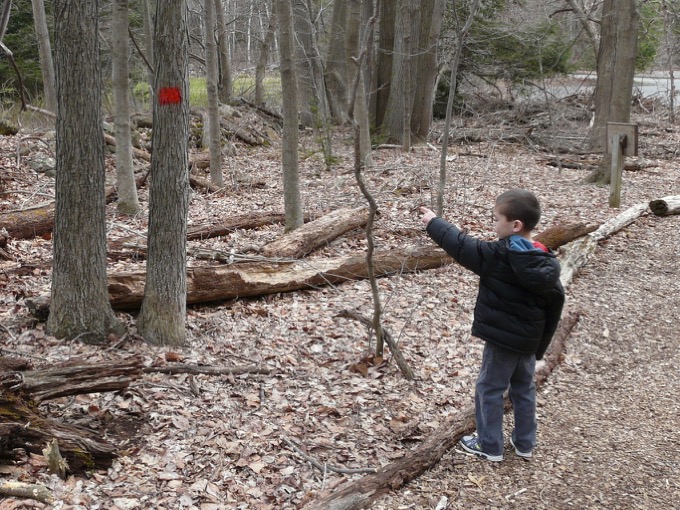