Joshua’s Trust has seven trailed properties in Ashford. They do a great job not only in this town, but across all the towns in which they manage properties. 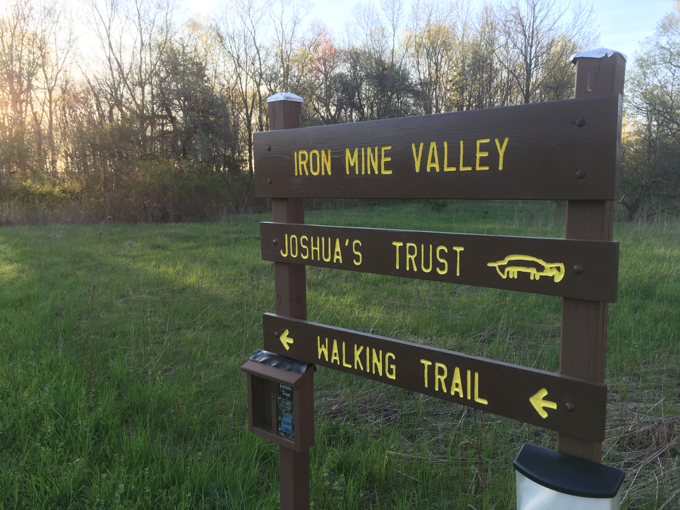 Iron Mine Valley was the first of several for me on this pleasant spring morning, as I continued to work my way through all the trails of Ashford.

I’d skirted the property before, as the CFPA’s Nipmuck Trail walks down Iron Mine Lane along the property’s northern border for a bit before turning north into the Natchaug State Forest. 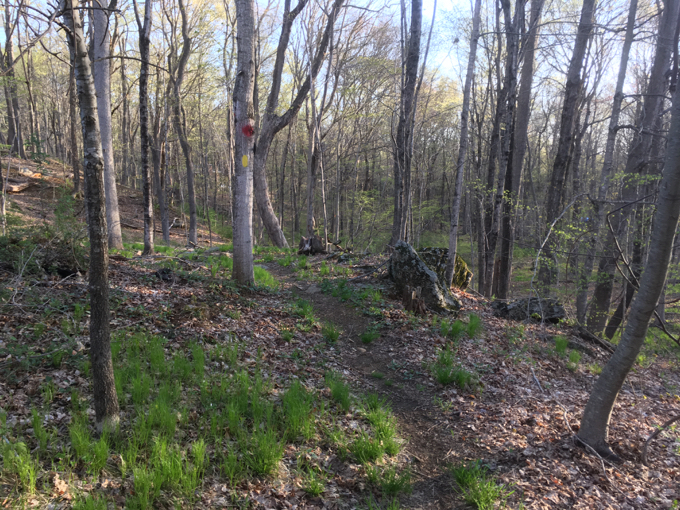 From the dirt road there, hikers can access the eastern edge of Iron Mine Valley. The “problem” is that the trail “over there” ends at the Mount Hope River.

The “problem” with the main parcel west of the river is… that the trail ends at the Mount Hope River. There is currently no bridge to link the two trails. I imagine that you’d be able to easily hop over the river in a dry summer without even getting your feet wet. 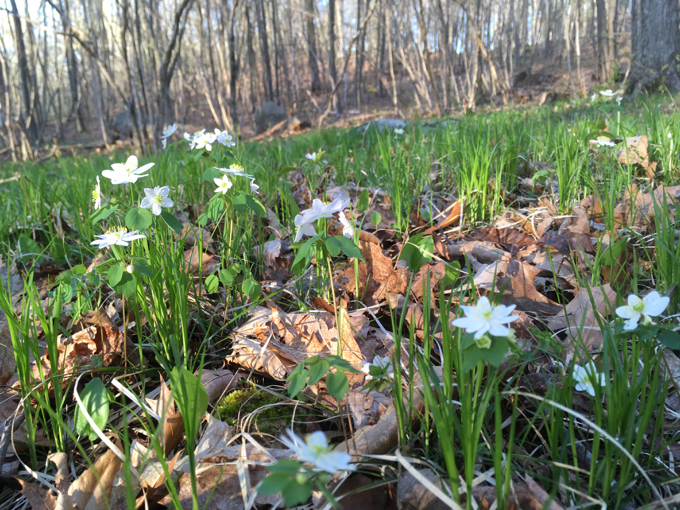 Late April did not afford me such an opportunity. Checking in with Peter Marteka, who did the northeastern approach…

After traveling down a dirt road and crossing a few bridges, a trail marked with yellow blazes takes visitors along the banks of the river to a viewing area over a marsh and then along a beautiful, shaded portion of the river. The water is low enough so hikers can hop a few rocks and travel along another path blazed with yellow marks on the western side of the river that travels through waist-high ferns in a scenic woodland. 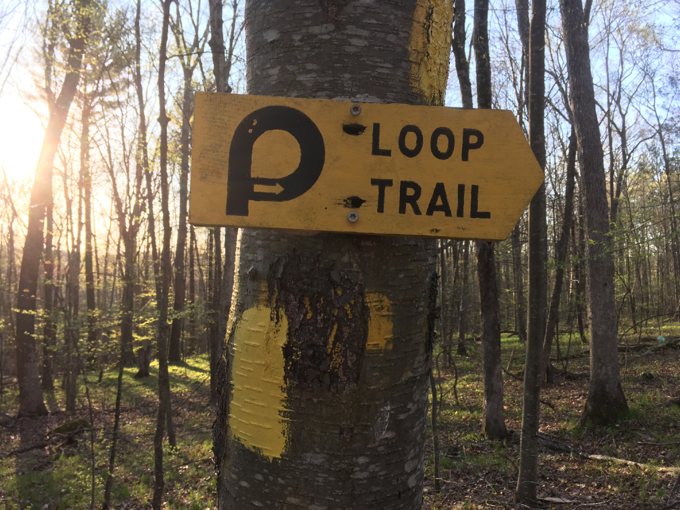 The West Trail is a mile long loop with a tail down to the river. It starts on a residential steet through a field of tall grass and ticks. Several wildflowers were in abundance at the forest’s edge. 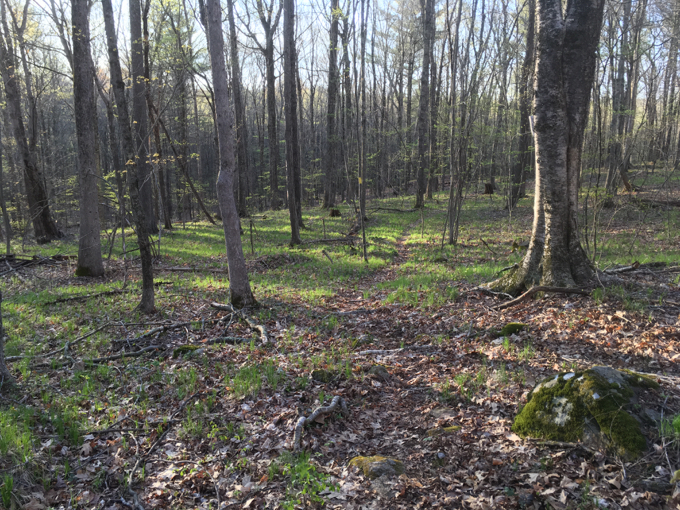 The first trail grasses of spring…

Joshua’s Trust provides a scavenger hunt brochure for any kids you may bring up here. I really like the little touches they add to many of their trailhead kiosks.

For the next several minutes, the trail meanders through fern and skunk cabbage fields, open forest, and some low-lying marshland areas. These marshes is where the “Iron Mine” part of the name comes from. 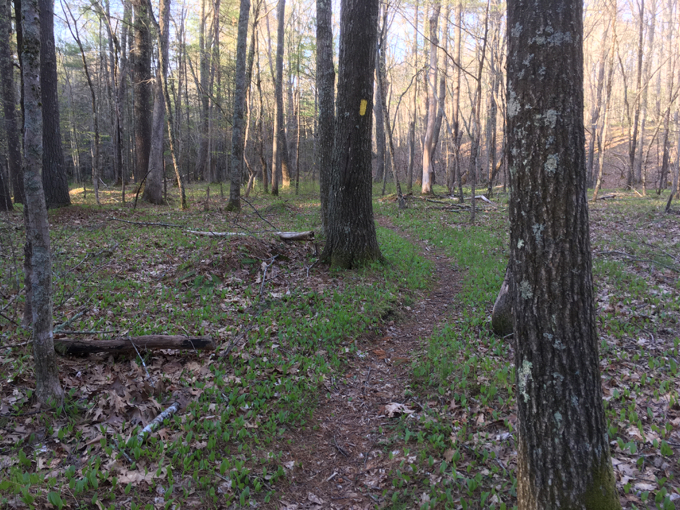 Let’s go back to Marteka:

Iron Mine Valley Preserve marks the site where men came to turn ore into iron — a sort of gold rush of a fledgling country. Bog ore was discovered in ponds, swamps and bogs along the Mount Hope River. Men known as “bloomers” worked in bloomeries where forges used charcoal fires to melt the raw ore into iron bars. Bog iron was widely used in the New England colonies during the American Revolution for armaments and ammunition such as cannon balls. 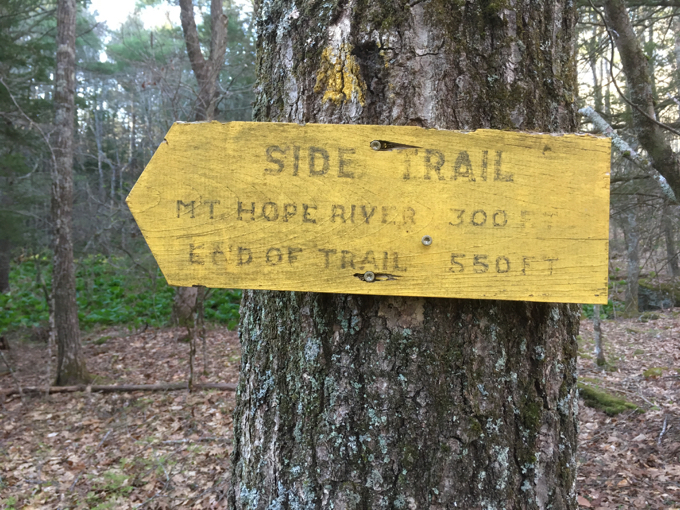 Huh. I can’t imagine that was fun work. Ashford is “in the middle of nowhere” in 2017. Imagine what it was like 300 years ago? Digging in bogs and swamps to pull out heavy ore? Oof.

“It must have been enterprising men that first noticed an iridescent film on stagnant waters or a reddish sludge along the edges of ponds and slow running streams,” read a 1970 Hartford Courant article on the state’s history of bloomeries. “These signs indicated the presence of bog ore and pond ore … Blooms were then pounded into bars of about 50 pounds each and sold to blacksmiths.” 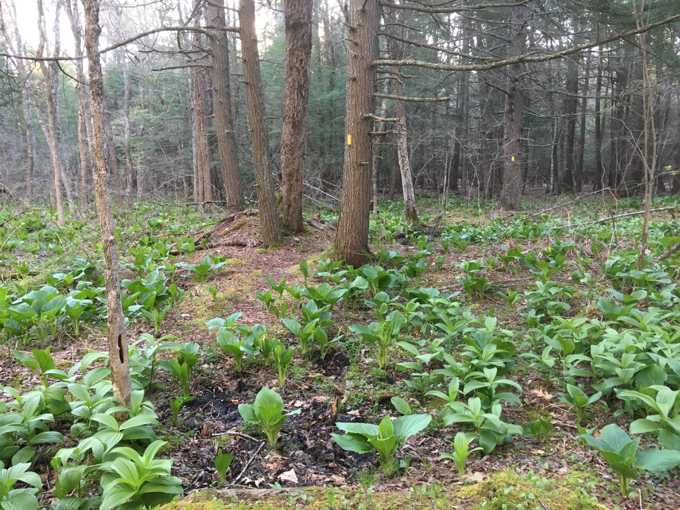 I hiked out to the end of the trail at the peaceful Mount Hope River, turned tail, and completed the loop on my way back to the car. 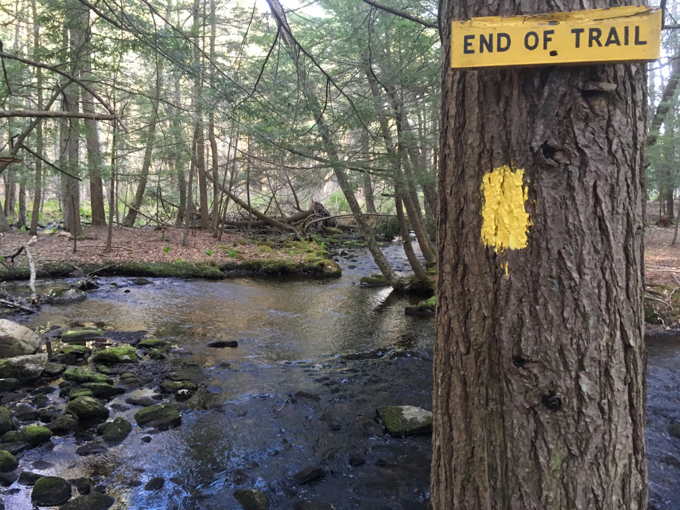 Iron Mine Valley is a nice little hike and the riverine payoff at the end (or the middle, if you choose to continue across it) makes it a very worthwhile pip through the woods. 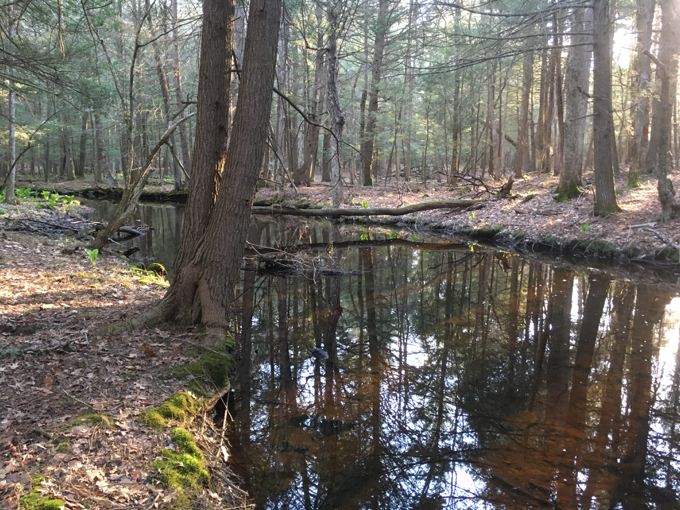