Joshua’s Trust owns, maintains, and oversees a ton of properties in northeastern, Connecticut towns that the majority of Connecticutians don’t know exist. While I have many still to explore, I’ve been impressed with those that I have hiked already. Potter Meadow was my first in Columbia. 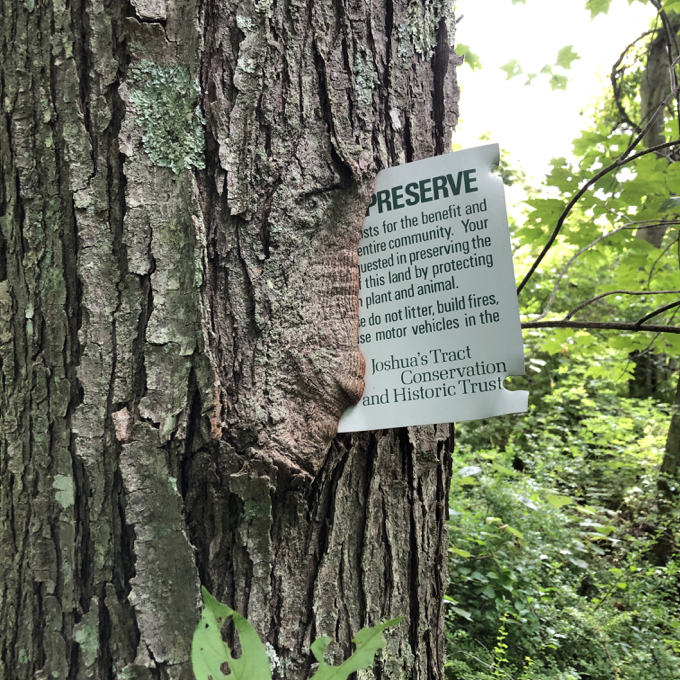 Knowing literally nothing about the preserve as Calvin and I found the business park cul-de-sac trailhead, I felt somewhat guilty. I usually can prepare my son with something about whatever trail we’re about to walk… but for Potter Meadow, I simply said, “there a river and it’s not too long.” 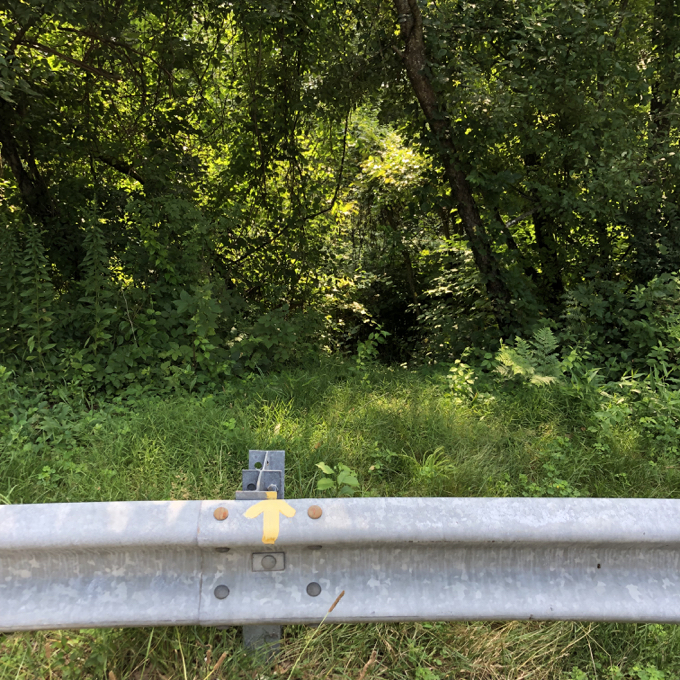 I didn’t see the usual Joshua’s Trust sign – a sign that I know existed here at least a year or two before our arrival. I’m sure it will return. Up and over the guardrail and down a steep overgrown embankment to the trail proper. Let’s learn about this place.

Potter Meadow was given to Joshua’s Trust by Whitehall Properties in 1988. This 34-acre land trust preserve lies entirely within the floodplain of the Willimantic and Ten Mile Rivers.

Potter Meadow was owned by the Buckinghams, who were conservators to Uncas, father of Joshua. Starting in the 1830’s the Potter family used it as pasture land. Today, as a nature preserve, it provides excellent wetland and riparian habitat that lends itself to wildlife observation and birding.

Potter Meadow sits near the intersection of several other Connecticut hiking trails/greenways, including the Air Line State Park trail and the East Coast Greenway. Visitors should be aware that the entire parcel may be submerged and impassable after heavy rains, and may be muddy at other times. 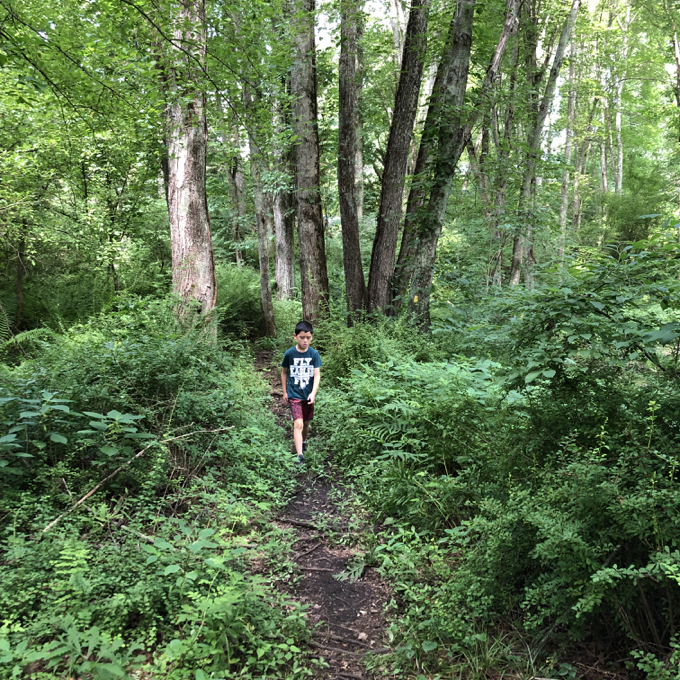 Well that’s exciting! A trail that simply doesn’t exist at times! We had no such issues in July, but if the description is true, we’d have had great difficulty a few months prior during the 2019 spring deluges. 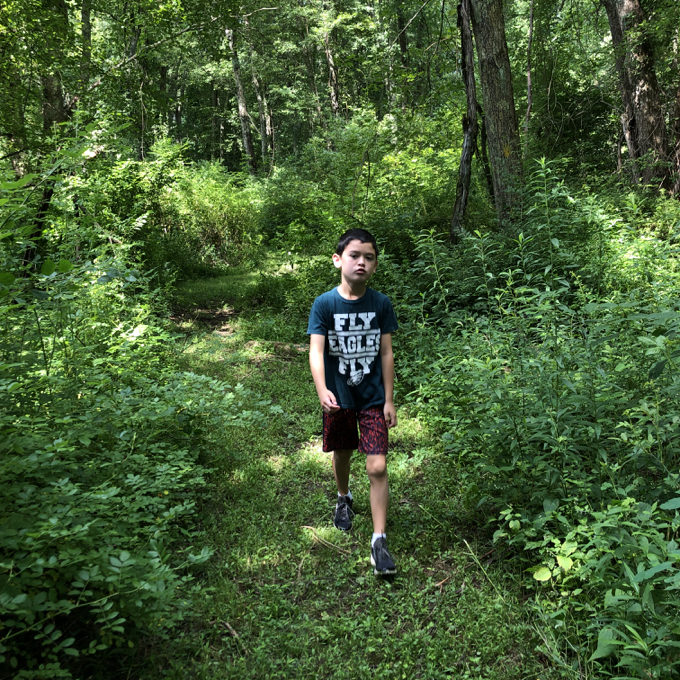 The trail is a flat yellow-blazed loop bounded by the two rivers mentioned above. Calvin and I tackled it counterclockwise. As with all of my previous Trust experiences, the trail was well-cleared and marked. 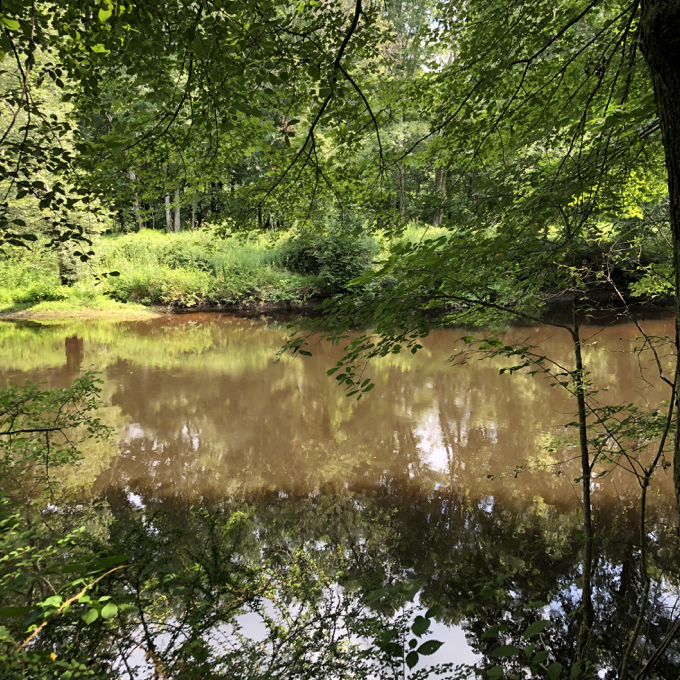 In fact, it kind of blew my mind that this trail appeared to be mowed. As in, someone drives a riding mower along large portions of this trail and keeps the grasses trimmed. Now, while you’re thinking, “who needs to do this ‘all the way out in Columbia’,” the property actually abuts the Windham (Willimantic) border. So it’s not like this is pure boonies. 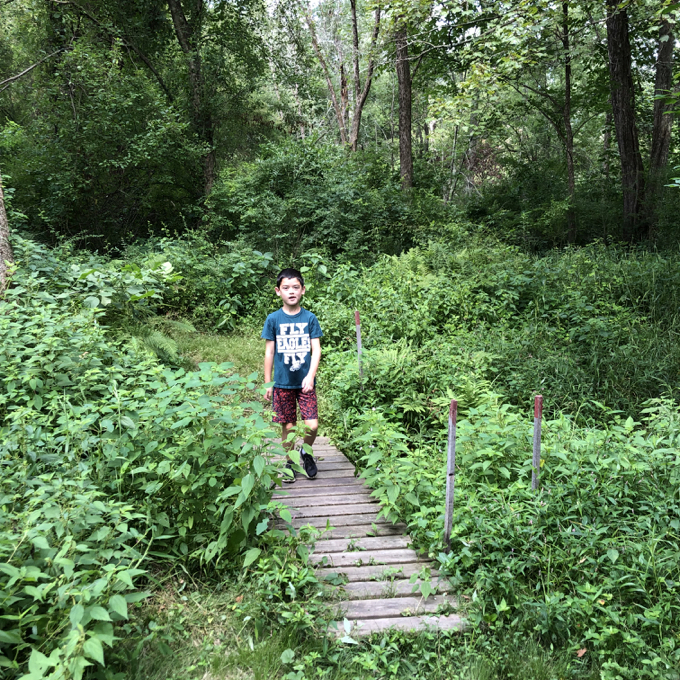 After a glimpse of the Ten Mile River, we enjoyed some time along the far mightier Willimantic River. The highlight of our day was a baby catbird that was struggling to fly. In fact, it literally couldn’t fly and was just bumbling about in the bushes. As Calvin and I got an up close view of a terrified baby birdie, its mama squawked and screeched at us from above, even attempting a weak dive bomb. 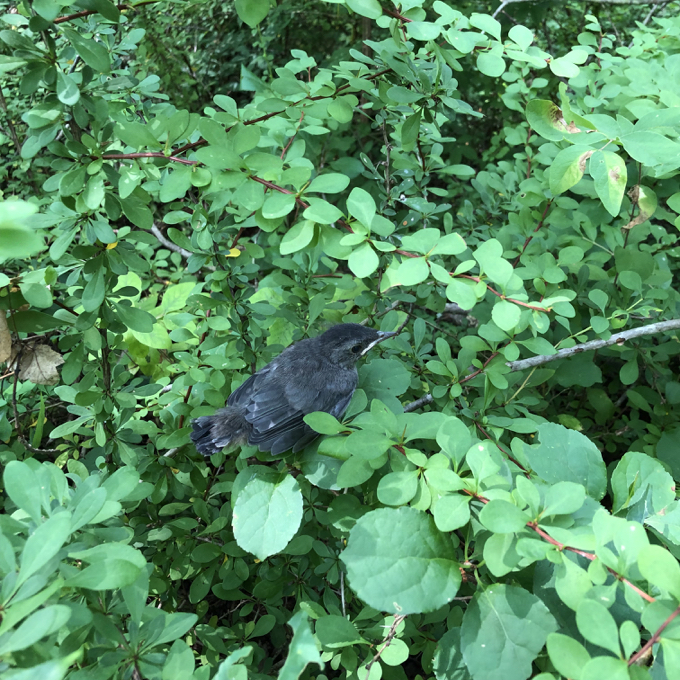 I explained to Calvin that it would likely learn to fly soon enough and that we needed to respect its mom and carry on… leaving the bird alone. Besides, the swarms of mosquitos and no-see-ums were enough to get us moving anyway. 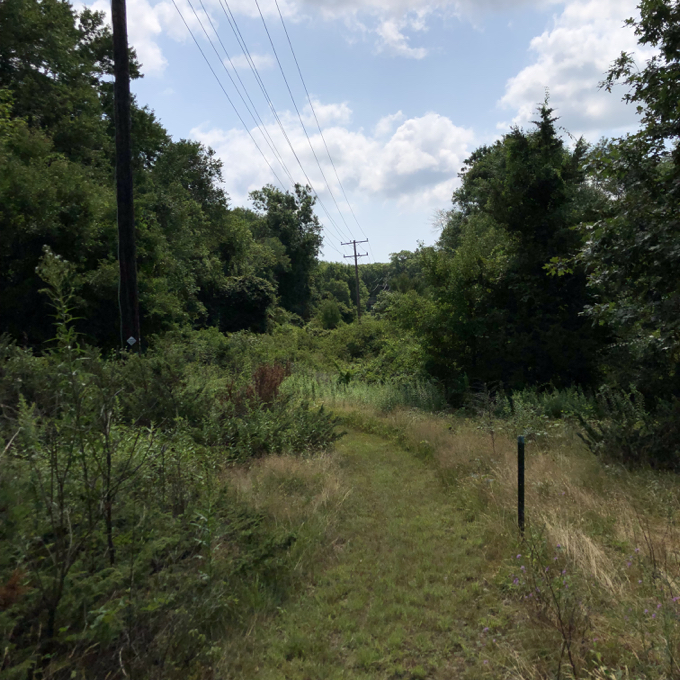 We completed the loop, passing the very short little blue connector trail along the power line cut for someone else to explore. If you happen to do this loop, just be aware of your location, as the short access trail is not signed and is very easy to miss. (It always makes me feel good when Calvin marvels at my ability to not miss these things.

Not the Trust’s best trail, but a decent little walk all the same. 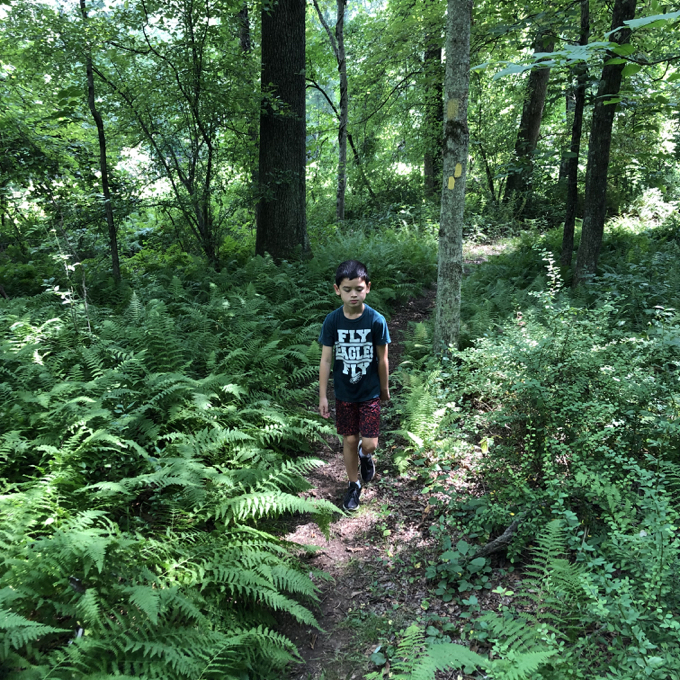 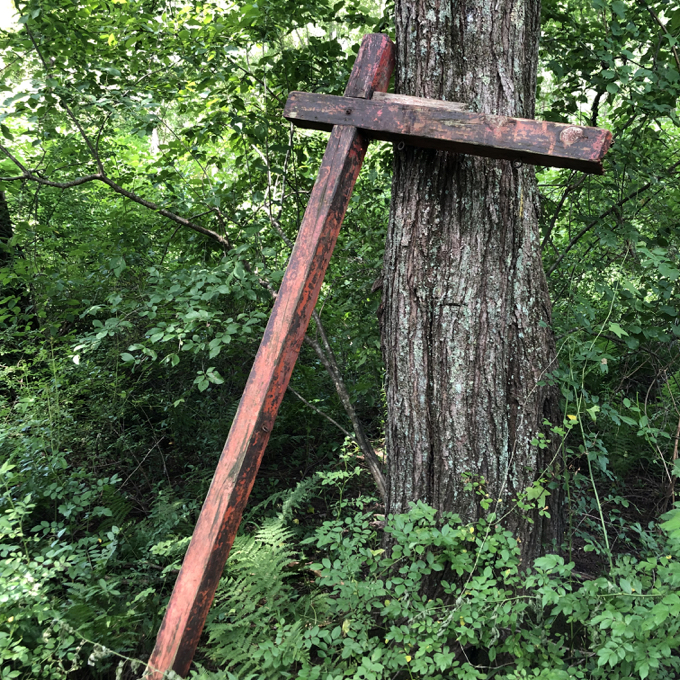