2014 Update: This innocuous little page, which has very little useful information on it, has become one of the stranger places on CTMQ. Much of it is hidden to you readers, but if you look at the comments, they provide some clues. I have deleted many of them and have received several strange emails as a result of this page.

I’ll sum it up: This place used to be great. The cheese-making was handled by a woman named Anne-Marie. I think she was married to or somehow involved with the Kris guy mentioned in the story. This ended poorly and she ended up in New Zealand somewhere. How she ended up there and where she is there is story I’ve tried to keep out of the comments.

What’s interesting is the comments keep coming. I don’t know any of these people at all. I just ate some average goat cheese from a weird farm in Brooklyn, CT.

2019 Update: This place is nuts. A new owner tried to destroy the shop and run someone over on the property and… I see they no longer have a Cheese making license, so let’s call it dead.

Cat cheese? Okay, that’s not fair. And I’ll be honest: This review of my visit is probably unfair altogether. Why? Because as I was told, my visit came at the end of a day of some big fair or something where Meadow Stone sold a lot of their wares. 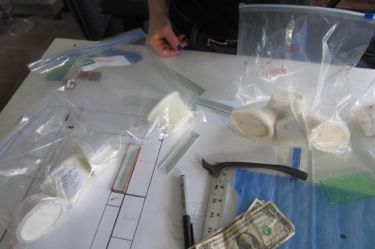 On top of that, the cheese maker and proprietor wasn’t in the shop during my visit either, as she was over at that fair thing.

So even though I arrived during the posted open hours, I can sort of understand why the woman who helped me didn’t really know how to help me and why, one hopes, multiple cats were roaming around the joint.

I can verify that their website notes many more cheese choices than I was offered, so there’s one clear sign that my visit was not at the best time. 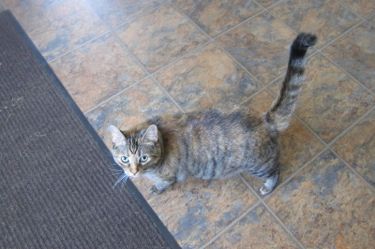 I stopped by on a Saturday afternoon and even though I knew the cheese shop was in the middle of something called the Architectural Stained Glass Studio, which is what all the signage referenced – at least in 2012.

In fact, the inside of the place is far more suited for making stained glass art than making cheese. Hey man, when you set out to sample cheese from every CT cheese maker, you find yourself in some really random places. 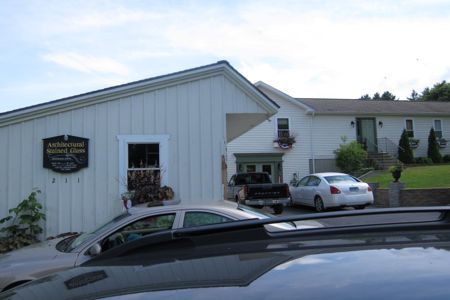 Art stuff aside, Meadow Stone has a very real and very agricultural history:

Meadow Stone Farm, a multi-generational farm, began with poultry – but the farm has gone through dramatic changes over the years! In 1981 Bob and Denise established the original Meadow Stone Farm. The farm, which started with 15,000 free-range chickens, was worked by the entire family including Denise‘s Dad-Roland. In 2002, Bob and Denise gave their youngest son, Kris, the working portion of the property. He then started over & revived the farm — this renovation involved gutting & reworking the old farm building, which was two stories and 200 feet long. With the help of Bob, a bottling/milking/feed and state of the art cheese making rooms were built. A good deal of the materials left from the original building were recycled into the new facility. The end result is now a full functioning cheese plant producing the area’s finest artisinal cheeses and goat milk soaps and lotions. 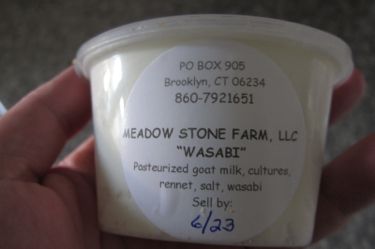 I suppose I should revisit someday to check that out, but we’ve all seen plenty of cheese making barns in our day.

The woman who helped me was as helpful as she could be, considering the circumstances. I was offered a few different types of goat cheese chevre. Dill & Tomato, wasabi and – a few others.

The Meadow Stone website lists some other cheeses available:

Our “White Knight” is available now. This camembert has a soft, creamy texture with a delicate honey-like flavor. The curd is hand-ladled into delightful mini wheels.

“White Bliss” will be the new standard in brie. A rich and luscious white mould cheese. Its delicate creamy flavor delivers a full-mouth feel with an aroma that hints of mushroom and nuts. It is extra smooth and luxurious on the palate due to its high cream content. 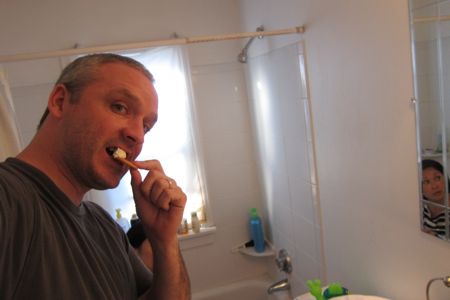 Unfortunately, I never saw any blue or camembert or brie – three cheeses I like much more than chèvre. But this wasabi stuff was pretty good, even if it contained no heat or wasabi flavor at all.

Regardless, Check out Hoang in the mirror in the picture above which I took in the bathroom while she was giving Calvin a bath. I have no recollection why I did that, but I’m glad I did.

Maybe next time we’ll pick up some of their other cheeses. 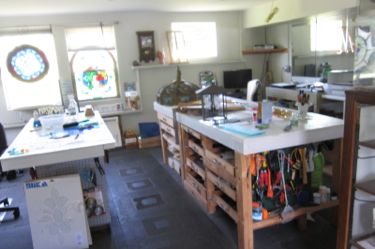