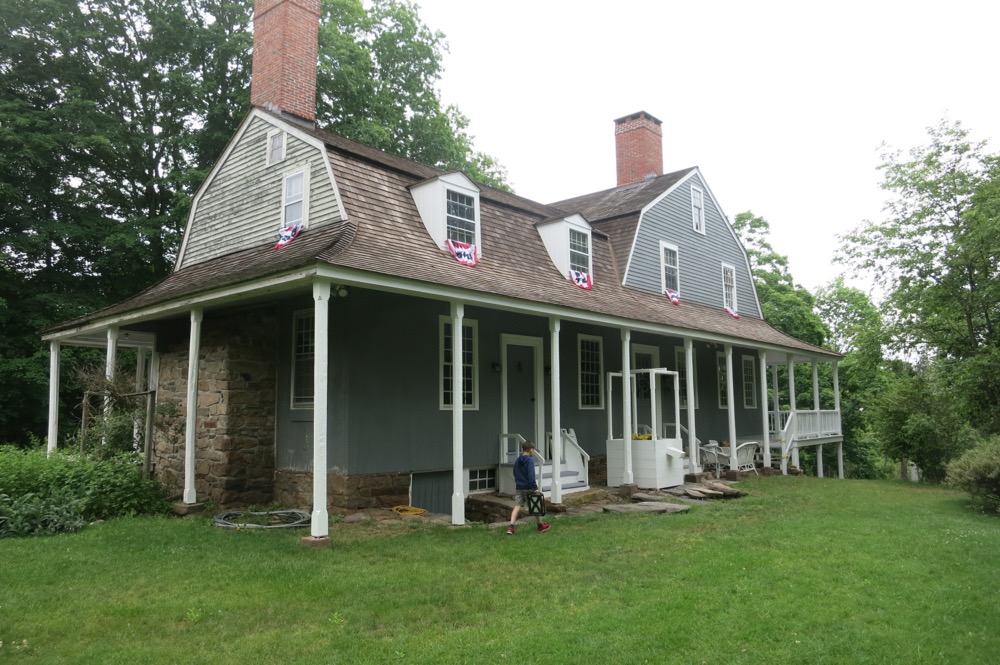 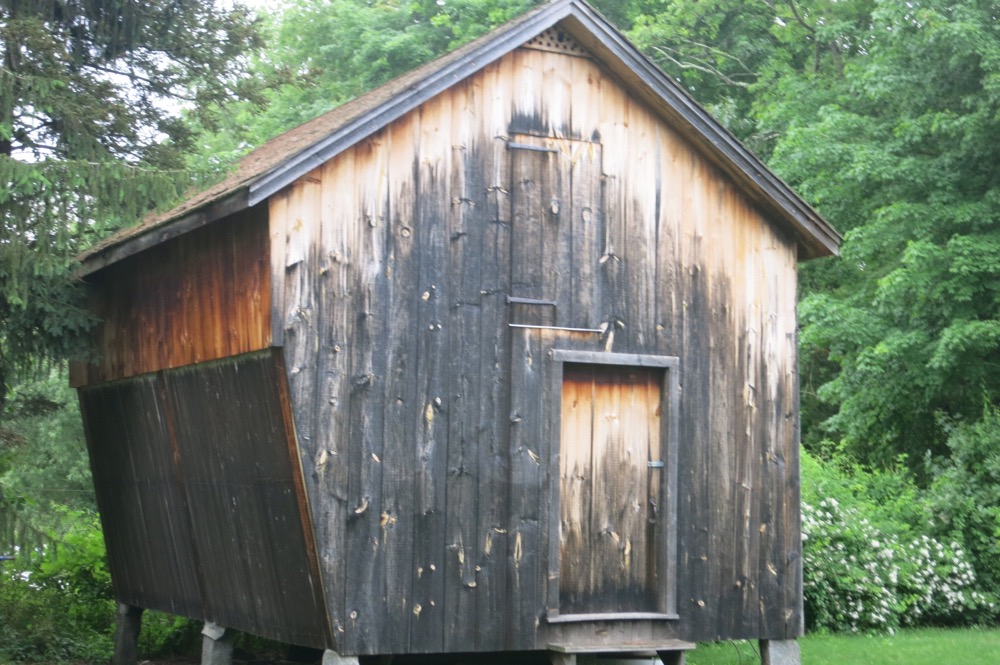 Medad is still an odd name, sure, but I can’t have as much wordplay fun with Medad Stone as with Stone Medad.

The Medad Stone Tavern Museum was originally built in 1803 by Medad Stone to serve as a… you guessed it, a tavern. He had built it away from the town green because he thought the Boston Post Road would be rerouted. Now, you might be thinking that ol’ Medad was just a risk taker and it bit him in his butt.

Nope. He was an insider who got a hot tip and it turned out to be wrong. Stone already owned a tavern on the green that he’d inherited from his father (a.k.a. his “medad”). He was also part-owner of a stage company that carried public mail. Road conditions at the time were bad and in 1803 Stone and his partners petitioned the General Assembly to reroute the Boston Post Road. Confident that the alterations would be made, Stone built a large new tavern of Dutch Colonial design along the proposed route. 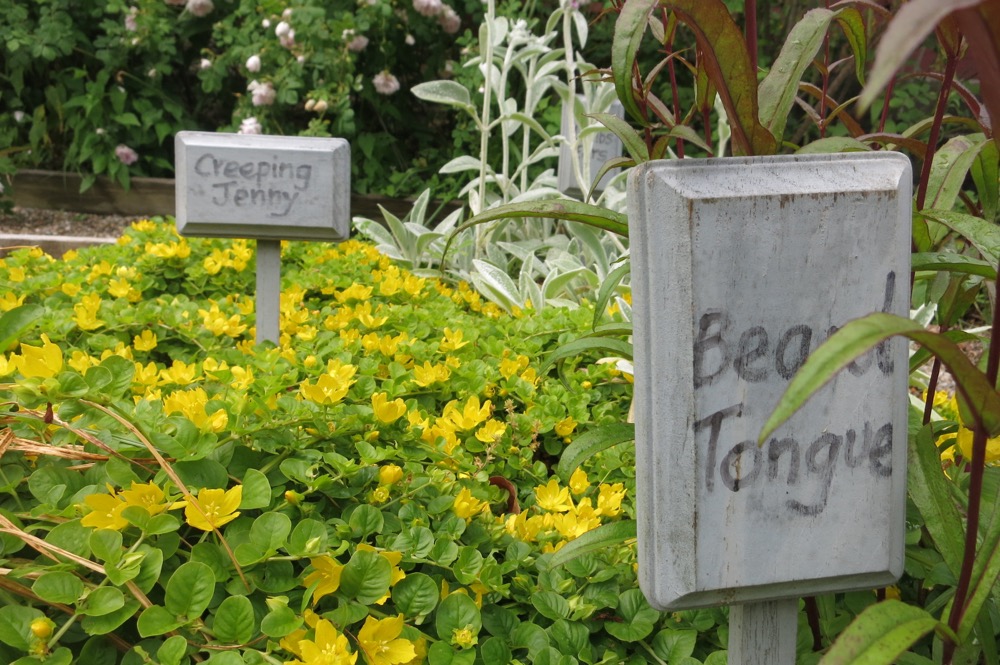 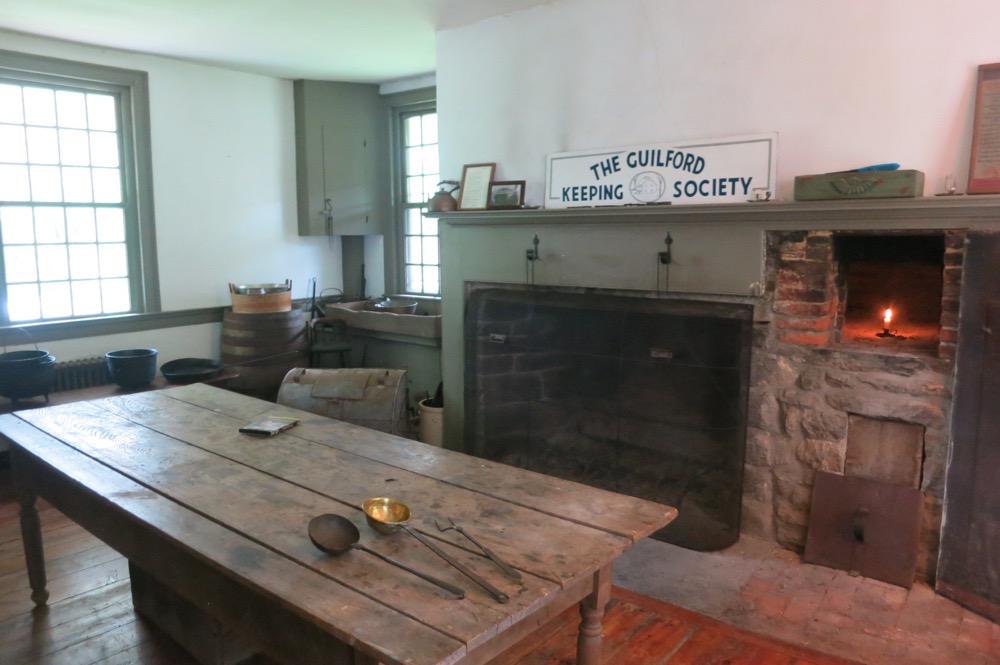 Oh snap. This story is kind of delicious. Except this sort of thing never really happens anymore, as politicians and wealthy businessmen would make sure the road got rerouted – or at least make sure that the tavern didn’t get built. But the US was still quite young back then, and such rampant corruption hadn’t taken over all levels of government. If someone gets money to build an expensive bridge to nowhere in Alaska, goshdarnit, that bridge is going to get built.

In 1803, the tavern was built and… no one came. Because it never opened because the Boston Post Road was never rerouted. And it was quite a handsome tavern too. It has 14 rooms and 10 fire places. There’s a barn, a corn crib, and plenty of fields and land. T’would have certainly made a fine tavern in the early 19th century. 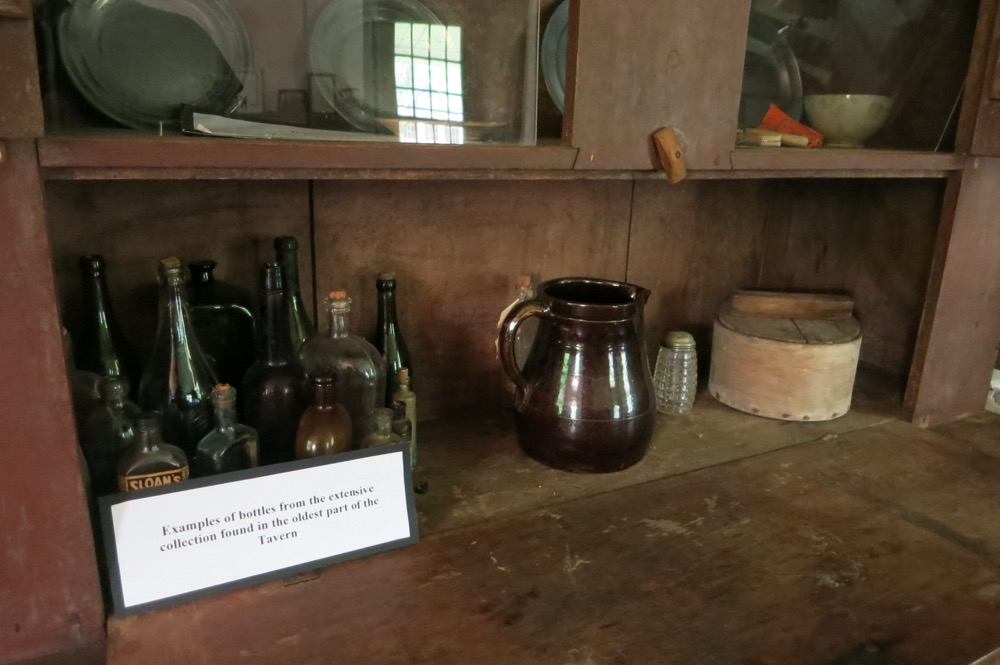 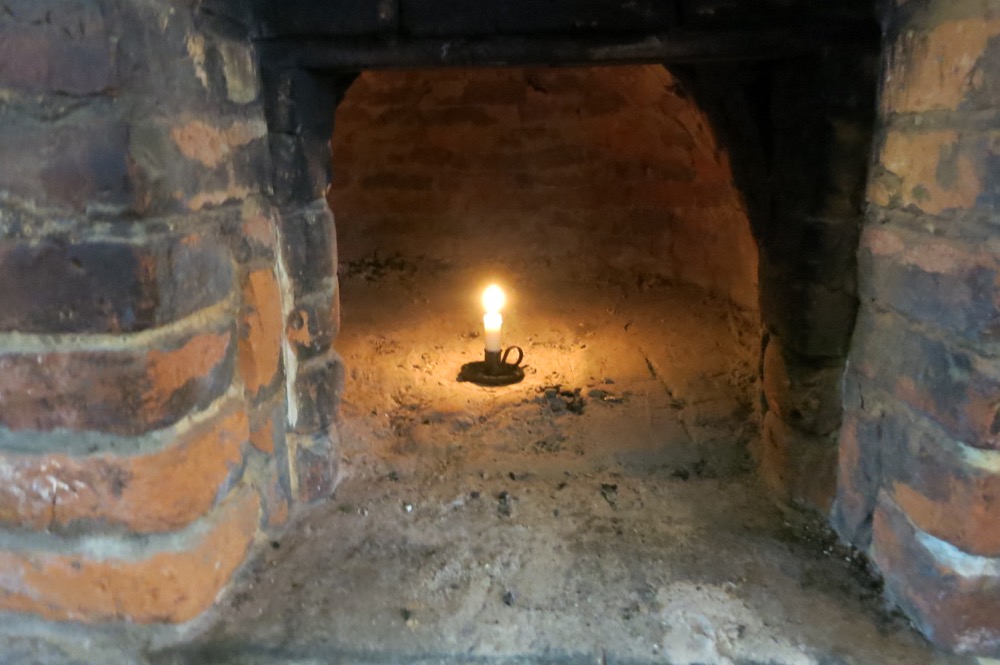 As for us in the 21st century, we have the Davis family to thank. The building had stayed with the same farming family for almost 200 years until Leonard Davis Hubbard willed it to the Guilford Keeping Society in 2001. The Society restored the building as close to its 1803 originality as possible, and now it serves as one of their museums.

A museum that is, at its core, another of Connecticut’s hundreds or so historic house museums. But instead of detailing the place room by room, I’m guessing some of you may be curious about the “Guilford Keeping Society.” I know I was when I first heard that moniker. 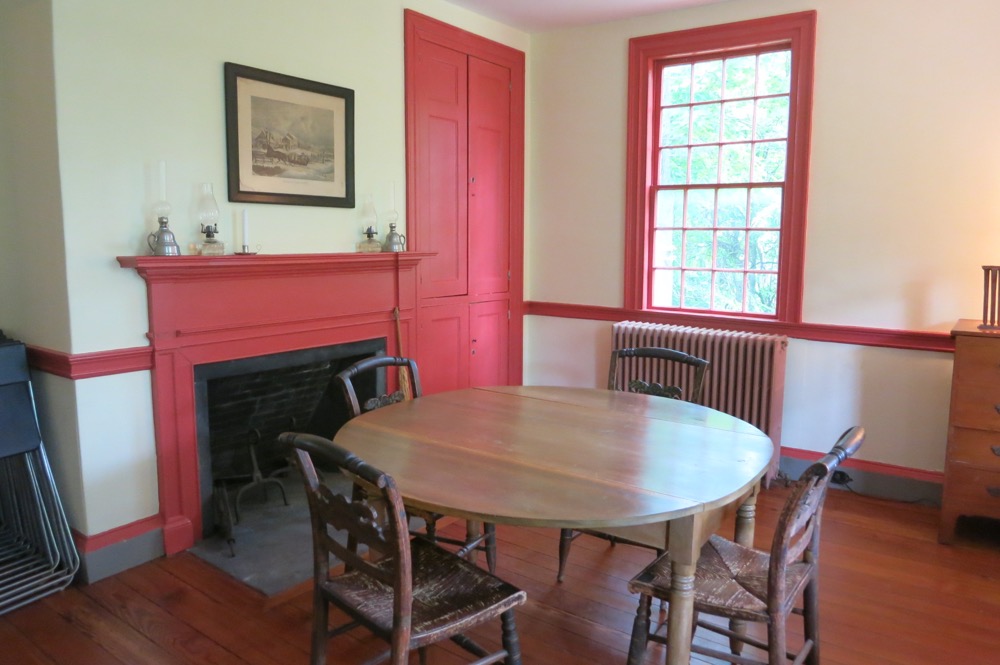 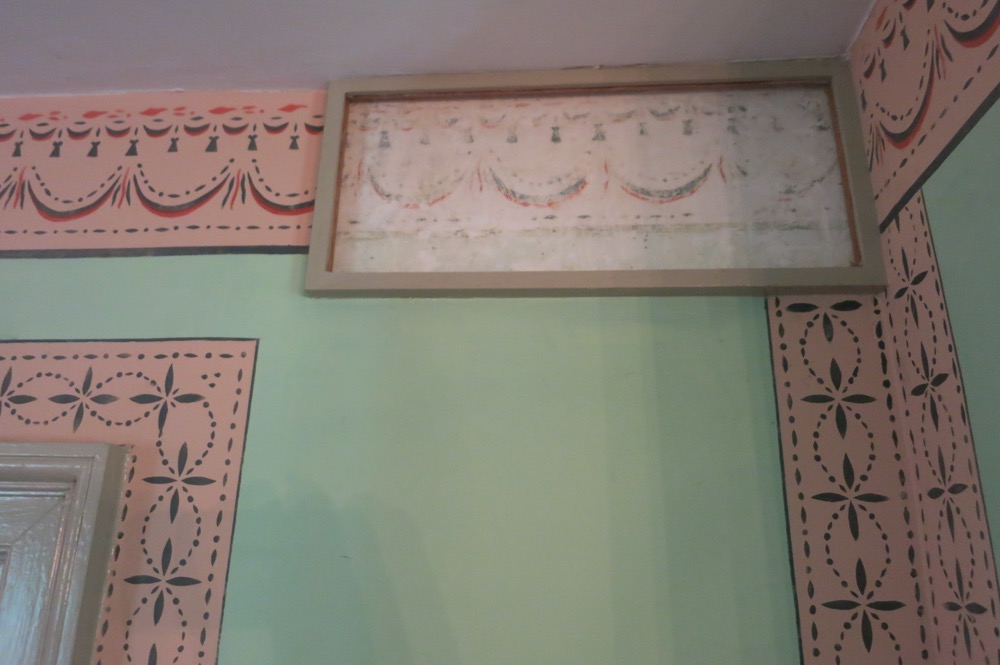 Here’s something weird. When I wrote about the GKS’s other museum in 2011, the Thomas Griswold House, not only did I spend time talking about the unique “Keeping Society” name, but I also used the phrase, “took the wind out of my sails.”

I’ve written several thousand pages on CTMQ and I’ve written that phrase exactly two times. On that page and on this page. And that’s sort of freaking me out right now. The chances of that happening are rather astronomical, and yet it happened completely randomly. Is Guilford the Twilight Zone? Are there powerful forces pulling strings behind the scenes of which I am unaware? 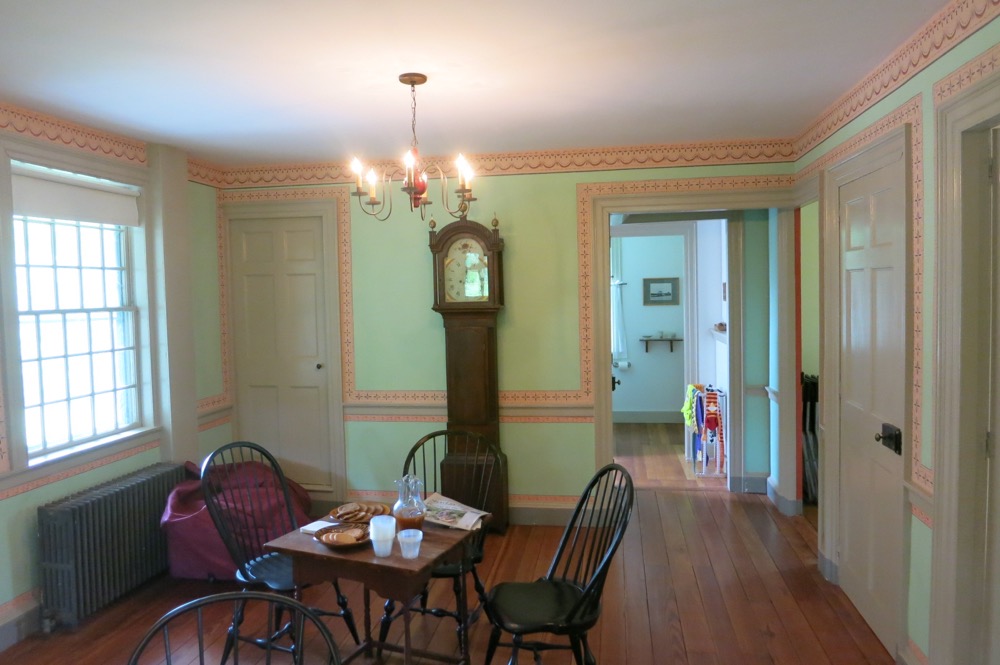 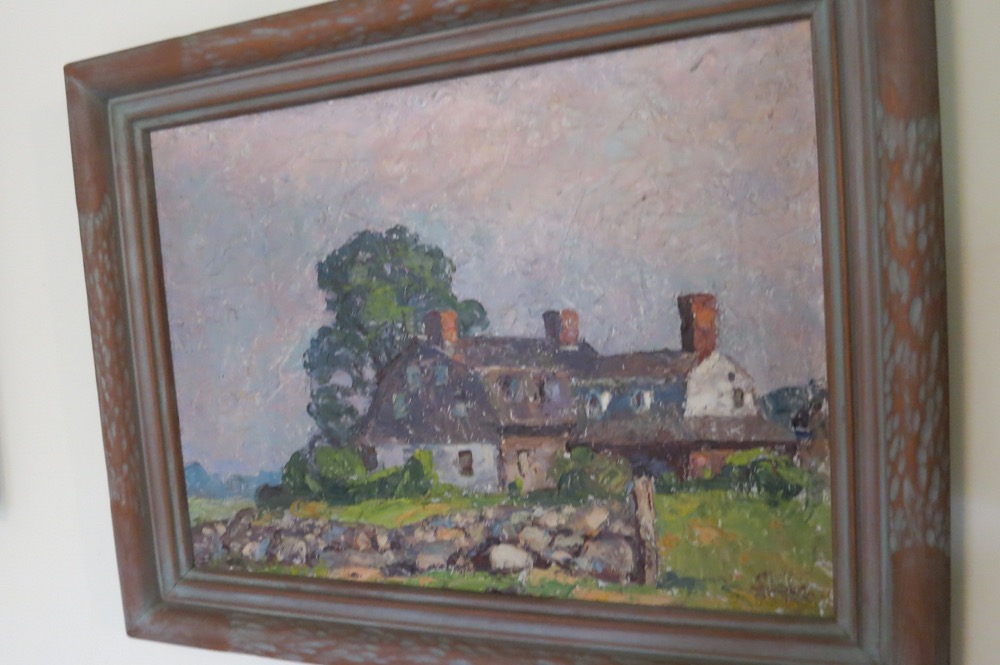 No, because if there were, Medad Stone would have had that road rerouted at some point during his 10 year battle over it. He did not die a happy man (I’m guessing).

Anyway, yeah, the Keeping Society. They actually began as the “Old House Group” after World War II as a gathering of Guilford residents who were interested in all the old houses around their beautiful town. The Society was renamed the Guilford Keeping Society in 1947 referring to the term “Keeping Room,” the gathering place for early American families, and resulting in the Society’s early slogan “Keepers of Guilford Heritage.”

They acquired the Griswold House was back in 1958 and continued documenting the history of the town for decades. Getting the Medad Stone Tavern in 2001… and me writing about a visit in 2022 shows the lasting power of the GKS. History never dies. 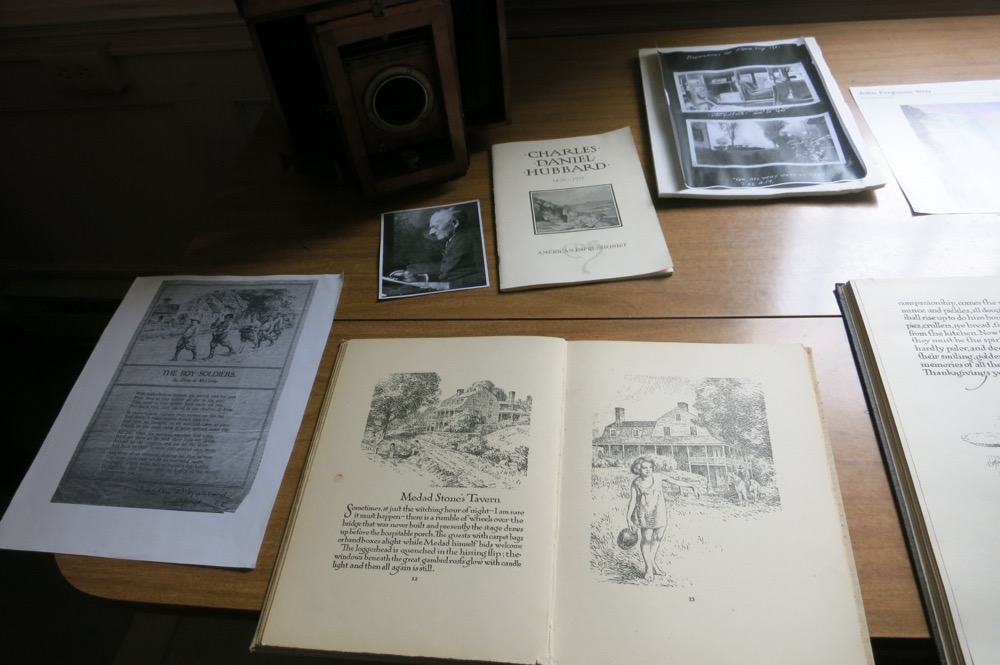 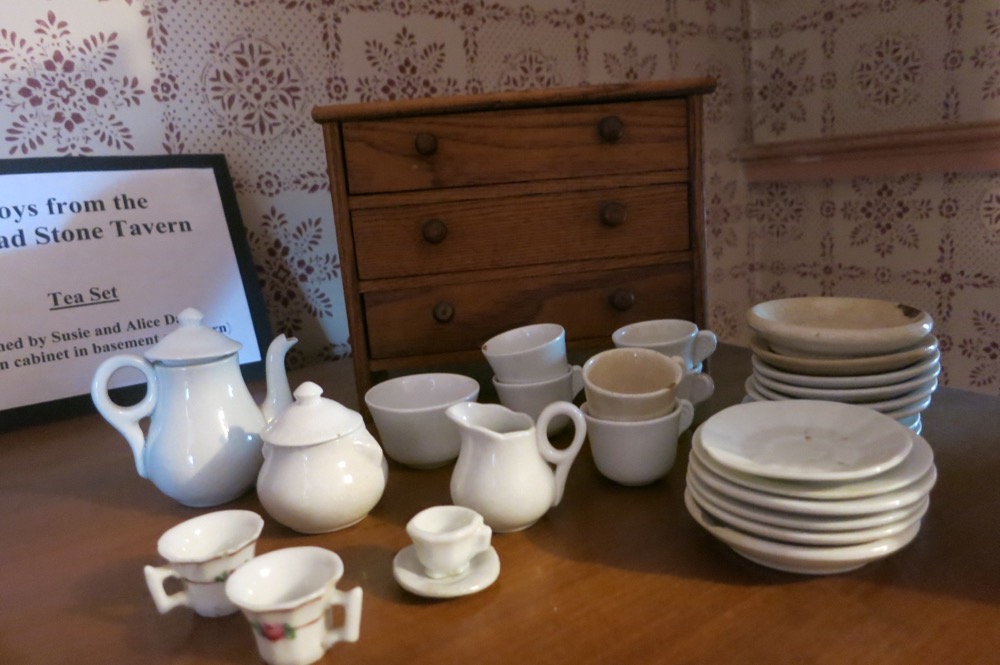 As for the tavern/house, it’s exactly what you’d expect it to be. It’s old, but went through a century of refurbishments and changes. A bedroom became a bathroom, the kitchen was modernized… that sort of thing.

But the last owner, Len Hubbard, was invested in restoring much of it to its original “tavernness.” Hubbard was an author and historian, and seemed to be planning on bequeathing the property upon his death for decades. 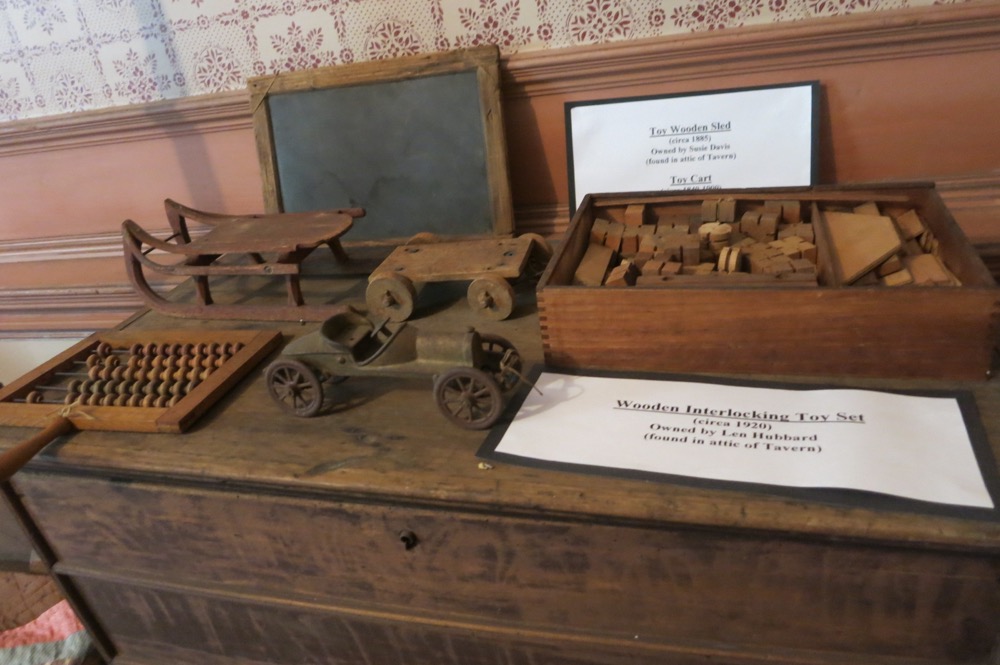 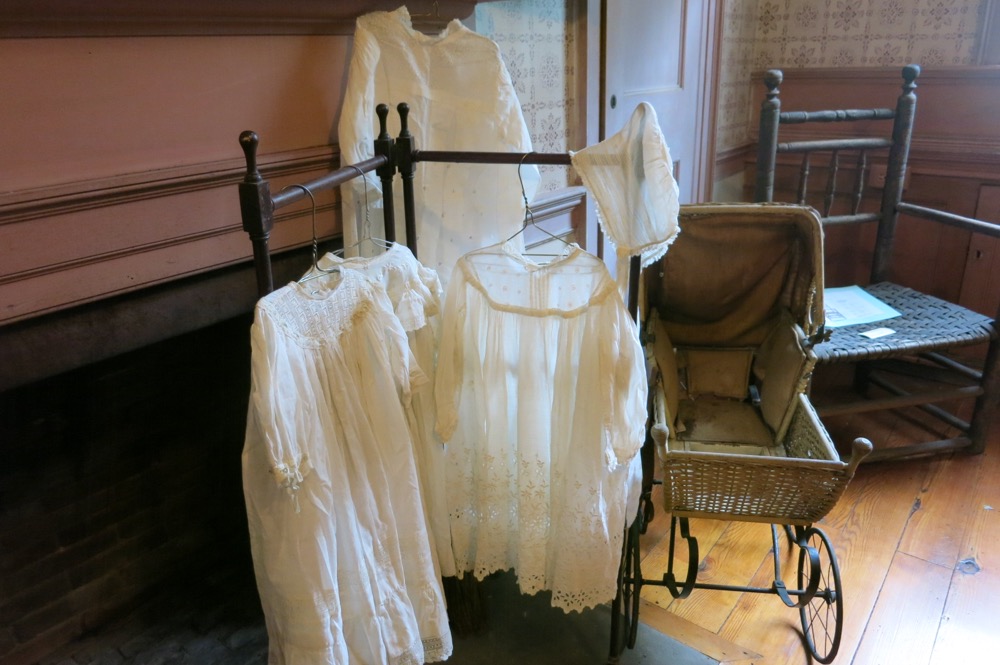 (Sidenote: he was also engaged for decades – four of them – before marrying his wife shortly before his death. That fascinates me for some reason.)

Hubbard is memorialized both inside with an exhibit about his life and writings and outside, as the garden is named in his honor. 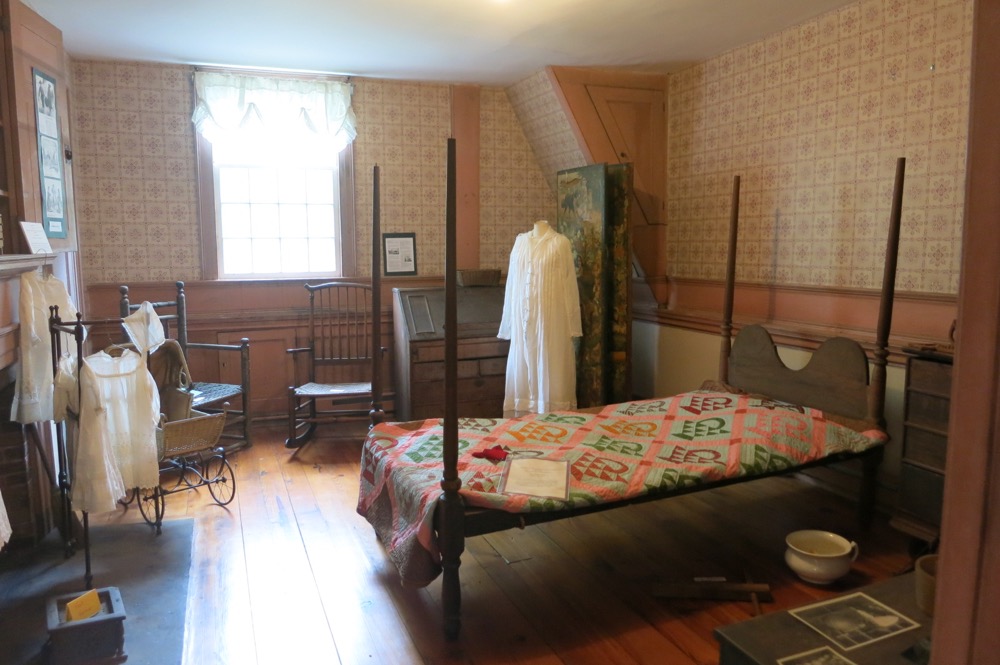 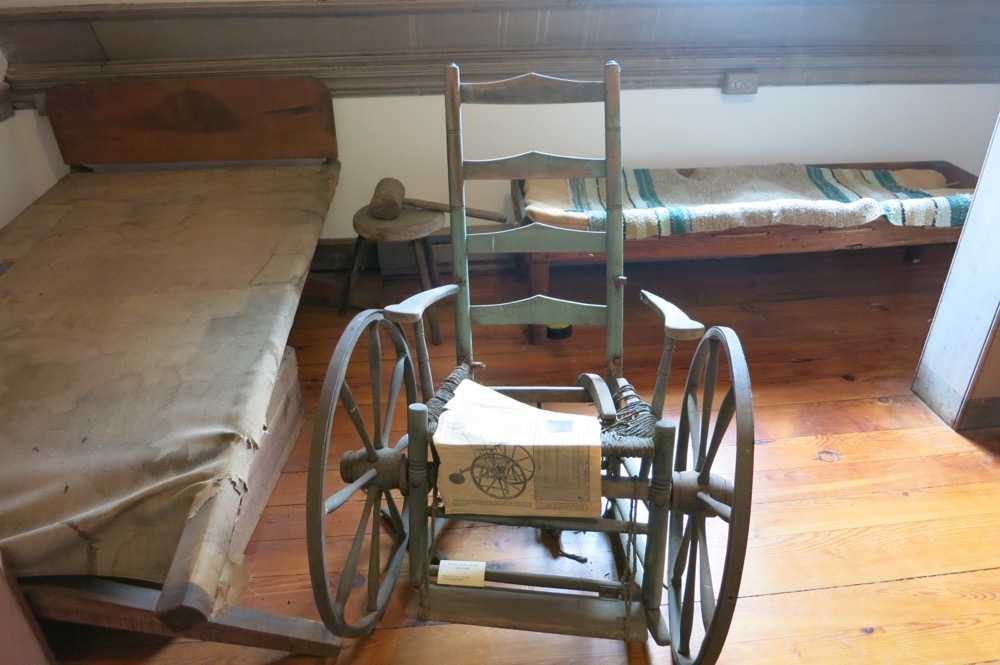 The Tavern also houses the Keeping Society’s archives and serves as its de facto headquarters. It is incredibly well built and attractive for sure. And while ol’ Medad didn’t get the state or town to move the main road past his doorstep, perhaps there’s some consolation now that people can tour it as a museum.

Yeah, probably not. The guy probably died angry. So next time you’re at a tavern, pour some out in his honor. A local business owner who tried to grease the skids and got run over instead. 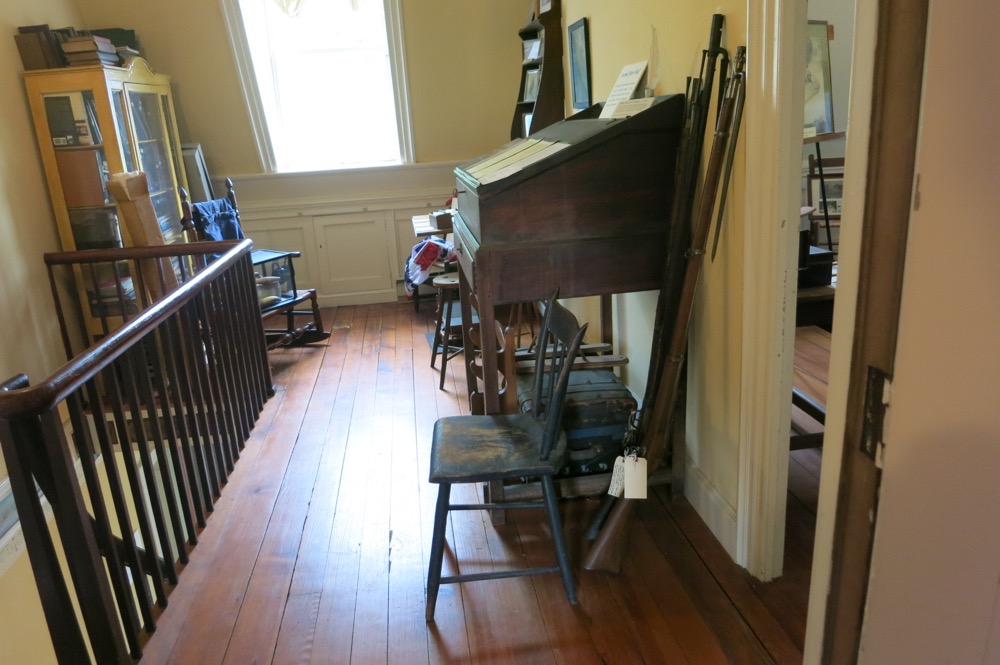 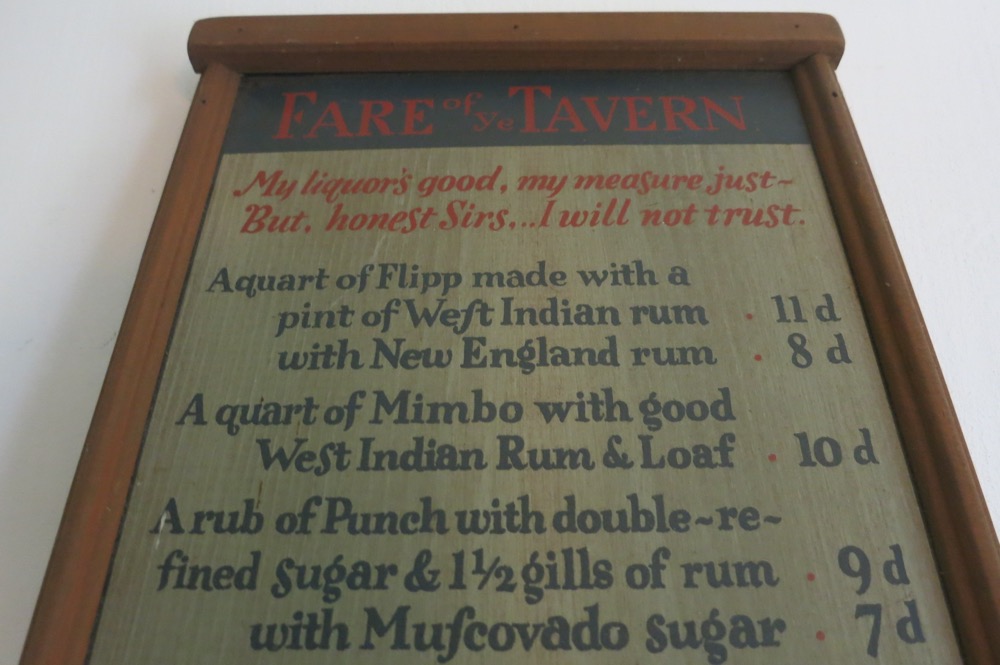