There are two stops along the Freedom Trail in Milford. They aren’t too far off the messy I-95/Route 1/Merritt Connector thing interchange. But this is Milford – the ONLY town in Connecticut where I have been legitimately lost to the point of yelling in frustration. The central part of the town was apparently laid out by a bumblebee.

And finding these two sites requires a drive into that mess. This time, fortunately, I survived the ordeal and got to two more important stops along Connecticut’s black history timeline.

This is not an attractive church, but it is actually easy to find (in Milford!) and they have presented the marker very nicely. 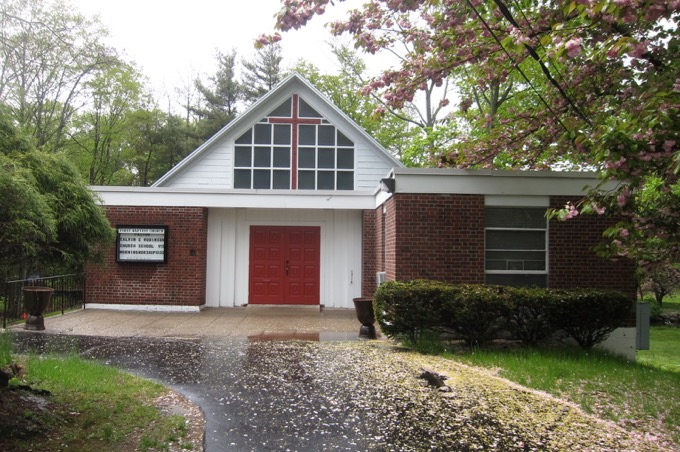 Located throughout Connecticut are graves of African Americans who fought in the American Revolution. Stones or markers seem to exist for few of them, however. The names of six black soldiers from Milford are displayed on a memorial marker in front of the First Baptist Church. The memorial was dedicated at a special ceremony in 1976 by the African American congregation. The soldiers named are: Job Caesar, Pomp Cyrus, Juba Freeman, Peter Gibbs, William Sower, and Congo Zado.

Congo Zado? Sounds like a wacky DJ name like Venus Flytrap. Or a ham radio call sign. Or just a straight up cool black guy name. 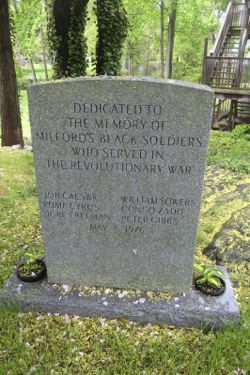 It’s a shame, of course, that so many black soldiers were not honored in the way they should have been, so it’s always nice when an organization (like this church) makes the effort to make it right.

The church is at the northern cusp of the downtown nonsense of Milford streets. The next stop is less than a mile away… but nearly impossible to get to without a mistake.

Seriously? Who designed these streets? And who lets these stupid ducks mosey all about in the middle of the streets here? Random one-ways, nonsensical 5-way intersections, stupid ducks… Milford is terrible.

I guessed wrong at one of the 5 way intersections and then drove past the “entrance” on my first pass and then parked at the wrong place (at the Freelove Baldwin Stow CTDAR building, of course) and then bumbled around the cemetery and then saw another entrance off of Cherry Street so I drove around to that and drove around the smallish cemetery. 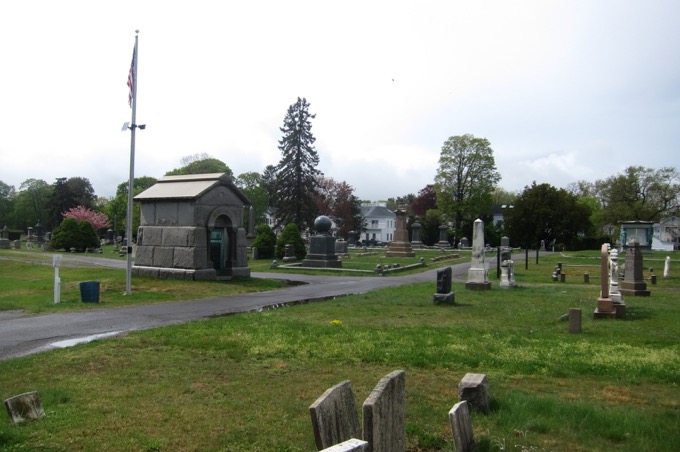 In Milford Cemetery, to the right of the long driveway, is a monument dedicated to American Revolutionary War prisoners whom the townspeople attempted to save when the British abandoned them. The monument was erected by an act of the Connecticut General Assembly in 1852. There are 46 American soldiers buried here in a common grave, including six black soldiers. At the foot of this monument is a large white stone listing the names of these men.

What is the “long driveway?” Several were closed to cars and they all seemed pretty much the same length anyway? I drove slowly around pretty much every road but since there were a couple entrances, the “right side” could have very well been the wrong side.

I am the only person who has these problems. Take a moment… for me.

I never found the marker, and oddly, the Freedom Trail site currently shows the monument from the church above.

I did find this cool gravesite though: 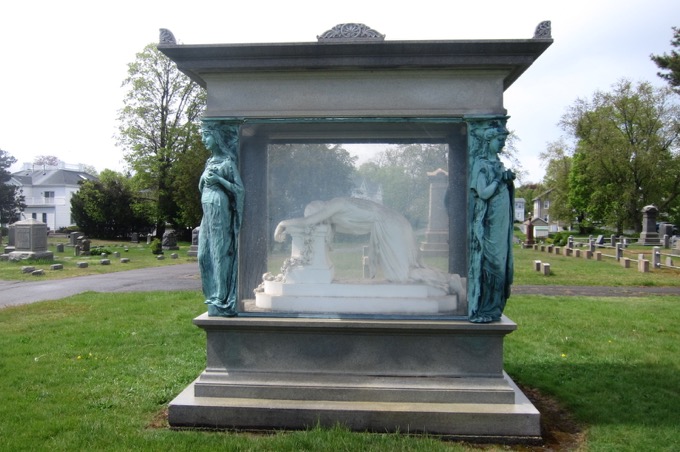 But I’m sure that was for a white person.