I’m writing up these trails six or so years after walking them with Damian. I’m starting it while listening in to his annual PPT meeting. (The Planning and Placement Team is the interdisciplinary team of parents and educators that make decisions regarding our child’s special education.) It’s me, my wife, and about a dozen educators and school district people – all of whom are part of Damian’s daily life. He gets speech, occupational, physical, and behavioral therapy. The child is a lot. 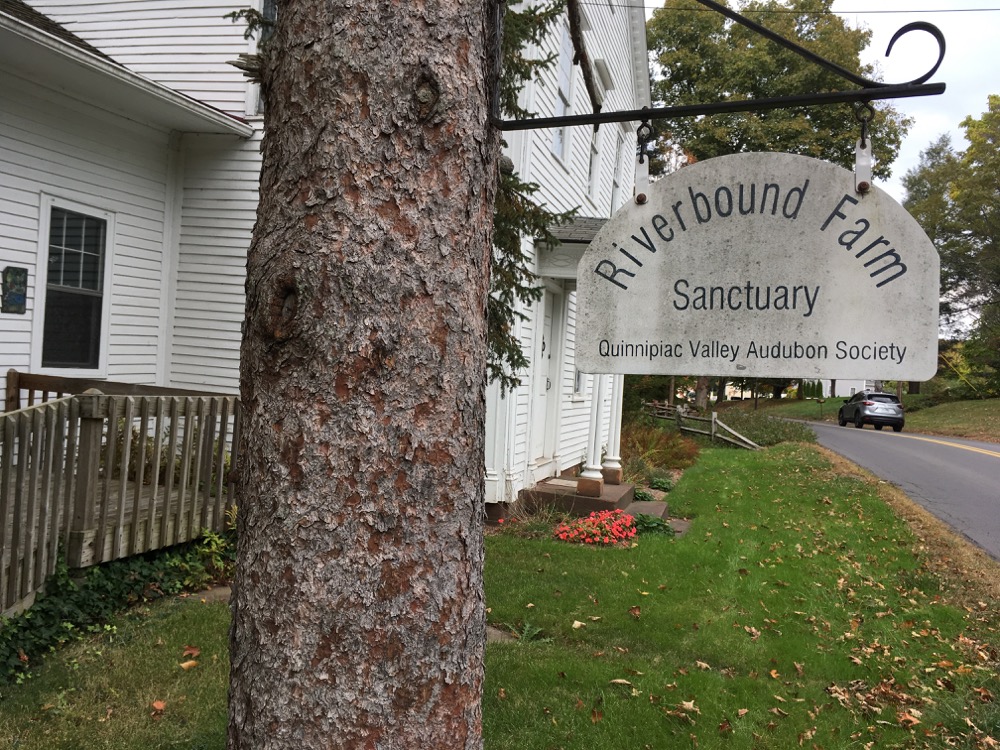 But what got me to begin this page this way is that while listening to one of them – the physical or occupational therapist – she was talking about his refusal to walk longer distances. When Damian was younger, I would take him on short hikes. It was good for him and he was more or less compliant. When he hit about 12 or 13, that was no longer doable. When he began refusing… there was no convincing him otherwise.

So I lost a (very slow) hiking partner. And that was a bummer.

This hike of three loop trails in Cheshire was one of our last together – but who knows, maybe at some point I’ll get him back out there again. But probably not. 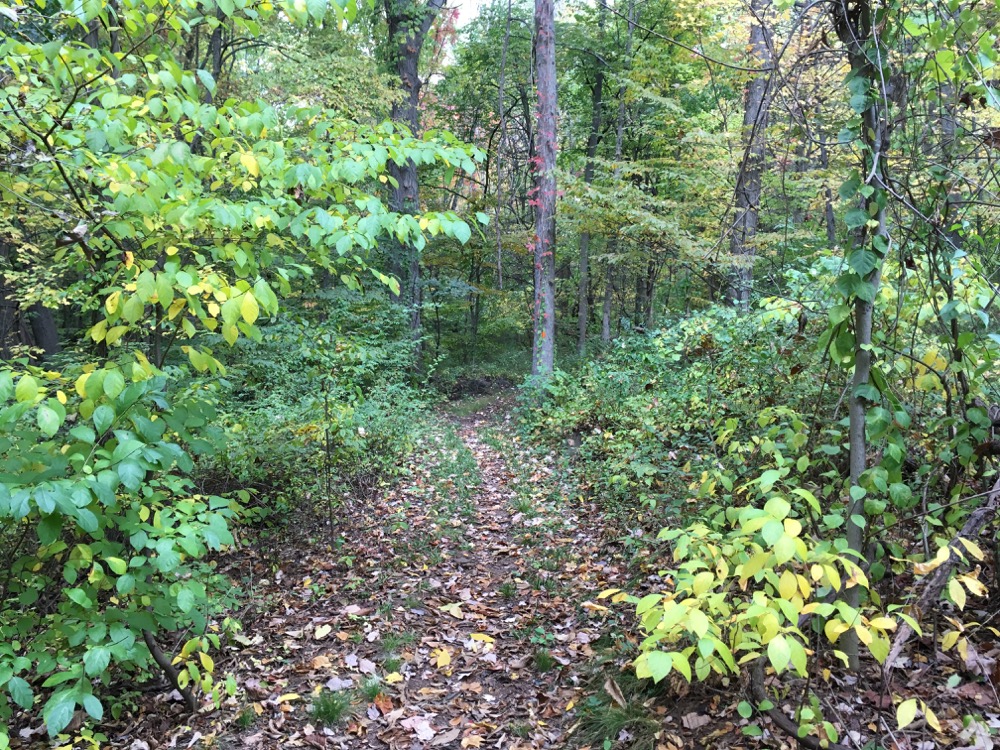 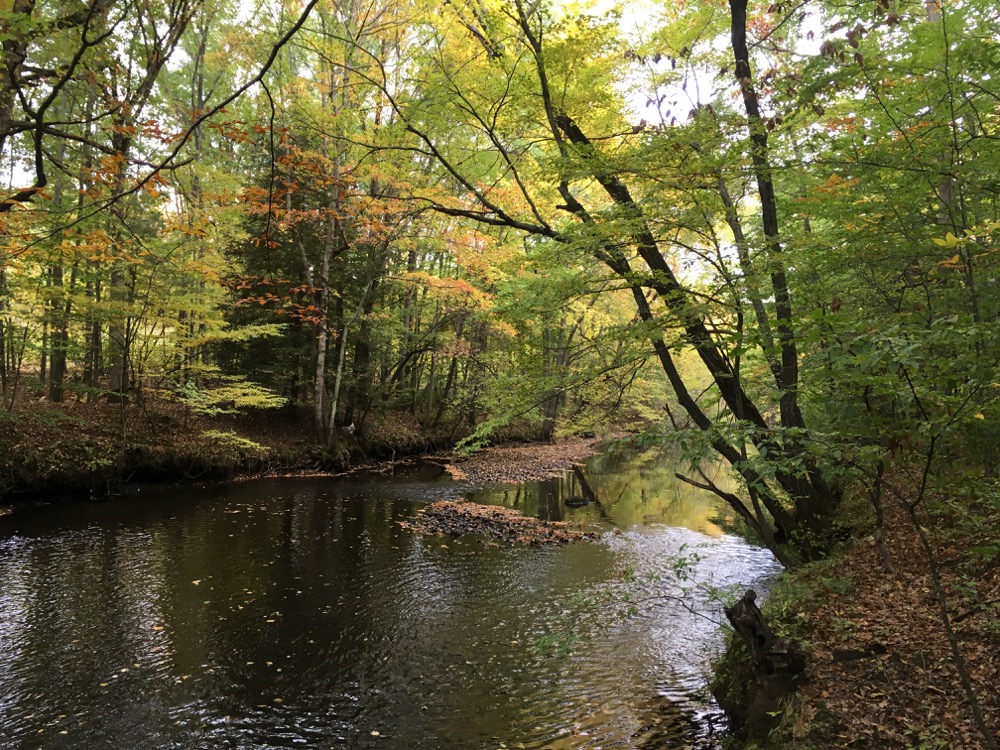 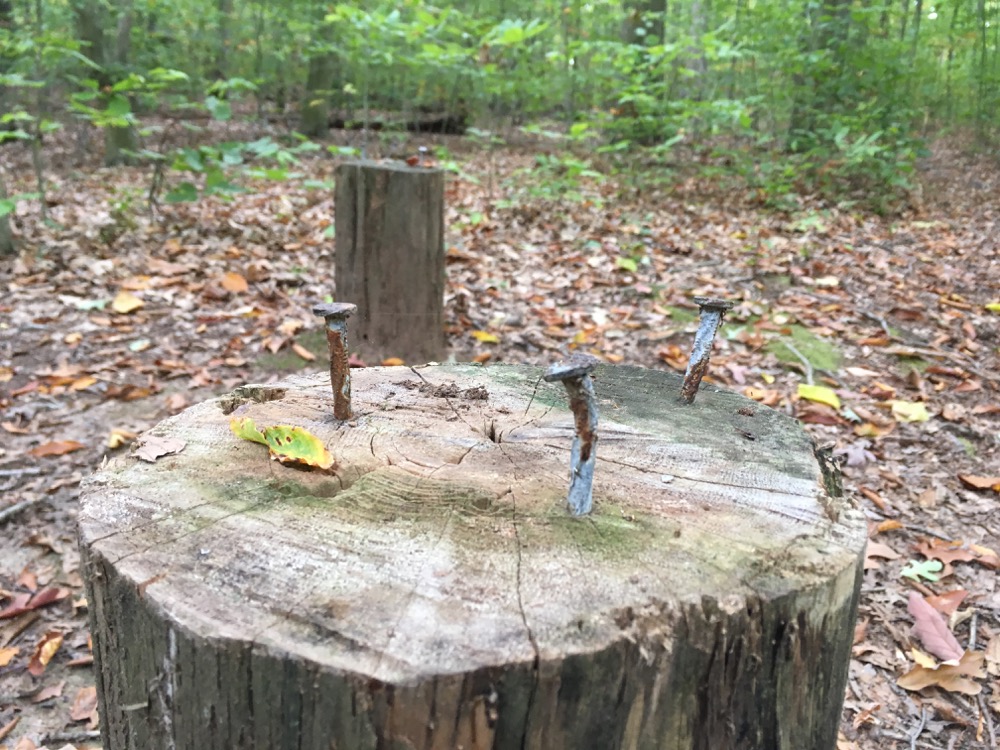 The ownership of this parcel is a bit confusing; if I understand correctly, Quinnipiac Valley Audubon Society owns the building and nature center here, but the surrounding trailed land, called the Mortensen Sanctuary, is owned and managed by the Cheshire Land Trust. There is a small parking area and the three trails are very well cleared and marked.

The blue and red loops are both very short and have what you’d expect from any Audubon adjacent property: labeled trees, a butterfly garden, and a “bluebird field.” We didn’t see any bluebirds however. Heck, I’ve only seen a few bluebirds in Connecticut in my life. But missing bluebirds aside, this is a very pretty hike. 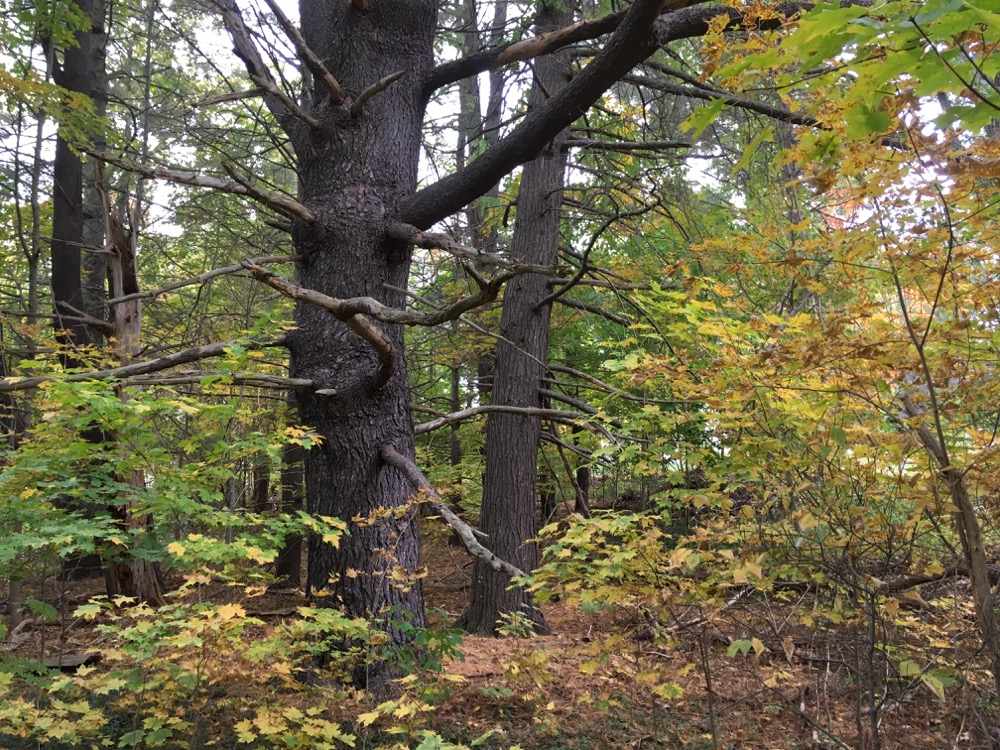 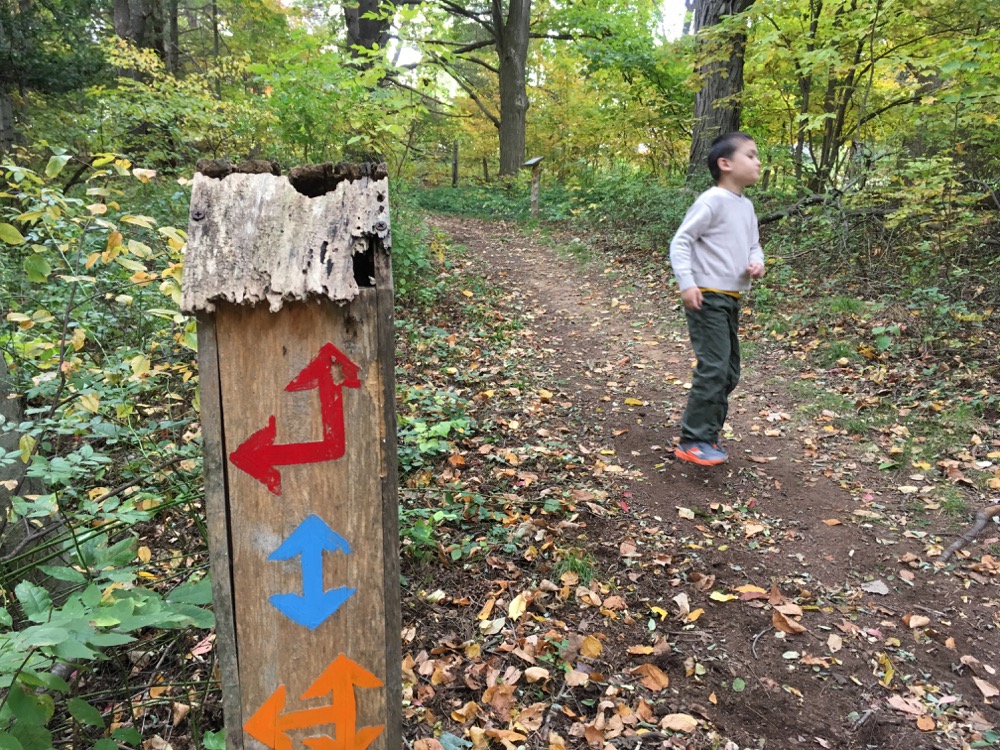 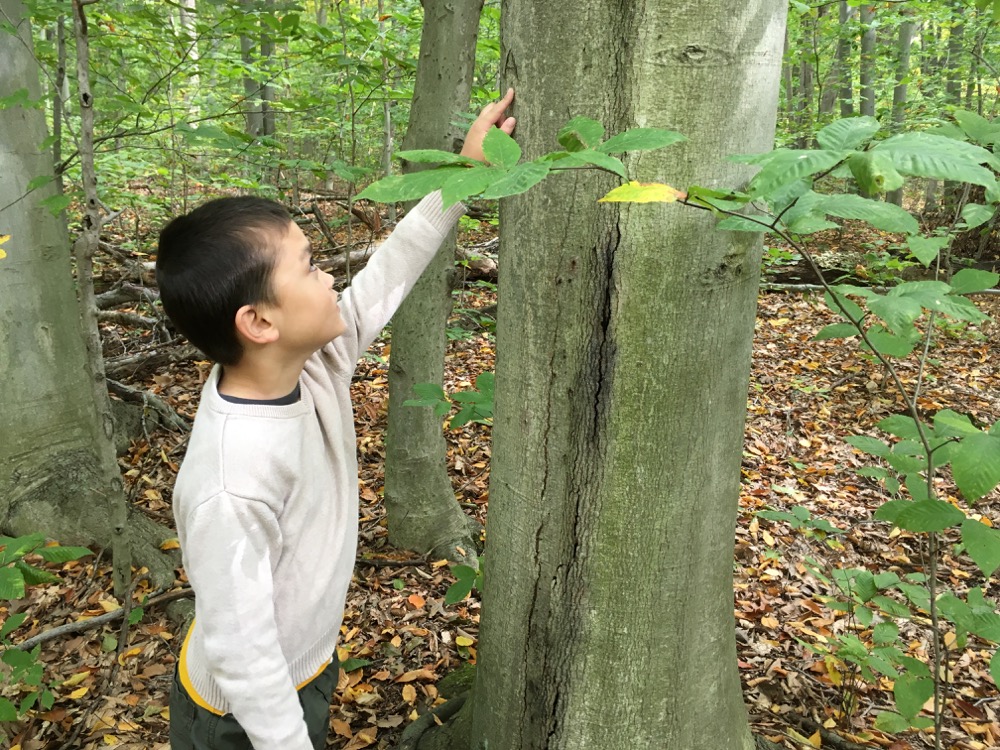 The trek along the Quinnipiac River is lovely. The longer orange loop – and by longer I mean it’s still less than a mile in total – continues along the river and it’s all very pleasant. Even as Damian and I made our way fairly close to I-691, the thick woods muffled the sound enough to keep us insulated from the noise and congestion.

Anytime there are signs along the trail, I have to stop with Damian so he can read it to me and ask repetitive questions. (Yes, I even miss this aspect of hiking with him.) At one particular tree, Damian made a discovery: 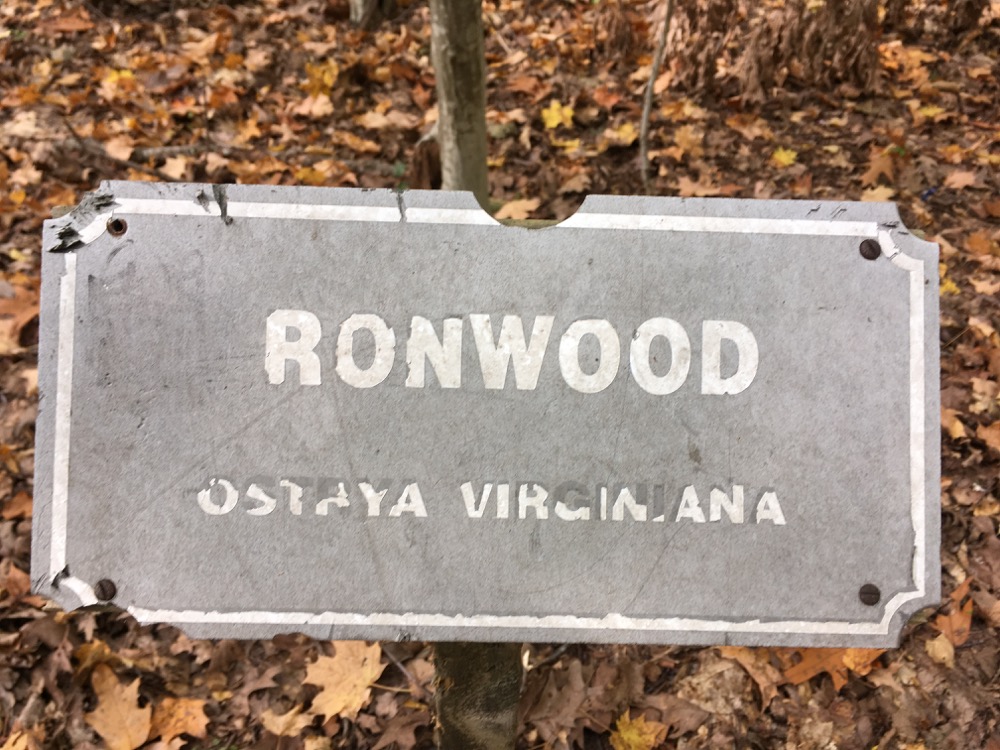 His grandfather and uncle are named Ron Wood. And no amount of my explaining to him that this was an ironwood tree would convince him otherwise. This was his grandfather’s tree and that was that. (No offense to my brother, but he didn’t figure into Damian’s thoughts here.)

All three loops here are short and completely flat. In other words, a perfect Damian day in the woods. We had originally come here to visit the nature center rather than to hike. Unfortunately, the building was closed as they were attending some sort of event somewhere. That visit would have to wait for another day. 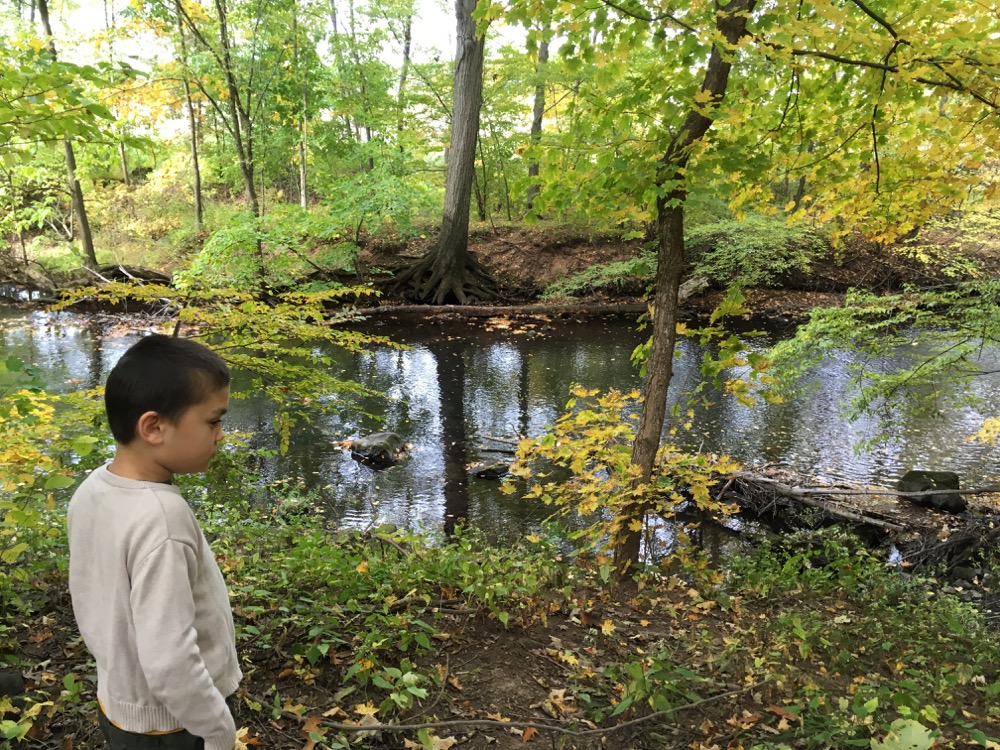 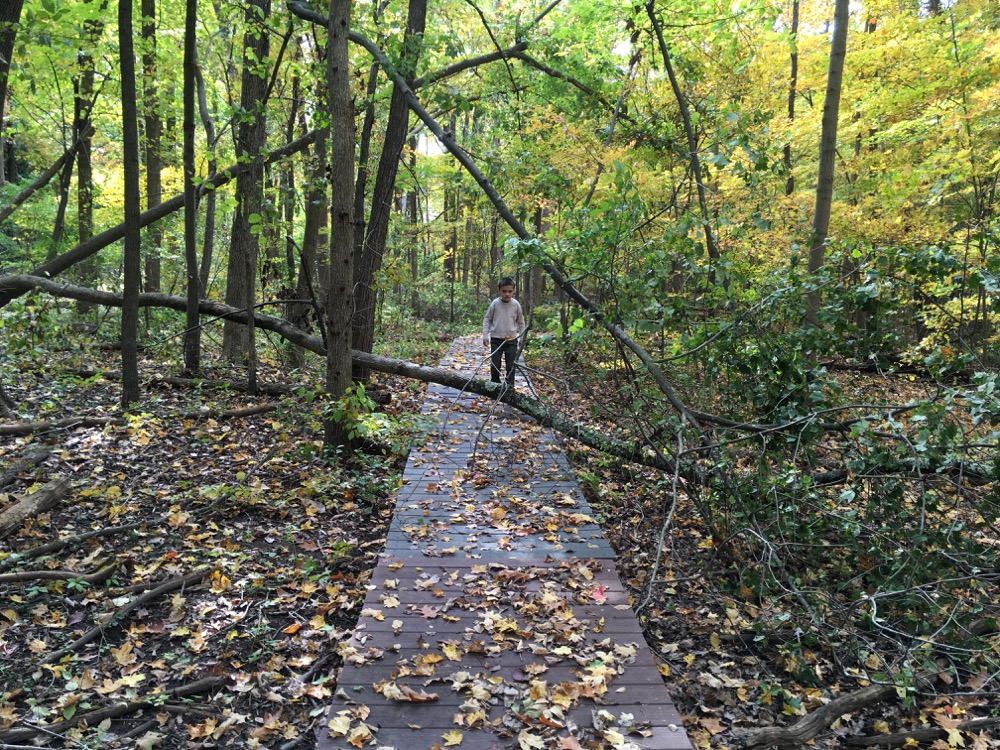 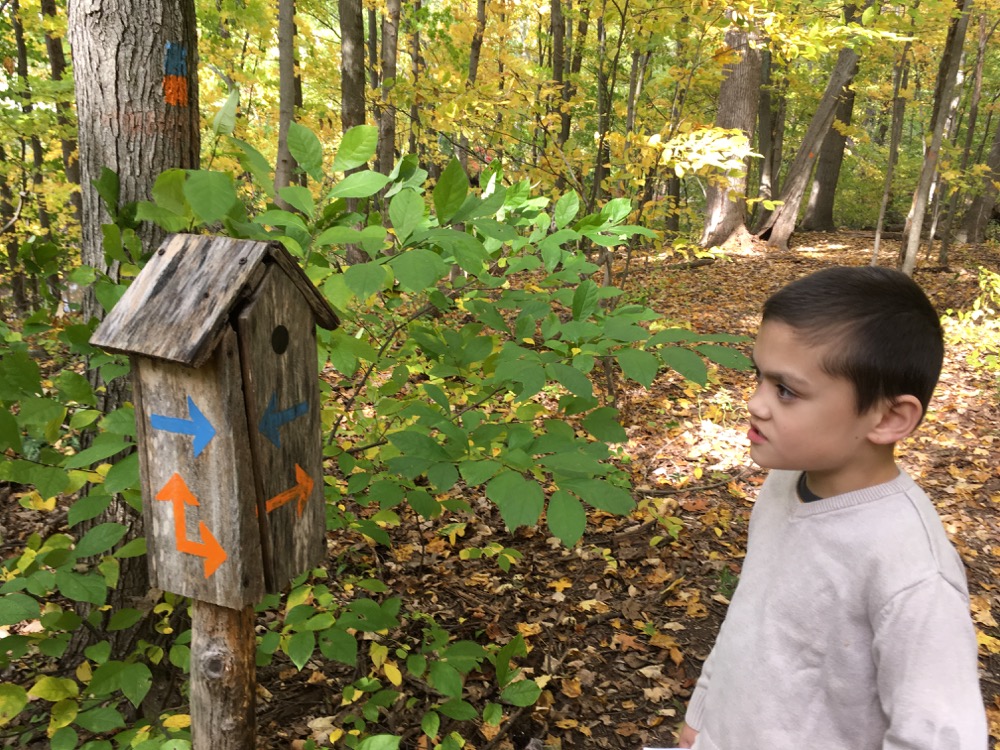 While the woods here are quite pretty, the hike became memorable for another reason. Near the end of our loops, Damian became curious about some horse chestnuts on the ground. “Oooh, such pretty green balls!”

So I took a couple pictures to have a story. This little conversation you’re reading about right now. Okay, phew, he didn’t touch it. 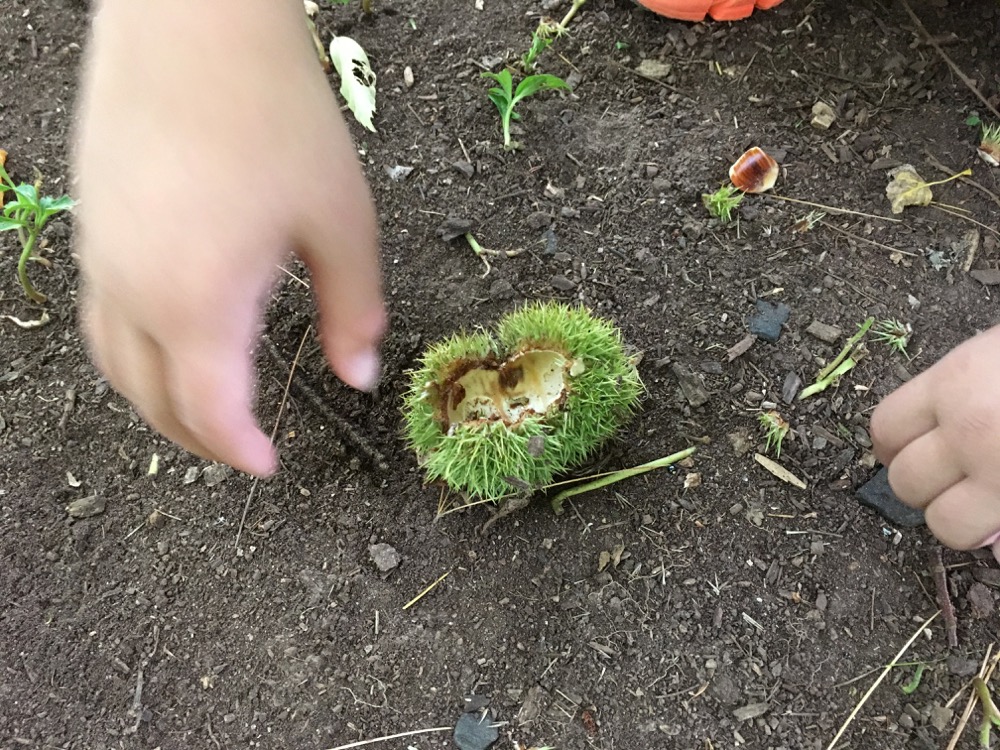 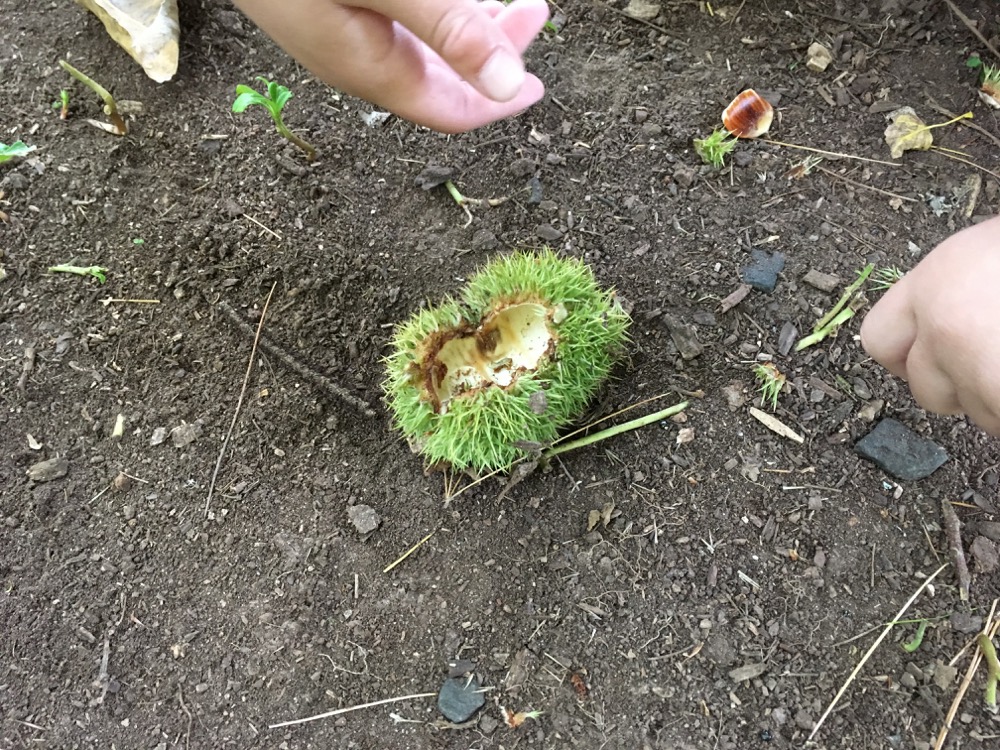 The protective sheathing of horse chestnuts is covered in a bunch of very sharp spikes. They are needle-like and do not feel pleasant to the touch… to say the least. Hey, want to know something else about horse chestnuts? They are toxic to humans, horses, and pretty much everything other than, apparently, deer. Do not eat horse chestnuts.

And do not try to grab them without care. Damian?

Yup. He tried to pick one up once I turned my back. And that, my friends, is my lesson to you. Just leave those dang things alone. But go take a walk here. It’s very nice. 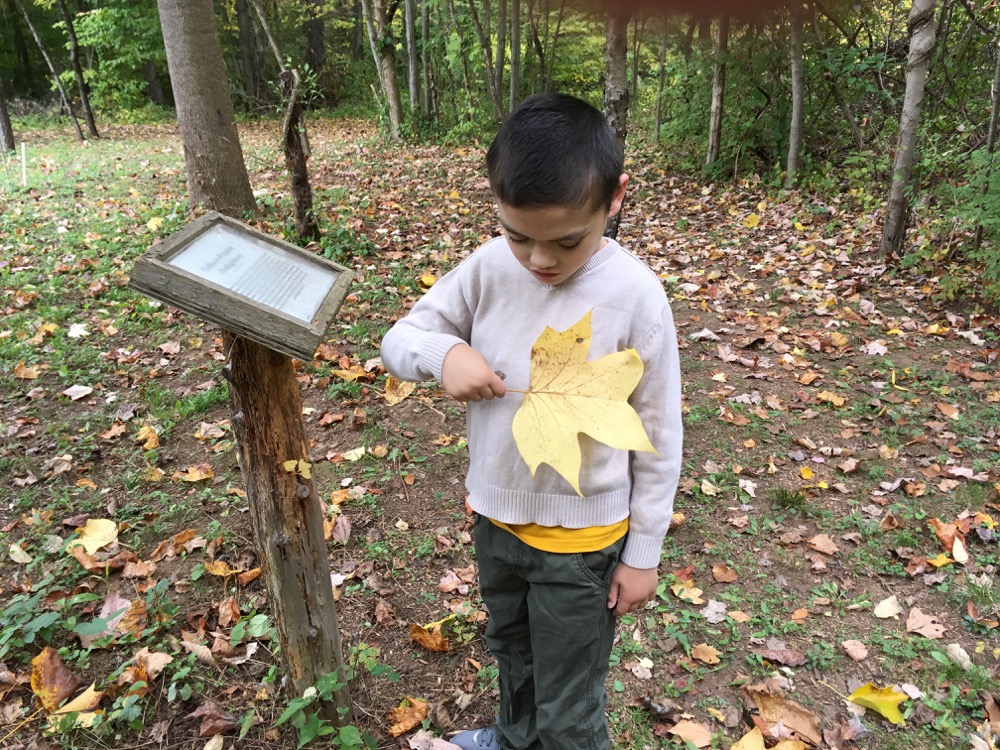 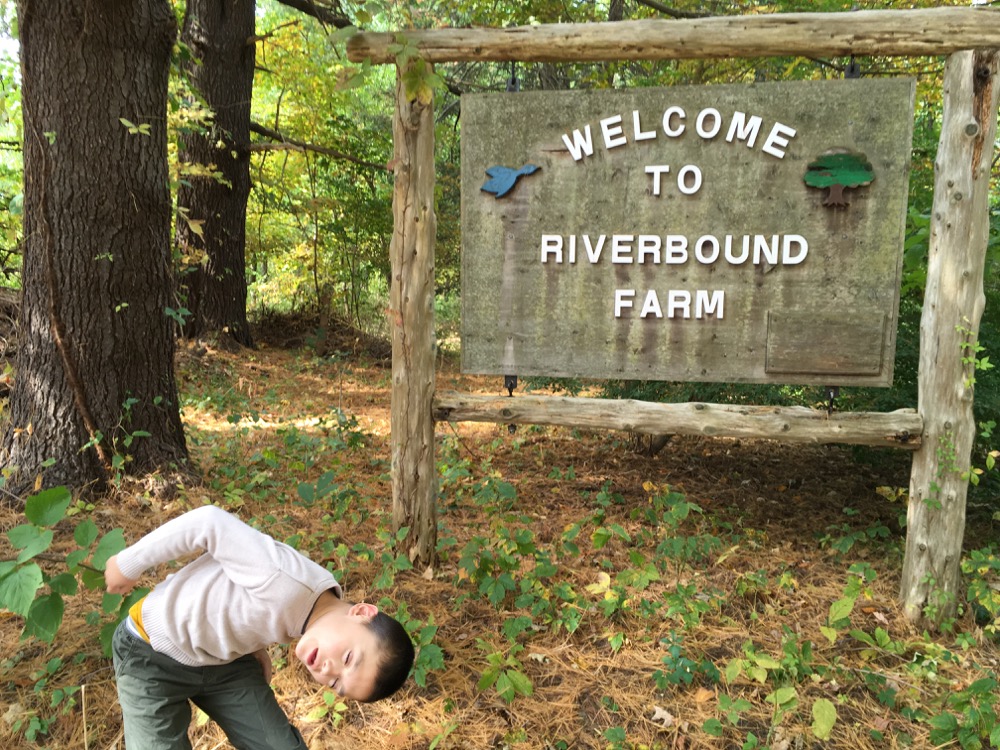