In a strange happenstance, the last “Connecticut” movie I reviewed was called “The Women” It was awful.

The Women features a well-dressed steely woman from New York City (Annette Bening) and a preppy housewife with a cheating husband who live in a giant house in Connecticut (Meg Ryan). The two set their sites on the husband’s young, curvy, beautiful mistress (Eva Mendes). 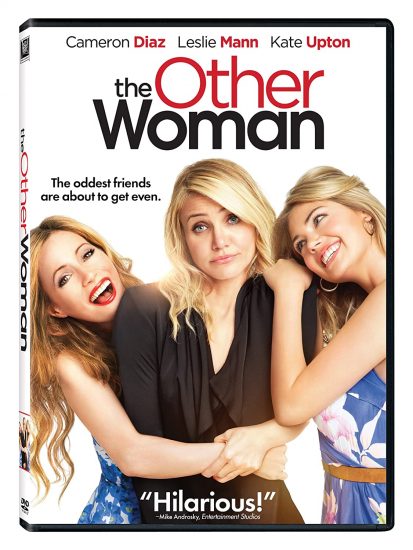 The Other Woman features a well-dressed steely woman from New York City (Cameron Diaz) and a preppy housewife with a cheating husband who live in a giant house in Connecticut (Leslie Mann). The two set their sites on the husband’s young, curvy, beautiful mistress (Kate Upton).

Both wealthy professional New Yorkers have a straight-talking, no-nonsense black sidekick too in Jada Pinkett-Smith and Nicki Minaj.

Both movies are, I think(?) meant to be empowerment tales for women; living their lives with sex addict men who seem not to care about their wives’ thoughts or feelings. Whereas The Women just made me mad with its vapidity and impossibly anti-empowerment ending (the aggrieved wife takes her cheating husband back), The Other Woman took the opposite path and clumsily set about to destroy the cheating husband’s (Nikolaj Coster-Waldau) life. 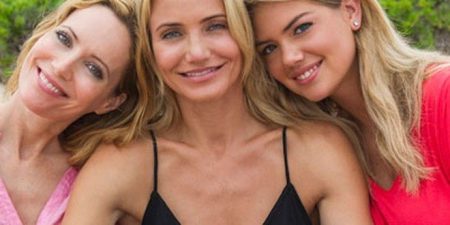 I did not hate The Other Woman. The NPR reviewer sure did, and for all the right reasons. In fact, most reviewers hated it. It’s cliched and hackneyed and over-the-top stupid, but… it has its moments. And no, I’m not talking about the famous/infamous Kate Upton running in a white bikini scene.

Diaz is a goofball and I’ve always appreciated her for being who she is and just going for it at times. Leslie Mann is a complete and total goofball and while her character is not someone I’d want to hang out with, it can be funny onscreen at times. Oh, wait… the plot.

The guy Mark is sleeping with Diaz’s character who doesn’t know that he’s married to the Leslie Mann lady with whom he lives in Connecticut. When she finds out, she’s horrified but Mann forces the two women to be friends in a sort of girl power effort. Then the wife figures out her husband has a different mistress and they seek to find her out – and do.

That’s the aforementioned bikini scene. Which, believe it or not, is actually pretty funny. I laughed anyway. The three then team up to really stick it to cheating husband through a series of really stupid things (estrogen mickeys! Nair in shampoo! Ipecac! Phony STD!) and complicated federal offenses (going to the Bahamas to withdraw over a million dollars that he illegally parked there… or something).

The girls win in the end: the now ex-wife makes millions of her own money, the steely NYC girl gets the guy (ex-wife’s brother!), and Kate Upton gets Don Johnson for some reason. Yay?

There are sexist tropes at every turn – what’s up with the absurd Asian gambling parlor restaurant where patrons are massaged and hand fed their food? – and the plot is predictably predictable, and Kate Upton exists to keep certain viewers watching (as if Cameron Diaz isn’t stunning in her own right).

Okay, yeah, this movie stinks but it stinks in kind of an empty-headed, candy-coated, it’s okay to spend two hours watching it – way. As far as the Connecticut angle, it’s barely here. There’s the big Fairfield County clapboard house and the nice cars where a good portion of the movie spends time, but it could be anywhere, really. (It was filmed on Long Island and elsewhere in New York.)

This is yet another movie that shows the world that Connecticut is simply a land of giant houses and wealthy white people. Hollywood: Just keepin’ it real.

CTMQ Rating: 2 out of 5 thumbs up
Connecticutness: 37 out of 169 Nutmegs
Filmed in Connecticut? Nope
Wealthy Caucasian with a Big House? Yes 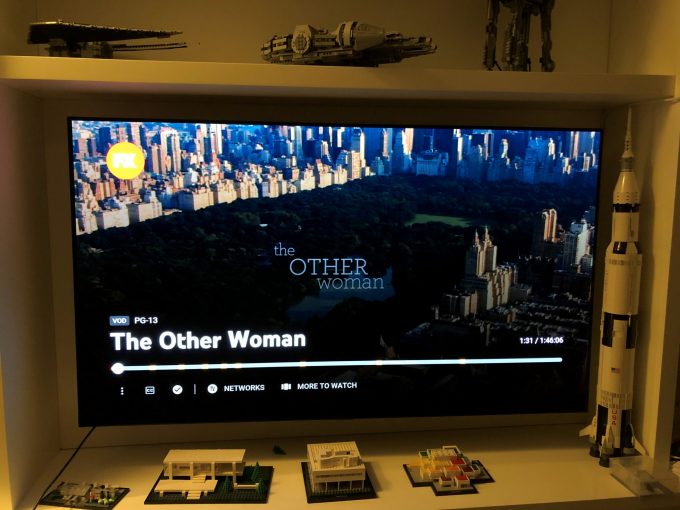 For some reason I feel the need to prove I watched this.