Full disclosure: I’m a New York Times crossword fanboy and have been for decades. Therefore, any halfway decent movie featuring the NYT crossword will be considered excellent by me.

That reminds me of an old beer review I wrote about a beer called “Blanc de Blanche” by Overshores Brewing. That essentially translates to “White of White” so the joke was to have my son be as white as possible in the picture… 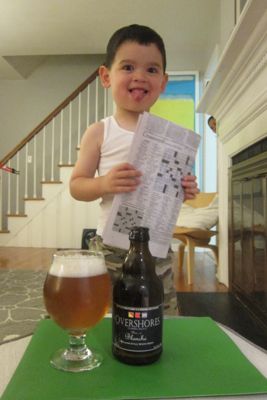 … Camo shorts, undershirt, and a NYT crossword puzzle. (I had written that it was a completed Friday puzzle in the original review. I’ve no reason to doubt myself. (If you’re unfamiliar, the puzzles get progressively more difficult from each Monday to Saturday.)

Sorry for the aside. Here’s the thing: apparently 2006’s Wordplay, featuring Will Shortz, the editor of the NYT crossword puzzle, crossword constructor Merl Reagle, and many other noted crossword solvers and constructors… was enjoyed by many people besides me. Critics loved it! Which is awesome.

Also awesome? The annual American Crossword Puzzle Tournament held at the Marriott Hotel in Stamford, Connecticut. The “action” of this documentary centers around that event.

To build up to the main event, we learn about about cult-hero Shortz and the now deceased Reagle. There’s also a bunch of short interviews with celebrity fans like Bill Clinton, Bob Dole, Jon Stewart, Ken Burns, Mike Mussina and the Indigo Girls. 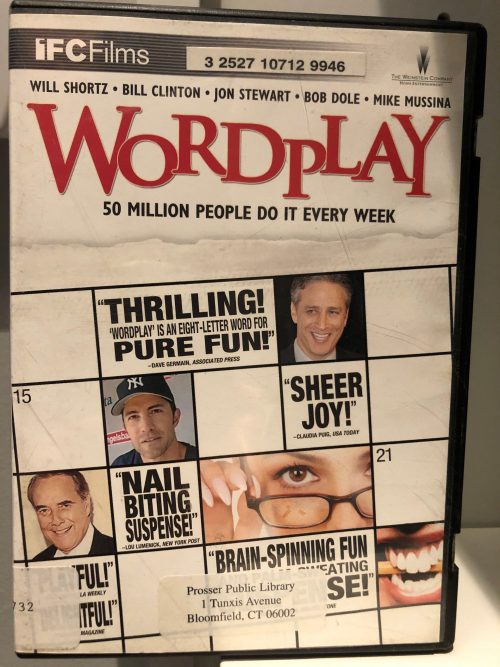 The film follows several world-class crossword solvers as they gear up for and then compete at ACPT in Stamford. Hosted and directed by Shortz, the tournament is the nation’s oldest and largest crossword competition, where nearly five hundred competitors from around the world battle it out for the title of Crossword Champ over the course of one long, snowy weekend.

There are a few scenes of the hotel and it’s somewhat randomly legendary status among crossword fiends. The tournament has always been held here and was scheduled again for 2020 – until it was canceled due to 7A: Global catastrophe (PANDEMIC).

One of the top competitors is Tyler Hinman who was 21 when the film was made. Today, Tyler constructs puzzles for the NYT and also the AVCX, which is my favorite weekly solve. (Usually, as there are a few constructors I simply don’t jibe with.) Hinman was also born and raised in… Hartford!

Spoiler alert: Hinman wins the championship in the movie after another competitor, famous for screwing things up… screws things up with an entirely avoidable mistake. It’s as exciting a competition as such a thing can be – even with a scoring mishap that the competitors who benefited from the error were the ones who reported it.

Such is competitive crosswording. Good, honest, fair – and yes, smart – people. I’m nowhere near fast enough to compete at any level, but I do finish the puzzles I start 99% of the time. (Note: I don’t start Saturdays, generally.)

I very much enjoyed Wordplay and would honestly recommend it to anyone who likes documentaries – crossworder or not.

CTMQ Rating: 4 out of 5 thumbs up
Connecticutness: 128 out of 169 Nutmegs
Filmed in Connecticut? Much of it
Wealthy Caucasian with a Big House? Unclear 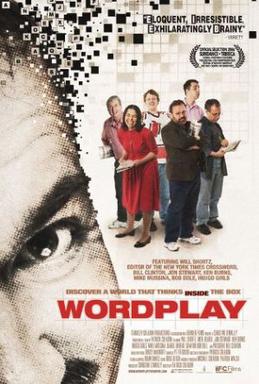