I don’t know if it was because I had Hoang (and Damian) with me or what, but I found this entry onto the Freedom Trail list one of the most interesting. And that was before I got home and poked around some more to find out even more cool stuff about this little enclave on a little spit of land jutting out into the Sound in the south of Norwalk. 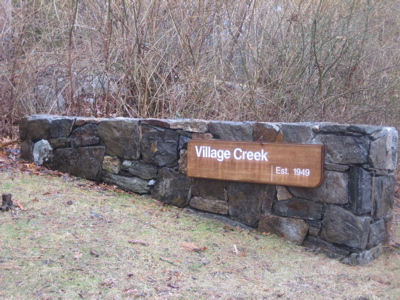 From the Freedom Trail site:

In the midst of the housing shortage of Post- World War II America, some real estate developers discovered that they could raise the value of their properties by imposing deed restrictions with restrictive covenants which excluded certain racial and ethnic groups, usually Blacks and Jews, from home ownership. This practice was encouraged by the real estate industry and actually became Federal Government policy through FHA underwriting guidelines. However, there were some, often returning veterans, who believed that everyone should have the right to live wherever they chose to live. Roger Wilcox, along with his parents, sisters and sister’s husbands, felt strongly that racial and religious discrimination was simply wrong. When they decided to buy land to build a community, they also decided that the community should be a cooperative based on the Rochdale Principles of equality and non-discrimination. In their 1949 prospectus, the original members of the community stated, “But above all else we wanted a different type of community with a completely democratic character – no discrimination because of race, color, creed or politics.” By including this sentence in their description of their ideal community, they turned the prevailing sentiment of segregation and exclusivity on its head. This principled stance made them heroes to some and enemies to others, but it also made them pioneers in the movement for equal rights. 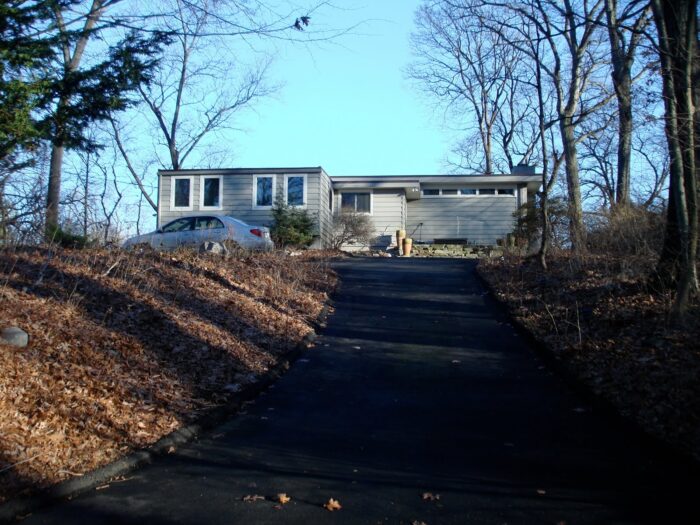 All that is quite excellent and gives further credence to why Connecticut has a proud liberal past (and present). But there’s more. The community will be officially granted National Historic Register significance soon (in mid-2010) and will be the first such collection of mid-modern houses to do so. That’s right, Village Creek is made up of mid-century moderns! All built with the original modern ethos – stylish AND cheap. For real! Here’s a cool little article about that with some more pictures.