Holy cow. As I set my fingers to keyboard and get ready to write a short page about this Underground Railroad site, I just realized this is the next to last of the current 29 UR sites for me to visit! I didn’t even know. 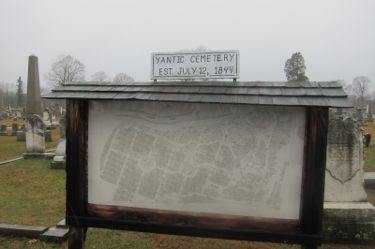 Pardon my lack of excitement, but I’ve been burnt by this before. Burnt in a good way, mind you. You see, the state of Connecticut has made efforts to expand and improve upon the various Freedom Trails. So while I am now officially “done” with the Underground Railroad trail, can I really be confident about that?

At one point, I would have been. As I’m older and gray now, I’ll reserve my enthusiasm. Perhaps if I finish the whole of the Freedom Trail before they expand it I’ll have a bunch of Freedom Fries or something.

I made a detour down to Norwich and this cemetery on my way up to Sterling to pick up our Thanksgiving turkey. It helped that this place was right off of the end of route 2. I read that the Ruggles family plot was unmarked, but “right inside the main entrance.” Okay, fair enough.

I arrived at the main gate in a driving rainstorm; not exactly grave-searching friendly weather. I walked around the graves at the entrance for far too many minutes. It was all for naught, however, as I never found the thing.

So who was this Ruggles guy? Let’s turn to the official website for such things:

David Ruggles (1810-1849), born in Norwich to free black parents, moved to New York City after his education and became an ardent abolitionist. Among his accomplishments, there are many firsts. He operated the first black press in the nation and used it to advocate for the antislavery cause. The first periodical to be published by an African American, Mirror of Liberty, was published by Ruggles. The activist was also a journalist for the Freedom Reporter, recognized as the country’s first black newspaper. In addition to his many firsts in the literary world, Ruggles was also an Underground Railroad conductor, Frederick Douglass being one of his early “passengers.” Perhaps one of his most important actions against slavery was the establishment of the New York Committee of Vigilance, which fought against the kidnapping or re-capture of free blacks and former slaves. 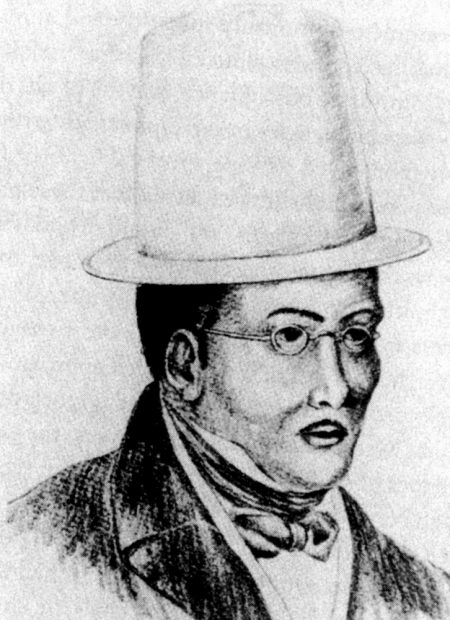 Wow. Impressive guy to say the least. This is a drawing of him. It sounds like his accomplishments were all achieved in New York, which is perhaps why we aren’t aware of this man. But let’s continue on with some more info about Ruggles:

Unfortunately, Ruggles’ extreme dedication to the fight for freedom and equality took a toll on his health. By age 29, he suffered from stomach problems and was nearly blind. He passed away ten years later in Florence, MA and was buried in an unmarked grave in the Ruggles Family plot at Yantic Cemetery in Norwich.

Like I said, I never found the Ruggles family plot although looking at the pictures on the Freedom Trail site, I was right next to it. In the pouring rain.

(I did, however, find this totally rad grave marker.)