CTMQ > Everything Else > Religion, Remembrances, & Outdoor Art > Oldest Theological School in the US

The more places I go around the state (which, I can confidently say is more than pretty much more than 99% of all Nutmeggers throughout the whole of history), the more fascinating things I learn along the way. This page, for instance, wasn’t planned and the facts herein where completely unknown to me before visiting the Bellamy-Ferriday House in sleepy Bethlehem. 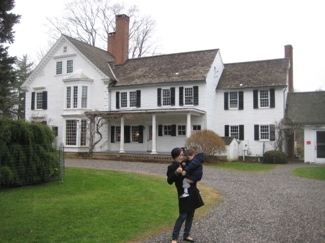 We went out to sleepy Bethlehem on perhaps the most unsleepy day, during their annual Christmas Town Festival. After all, Bethlehem labels itself Christmas Town for obvious reasons. And they don’t take this moniker lightly; eschewing all modern day political correctness, the town celebrates all the Christianity of the Christian holiday, complete with a nativity scene on the tiny town green while religious Christmas hymns are played through a loudspeaker across the road.

Nope, no “Happy Holidays” here. No menorah over in the corner. Just full-on Christianity for all to enjoy. Bethlehem is sort of a hidden away tiny town in Connecticut, accessible only via two-lane twisting roads down from Litchfield or up from Woodbury. No one just “happens to pass through” Bethlehem by accident –and that’s the way they like it. (Hoang also noted that she appeared to be the only minority we saw around town while there, and I’ve been told by a former local reporter that Bethlehem is sort of a reclusive conservative stronghold in our liberal state, but those facts are anecdotal at best.) 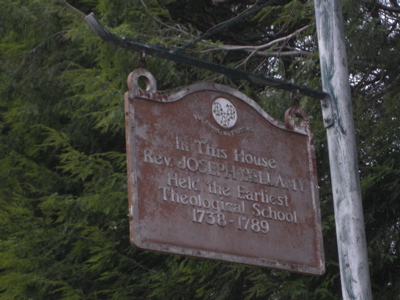 Since we’re on the subject of Christianity in Bethlehem, I should also point out that the town is home to both the Regina Laudis Abbey (a beautiful place for nuns to live and make cheese and other foodstuffs). The abbey also is home to an 18th century crèche which is housed in the… The… Bellamy Barn. We visited that too.

Which brings us back north up to the center of Christmas Town, where two old churches dominate the scene. And just north of them, across what appears to be the only stoplight in town, is the Bellamy-Ferriday House, which is now a museum owned by Connecticut Landmarks. We visited the house, which was decked out for Christmas, and during our little tour I was told that the original owner, Joseph Bellamy, started the first theological school here back in the mid-18th century. Excellent! Another “First” in Connecticut!

My guide wasn’t too forthcoming on the details of the school, and neither is the Internet, but there IS a weathered brown sign out by the road noting this accomplishment. And if I know anything, it’s to never argue with the brown signs around Connecticut. And the best part? I had just visited the spot up in Enfield where Bellamy’s mentor gave a very famous sermon, tying the whole story up nicely for me (and you). Read on, from the National Park Service website…

The Reverend Joseph Bellamy (1719-1790) was a leading preacher, author, and educator in New England in the second half of the 18th century. In 1735, Bellamy completed four years of study at Yale University where his coursework included arithmetic, algebra, Latin, Greek, Hebrew, rhetoric (effective use of language in writing and speaking), and logic. Following his graduation, he spent a year and a half studying theology and boarding with the prominent minister Jonathan Edwards of Northampton, Massachusetts. He was licensed to preach in 1737. In response to the North Purchase residents’ request to the General Court, 20-year-old Bellamy became the minister in Bethlehem, Connecticut in 1740. 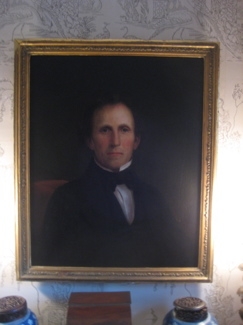 Joseph Bellamy’s theology was rooted in Puritan beliefs, yet he molded the religion to fit the people rather than having the people fit the religion. Bellamy’s sermons reveal his knowledge of the Bible and theological debate, but also human nature. Through his sermons and writings he sought to link traditional Calvinist doctrine with the reformers’ belief that the “offer or call of the gospel was to everyone without exception.” Reverend Bellamy unquestionably believed in the traditional Puritan doctrines of original sin, the lack of free will, the need for saving grace, and God’s arbitrary choice in granting salvation. He also maintained the view that an excess of material goods and worldly influence corrupted humans. Although Bellamy often criticized human behavior, his sermons were not as emotional and filled with “fire and brimstone” as Jonathan Edwards’ famous “Sinners in the Hands of an Angry God.”

[CTMQ notes, Edwards gave that speech in what is now Enfield, CT. Check out my visit to that spot, here.]

Instead, Bellamy warned listeners to resist worldly temptations and to be serious about their duty to God, as in the sermon he preached on October 7, 1747, at Stratfield, Connecticut:

[CTMQ notes, There is no such place called Stratfield, CT. At least not anymore.]

“The world looks gay to you, and your companions entice you along, but verily that road leads to eternal ruin. I see you and know the way you take. I pity you, I call to you, I warn you. I command you…Remember the Creator, be mindful of God now, without any further delay,–in the days of thy youth.” 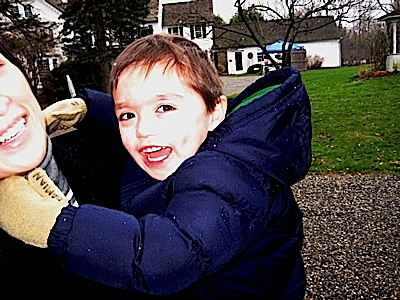 Reverend Bellamy fervently believed that religion should be “a heart-affecting, soul transforming, vital efficacious remembrance of God,” not a “mere empty, dry, lifeless notion of God in the head.” He argued that God promised all people, rather than the select few, salvation. Bellamy preached the gospel to all who wanted to listen, and because he was such an effective speaker, he became well known in New England. A book about the clergy in his region noted that, “Pious people and those without religion, the learned and the unlearned, the orthodox and the heterodox, united in pronouncing him an eloquent preacher.”

With the approval of his new congregation, Reverend Bellamy traveled extensively throughout Connecticut. Over a two-year period in the early 1740s, he spoke more than 450 times to audiences outside his congregation. However, Bellamy, Edwards and other revivalist ministers became disenchanted with the fanatical extremists that the Great Awakening also generated from the population. As a result, they gave up itinerant preaching. Bellamy settled back down in Bethlehem to a more normal minister’s work of preaching once or twice a week to his own parishioners. It was also at this time that Bellamy became the leader of the New Divinity ministers, who shunned the beliefs of the “Old Light” preachers (the social elite who dominated Congregational theology prior to the Great Awakening). Bellamy’s beliefs remained constant. Bellamy pursued a vigorous career as a writer, publishing 22 books in his lifetime, the most influential of which was True Religion Delineated, written in 1750. He also took in theological students and occasionally served as a guest preacher to other congregations.

[CTMQ notes, A-ha! There it is! The beginnings of the “first theological school in the US!] 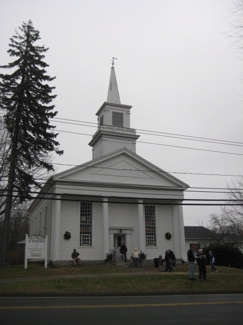 An article printed in the Boston Evening Transcript in 1935 speaks to Bellamy’s lasting legacy to the town of Bethlehem: 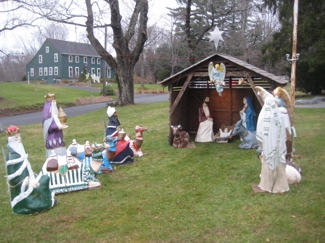 And now, over 200 years since his time, I think he’d be quite happy with the way “his” town exists today. In a relative sense, of course.

Our visit to Christmas Town