Penwood is the sister state park to Talcott Mountain – both of which are very near my house. As such, I’ve spent more time in both than all other state parks combined. Probably. More people probably visit Talcott than Penwood for the tower up there, but Penwood certainly has its charms. 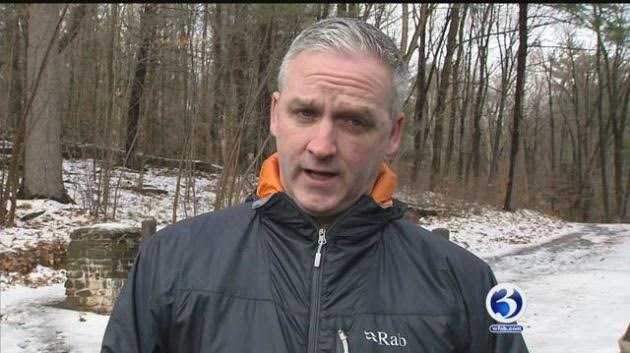 Your boy being interviewed for TV at Penwood

It also has its own unique history, courtesy of Charles Veeder who donated the land to the state. Veeder was an industrialist, inventor and outdoorsman. Early maps of Penwood evidence Veeder’s engineering skill and demand for precise accuracy. Surveying, often after dark, he used a complex theodolite instrument and a flashlight to establish a true meridian line from the exact position of a star. He and his wife created most of the trails that run the length of the park to this day.