My title is a stretch, sure… but “acme” is defined as “the highest point” and Wile E. Coyote was always sourcing his weaponry from Acme and this outcropping, above Plainville and Farmington, used to be a Nike Missile base. 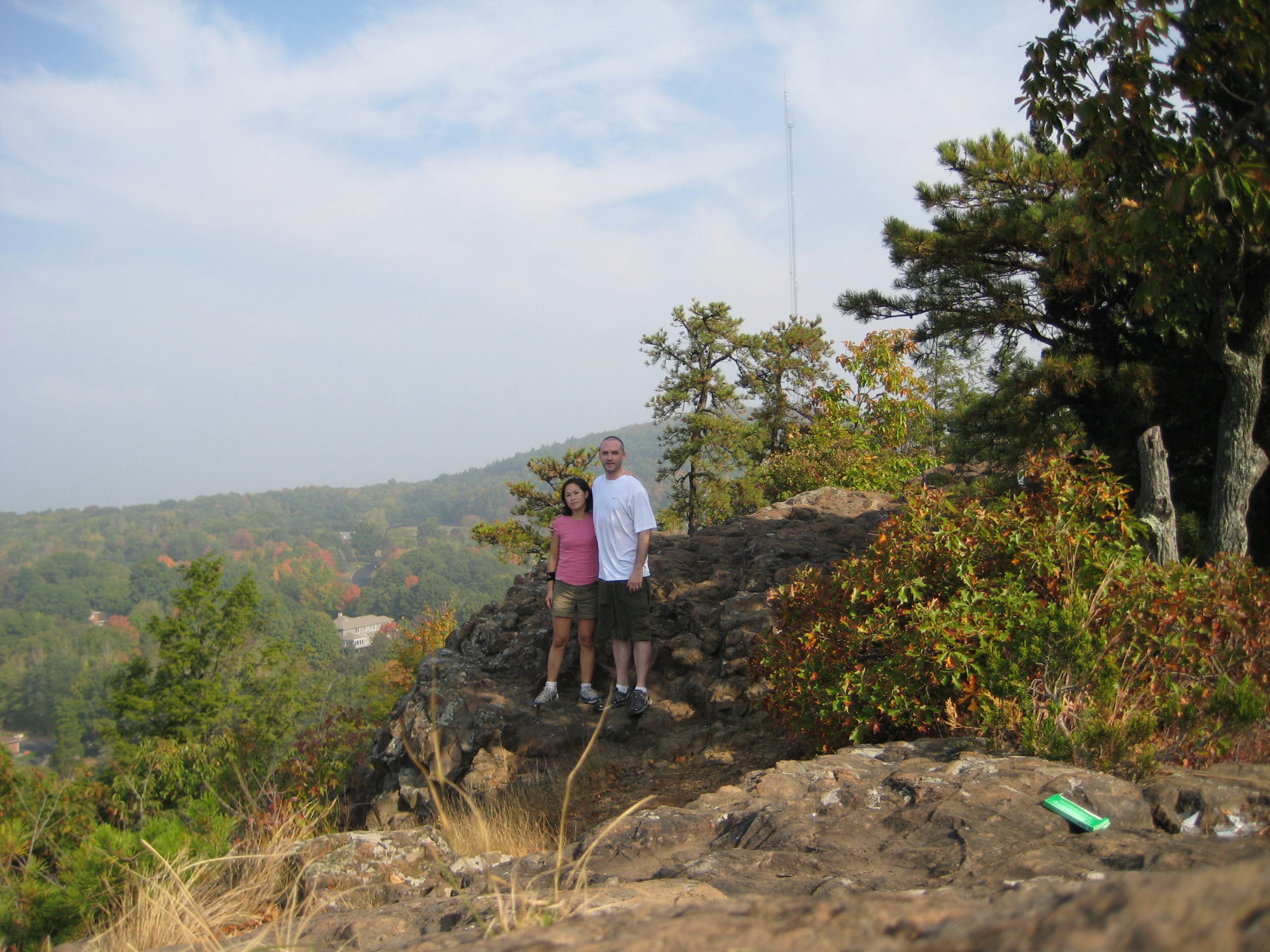 Me and Hoang at Pinnacle Rock

The 4 mile section of the Metacomet Trail between route 372 in Plainville and route 6 in Farmington is a rather amazing short stretch of trail. If you decide to walk this tomorrow, you’ll see:

That’s pretty bonkers if you ask me. “Nothing to do in Plainville?” Shut your mouth. 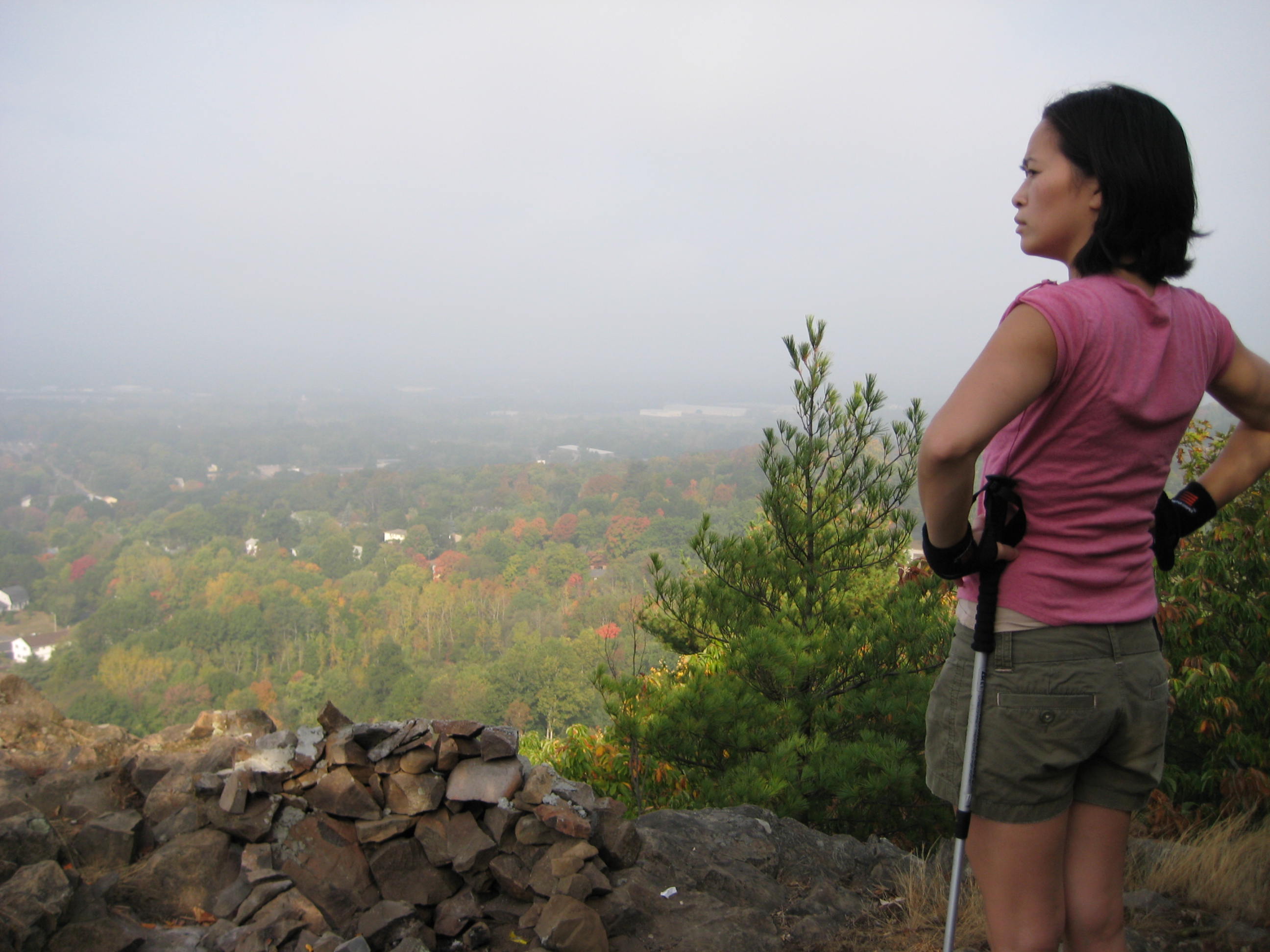 I love this woman

600-foot Pinnacle Rock is an overlook along the ridge sort of between Rattlesnake Mountain (the one with the massive WVIT NBC 30 tower on it) and Bradley Mountain. It’s quite striking.

The view on offer is nearly a 360-degree unobstructed one. The Farmington River Valley, the Metacomet ridge, and even the Berkshires on a clear and dry day can be seen from here. 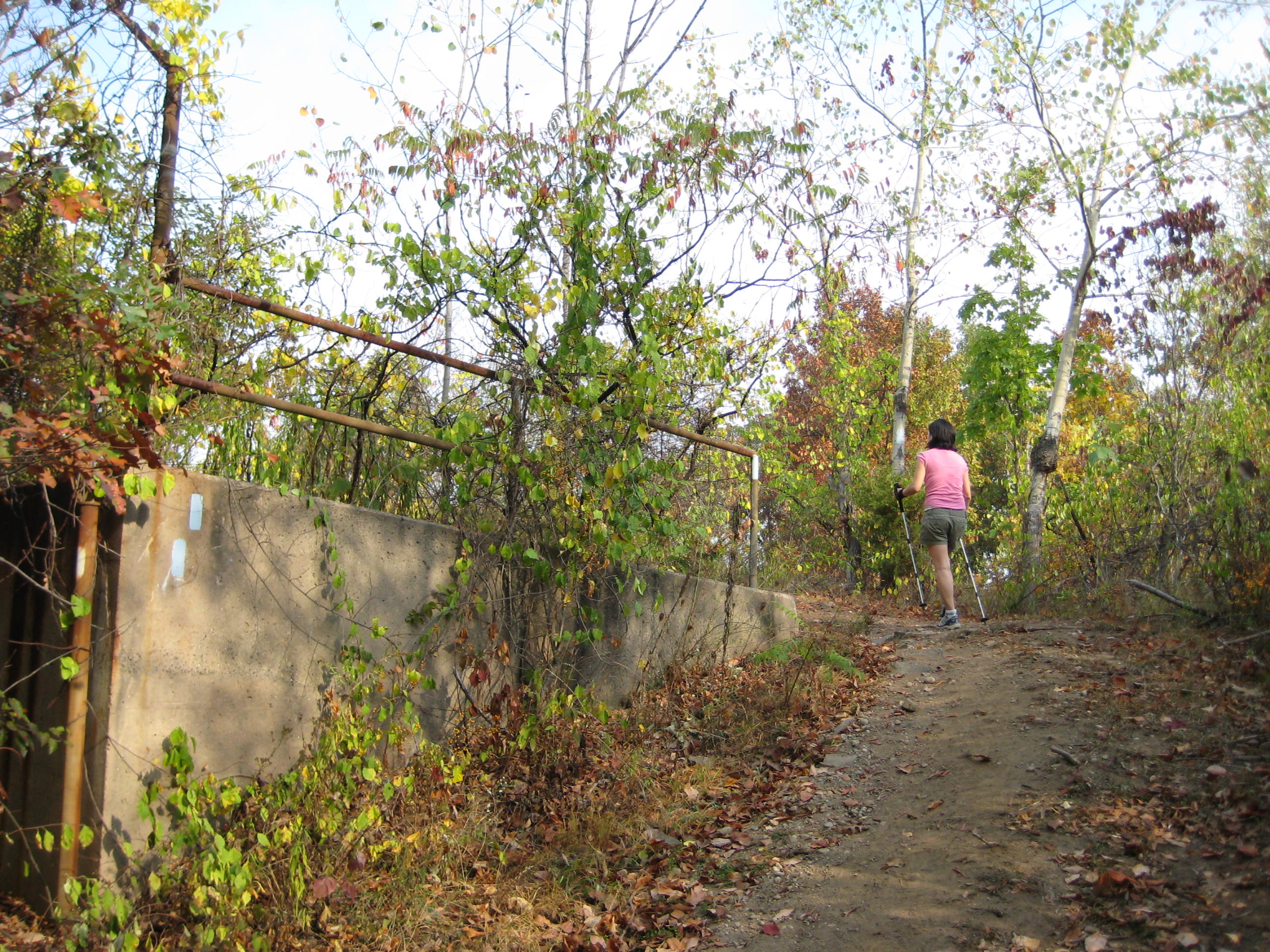 It’s also just north of Nike Missile site HA-67. The corresponding launch site or “battery” was located in Farmington, on Hyde Rd off of Rt. 6, at a site now occupied by the Stanley Access.) The site was operational from 1956 – 1961. 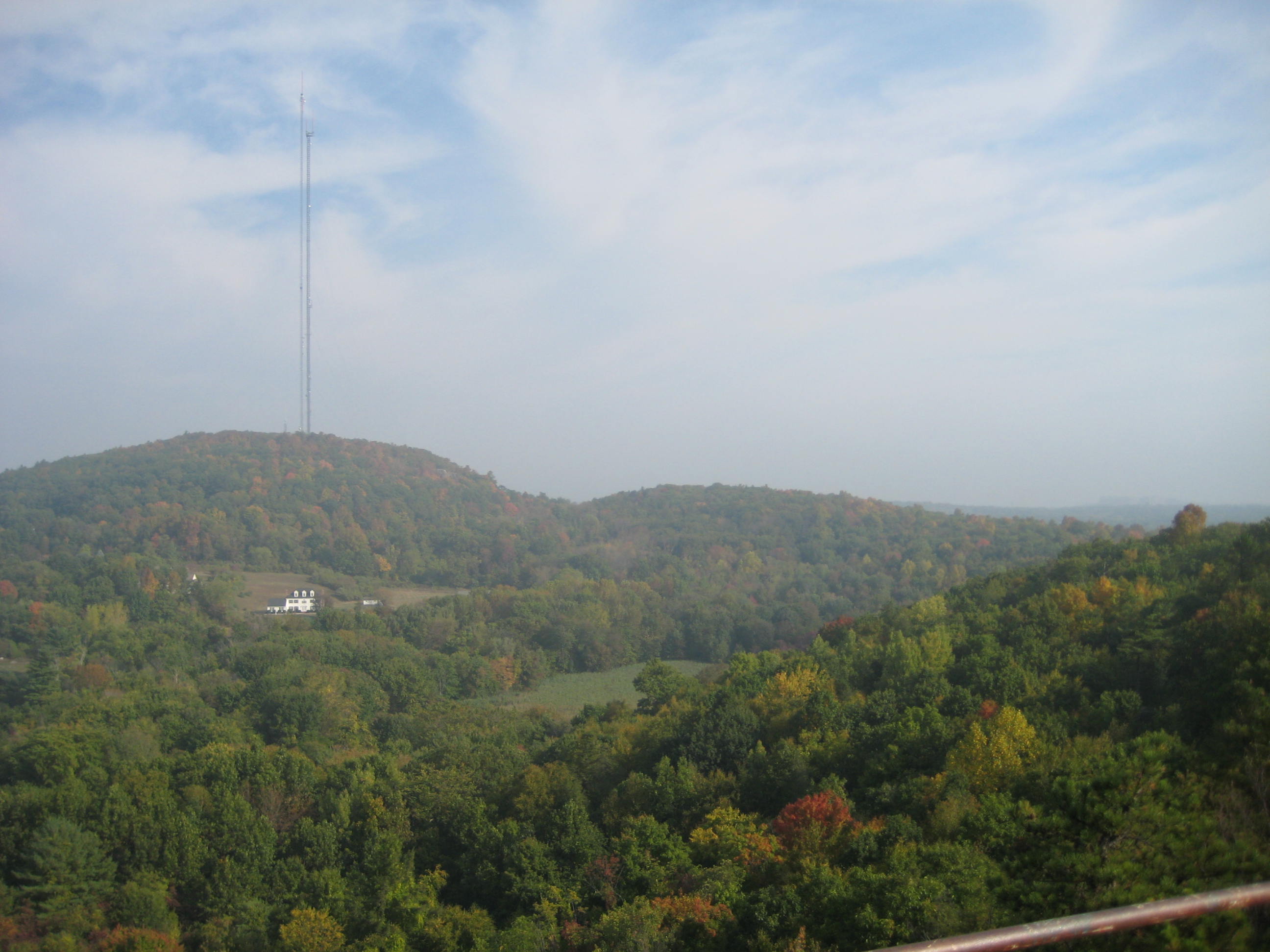 The missile battery – now nothing more than a few concrete slabs, stairs, foundations, and metal railings – would have protected Hartford and Bridgeport if the commies had attacked.

Fortunately, they never did. Unfortunately, it’s only 2017 as I write this and have no idea what the next decade will bring. 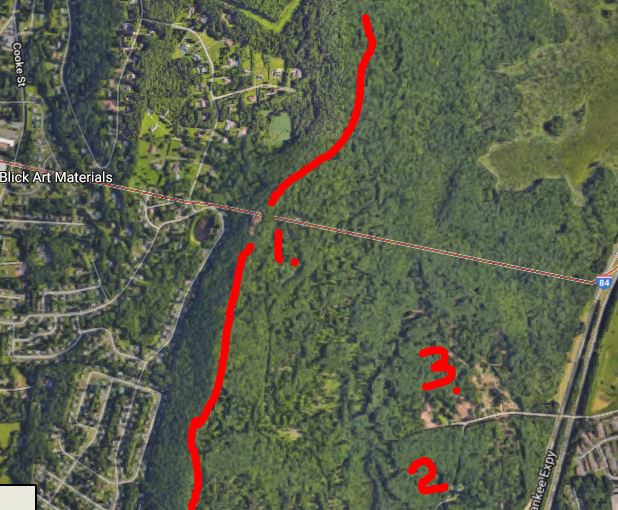 The missile site demanded housing for the Army folks who tended to it. There are remnants of roads that lead southwest over to the area people now refer to as Pygmy Village. All of the Army buildings are gone now, but most people think that cheap, small housing was the genesis of the urban legend.

This four miles has it all: natural beauty, cacti, myths, legends, and Cold War remnants. 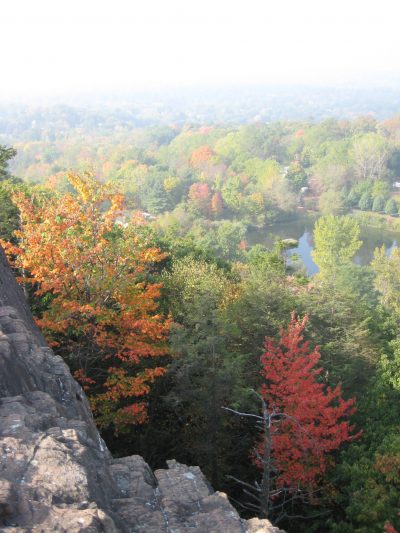