I’ve started a tradition with Damian wherein we go to these classic diners on days it’s just us at home. In West Hartford, the public schools have both Yom Kippur and Rosh Hashana off – which means that our kids have 3 days off in September, the first month of school. Sigh. 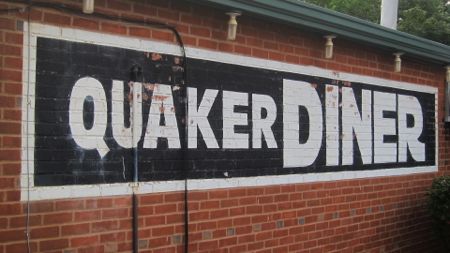 For Yom Kippur this year, we stayed in town and hit our local “real” diner over on Park Road. The Quaker is an institution in these parts – one that I’d only been to once before in my 15 years or so living in West Hartford.

It’s not because it’s terrible or anything. No, it’s because it’s so dang small and popular. I hate waiting in line for – let’s be honest here – typical diner fare when there are 5 other places to eat within walking distance with way more seats. Hey man, I’m old. That’s the decision-making process.

But with half the town at synagogue and/or fasting, Damian and I were lucky enough to get a booth upon walking in. There were counter seats, but those don’t work for my kid.

Within five minutes, the usual Quaker line formed and remained throughout breakfast. 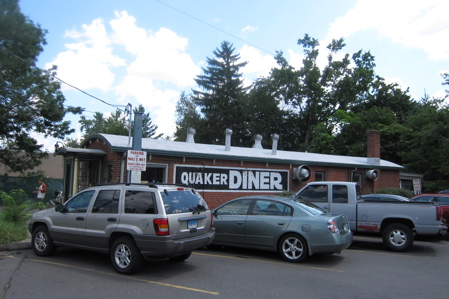 Connecticut appears to have a handful of Quaker meeting houses still around and ours here in West Hartford (a block north of the diner) remains fairly active. For those of you whole don’t know anything Quaker beyond oatmeal, read this page about one of their more unique worship methods. 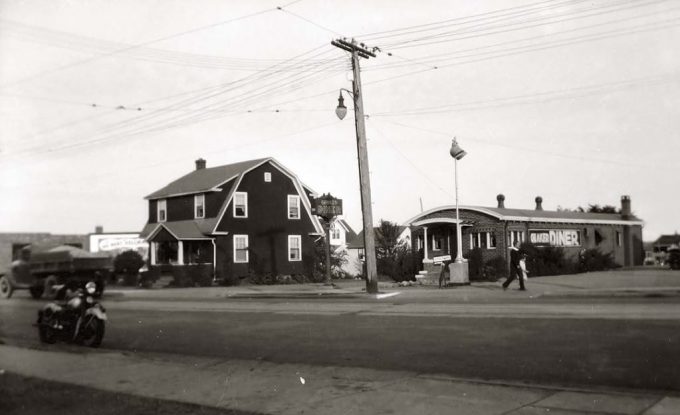 As I wrote, The Quaker is fairly typical as far as the menu goes so when it comes to breakfast, Damian is all about the pancakes. As you can see, the Quaker’s pancakes are huge. (They serve breakfast “all day” on the weekends but be aware that “all day” in Quakerville is only til 2 or so. Their closing time is always at issue because it doesn’t seem as concrete as you’d think it would be. It being a business and all.) 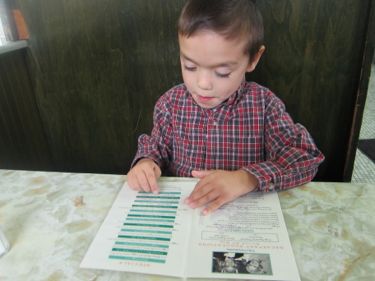 In 1997, Harry Bassilakis took over this diner from his grandfather, who opened it in 1931. The menu features its famous omelets, corn beef hash, sausages, corn muffins, French toast and blueberry pancakes, to name a few. During the weekend, it serves breakfast all day. During the week, it also serves lunch.

I had some sort of veggie omelet because I judge every diner by its omelet. My omelet was good but not otherworldy. But I don’t know what they put into those blueberry pancakes, but my little Damian tore them up and almost ate his whole dang plate clean. 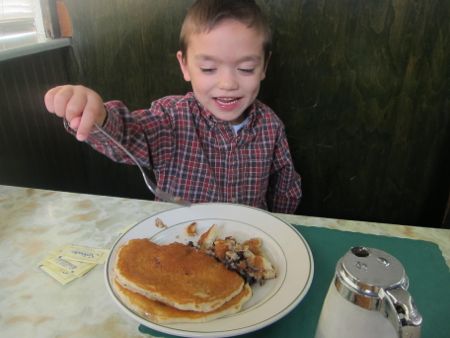 As we finished up, I began noticing a few things about the Quaker that I must report. One, I had to beg, borrow and steal to get some hot sauce up in there. What kind of diner, with a southeast Asian waitress no less, doesn’t have that stuff readily available? Crazy.

Also, the coffee is pretty terrible, though I did receive more in my cup as I drank it. (I read some Yelp reviews claiming they don’t refill here. They do. At least they did for me.) 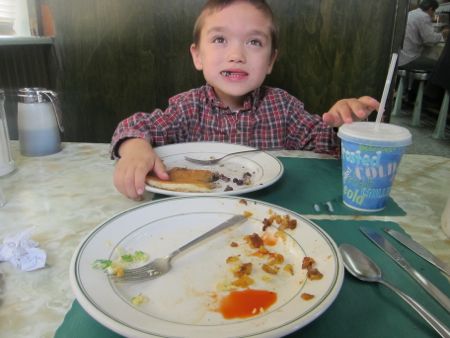 The workers never seem happy at the Quaker. Not that they need to be, but part of the diner experience, for me, is the whole “diner culture.” I had a well-behaved cute kid with me and got nothin’ from the staff. Listen, I know kids don’t tip or drink, but THIS IS A DINER. Lighten up! Other diners I’ve eaten in for this particular CTMQ list have been wonderful in this regard.

There’s an Ex-Lax sign hanging on the wall here. Now, there are a ton of old, kitschy signs here, but a laxative ad? In an establishment that serves high-fat greasy food? I’m not sure that’s the most thought-out idea ever. 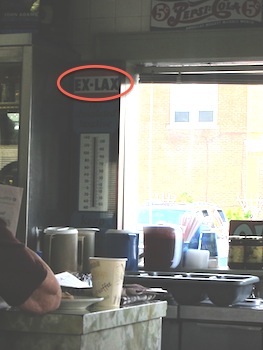 It was a pain in the butt to pay here too, but that’s because the line for tables blocks access to the register which is merely a symptom of these tiny old diners and not something anyone can fix.

At least the patrons-in-waiting were much nicer about Damian and his ways than the staff. 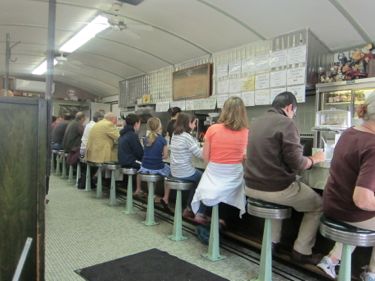