After summiting Mt. Monadnock, Calvin was itching for another mountain to climb “just like that one last week.” Well, kid, sorry but that’s just not going to happen very easily. 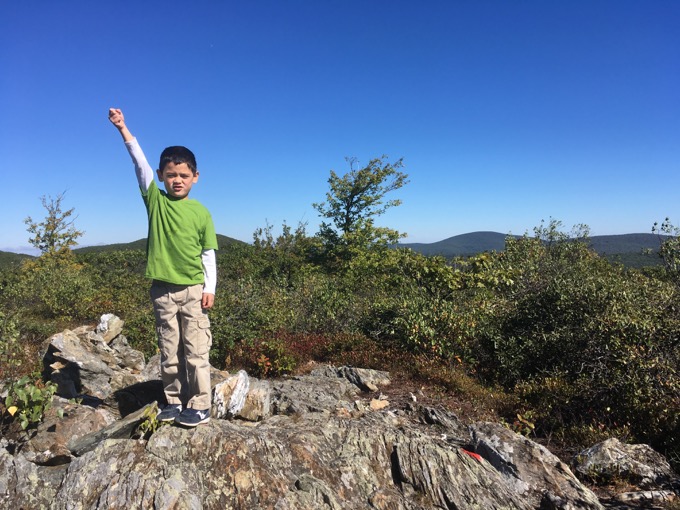 But I put my mind to it and figured that we could do a hike in extreme northwest Connecticut (and, technically, extreme southwest Massachusetts) that would give him our home state’s closest approximation of Monadnock’s rock scrambles and 360-degree views: Round Mountain.

Not only would Calvin be happy scurrying up rocks again, I would be able to revisit Connecticut’s second highest peak AND highest point – with my six-year-old. He doesn’t fully appreciate it yet, but someday he’ll better understand that he’s now summited 3 states’ highpoints and has begun a few different peakbagging lists. 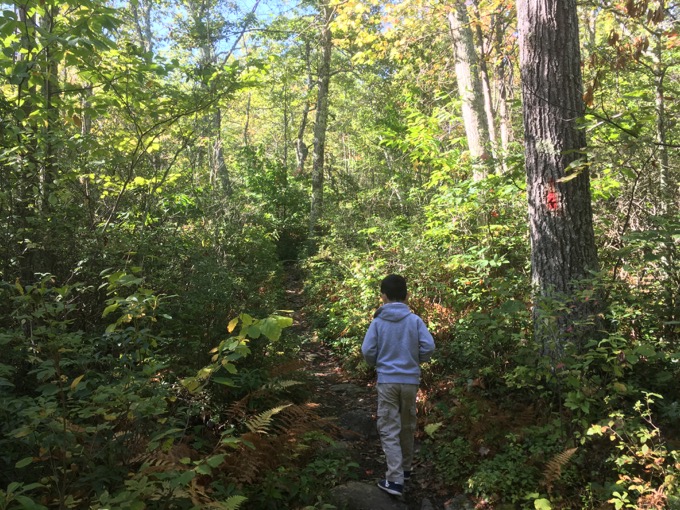 And I won’t remember writing these next two paragraphs in the future, but here goes…

We’ve reached that point when Calvin is capable and willing to do longer and more difficult hikes. Damian could not have done Monadnock, nor could he do the hike this page chronicles. This is sort of a crossroads for me, as their dad. Of course I plan to keep getting Damian “out there” and walking trails! 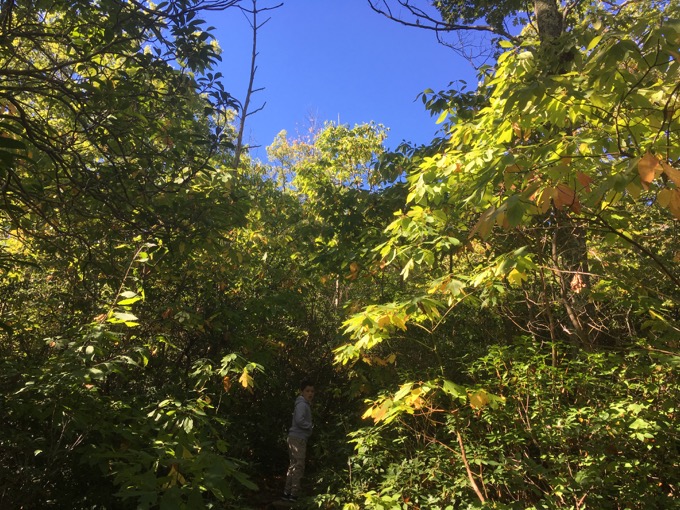 Calvin, hidden among the laurel on the trail

But longer drives for longer hikes up bigger and more dangerous mountains? That will be a Calvin thing. Probably never a Damian thing. There are a lot of consequences to this though – most importantly, this means he stays home with Hoang for entire weekend days or longer if/when Calvin and I start overnighting. This will weigh on me, as it isn’t fair to Hoang. I’m rambling about a personal thing, but these are the things parents of special needs kids think about… constantly. 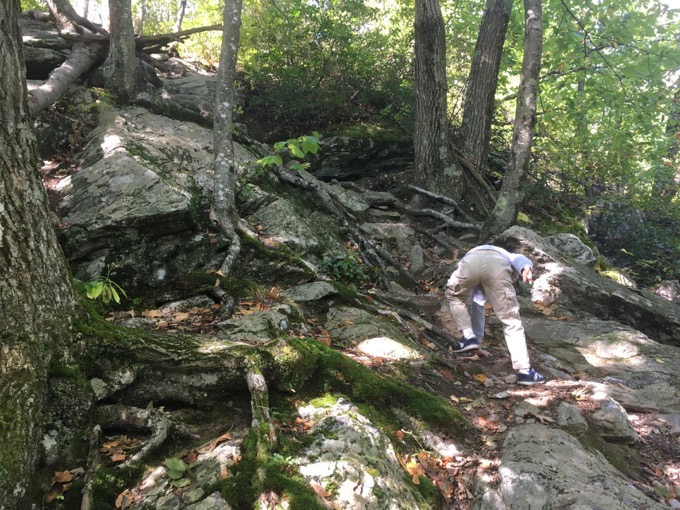 Anyway, Calvin and I drove out to Salisbury on a picture perfect bluebird early autumn day. I had forgotten how long the drive along single-land dirt roads to the trailhead out here is. despite having done it three times prior.

(You can find directions elsewhere online – which you’ll need to do beforehand, as your wayfinding apps won’t work in the Taconic valleys. Trust me. From “downtown” Salisbury, get to Riga Road and follow it to the split at the lake. Go right and bear right at the next split. This is Mt. Washington Road. Follow it for 3.3 miles past the lake, gripping your wheel tightly. This is closed in the winter. Drive to the MA border. Park. The trail to Round is red-blazed and heads west. Other trails head east towards Bear Mountain and the Appalachian Trail.) 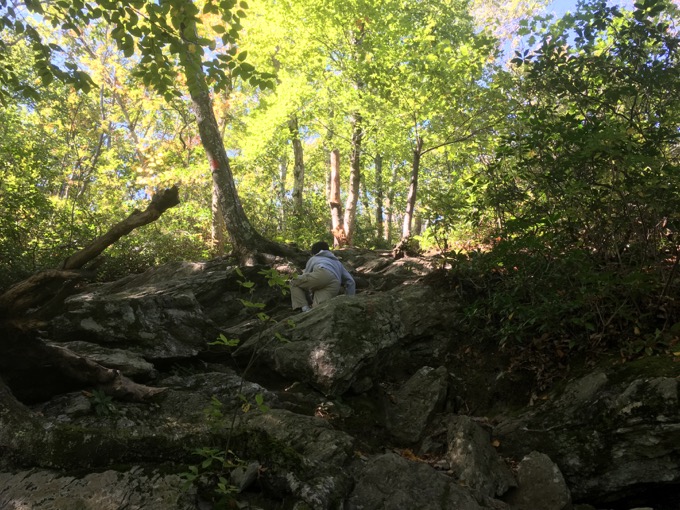 We parked and hit the red-blazed Mt. Frissell trail which begins along the CT-MA border. The first quarter mile or so is flat and densely hemmed in by mountain laurel.

Then we hit the first “wall” up Round. Calvin was elated. 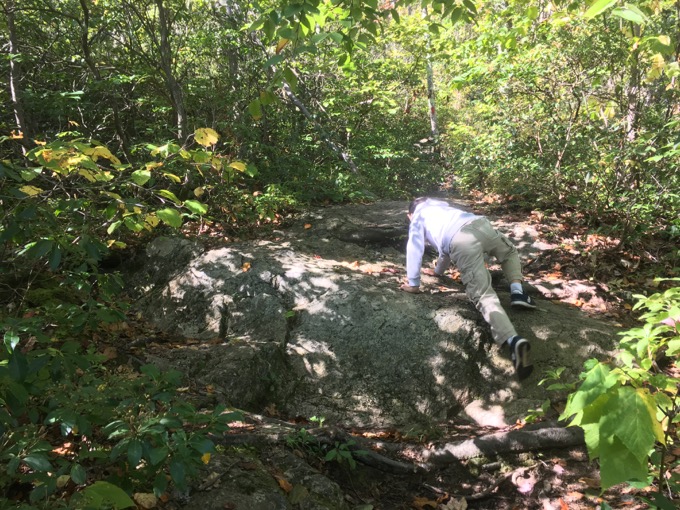 There are maybe three distinct sections of steep rock climbs to reach the summit of Round. The first one is problably the sketchiest, but for able adults, it’s not a big deal.. though the use of hands is necessary a few times. (Six-year-olds must use their hands a great deal more.)

The first views appear after the second section of scrambling. They are mostly to the east and take in Bear Mountain (1st on the list of CT summits) and beyond. 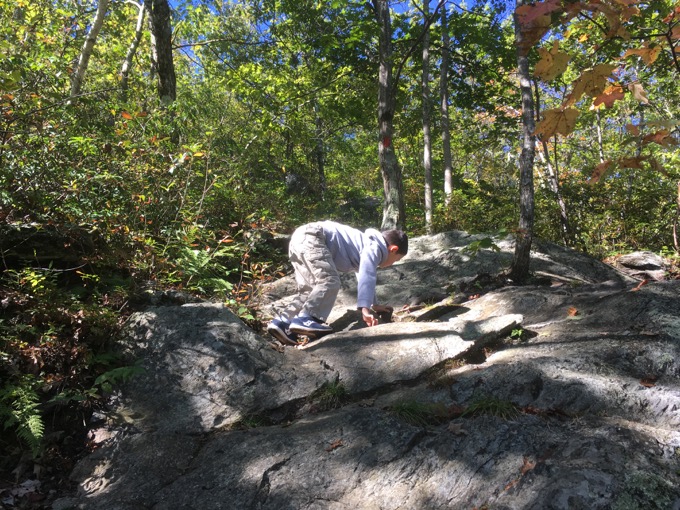 From that point, the climb’s steepness lessens a bit as the vegetation becomes all scrub oak, blueberries, and laurel. In July, you won’t find a bigger wild blueberry patch than on Round. They’re up there just for you.. and the bears I suppose.

The views from Round are expansive; absolutely some of the best in the state. You can follow the mountains the Appalachian Trail traverses from Lion’s Head to Bear and up into Massachusetts with Race, Everett and beyond. I want to believe I could see Greylock as well. To the west, you can see Brace and the Catskills in the distance as well. It’s simply great. 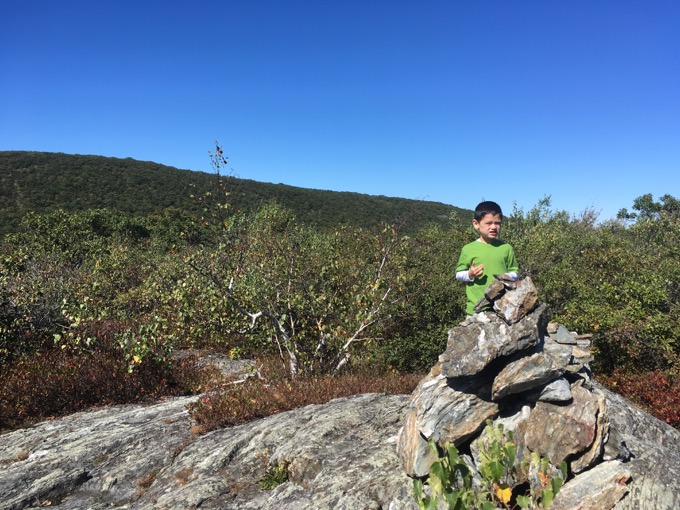 There are two cairns on top of Round Mountain; I’d guess the more southerly one is the true summit. We tagged both to be sure. The distance from the trailhead to the summit isn’t far; maybe 2/3 of a mile? 3/4? But it does require a bit of effort and in fact, as far as Connecticut hiking goes, this lesser hiked trail is right up there with St. John’s Ledges and Bear Mountain when it comes to verticality. 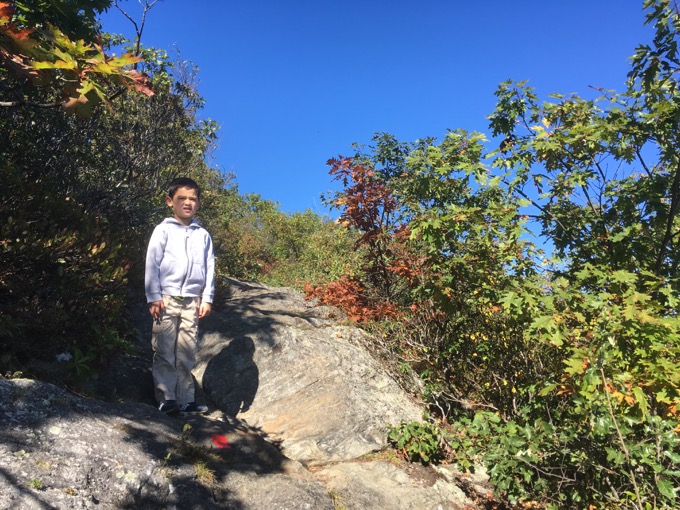 I’d guess these three are the three toughest stretches of “up” (or down) in the state.

From here, Calvin and I continued westward to reach the highest point in Connecticut. We then turned tail and re-climbed Round before descending steeply to the car. 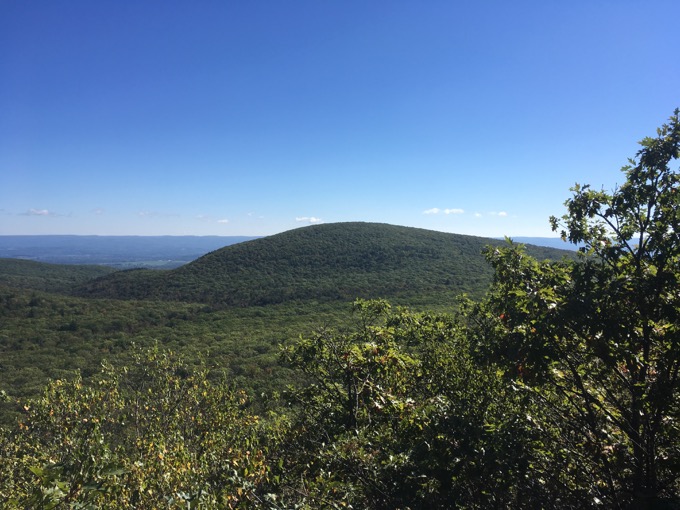 For the rest of you, I still contend that perhaps the best day hike with one car spot in the state (even though you spend some time in MA and NY) is the Round – Frissell – CT/MA/NY Tri-point – Brace (NY) – Bear Mtn loop. It’s the hike I’d lead for Trail Days if I were to ever lead such a hike. 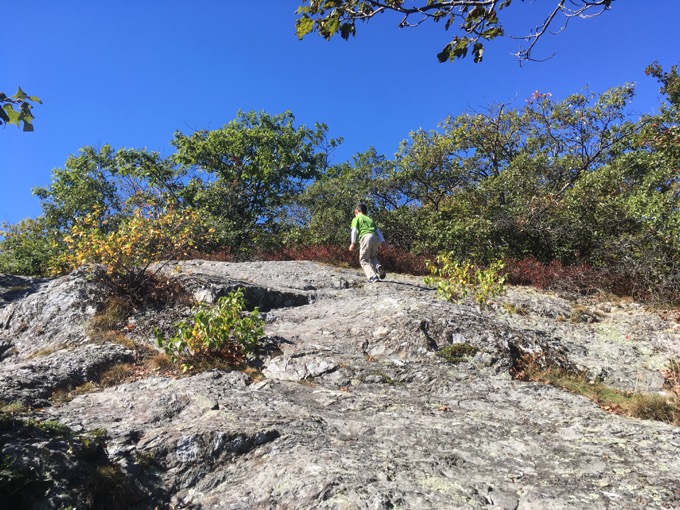 Anyway, there you have it. Connecticut’s second highest peak.

Continue on to read about continuing on to Connecticut’s highest point, the green stake on the south slope of Mt. Frissell! 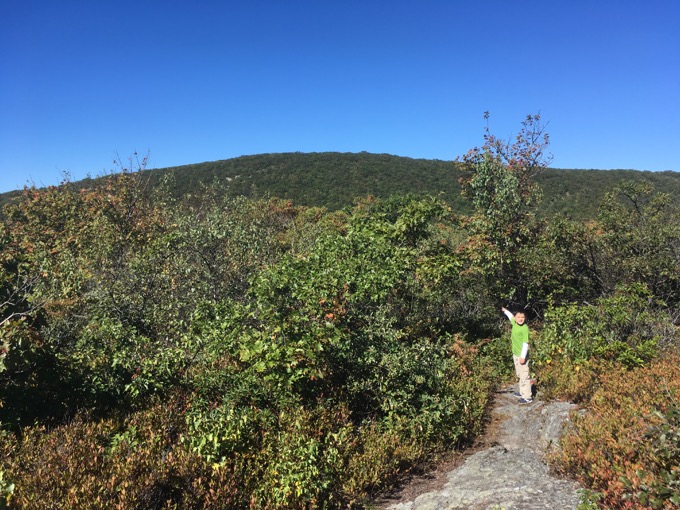