Wheel on By This One
Samuel Wheeler Reed Park, Bloomfield
April 25, 2015

Bloomfield has a surprising amount of parks, parkland, land trust property, and the like. This is probably “surprising” because people think Bloomfield is way more urban than it actually is. Sure, it sits atop Hartford and shares some urban arteries with the city, but the large majority of the town is suburban and even pastoral. 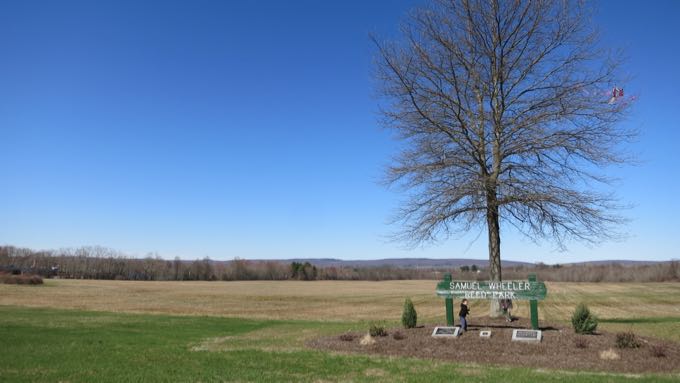 Take Sam Wheeler Reed Park on School Street. Just a stone’s throw from “downtown” Bloomfied and only a minute’s drive from Blue Hills Avenue, just look at that picture above. It’s beautiful!

This park isn’t so much a “park” as it is one giant rectangular field – it goes all the way to the back of Bloomfield High School property, for those of you familiar with the area. The highlight of this park, of course, is the distant view of the Talcott ridge and Heublein Tower off to the west.

I took the boys here one fine morning to check it out.

We looked at the lone tree and the distant ridge. There used to be more pin oaks here, but they were recently damaged and cut down. 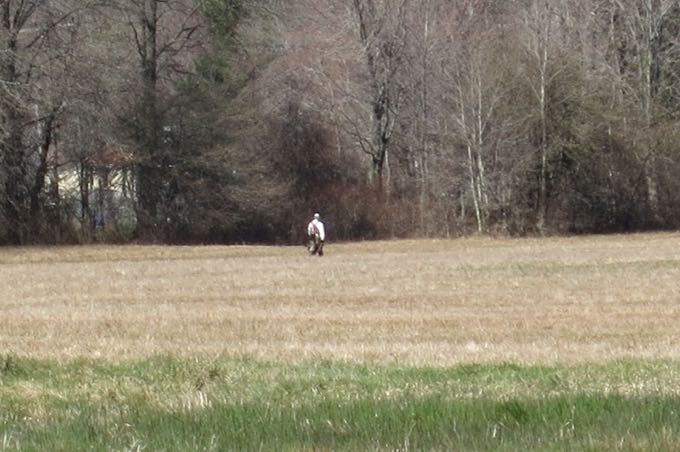 We walked a bit on the sorta-trail into the muddy field. We watched a guy, dressed for hunting (but I really hope not actually hunting) with his hunting dogs, practicing hunting things. He looked at us warily from afar.

We read the plaque dedicated to Mr. Samuel Reed and wished we had the means to clean the poop off of it. 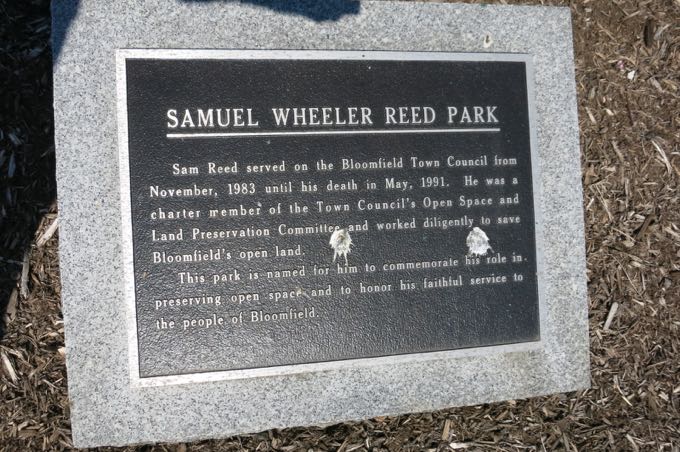 As you can read, The 90-acre park on School Street is named after a long-time town councilman who was a vocal advocate for the preservation of open space.

The park was litter-free and I imagine it’s a very nice place to walk a dog or to just walk by youself to the far end. It was too muddy for us to do so and really, we didn’t need to do that. I ticked it off my list of Bloomfield town properties to “hike,” and continued onward to do some other stuff around the town.

There you go: Samuel Wheeler Reed Park in Bloomfield.