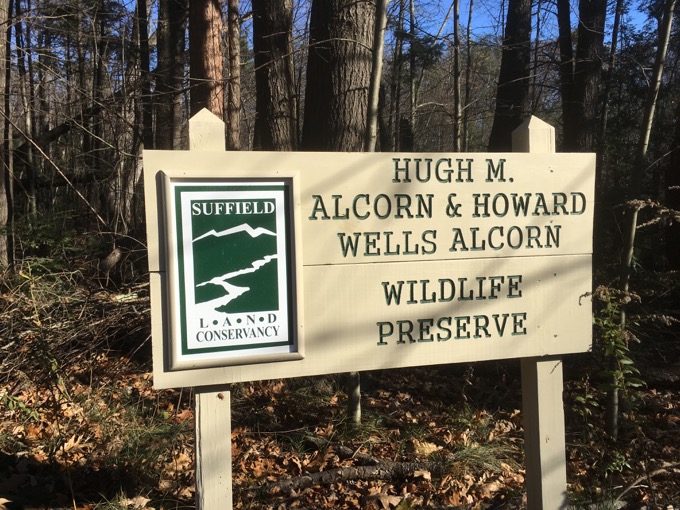 I can now report what exists (for my selfish CTMTQ purposes) and what does not. The Alcorn Preserves certainly exist! And there’s even a blazed and maintained little loop trail through Howard’s. 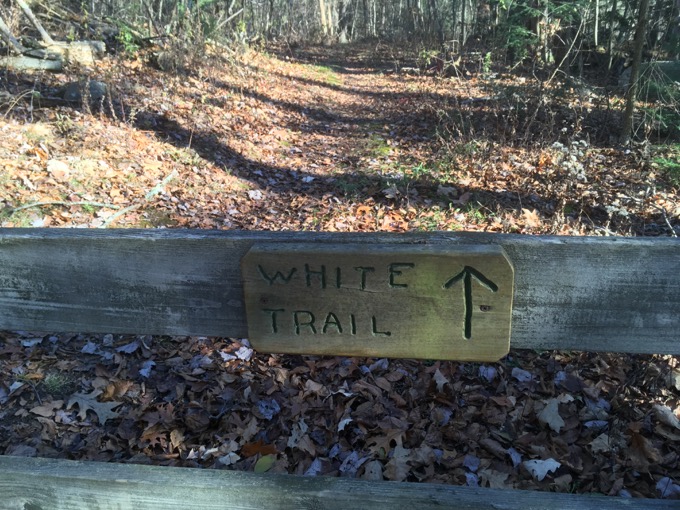 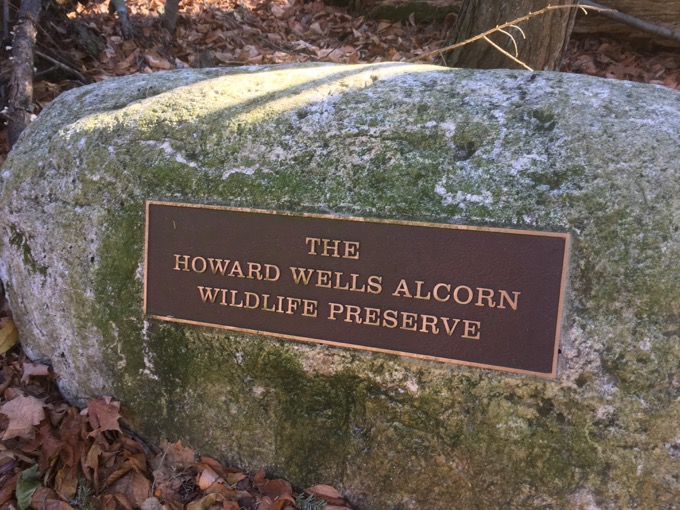 This parcel also has a lovely sign. And a plaque! Two, actually!

At the trailhead, I suspect 99% of hikers follow the blue Metacomet Trail north towards the Massachusetts border. And this is a fairly exciting stretch of trail, as it was a roadwalk to the border for YEARS until recently (2016 or so). 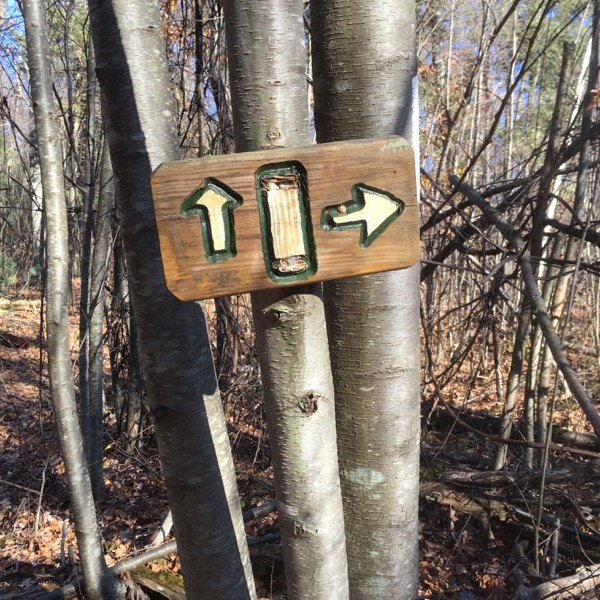 For those of us adventurous (read: Weird) types, there’s also the white blazed loop trail of the Suffield Land Conservancy. It is short. It is unexciting.

Unless… unless you love old chimneys. 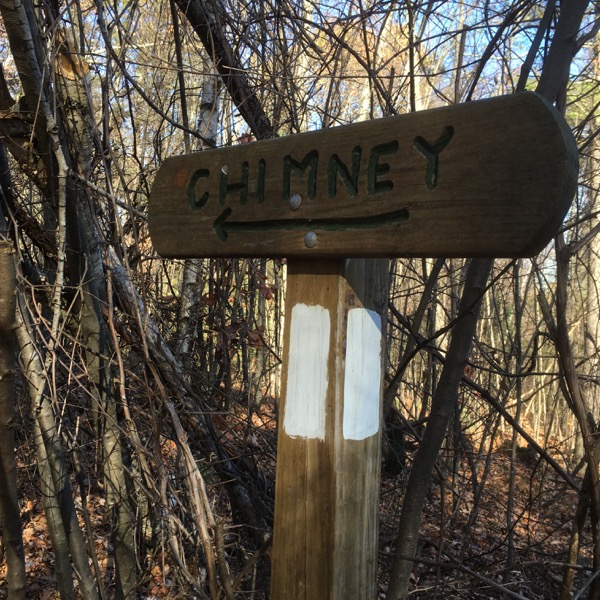 There’s even a sign pointing the way to the chimney, which connects the “back” of the loop to the Metacomet. 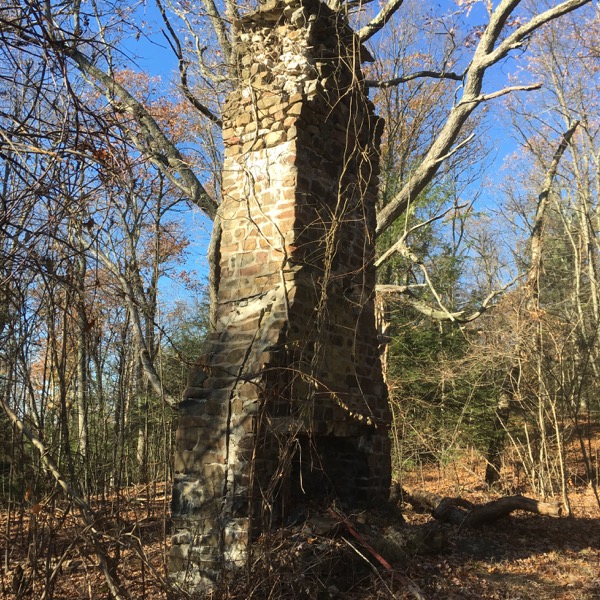 Which took me back to my car through, I believe the Hugh M. Alcorn Preserve. 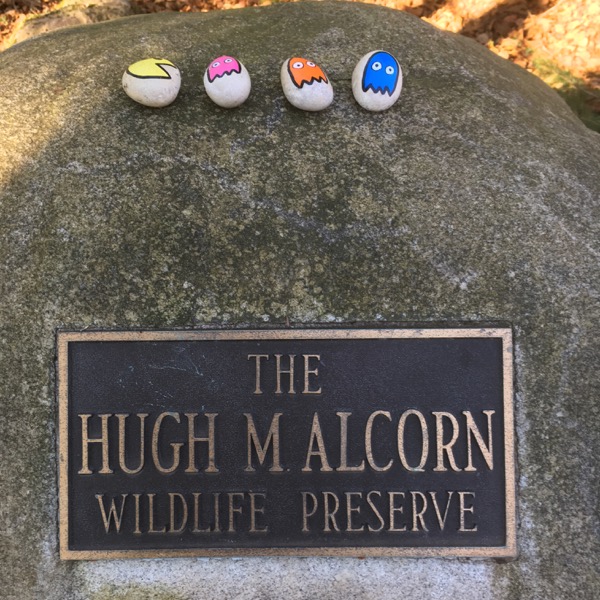 Further up the Metacomet, one can access the Root-Colson and Prekop Properties of the SLC which, I believe, don’t really contain anything, let alone another awesome chimney. There may be an access trail from the Metacomet to Mountain Road, but really, no one needs to bother with that. 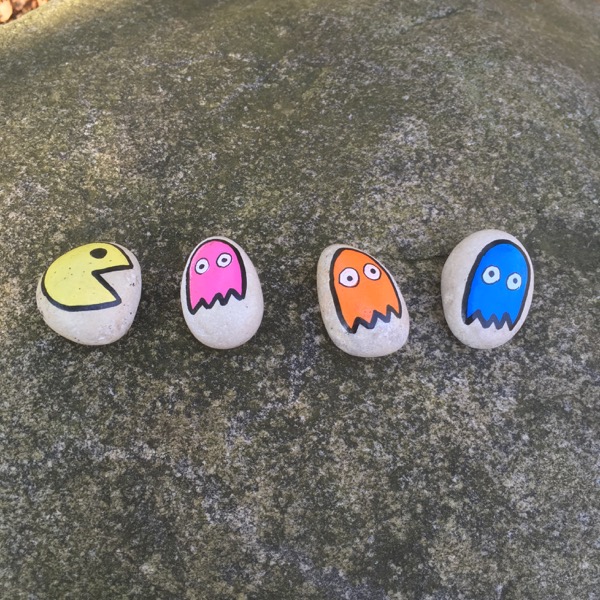