CTMQ > Everything Else > Biology & Geology > Sparky the Dog Rock

If you look closely, you can see Hoang sitting next to this massive mural of “Sparky” who, according to the dates on his collar, lived from 1975-1984. 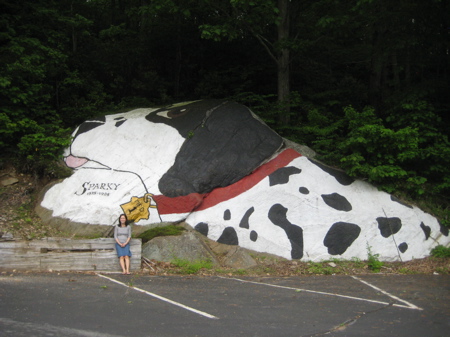 That’s a big dog rock. Okay, it’s not the classic roadside profile-view animals that I’ve been collecting pictures of, but I still think it’s worthy of CTMQ documentation. If your kids want to see a giant dalmatian painting, it’s right off of I-395 in Montville at the fire station.