If you ever find yourself driving around Staffordville and western Union and become lost in the thought that you’ve somehow driven off the grid to somewhere in, oh I don’t know, Michigan’s upper peninsula somehow, this creepy post office may wind up being your beacon of hope. 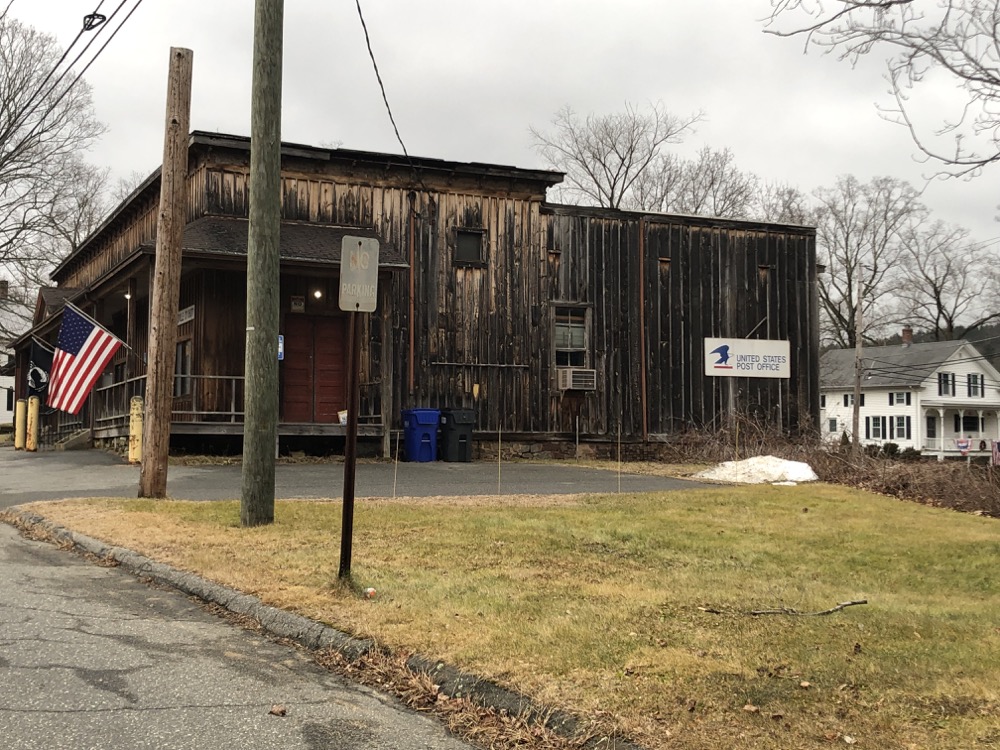 I happened by this joint before I entered the wilds of the northern reaches of Stafford (a section of the large town called Staffordville) and western Union in search of the highest point in Tolland County. I thought I had pretty much been everywhere in Connecticut and had driven pretty much every road by now.

That’s why I thought I’d entered a portal to a distant land… because I’d never seen this post office, I didn’t know there was a “Staffordville Beach” at a reservoir, and the roads! Miles and miles of deeply forested roads that twist and turn and cell service is spotty at best and wow, this is a part of Connecticut relatively very few people ever see. 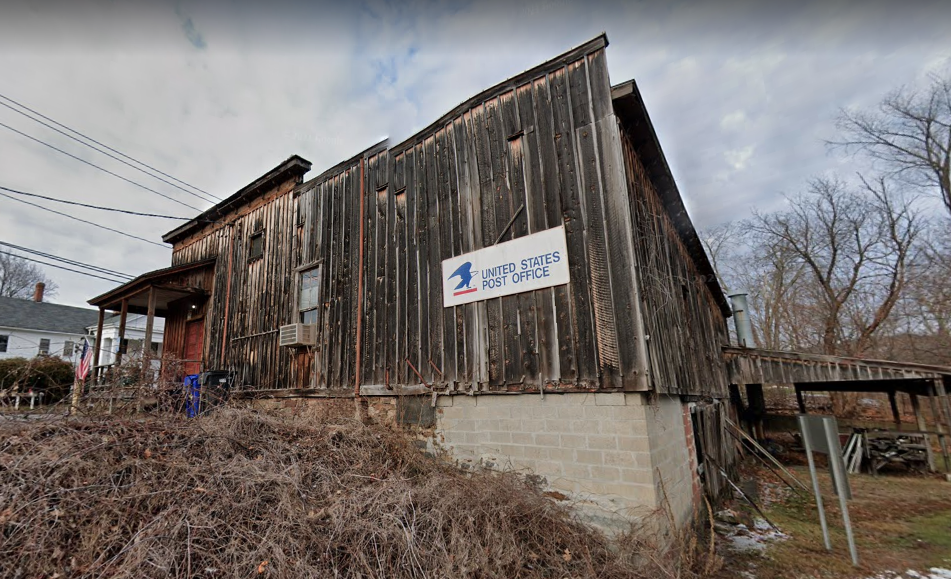 Which is why, I suppose, they have a very weird looking post office. Just to add to the mystique perhaps.

Inspired by my post on social media about this building, reader Dave Pelland went to Google Street View to see if it was real. He posted this screenshot and noted, “If this appeared during a movie, patrons would be yelling “Don’t go in there” at the screen.”

I just love that there are people out there who get it.

Just remember that if you, like me, find yourself driving around on a foggy damp day in the woods of northeastern Stafford that neither snow nor rain nor heat nor gloom of December fog will… every convince me to mail a package from here. 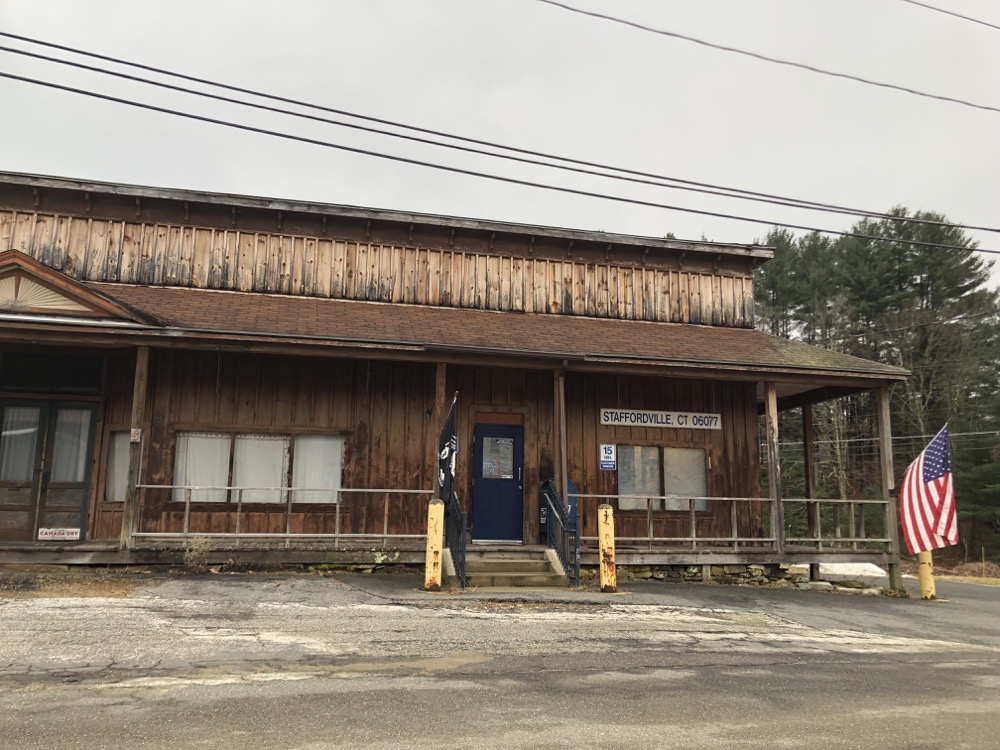