You’re not going to watch this movie and I’m here to tell you that you probably shouldn’t watch this movie. But I watched this movie. A movie, supposedly, “based on a true story,” although from everything I’ve read “based on” is carrying a lot of weight here. 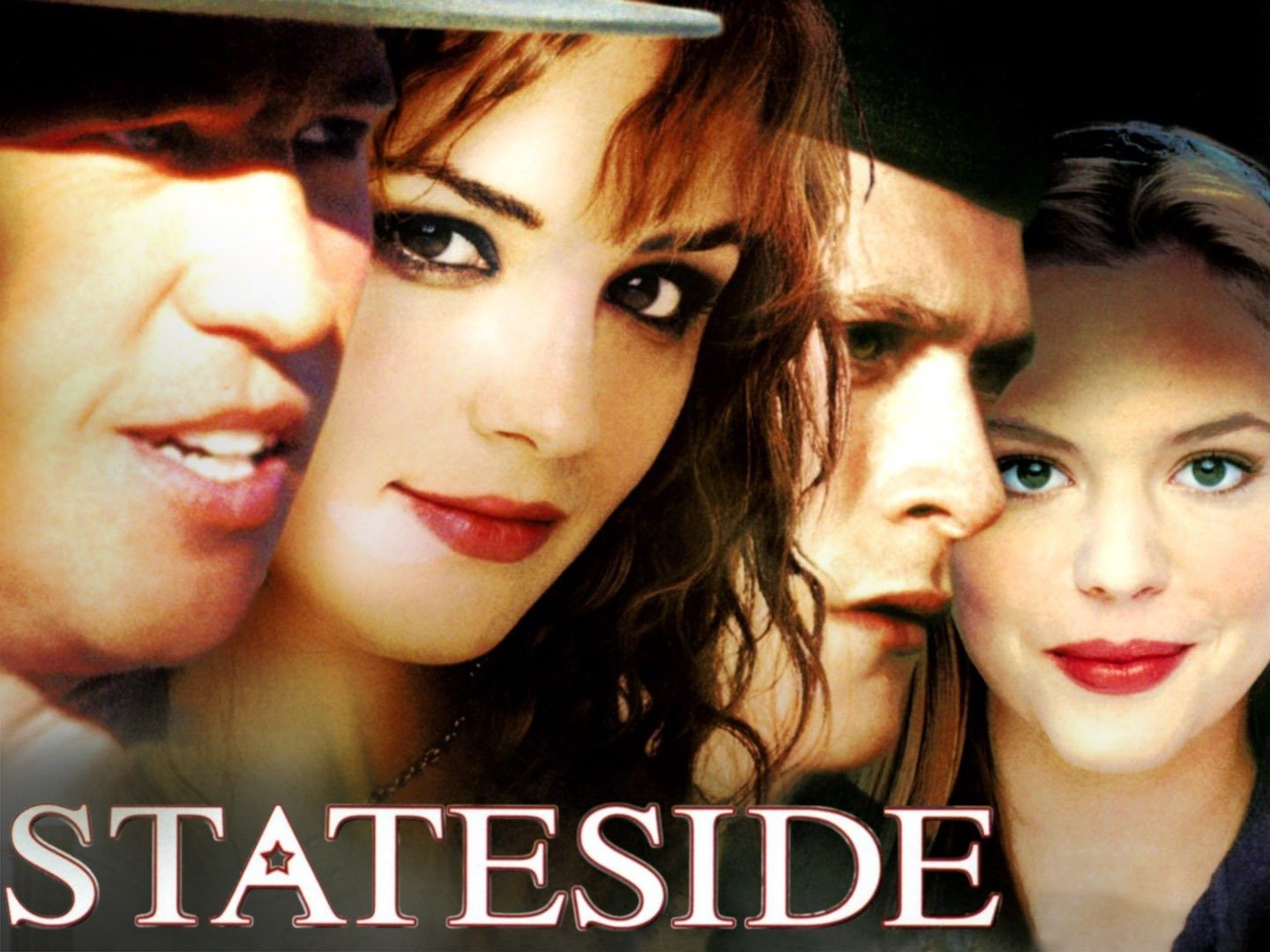 Note: it’s not really based on anything remotely true. And aside from one short scene, it does a huge disservice to the mental health profession and those suffering from mental illness. But this is Hollywood, baby, and that’s just the way it is. (One version of the movie’s poster had the tagline, “Boy in a flack jacket meets girl in a straight jacket.” Good stuff.) 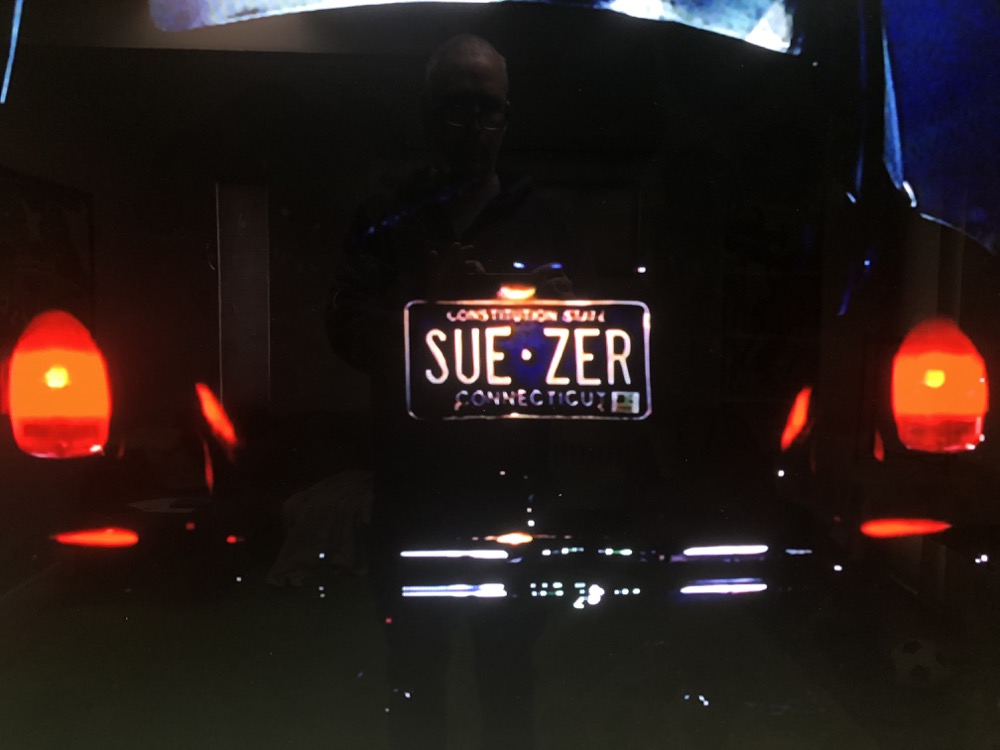 I always look for legit plates

The plot is simple enough… except the director makes it as confusing as possible. Dorri Lawrence (Cook) is an actress and singer who resides in Hollywood. She has undiagnosed schizophrenia, which causes problems in her career. After another concert goes wrong due to her untreated disease, she is finally sent to get help for her schizophrenia – at “Haveral County Hospital” in Connecticut. 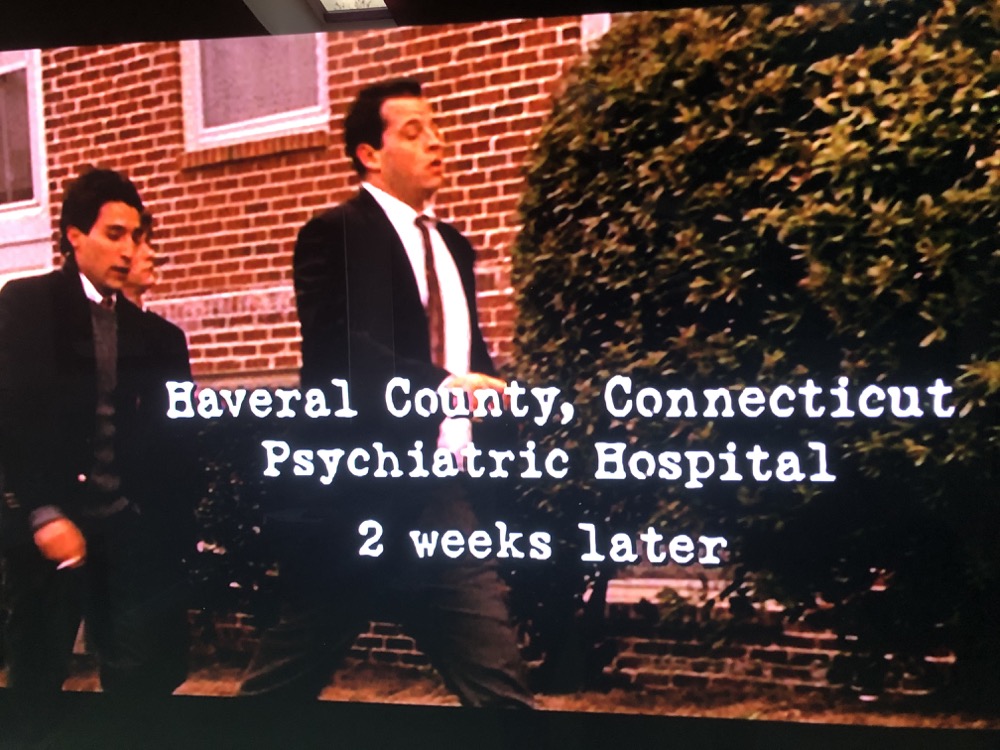 Meanwhile, Mark Deloach (Tucker) is a rich high school kid miles away, attending a Catholic school. Skipping ahead, Mark drinks and crashes into the principal of his school and injures a bunch of people and pleas out of criminal charges by agreeing to join the Marines. His father (Mantegna) is super rich and Carrie Fisher hates him and… who cares.

Mark visits his injured friend at the psychiatric hospital – who was sent there for having sex(?) and meets schizophrenic Dorrie. He is smitten, but goes off to Parris Island for Marine boot camp. The drill sergeant hates Mark because he’s rich and from Connecticut. I love this short scene so much. It is now my ringtone:

Ah, that’s great. It made watching this movie worth it. Oddly enough, a few weeks later I watched Oscar nominated American Sniper where, during Navy SEAL training, the instructor randomly says something very similar for some odd reason. (The main character was from Texas in that movie.)

Why do tough military guys hate Connecticut aspirants so much? Man, Connecticut has a long and proud military history! Jerks.

Anyway, Mark does well at boot camp and wins over Val Kilmer eventually through sheer hard work and dedication. He also wins over Dorrie, racing back to Connecticut every chance he gets to see her. He is the Marines’ project, she is his. 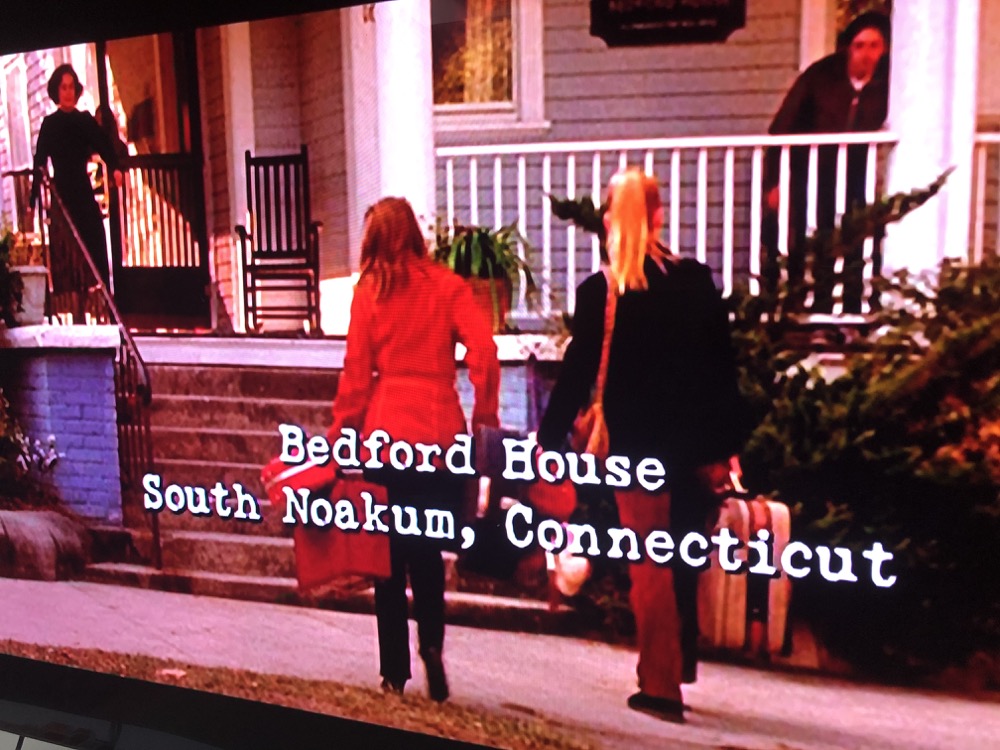 Which… isn’t good practice. Dorrie is seriously ill and a danger to herself and others. The doctors at the hospital tell Mark to stay away but he doesn’t listen. He’s in love! He buys her a sexy dress and kidnaps her on occasion for dates. All in good fun I suppose.

Dorri and Mark keep in contact through letters and phone calls, but eventually Dorri’s illness worsens and she loses touch with reality. Friends and family beg Mark to help Dorri get treatment, but he opposes any suggestion that might separate them. Eventually, an intervention support group keeps the two away from each other.

Then, because the movie isn’t “dramatic” enough, Mark is deployed to overseas action and is injured in the bombing of the Marine Barracks in Beirut in 1983. He returns home with an honorable discharge. Apart for two years, Dorri contacts Mark in a hospital where he has been healing from his wounds. They plan to marry and start a new life together. The end. 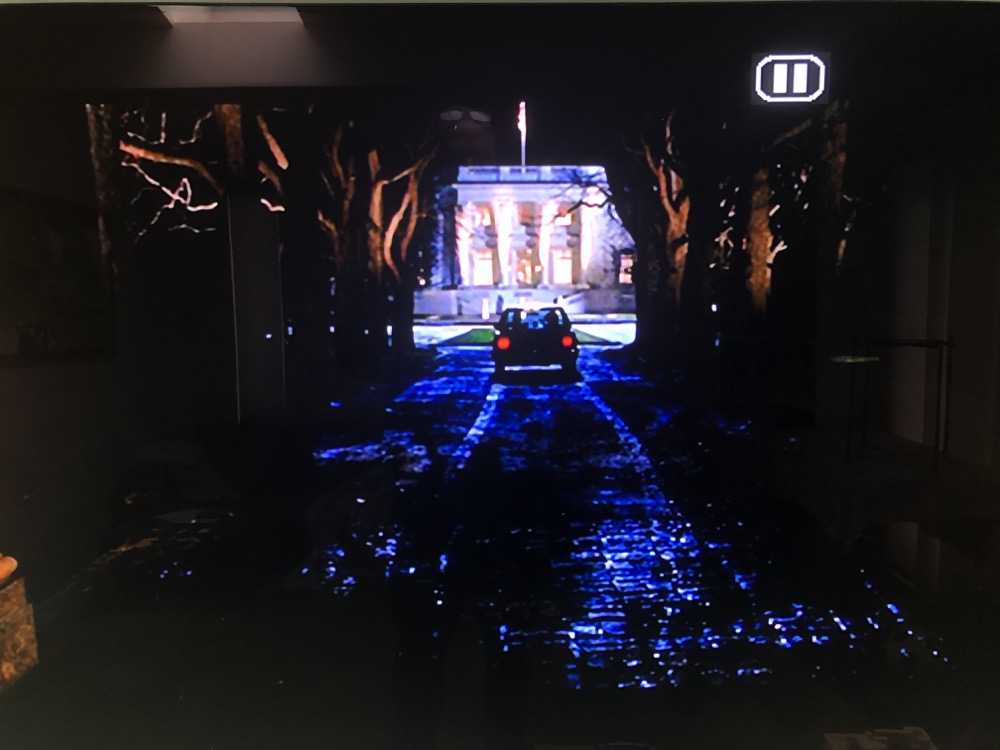 The acting isn’t bad at all, but the writing is. And the plot is disjointed and hacky. And Mark’s dumbed down understanding of schizophrenia is criminal. Rachel Leigh Cook is as great as ever though. Give this woman more work already!

But check this out. Mark’s house in the movie is the very real “Northway” in Greenwich. And the true story of Northway is crazier than anything in this movie. If you’ve actually read this page this far, you’re about to be rewarded with a bonkers Greenwich story. And we all love bonkers Greenwich stories.

Northway is a replica of the Petit Trianon, a small chateau on the grounds of the Palace of Versailles in France. Also known as Petit Trianon Deux, the 12,000-square-foot, six-bedroom house sits on 18 acres and has a storied past. It was listed for $39 million in 2010. 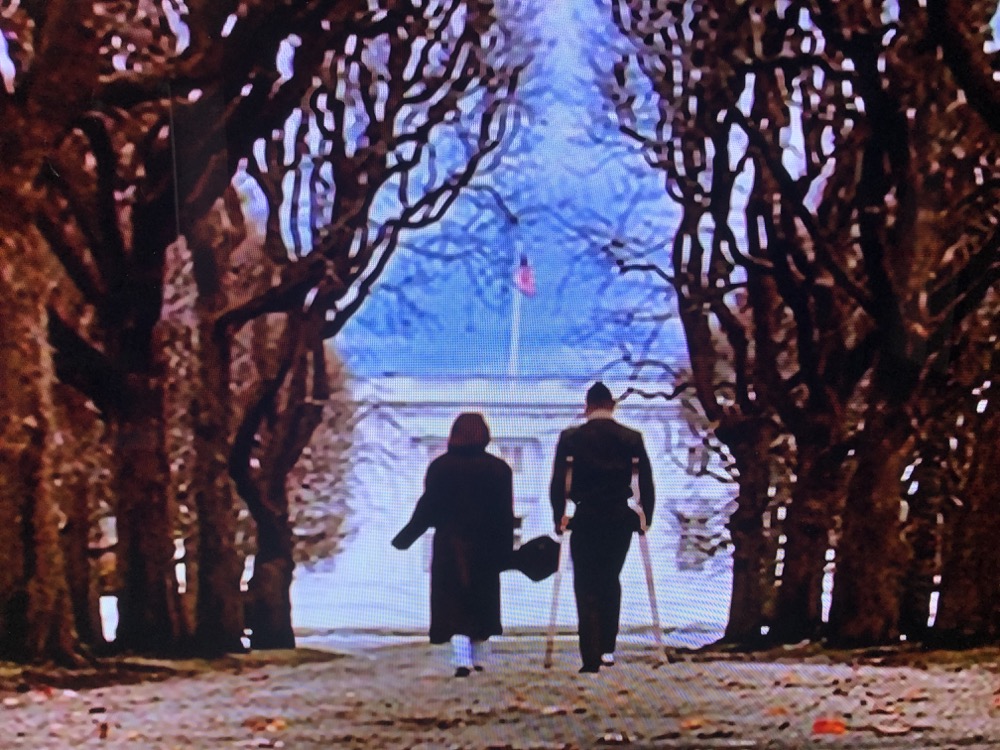 The original was constructed in the 1760s for the mistress of King Louis XV, and was later used as an escape by Marie Antoinette.

Northway was built by Laura Robinson, an heiress to the Diamond Match and Goodrich Tire fortunes. After Robinson was granted permission from the French government, the scaled-down copy took three years and $1 million to build, according to the book “The Great Estates, Greenwich, Connecticut, 1880-1930.” It was completed in 1913.

Back in the early 2000’s, the home was owned by the family of the late Rene Anselmo, who founded satellite communications company PanAmSat. Rene Anselmo’s son is Reverge Anselmo. Who’s that? Why, the director of Stateside!

Oh there’s more. Anselmo contributed more to Greenwich real estate than simply keeping up the beautiful estate. In the 1990’s Anselmo was a leader of a group of real estate agents who protested the planting of “For Sale” signs in front of homes — which until then had been unofficially verboten in Greenwich — by national firms. Anselmo spoke out at town meetings, and was even arrested in 1990 for spray painting a Coldwell Banker sign. He later hired a constitutional lawyer to help craft the town’s ordinance banning commercial signs.

Oh Greenwich. (New Canaan had this ban as well, but it was overturned on free speech grounds. I believe it still exists in Greenwich because of the way the town ordinance was written – banning all commercial signage of a certain sort.)

So there you have it. The director of this bad film is grew up in the Versailles replica mansion in Greenwich whose father is mostly responsible for Greenwich disallowing For Sale signs in front of houses. Now we know. 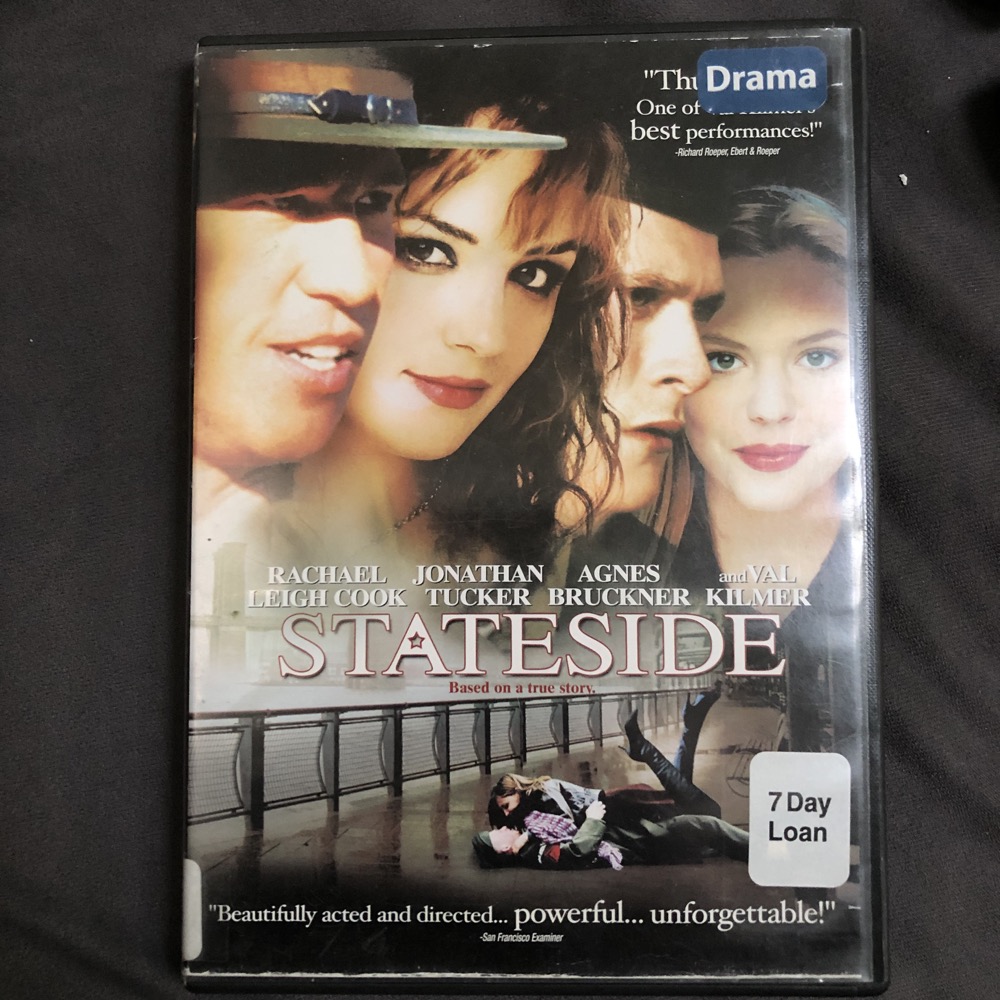 CTMQ Rating: 2 out of 5 thumbs up
Connecticutness: 141 out of 169 Nutmegs
Filmed in Connecticut? Partially, yes
Wealthy Caucasian with a Big House? Goodness Yes