Alright, look. I hate to be “that guy,” but with certain things I kinda sorta hafta do it. When I am tasked with “completing” Putnam and have been visiting and writing about every brewery and brewery-like entity in the state for a decade, I must visit The Crossings. 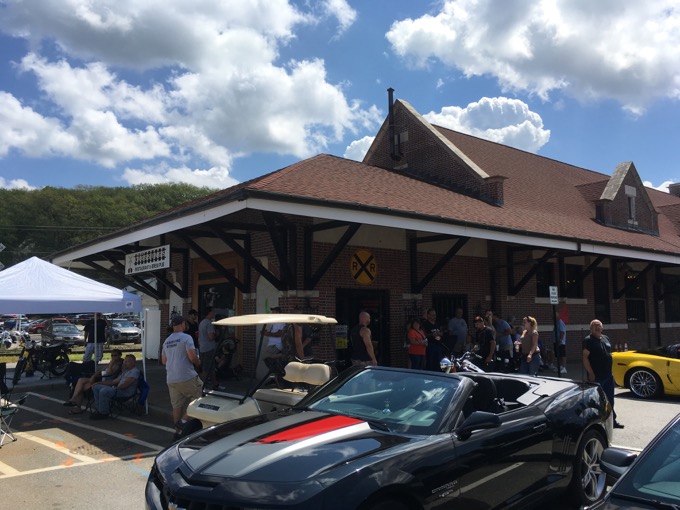 And I have to write about it.

And it’s that brewpubbiness that brought me here and why I’ve devoted a page to it. 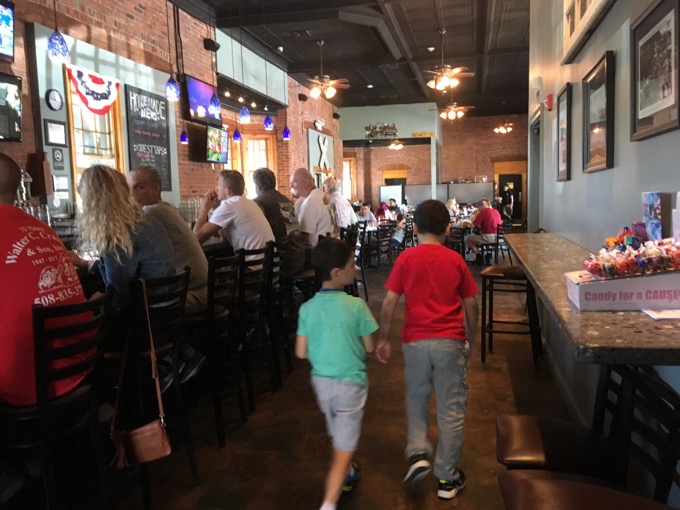 Except… it’s not really a brewpub. It’s an extract brewpub. Which were fairly commonplace maybe a decade ago? Maybe never? I don’t know.

The Crossings popped onto my radar when it first opened because all new breweries and brewpubs pop onto my radar. I followed along online through its first year and oof, Yelpsters and the like were not very kind. Not that I trust Yelpsters at all, of course. 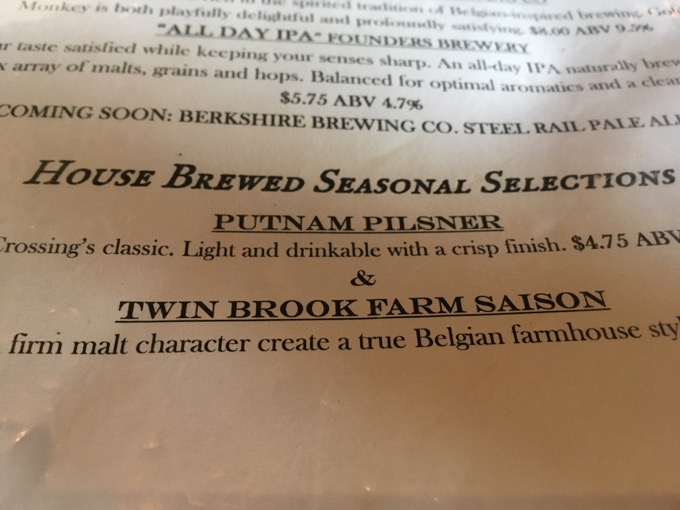 But the beercentric review sites were even less kind. And really, the only reason I’d be going to The Crossings was for their beer. But… we’ll get to that in a bit.

The boys and I were in Putnam to do a bunch of stuff and happened to visit during some giant town-wide car show. It was actually pretty cool and Damian held it together pretty well in the crowds. But I was concerned that at 12:30 PM, with thousands of people in town, that The Crossings would be packed. Literally every parking space in town was taken. 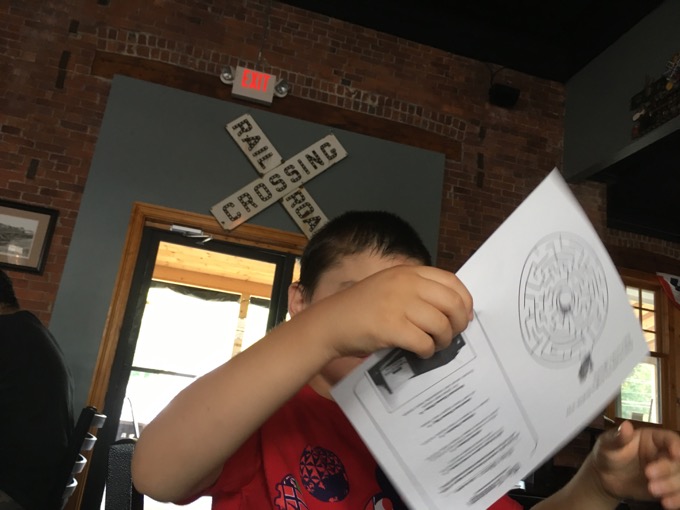 We entered and… the dining area was relatively empty. Hm. Thousands outside. Tens inside. I found that curious. But it’s a cool space, as they’ve retained the train station feel of the place, and have decorated it appropriately. The boys liked that.

We sat and placed our order. The staff was attentive to us (you see, Yelpsters!) and pleasant. I’m not even going to bother with the food much. My turkey burger was good enough I guess. The kids’ meals were awful; really and truly awful, but whatever. Plenty of restaurants don’t give a hoot about that part of their menu. 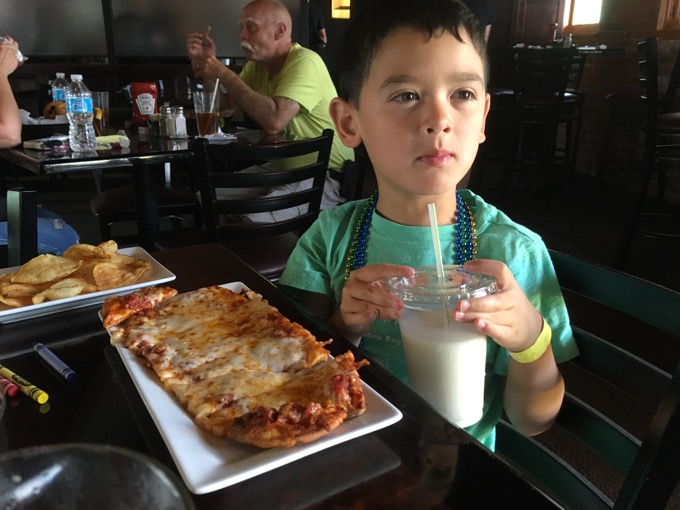 Calvin’s pizza tasted to me like a store brand frozen mess – but he enjoyed it! And Damian’s chicken fingers were similarly terrible – but he ate them!

Okay, so, The Crossings as a brewpub has been written off by beer drinkers pretty much since they opened. Simply because there beer is terrible. Although, during my visit there were only two “house brewed” beers on offer: a pilsner and a saison. 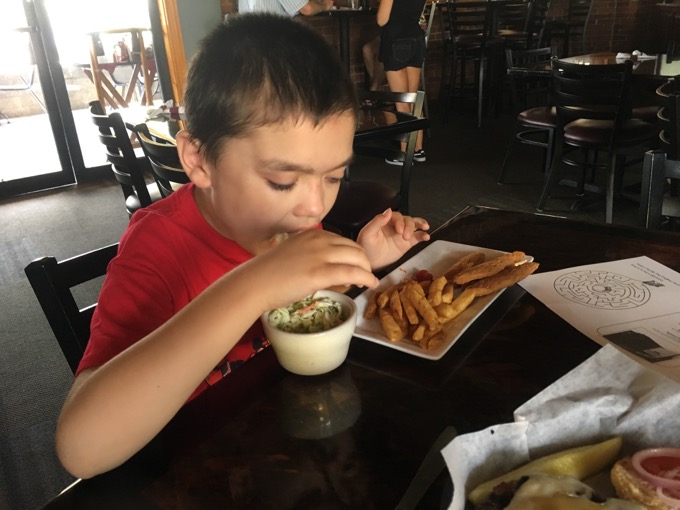 I got the pilsner. It was… not bad actually. A bit off on color and slightly under carbonated, but the flavor was better than I’d expected. It was, as you’d expect, a Budweiser with a tiny bit more grain (rather than corn) flavor. I didn’t try the saison. Shoot me.

The Crossings usually has four or five of their own beers on tap from what I’ve read. Or they used to. Maybe they’ve seen the light and realize that beer drinkers like good beer, so they’ve scaled back their own beer? I don’t know. 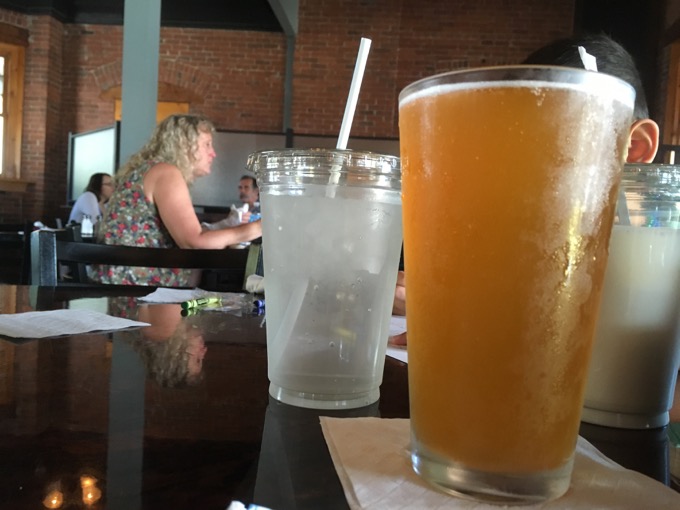 There it is. The Crossings’ Putnam Pilsner

If you’re confused, here’s what an extract brewery is. Say there’s a bakery in town. They sell cakes. They bake them “in house,” but all they are doing is taking Duncan Hines boxes of cake mix, adding some eggs, mixing it, and baking it. That’s an extract brewery.

Meanwhile, the bakery down the street is a scratch bakery, akin to an “all grain” brewery. Just like baking from scratch, these brewers start not with a box of pre-made mix, but with a sack of grain, a sack of hops, water, and yeast. And they brew beer from that. 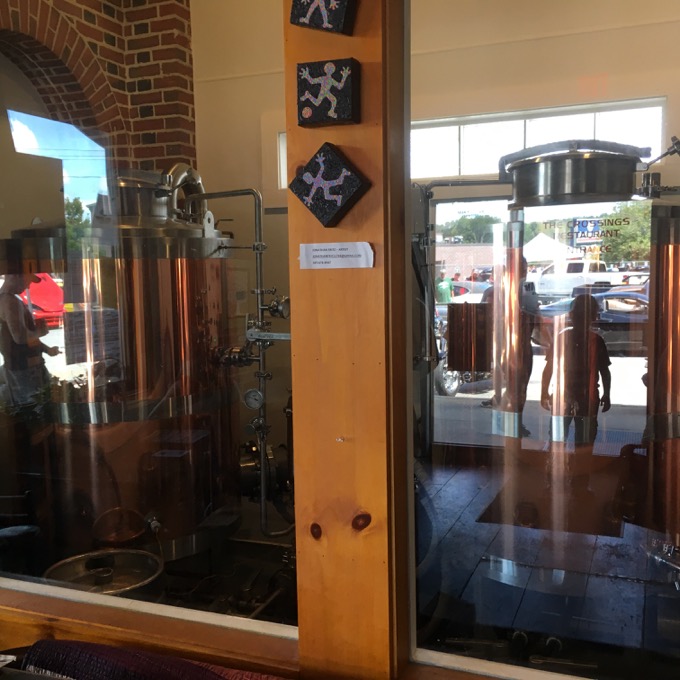 Is extract brewing “bad” per se? No. Tons of homebrewers do it and it’s fine. But in commercial brewing in 2017, it’s just… not what people do. With 53 all-grain breweries in Connecticut as of the end of September 2017, and several all-grain brewpubs… The Crossings is an outlier. And not a good outlier.

And that’s just not going to work for many people. Do enough people care about this stuff to actually affect The Crossings’ bottom line? I have no idea.