CTMQ > Everything Else > Religion, Remembrances, & Outdoor Art > The Radium Girls

If you’re ever sitting at the light at Mill and Union Streets in Waterbury – the intersection next to I-84 and the now-closed TimExpo Museum… the Easter Island Moai – you know the place. Yes. There. If you’re sitting there, you may notice this small sign: 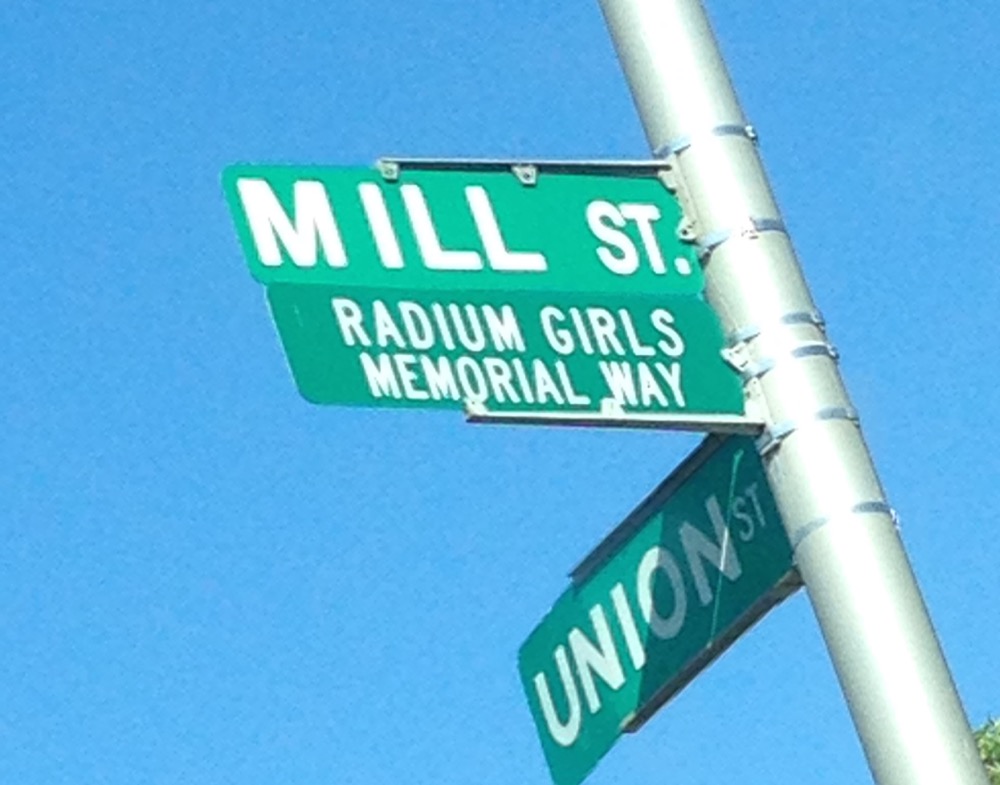 And if you notice that sign and are not familiar with the story, you may wonder, “who the heck are the Radium Girls?”

That’s exactly what happened to me. And now that I know the story of the Radium Girls, I feel the need to share it with anyone who may not. This isn’t a “Connecticut-only” story, but since our state, and Waterbury in particular, was a clock and watch-making hotbed, we had a lot of Radium Girls (about 30) here. There were also radium girls in Orange, NJ and Ottawa, IL.

If you haven’t figured it out, being a Radium Girl was not a good thing. After the first World War, everyone wanted the cool glow-in-the-dark watches the soldiers wore in the trenches. So the Waterbury Clock Company hired immigrant women at criminally low wages to work seven days a week. They sought out women with delicate and “nimble fingers” to paint glowing numbers on watch dials all day, every day.

In order to perform this task, the women would “lip-dip” the paintbrushes – sharpening the tip of the brush to make a finer point for painting. The paint was laced with radium to make it glow. The women were told their glowing teeth was a sign of health. The radium was naturally occurring of course, how bad could it be? They painted their nails to glow. They said it tasted like the glue additive, but they got used to it. It was all a lark.

From The Waterbury Observer:

Working side-by-side at long tables, the girls mixed water-based glue with yellow powder – a blend of radium and zinc sulfide. The energy, or radiation, emitted by radium made the zinc crystals flash, giving the illusion of glowing. Then it was time to paint, and at eight cents per dial, the faster they painted, the more money they earned. Some women finished only 30 dials per day, while the best painted 300. Most of the women pointed their brush between their lips before moving from one dial to the next, ingesting a little paint each time.

The “better” the worker, the more likely she was to die sooner. Horrible. 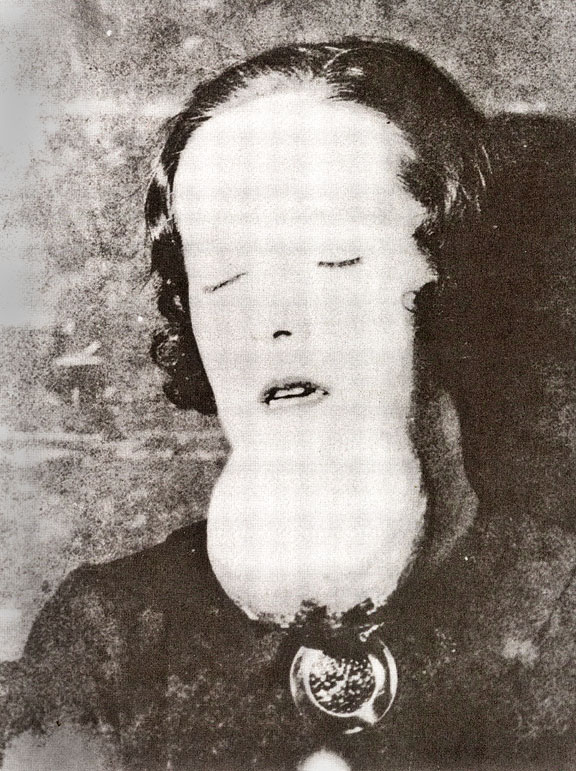 Ultimately, 30 Radium Girls in Connecticut officially died of radium poisoning – an absolutely awful way to die. Most were only in their twenties. The common symptoms and ailments of radium poisoning are anemia, sore throat, deteriorating jaw, soft teeth, spontaneous bone fractures, and aches. One women had a toothache and when the dentist pulled it, half her jaw broke off. Another’s legs just broke in half while dancing. Most lost parts of their jaws and faces.

The Waterbury Clock Company downplayed the effects of radium and allowed lip-dipping to continue for years. The company hired a fraud of a “doctor” who assured the girls that they were fine, even as their faces were falling off. But once word got out that dial painters in New Jersey and Illinois had the same anemias and bone cancers, some minor safety practices were finally implemented in the factories. Oh, and the women got a 2-cent per day raise. Hazard pay I guess.

All this for one-dollar watches.

The women were “honored” many years later as the human guinea pigs they were. According to the US Atomic Bomb Commission: “If it hadn’t been for those dial painters thousands of workers might well have been, and might still be, in great danger.” These young women, those who died and those who led long, painful lives, helped aid US forces in World War II. Yes, their suffering motivated atomic bomb workers in the 1940s to take safety precautions they might not have taken otherwise.

There were radiation clean-up efforts at the painting sites, but the girls have mostly been forgotten. Even the TimExpo Museum said they’d eventually get around to building an exhibit dedicated to the women, but they never did before closing. At the nearby American Clock & Watch Museum? Perhaps, but probably not. When we look back at the history of horology in Connecticut, we’re more interested in the mechanical movements and parts production than the human toll I guess.

At least someone was able to get Waterbury to place the little sign at the corner of Mill and Union Streets. RIP Radium Girls, RIP.

There are at least three books about the Radium Girls: 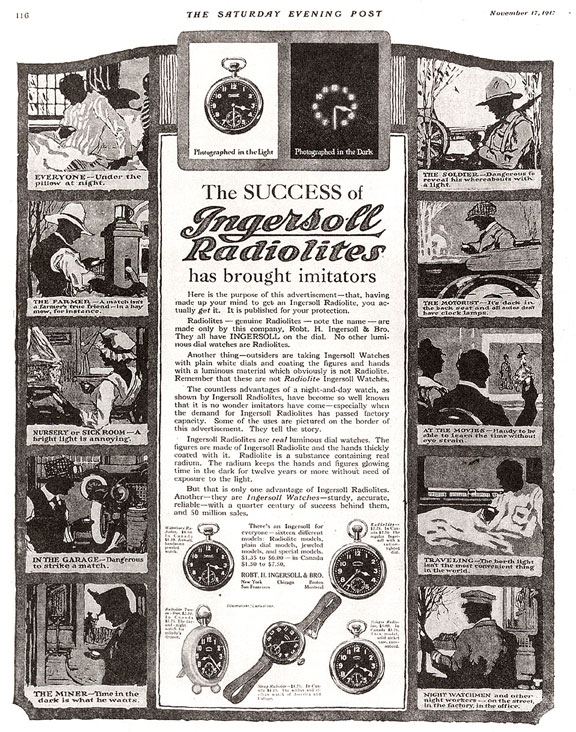 An ad from the Saturday Evening Post touting the glow-in-the-dark watches. Image from “Deadly Glow.”