You can take a nice hike around this place too.

I won’t pretend for one second to understand the first thing about the world of giant radio controlled airplanes. All I know is that a bunch of people love this hobby, some of the planes are really cool, and yes, the crashes are the best part. 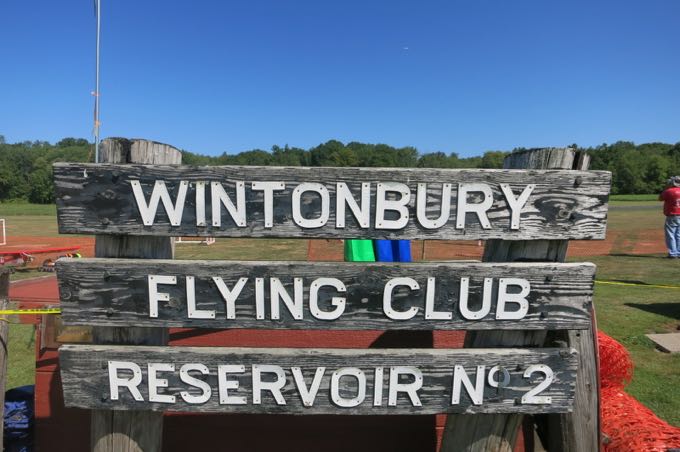 Behind the massive Seabury retirement community, smack-dab in the middle of a flood control area, sits the Wintonbury Flying Club’s … airport? Flying place? Arena? I don’t know what they call it. You can go there on any random Saturday with decent weather and find people flying their airplanes around. 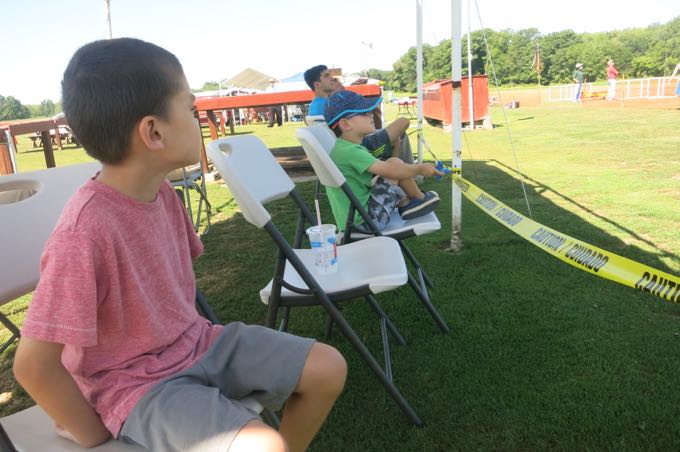 But if you go during their big early September Fly-In, you’ll get to see large-scale monsters being flown all day – for two days. Hundreds of people come here from all over the northeast to fly in Bloomfield.

I took my boys on a picture perfect day. There’s definitely a flying culture that we weren’t part of. I didn’t know the lingo, I didn’t know the plane models, and I didn’t know a soul there. We were eyed warily by some, but for the most part, everyone was friendly – even when my sons stole front row seats from some guy. 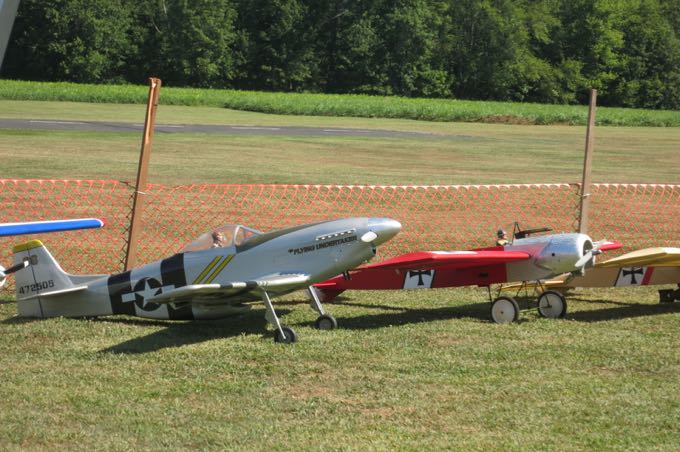 There’s a whole set of rules at these things; who goes when, in what order, and how. I tried to figure it out, but nah. I just like watching these large models take off, fly around, and land. It’s all very impressive and even my children were rapt.

And like I said, the crash landings were fun too: 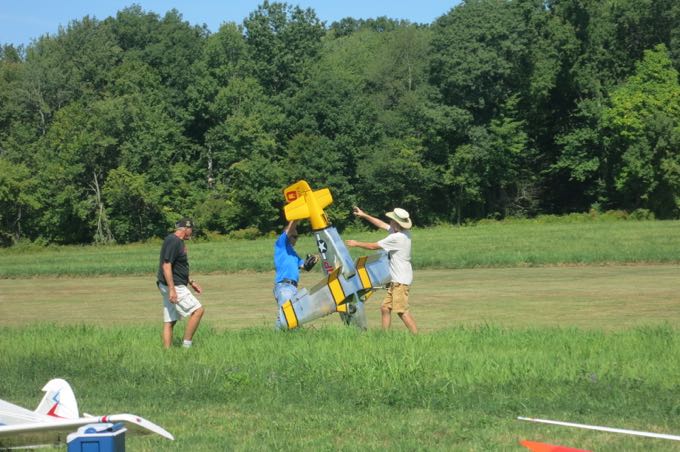 Of course, the human part of me felt badly about this. That plane, I’m sure, is an expensive labor of love. Crashing them must really, really hurt. And besides the cost of whatever broke, this dude had to make the walk of large-scale model airplane enthusiast’s shame back to the crowd.

Everyone saw the crash. Everyone knew his poor controlling was the cause of it. There was no wind. 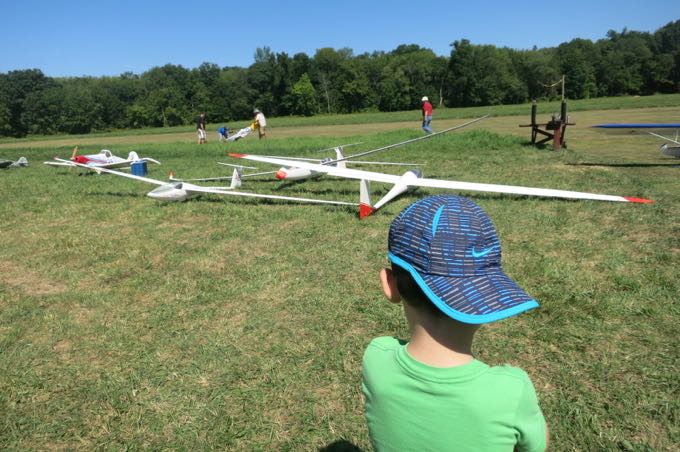 Everyone just sort of stared at him with awkward sad faces.

Of course, my four-year-old yelped something like, “Do that again! That was cool!” but I don’t think he was heard over the din of the airplane engines.

Some of these little guys are LOUD. Don’t believe me? Check this thing out:

I appreciate how he tells us “Just so you know, this gets really loud.” Thanks.

Our favorite moments were when skilled fliers flew their planes upside down mere feet above the landing area. And when one plane dropped parachuted model guys from a couple hundred feet up. Oh – and my absolute favorite were the gliders.

Engined planes would tow these MASSIVE wingspanned planes up, up, up to where we could barely see them and let the tow go… those gliders would swoop around up there for so long we lost track. It really was quite sublime. 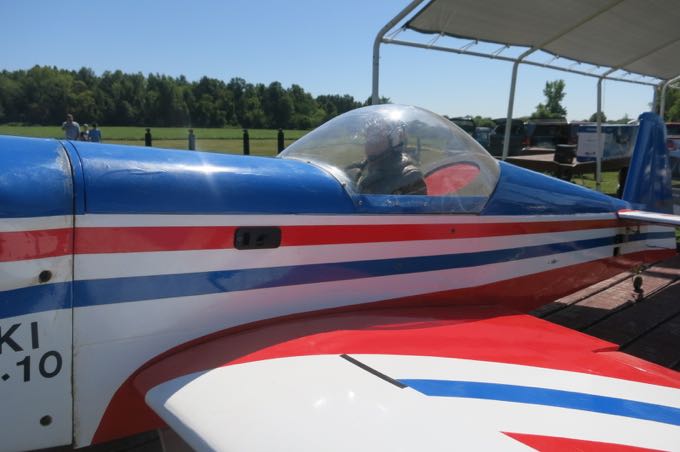 And that was pretty much how we spent an hour at the Wintonbury Flying Club in Bloomfield. Watching people fly their giant model planes. I read somewhere that this is the “largest fly-in of large scale planes in New England.” This may very well be true, but it really wasn’t all that large.

A 2011 Hartford Courant article notes that “thousands” of fliers and fans showed up for this event at that time. Perhaps the hobby is dwindling, or perhaps that writer was embellishing – I have no idea. Still, it’s a cool little thing in Bloomfield that was well worth a (free!) visit. There was also food for purchase and some raffles to enter, if that’s your bag. 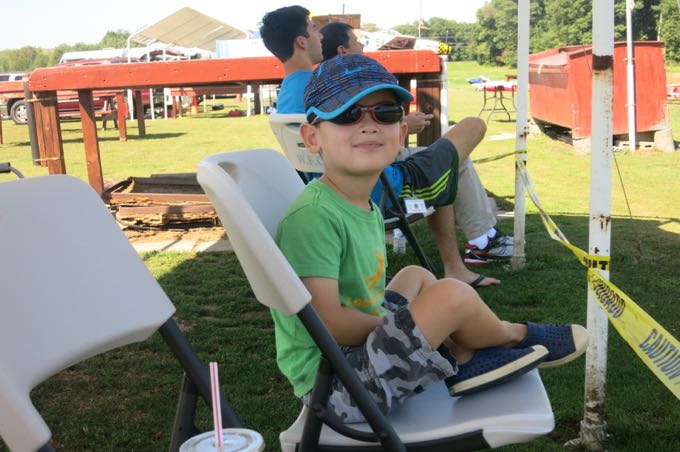