I picked up this book in a flight of fancy that said, “Read this book quickly in early September and then I will go out and enjoy the surely Oscar-worthy movie version starring Jude Law, Sean Penn, Anthony Hopkins, and Kate Winslet that premiers soon.” Then two things happened; the movie bombed* and my typical lacksadaisical approach to finishing books took hold. Ironically, the movie has now just been released on DVD so I guess there’s some poetic justice to that. 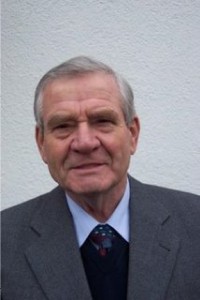 Ah yes, “poetic justice.” The author, Robert Penn Warren, was a poet at heart and was good enough at that discipline to win a bunch of poetry awards. Now, I hate poetry of course so I’d never heard of him. In fact, I’ve still never heard of him in any context other than this book. But no matter, I never judge a book by its author.

“All the King’s Men” is loosely based on the rise and fall of Louisiana’s political heavyweight of history, Huey Long. Here, we follow along the life and times of Willie Stark**; a gregarious intellingent man from humble beginnings in a rural, unnamed, Southern state. The story is told through the eyes of Jack Burden, Stark’s right-hand man and confidant.

For me, the story is not the reason to read this book. Sure, it’s been argued to be the “Great American Novel” and it did win the Pulitzer Prize for fiction… and the plot IS solid and holds one’s interest. There’s no doubt about that. But really, the “Rube studies hard, succeeds, loses his idealism, crashes and burns” story really isn’t all that revolutionary. And in the arena of politics, well, that’s standard practice. (As is Starks womanizing, corruption, blackmailing, and strong-arming.)

Yes, I have a very bleak outlook on politics, it’s true. But regardless, for me, the true beauty of “All the President’s Men” is the writing. I have never – and I mean never – read a writer who can turn a phrase like Warren. (Or is it Penn Warren?) There are countless books in which the author attempts a florid description of something beautiful. Here, Warren can describe a festering boil on the backside of an incontinent dog and make you want to re-read just how he turned that phrase. He is simply amazing. Here, I dog-eared an example:

And with that I slammed his door and was running and stumbling down the dark stairs, for it was the kind of apartment house where the bulb burns out and nobody ever puts a new one in and there is always a kiddie car left on a landing and the carpet is worn to ribbons and the air smells dankly of dogs, diapers, cabbage, old women, burnt grease, and the eternal fate of man.”

I mean, really people – who can’t envision that scene perfectly now? His true skill is in describing people and their internal thought processes. And it’s those people and their thought processes that are the engine that drives this book along. The aptly named Jack Burden must shoulder the considerable weight of his boss’s increasingly sketchy demands. He is forced to dig up dirt on life-long friends and well-respected gentlemen. He must bite his tongue in the face of lies and scandal. The book is always said to be about Willy Stark but it was (to me) about Burden’s journey more than Stark’s.

As I said, the plot is not exactly groundbreaking and there is one long chapter in the middle where we are taken back to the Civil War to learn far too much about some bit historical figure which was simply terrible. The ending contains a few surprises but they come a bit too fast and heavy within the last 50 pages or so. These plot deficiencies, however, barely take away from the beauty of the writing.

*I did watch the movie in March 2012. It was awful… If I hadn’t read the book, I don’t think I’d have had any idea what the heck was going on. Just a terrible adaptation of a great book.

**The picture contained within this story is of some random guy named Willy Stark who turned up on the GoogleImage Search. I liked the cut of his jib.