The name Natchaug means “land between the rivers” and refers to the land at the junction of the Bigelow and Still Rivers which join to form the Natchaug River. The state says that the Forest is popular for its horse trails, outstanding fishing, and riverfront picnic sites – three activities I don’t ever do. Of historic interest is a large stone fireplace and chimney that are the remains of the birthplace of General Nathaniel Lyon, the first Union General killed in the Civil War. Natchaug was established as a state forest in 1917.

There are a lot of trails within the forest, and most of them are as remote as you can get in northern and eastern Connecticut. 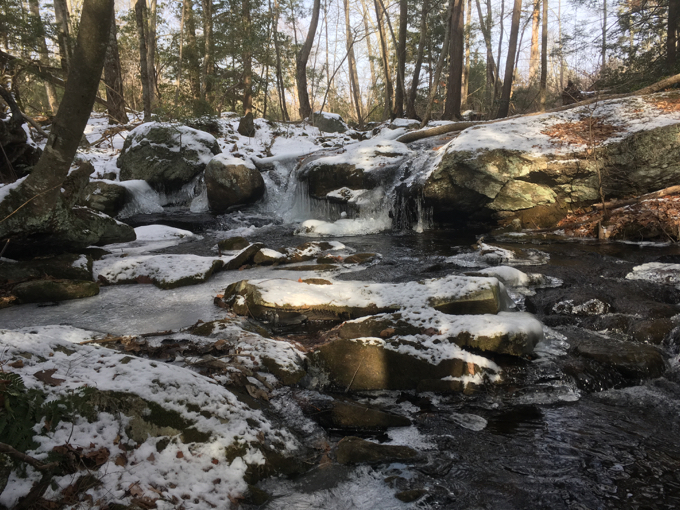