I can’t pretend that I knew that this short loop trail in Eastford held any historical import when I first became aware of it and added it to my list of things to do in Eastford. 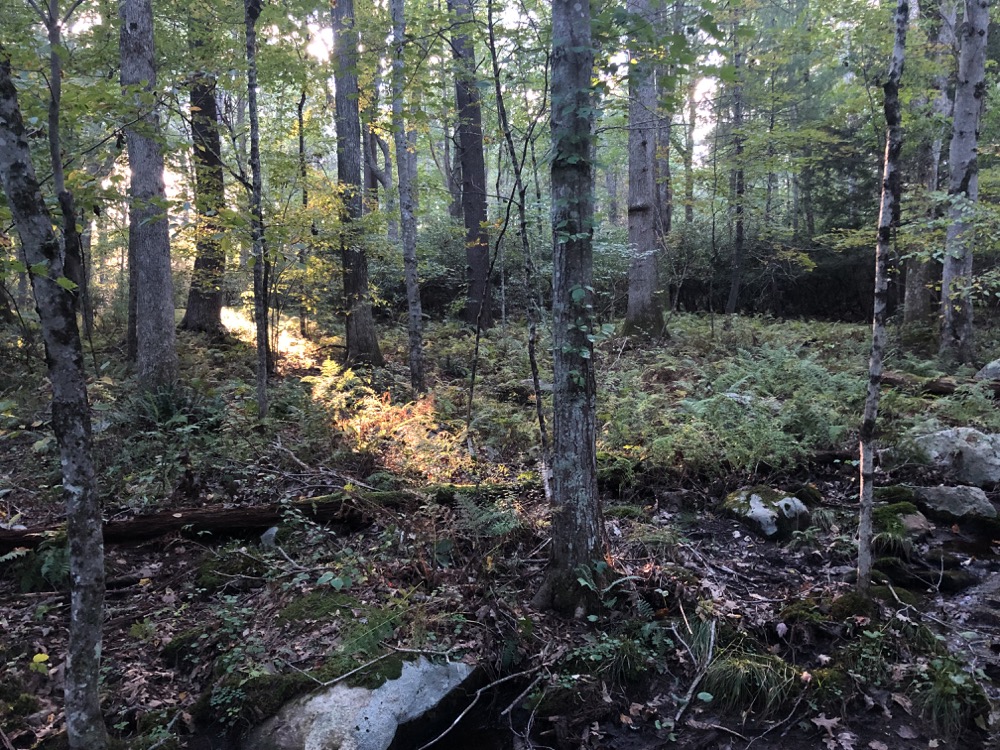 Yes. That’s right. I actually had a list of things to do in Eastford. I realize many of you now have another addition to your “list of towns to check if they’re actually real towns and if they are, where the heck are they” list. That’s okay, Eastford doesn’t take offense. Most of the town is populated by trees anyway.

Eastford is a very real, very pretty town in “The Quiet Corner.” And this trail is very real and very cool. Part of the loop trail is the only remaining unaltered portion of the Boston Post Road! And that’s pretty extraordinary. The Boston Post Road is an early road system that first connected cities and towns during colonial times. It was first established under King Charles II of England and followed trails laid out in much earlier times by Native Americans. 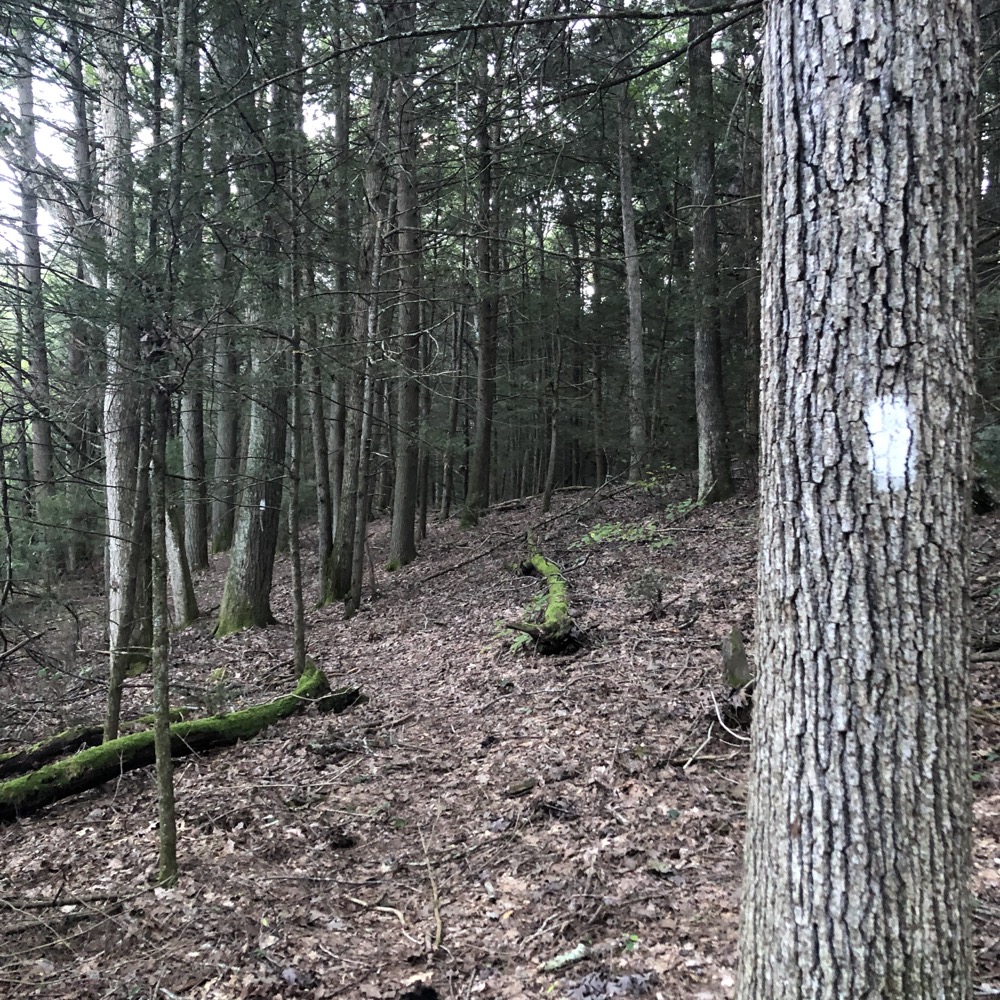 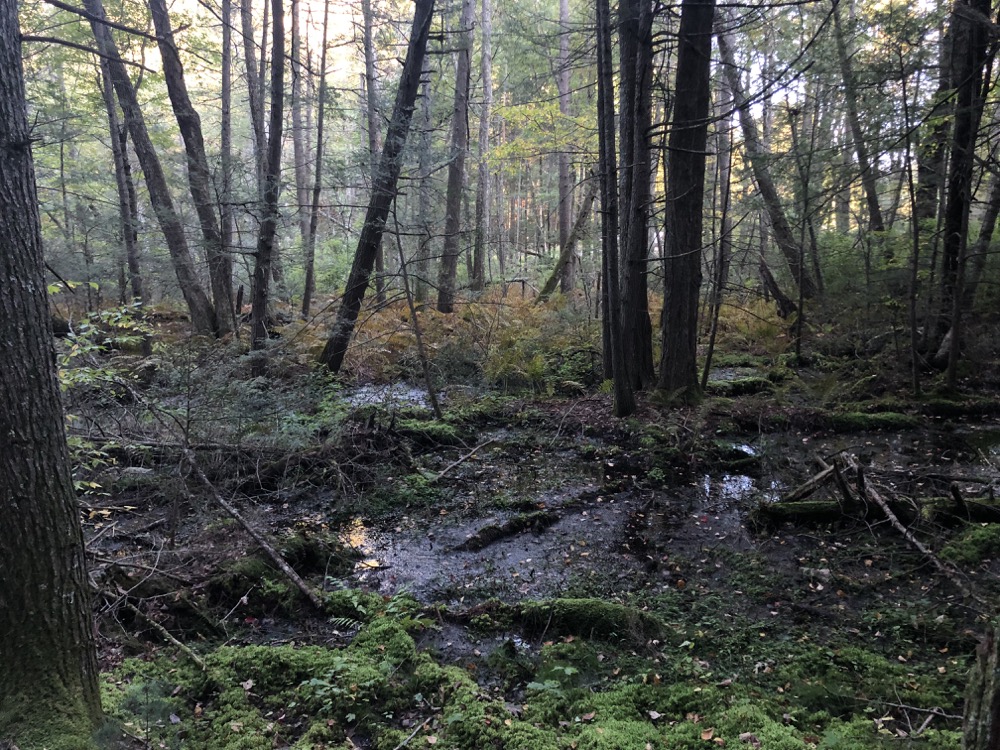 It was used for mail-delivery routes between New York City and Boston and evolved into one of the first major highways in the United States. The three major alignments were the Lower Post Road (now U.S. Route 1 along the coast), the Upper Post Road (now US 5 and US 20 from New Haven by way of Springfield, Massachusetts), and the Middle Post Road (which diverged from the Upper Road in Hartford and ran northeastward to Boston through Pomfret). It’s this Middle Post Road that still exists in Eastford, but is generally Route 6 elsewhere.

If you’re thinking about those stone markers you see here and there that you’ve heard had something to do with mileage markers and post offices back in the day? You’re thinking correctly – the Post Road is also famous for (literal) milestones from the 18th century, many of which survive to this day. 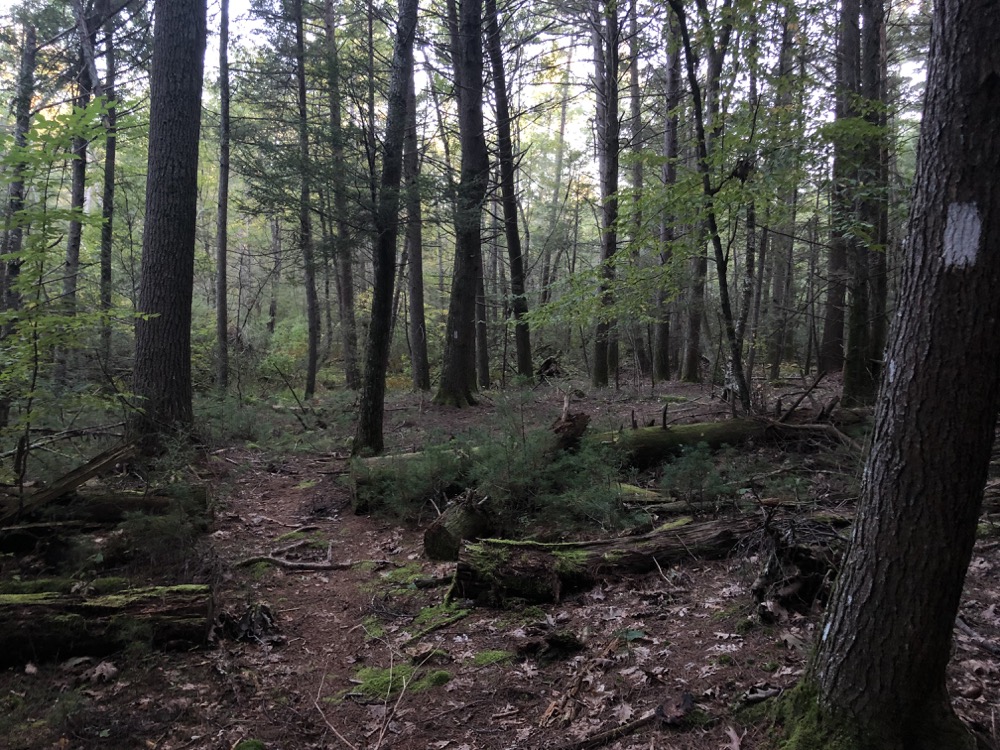 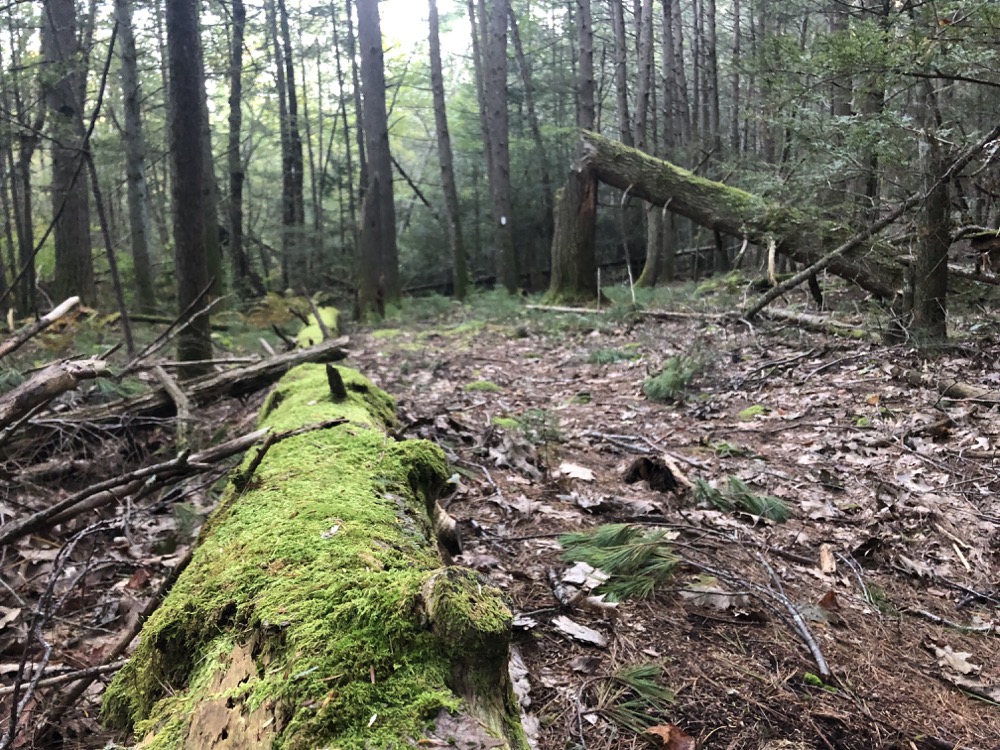 As the name implies, an important function of these roads was to carry the mail. These roads also gave farmers a way to get their goods to markets and were also important for moving troops during colonial wars and the American Revolution. In order to raise money to pay for the upkeep of the road, the newly formed states allowed towns to charge tolls on their portions of the Post Road. The roads then became known as “turnpikes” because of the turnstiles where travelers had to pay a toll before passing.

I parked off the shoulder of route 198 near John Perry Road. While this served me fine, the more official parking area is along Old Colony Road in the Natchaug State Forest. I hiked the loop clockwise, beginning in the deeply forested area paralleling the main road. A marsh, old stone walls, and a surprisingly well-trodden path took me across a stream, near a field, and ultimately up to the actual colonial Boston Turnpike. 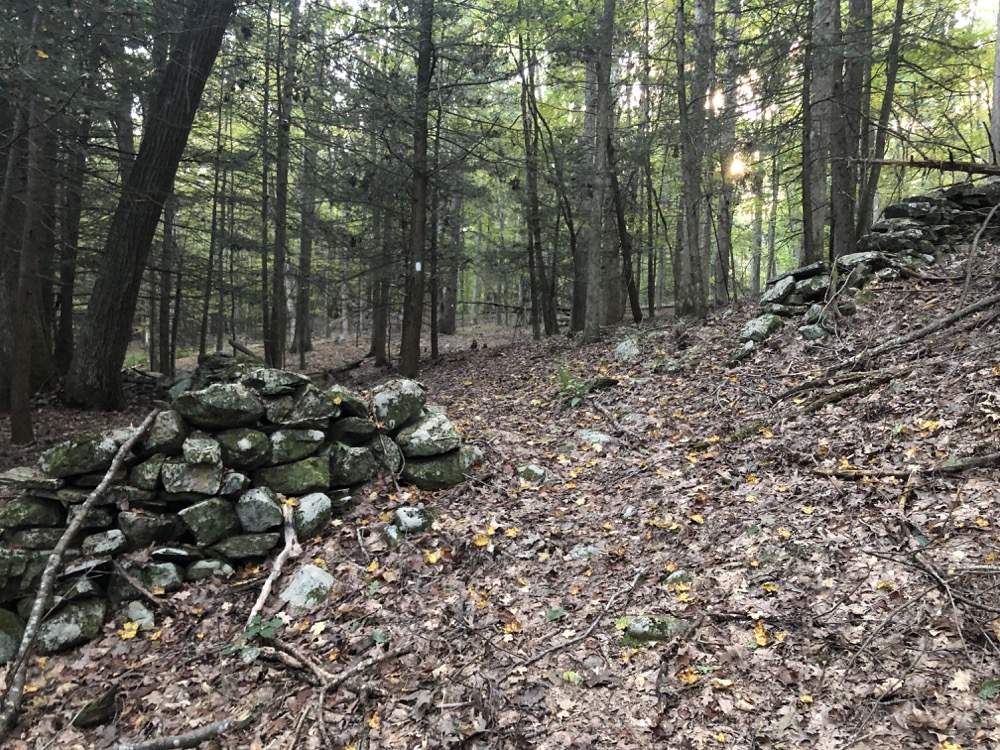 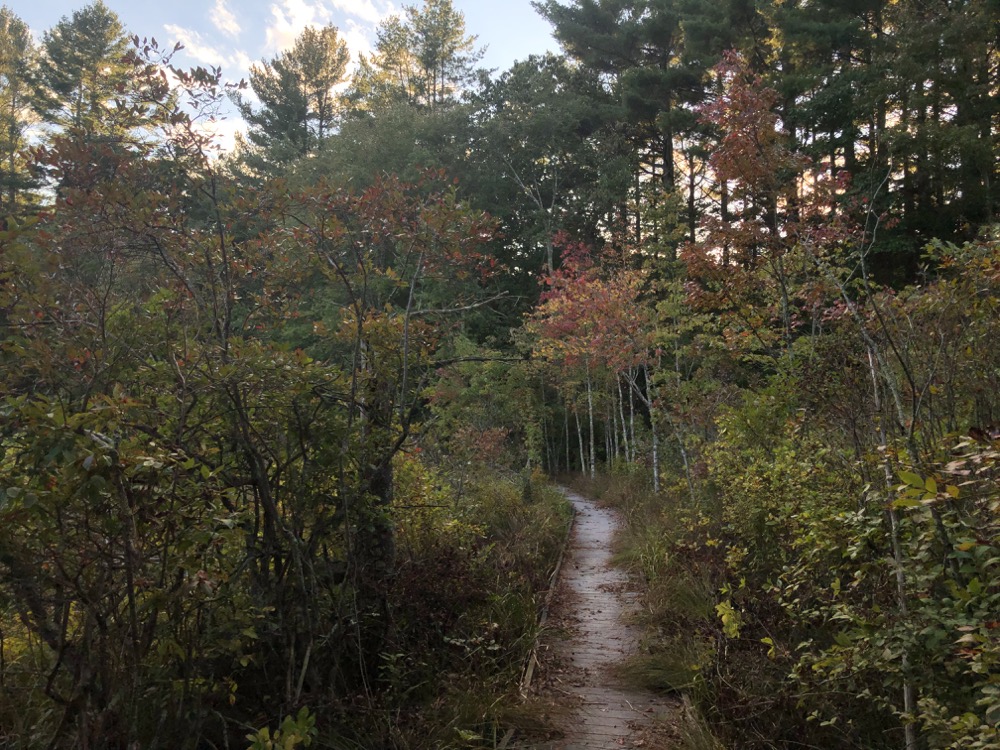 There, I walked left out towards Old Colony Road. I didn’t do this simply to “walk every inch,” but rather because the Eastford Conservation Commission made the effort to build a boardwalk across a marsh and also to plop an old bench along the trail to… I don’t know? Enjoy staring at some tall grasses and trees five feet away?

Okay, that’s not fair. When this trail was completed in 2006, I’m sure this bench provided a nice view across the pond. In 2021, however, it’s just kind of funny as it sits. The boardwalk is nice and the pond view from is was worth the extra 10 minute out and back walk for me. There’s a nice sign at the trailhead here explaining all of the above about the history of the road and local ecosystem. 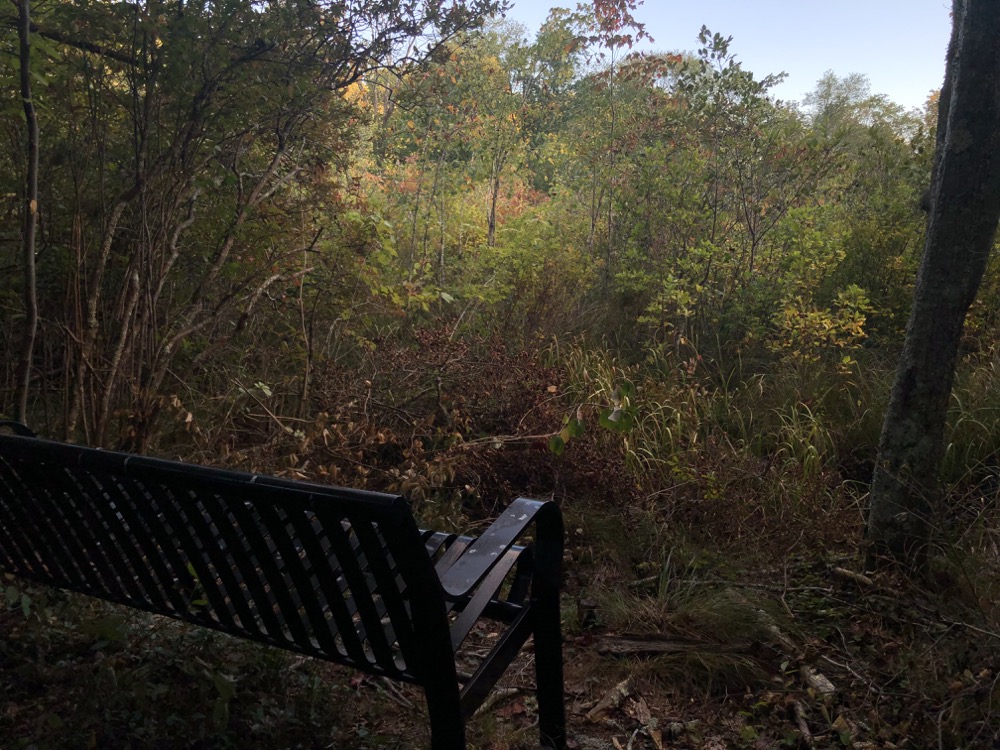 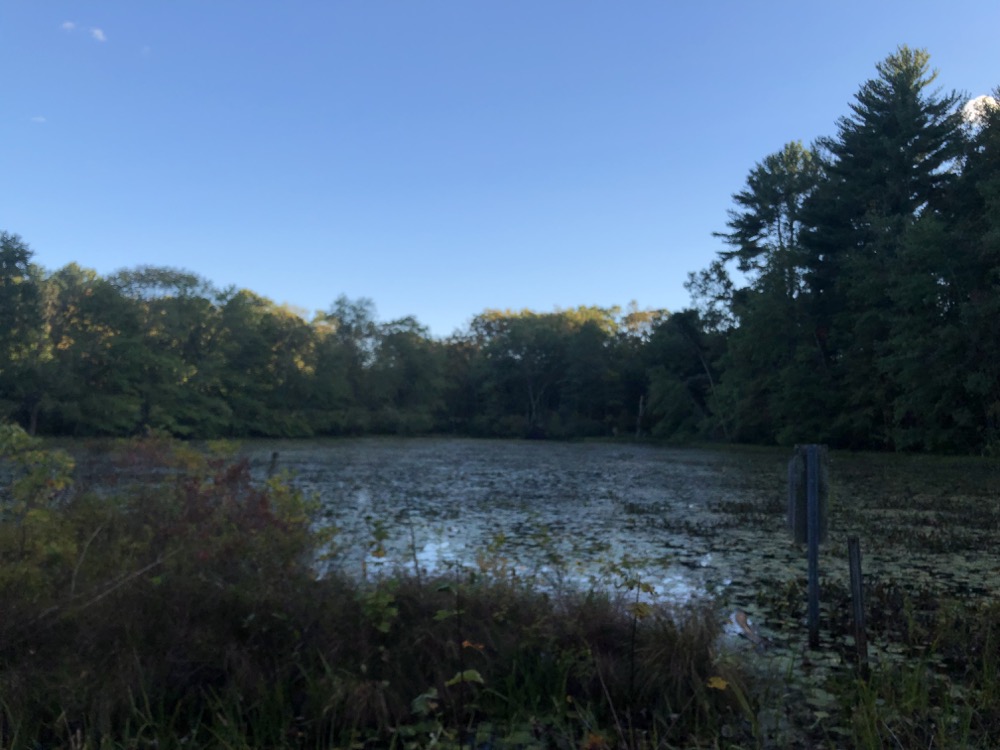 I then walked the straight original road across the top of the property. At some places along the Post Road, the original shape of it could be discerned; with a crown at the center. Stone walls, presumably hundreds of years old, lined the path in places. A farm field is just to the north, with thick woods to the south. It’s really cool walking along here, imagining this is just how it looked 300 years ago. An actual “walk through history,” as it were.

After about half a mile on the road, which is really just a regular-seeming trail these days, the white-blazed loop trail took me back down the hill to my car. Not the longest hike, not the most challenging, and certainly not the most beautiful, but it’s unique and interesting in its own way. All I had left to do was drive the forever-long Windham County roads to get back home. 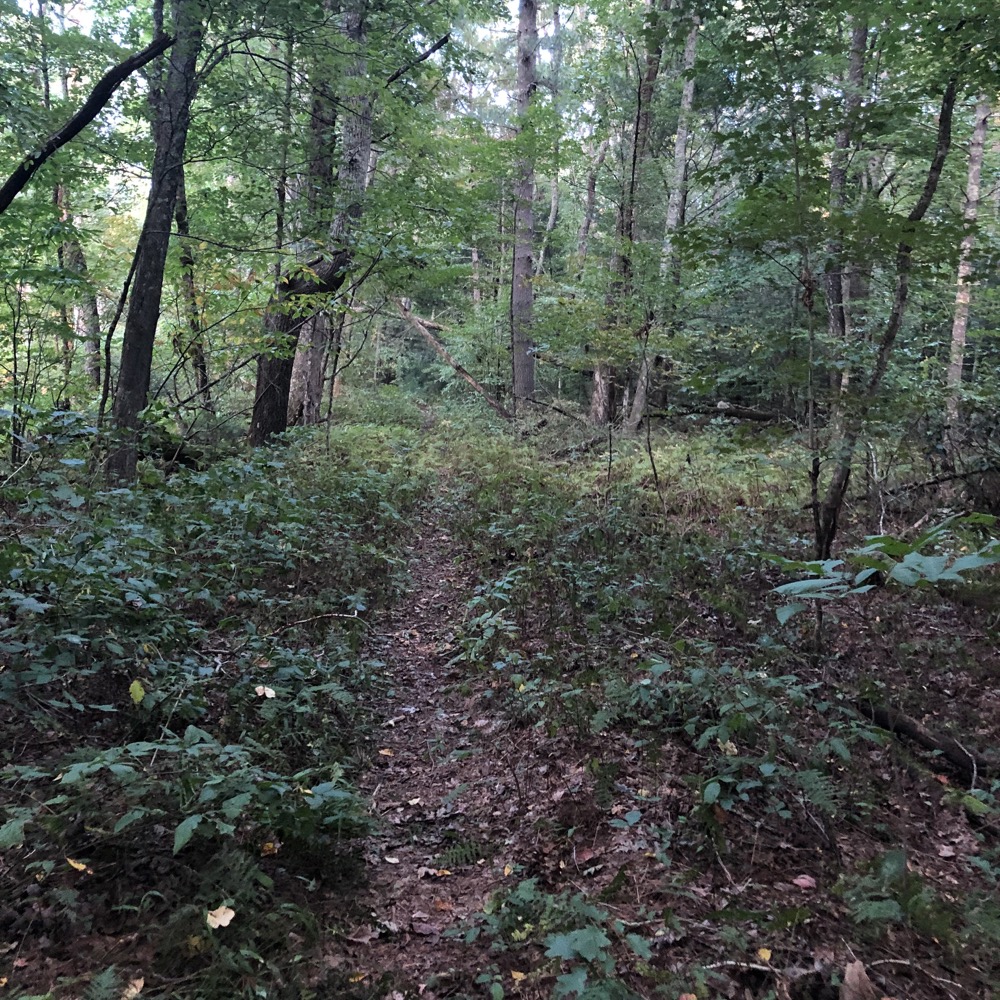 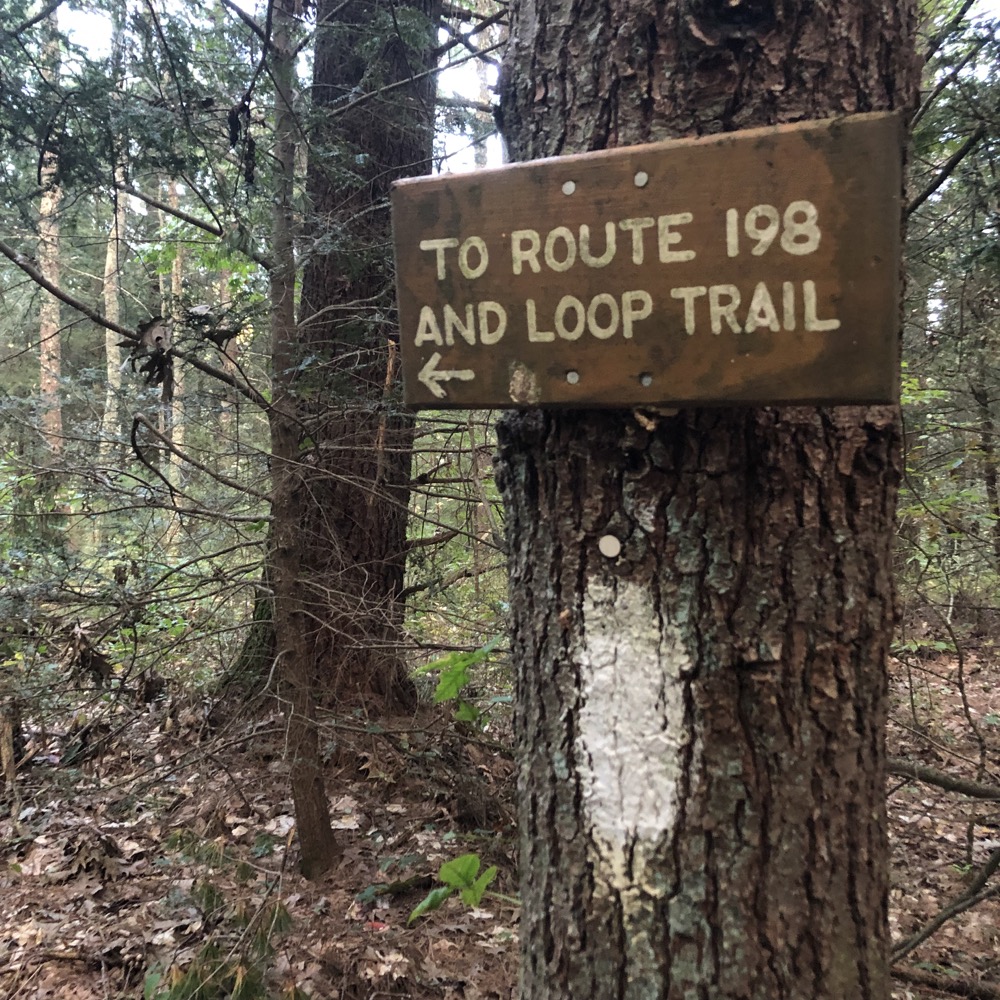