The Natchaug has been a state forest for over 100 years. That’s pretty cool. Who knows… if not for that designation, the towns of Eastford and Ashford and Hampton and Chaplin and Pomfret may be bustling megacities by now. 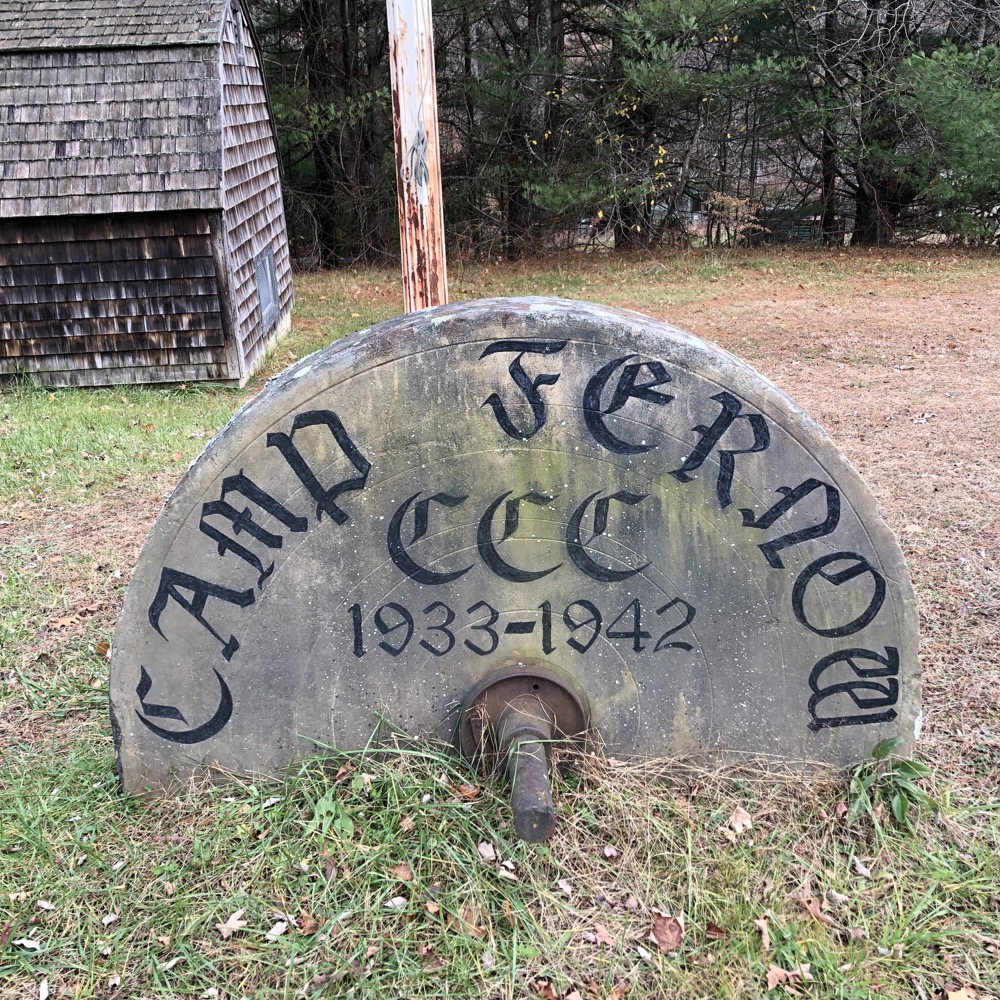 No? You mean you’re not even sure where any of those five towns even are? Sigh. The Quiet Corner, y’all! And it’s time to start shouting about it, because it’s a beautiful area of the state.

The name Natchaug means “land between the rivers” and refers to the land at the junction of the Bigelow and Still Rivers which join to form the Natchaug River. The section of the forest the trails this page describes took me very near the mighty Natchaug – and right to its shore at one point. 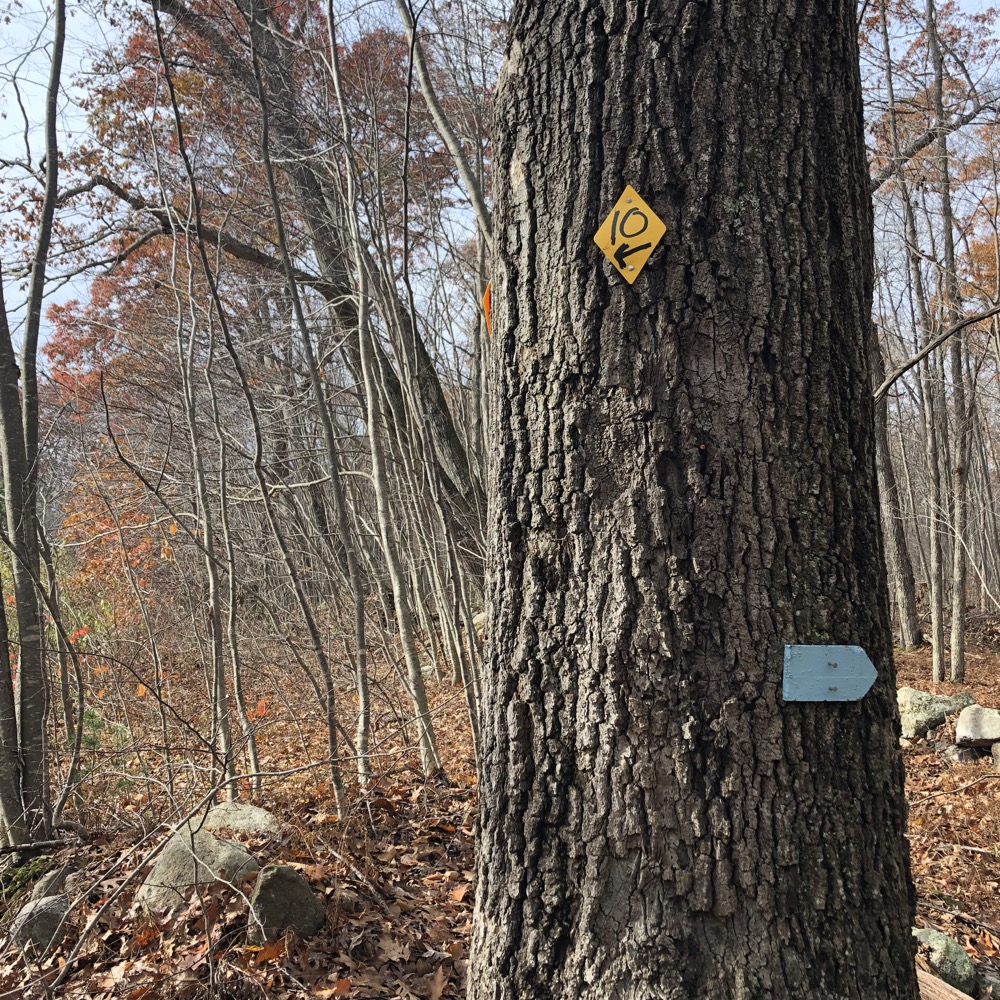 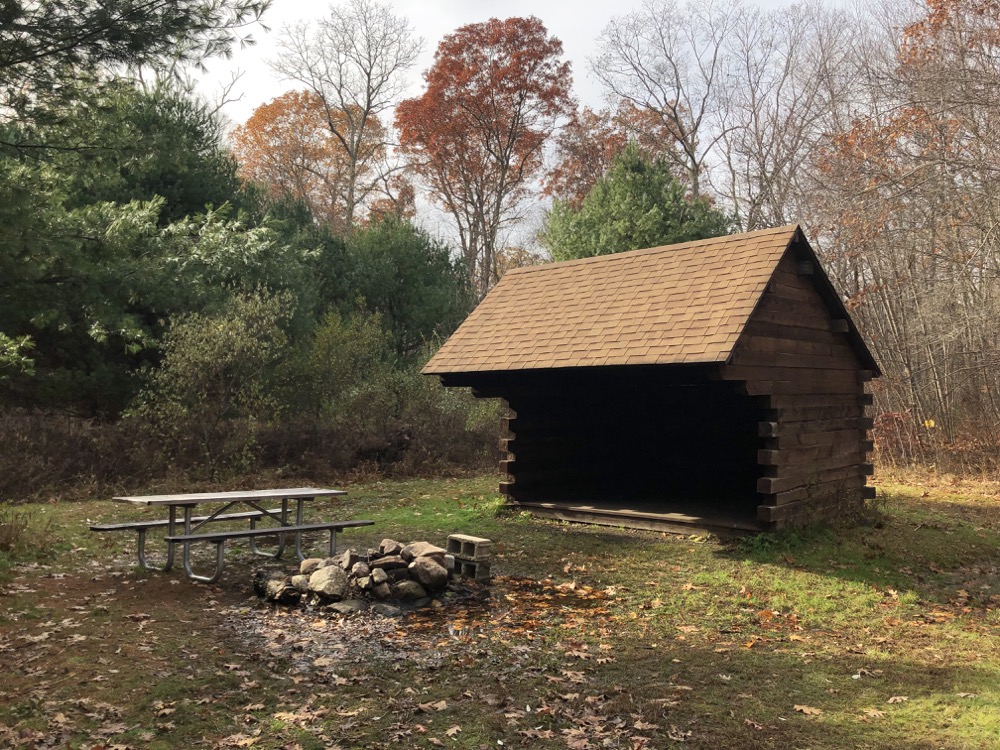 These are the trails and woods roads that splinter off the CFPA’s Natchaug Trail and course down towards the Goodwin State Forest in Hampton. The Air Line Trail takes cyclists and joggers near here. And Connecticut’s smallest state park sits in the middle of all this.

I parked at that state park – Nathanial Lyon State Park – to explore the area. Or rather, to explore the area I hadn’t previously explored. I had been to the Lyon Monument/park at least twice before, and had hiked the section of the Natchaug Trail that runs the length of this Natchaug State Forest block as well. 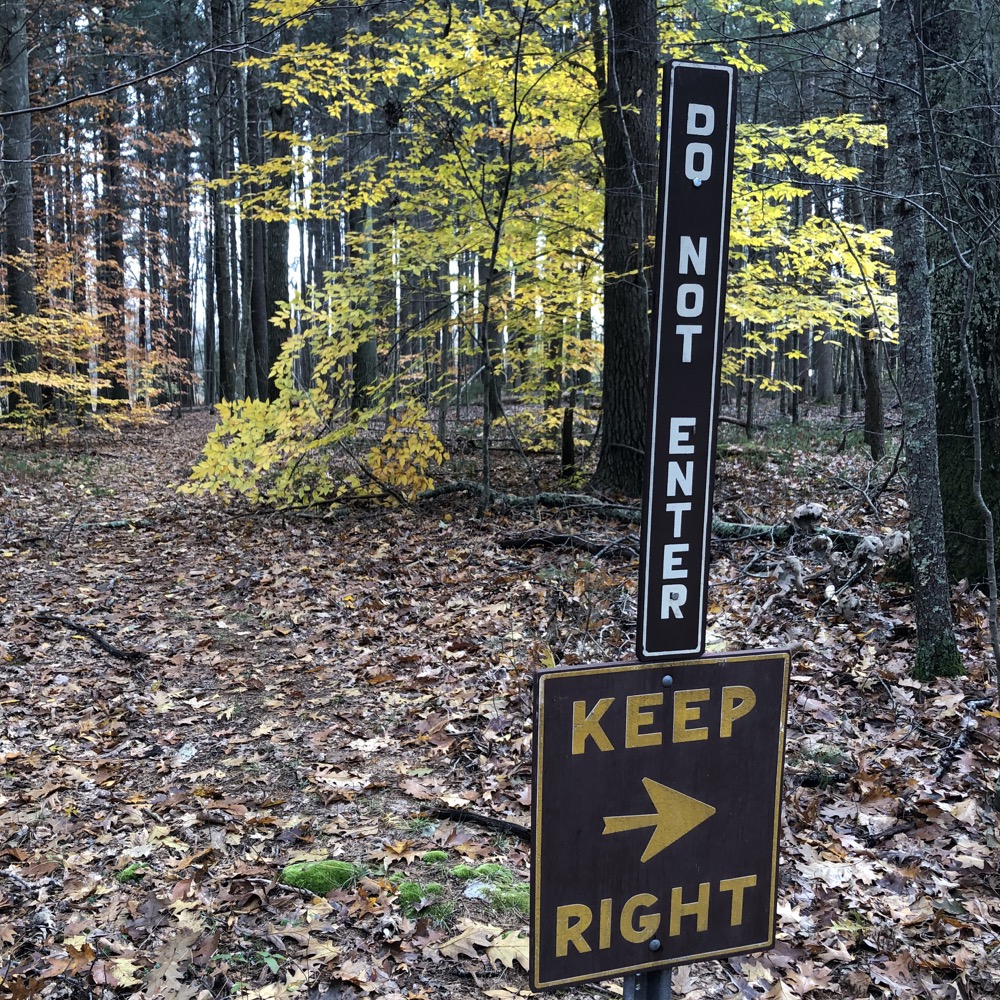 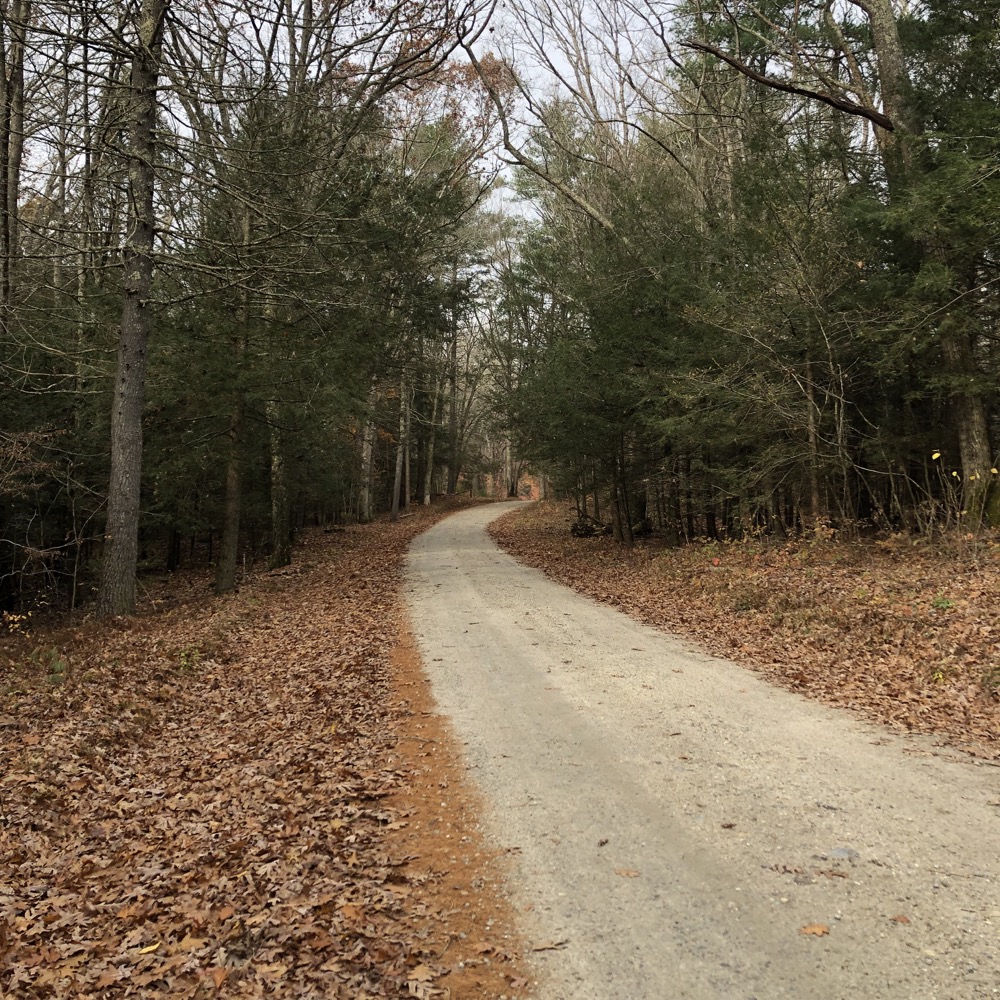 The Lyon Monument will always be interesting to me; Nathaniel Lyon was the first Union general to be killed in the American Civil War. That’s pretty much it. The state park is a circular drive around the chimney of his former home and maybe half an acre? I don’t know, but you should read about him here.

A few minutes west of the memorial is a state designated campsite! You may not know how rare these things are. It is one shelter and a firepit, but that’s more than enough. A person can “thru-hike” the 19 mile Natchaug Trail and legally sleep here. That’s pretty cool. 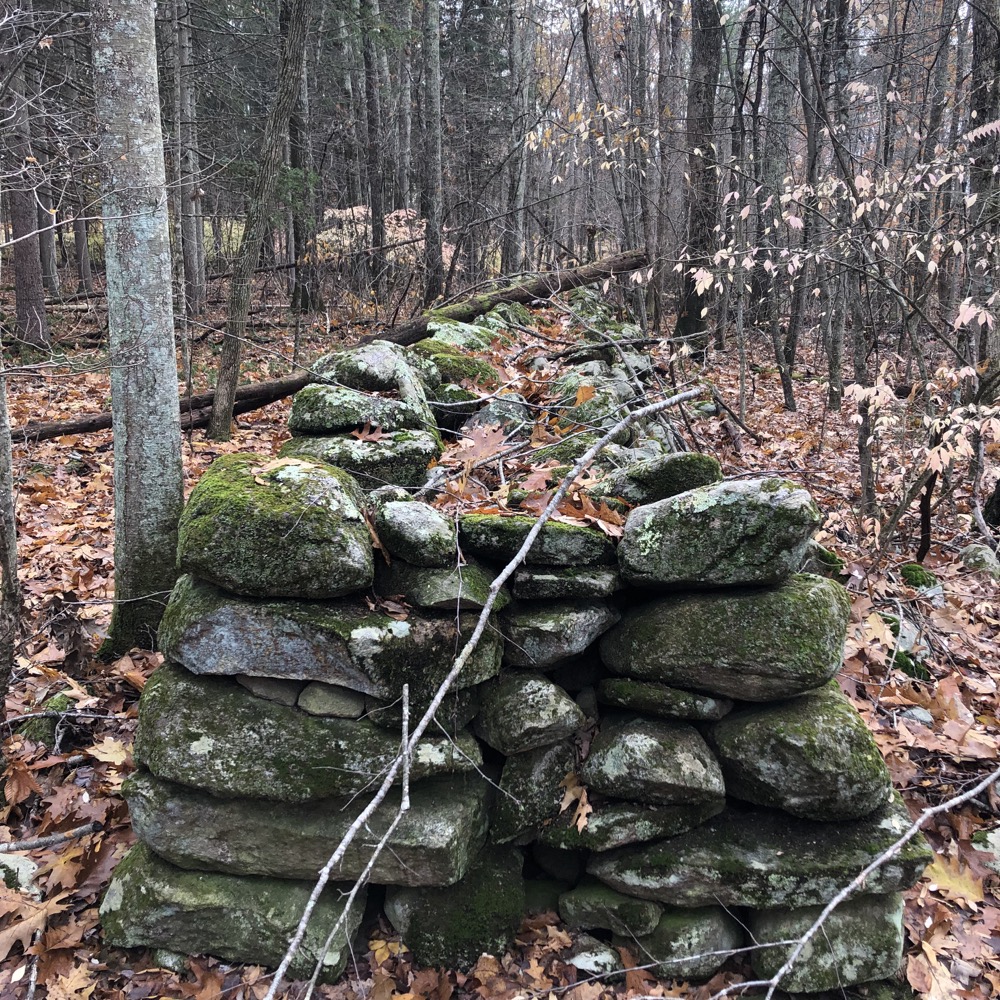 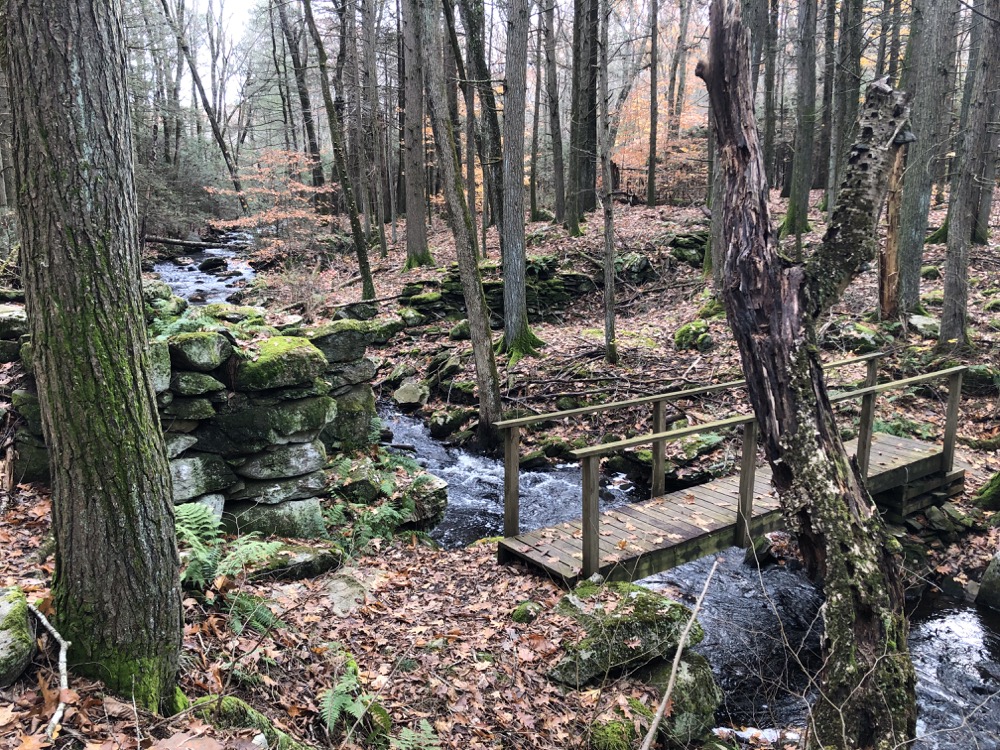 If you do plan to check out these woods, you will need a map. Sure, the blue-blazed Natchaug is simple enough to follow, but if you plan to use the plethora of horse trails, woods roads, and side trails, you’ll need to remain alert. My plan was to follow an unmarked trail past the shelter to the ranger station, then to hike the entirety of the blue/yellow blazed CCC Trail down to the Natchaug River, and to poke around some of the other trails here and there.

As of late 2021, the DEEP’s forest trail map is incorrect with regards to the CCC Trail. Stick to the CFPA’s online map for such things. 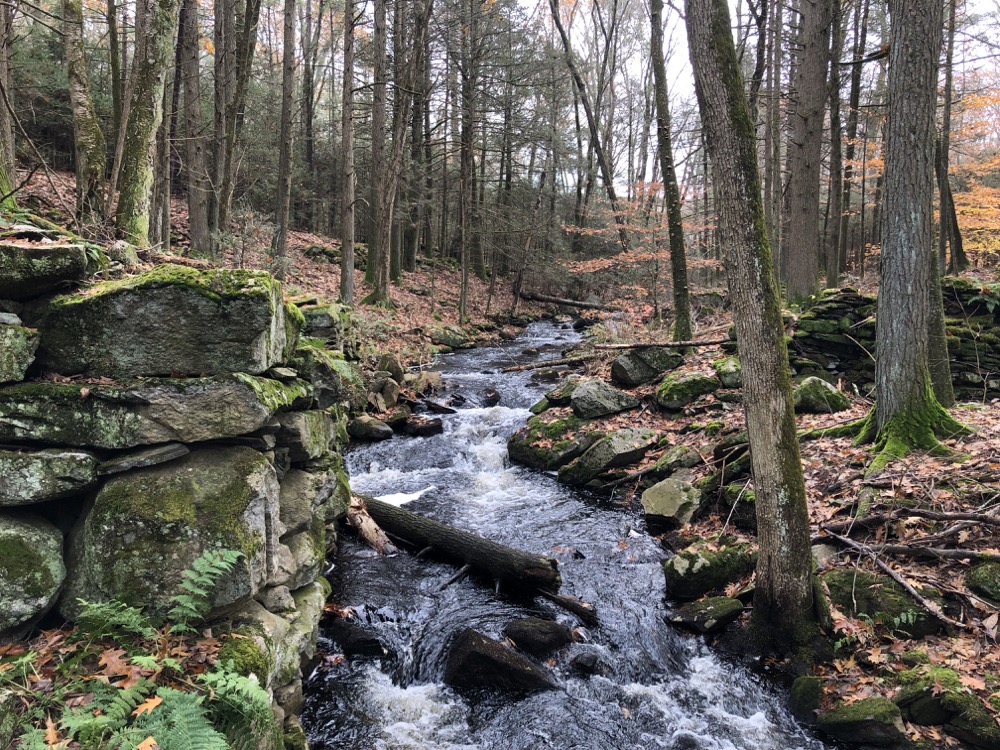 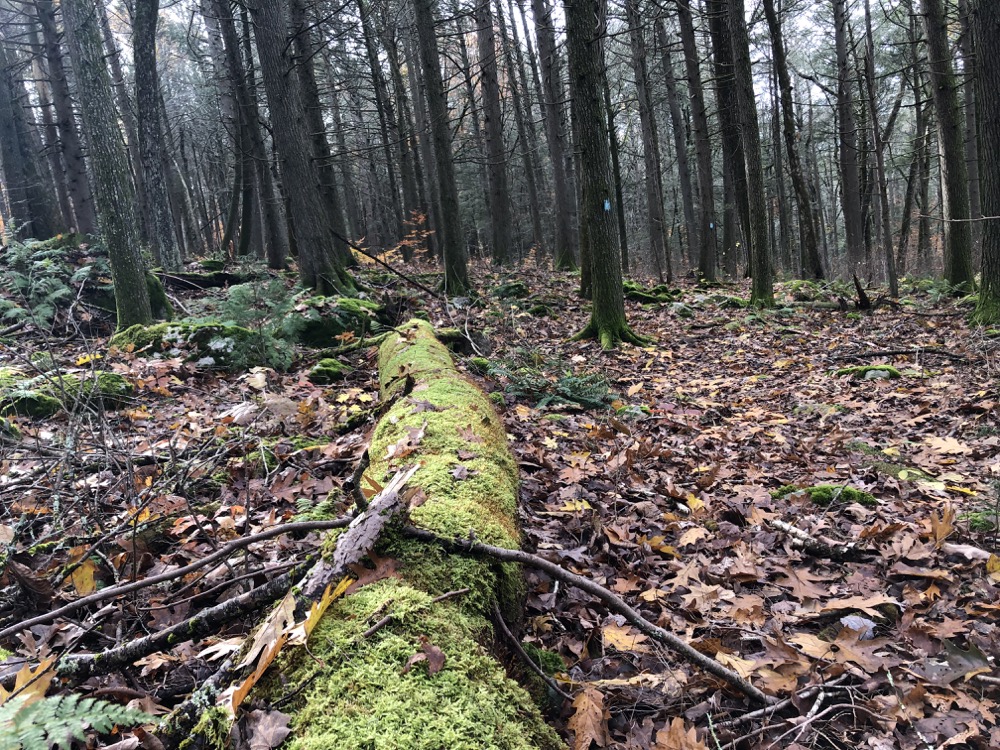 This part of the forest was home to the Civilian Conservation Corps (CCC)’s Camp Fernow. The camp was established June 29, 1933 and was discontinued May 28, 1941. Among other projects, work included: “tree planting, 8 miles of truck trails, improvements to the Forest Ranger’s house, and construction of the Eastern District sawmill, a sawdust and plainer shed, a warehouse, a machine shop, and the 3 lumber sheds that supplied the entire eastern half of Connecticut.”

If you drive (or hike) along Kingsbury Road in Eastford, you’ll drive through the camp. Granted, most of it is updated for DEEP use now, but the Natchaug Forest Lumber Shed is one of the only surviving buildings (of a large number) built by the CCC in the forest. The complex as it stands today, on a dirt road in the middle of the forest, really retains the look and feel of the 1930’s. 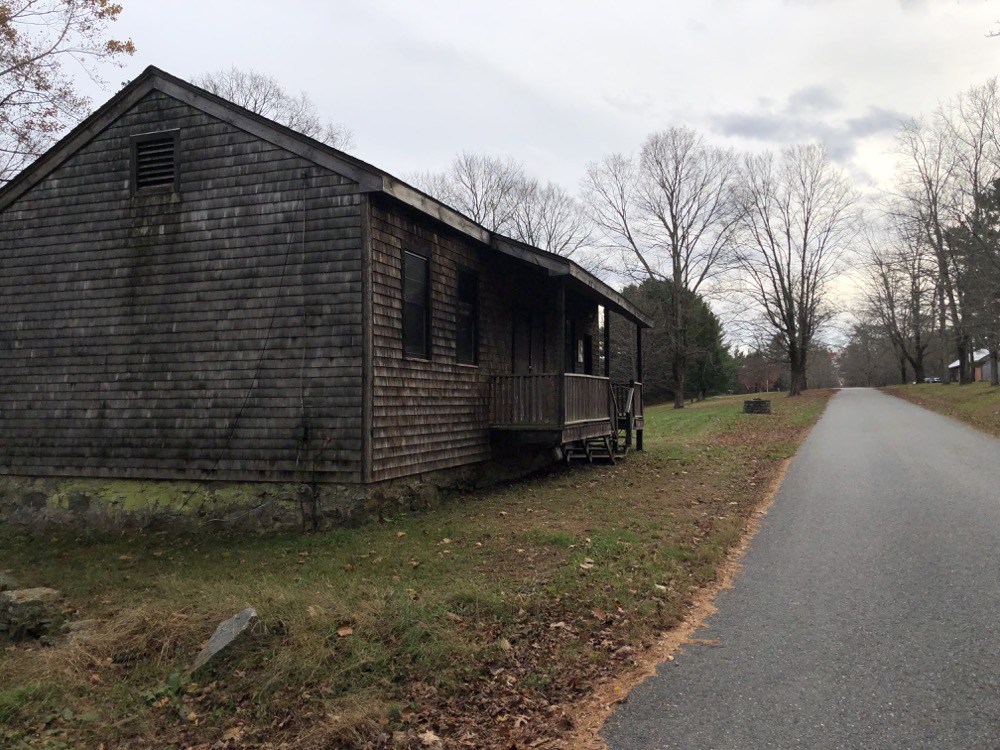 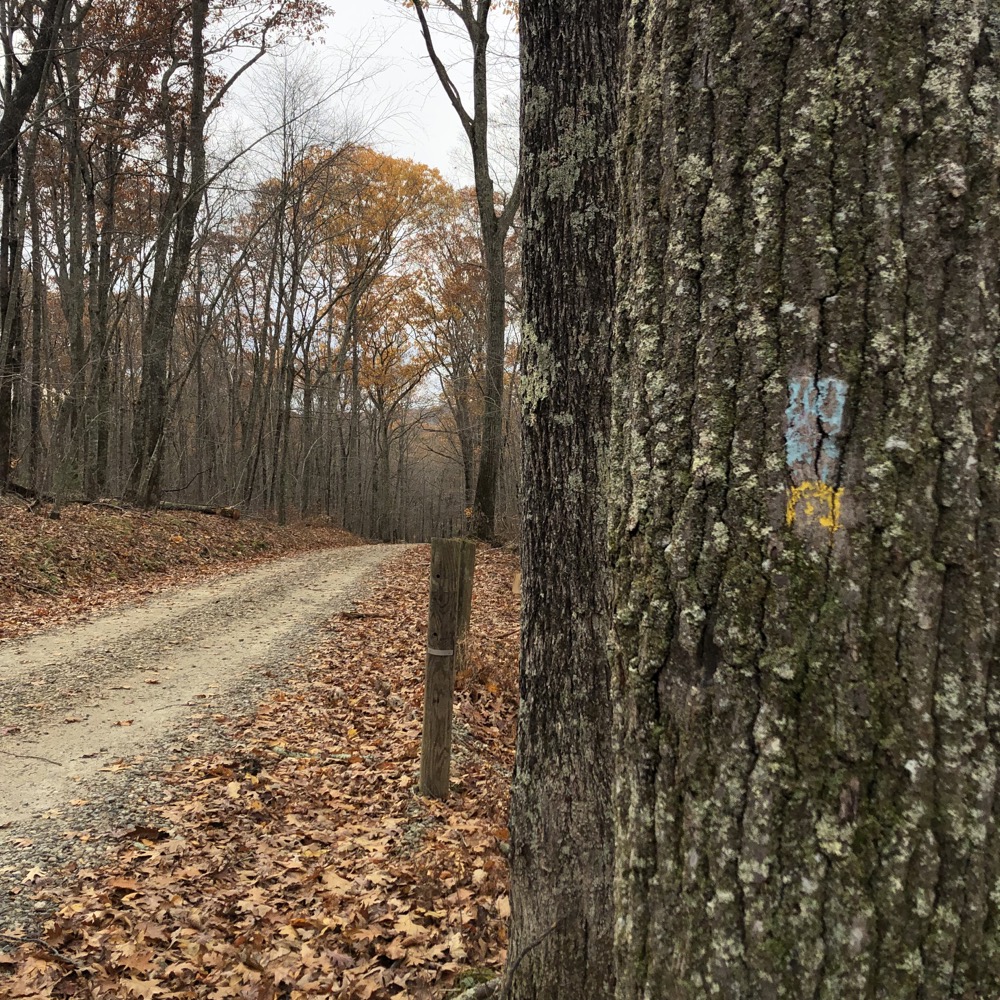 Ok, back to the walk. I planned to do a big loop; first along the “multi-use” trails from the hiker shelter to the Ranger Station to the Natchaug Trail to the CCC Trail and loop back around ultimately to my car at the Lyon Monument. Simple enough.

By the way, people, stop with the winged euonymous (aka burning bush). Yes, it looks pretty for a couple weeks every November for a couple years, but it is an invasive that is taking over our forests. Walking through a tunnel of the stuff gave me an ethereal feeling, but it mostly bummed me out as this was literally right behind a large DEEP presence. 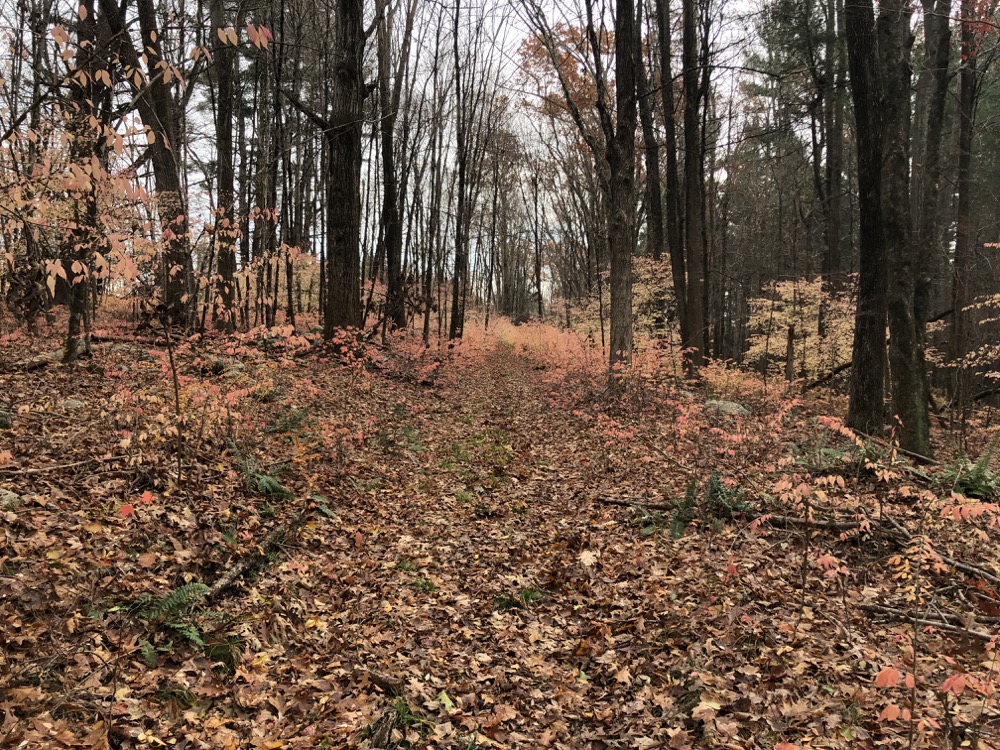 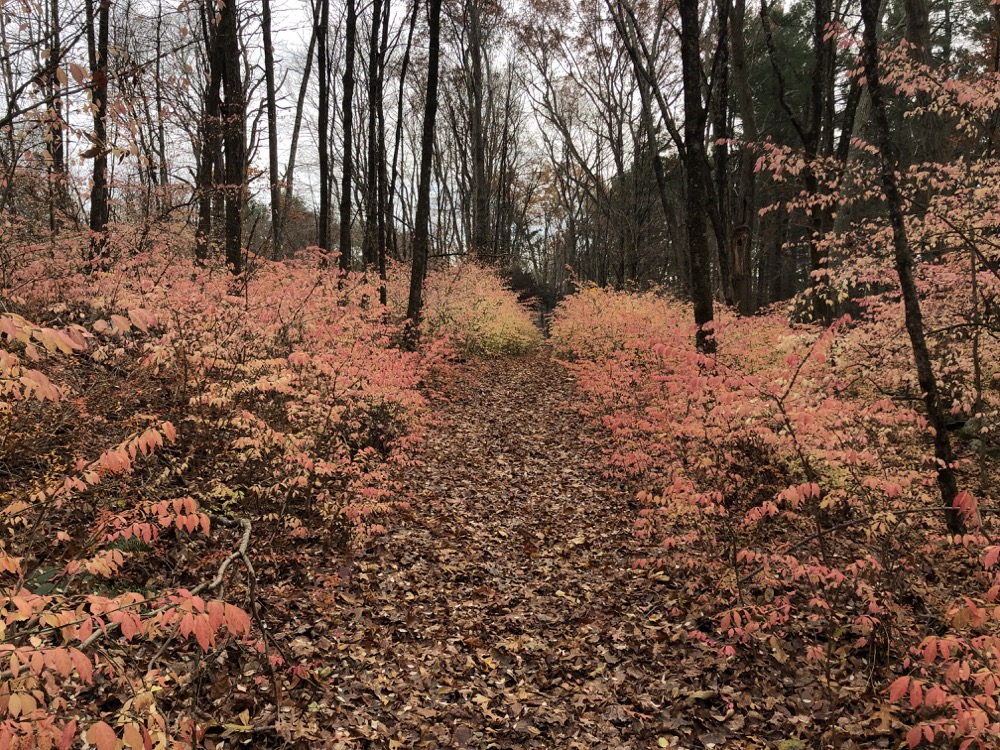 Sigh. After a short walk down Kingsbury Road, I hopped on to the Natchaug Trail. It’s always a little surprising to me how different a trail can look when simply hiking it the opposite way. Granted, for any out and back trail I hike alone, I do this all the time. But walking down the Natchaug along Beaver Brook here just seemed… different to me somehow.

It’s a really pretty section of the trail and requires your attention, and there are many sharp and wet rocks along the way. I spent a while on the ol’ Natchaug… away from Beaver Brook, up the hill, along the hill, across the dirt road, and then finally met up with the CCC Trail. 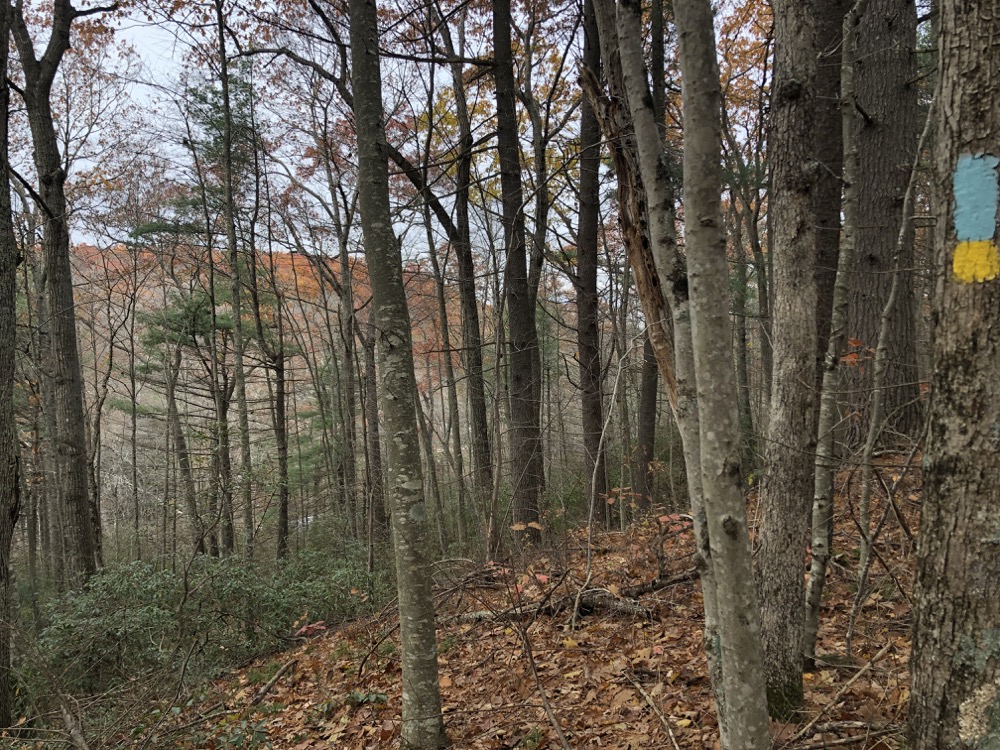 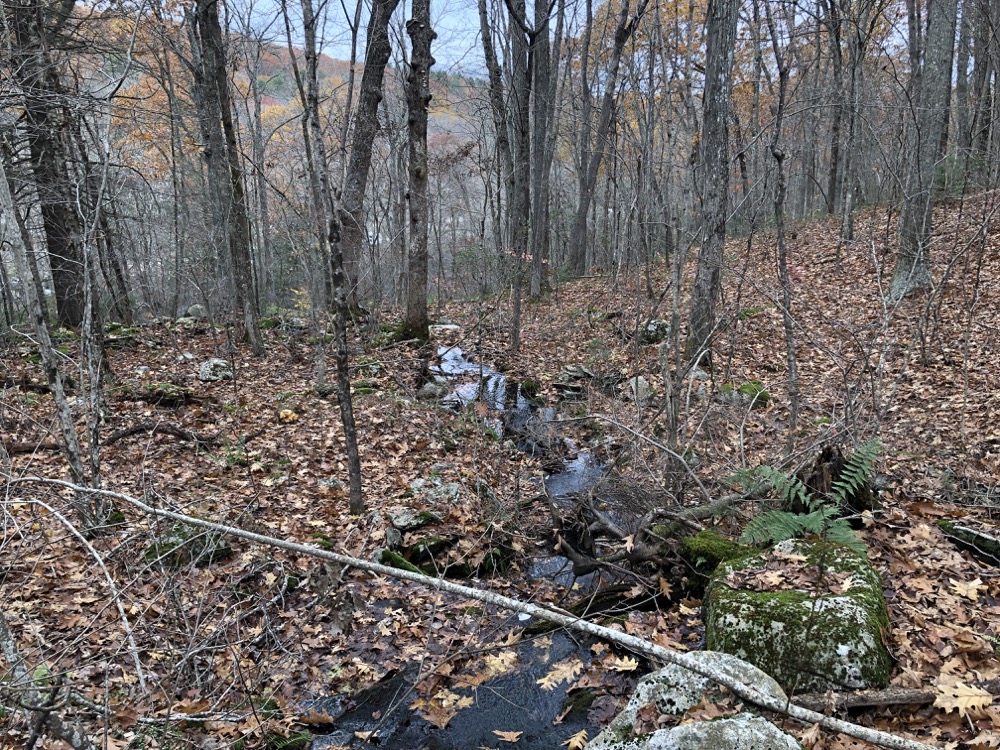 Down, down, down the hill, charging towards the river. (Okay, it’s really not that big of a hill.) Once near the Natchaug River, the CCC trail follows it for over a mile to the point where it meets the Natchaug Trail again. For you Quiet Corner town fans, it may interest you to know that I was in Hampton when I left the Natchaug, in Chaplin when I neared the river, and in Eastford for about five minutes after turning north.

And for CTMQ neuroses fans, these five to ten minutes here in Hampton and Chaplin were “required” for me to “complete” those towns. I know you don’t care, and you shouldn’t care, but I just wanted to give you a peek into what drives me and what some of my self-imposed rules are. 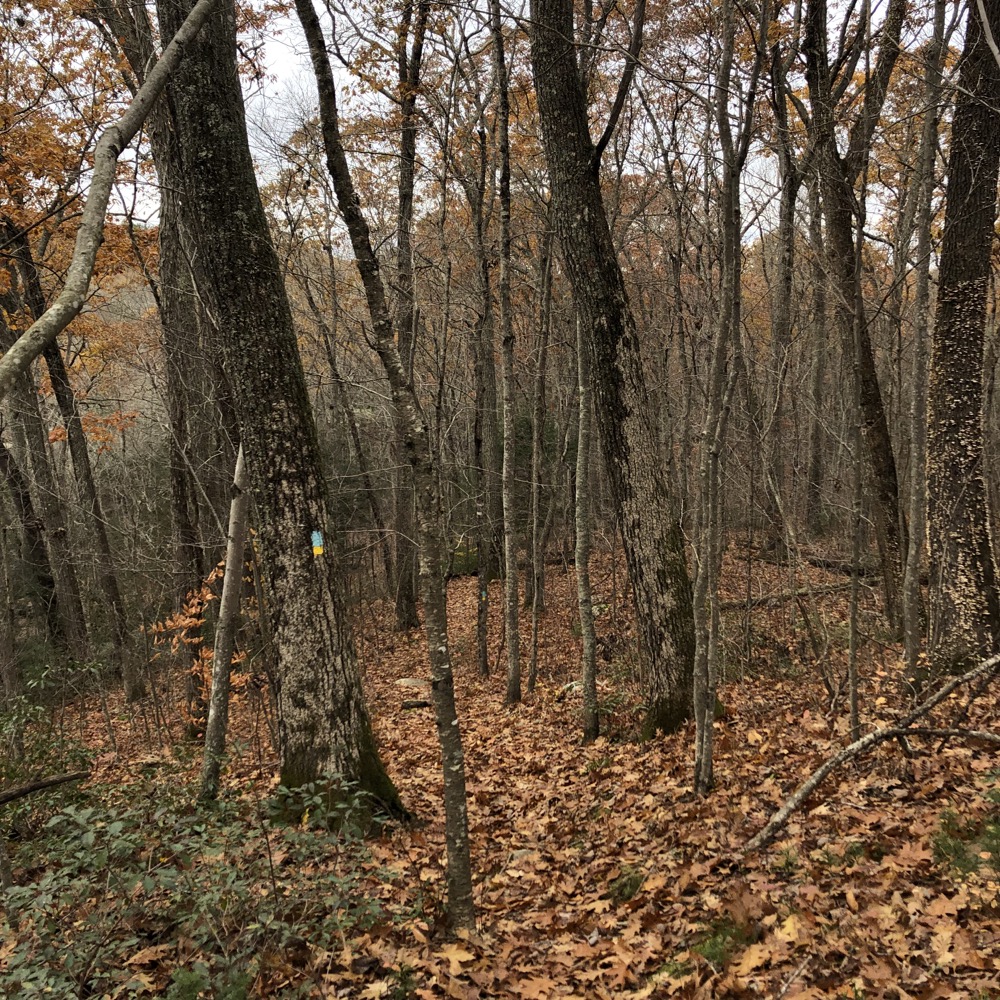 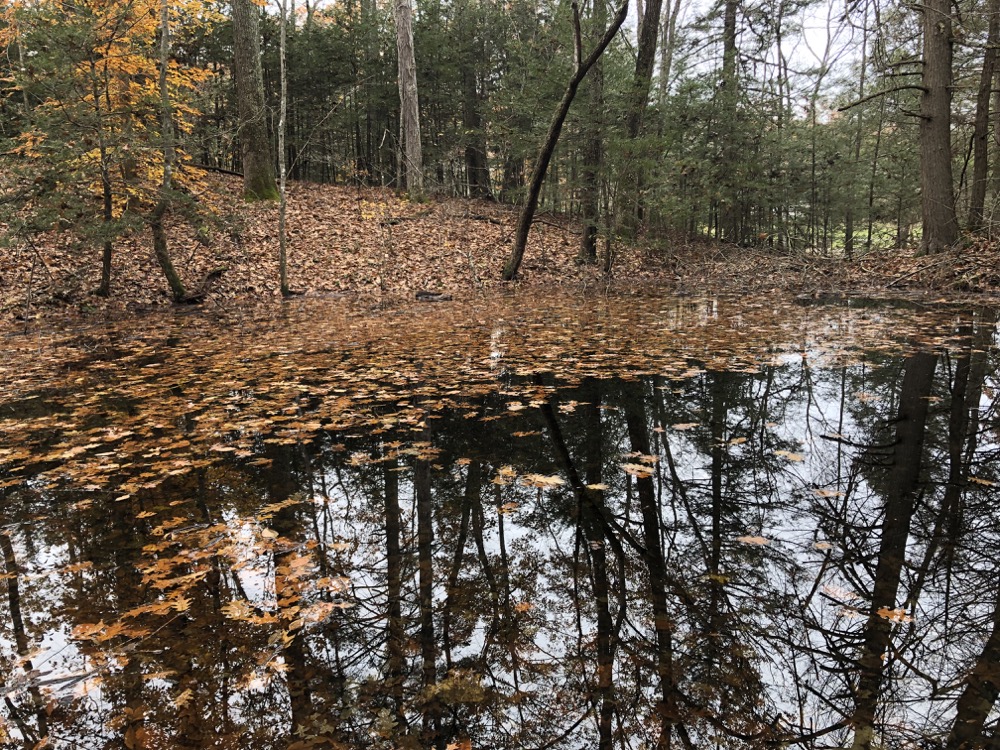 The walk north near the Natchaug River is nice. For the first half, I spent most of the time up on a ride above the river. One turn down towards it was interesting in that I found myself across from Nickerson Park Family Campground. (This stretch of river – and Route 198 – is quite popular for family campgrounds, as both Charlie Brown and Peppertree Campgrounds are near here as well.)

I imagine in the summer CCC Trail hikers often say hello to Nickerson campers across the river, probably surprising both. After seeing the campers, there’s a rogue unmarked trail that heads straight up the hill to Beaverdam Brook and the Natchaug again, if you’re so inclined. 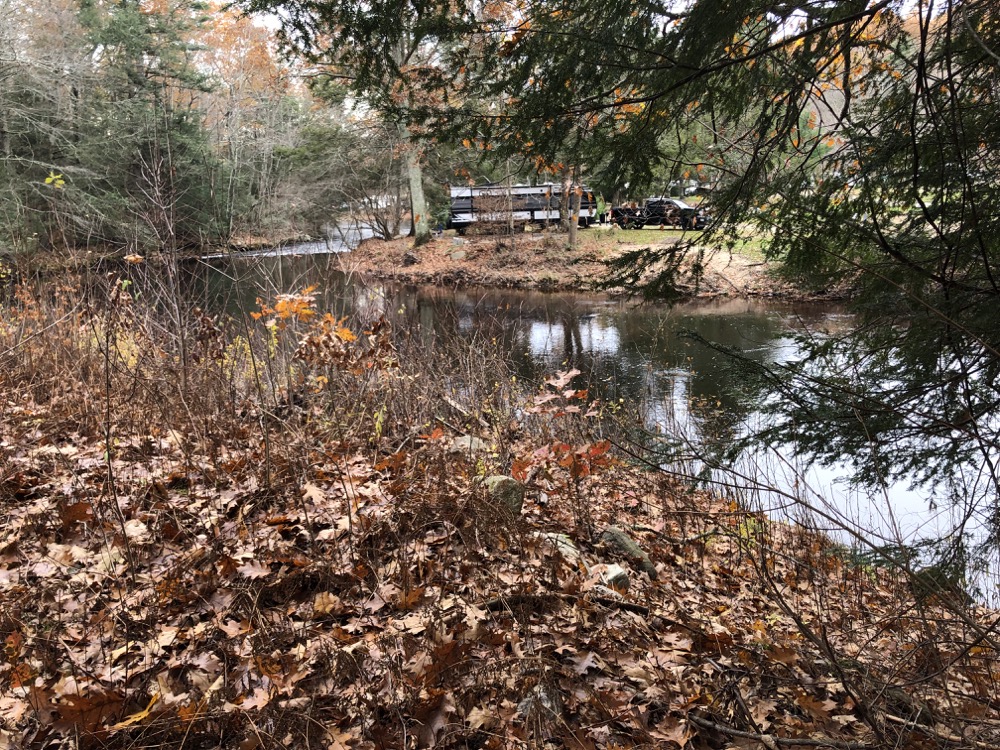 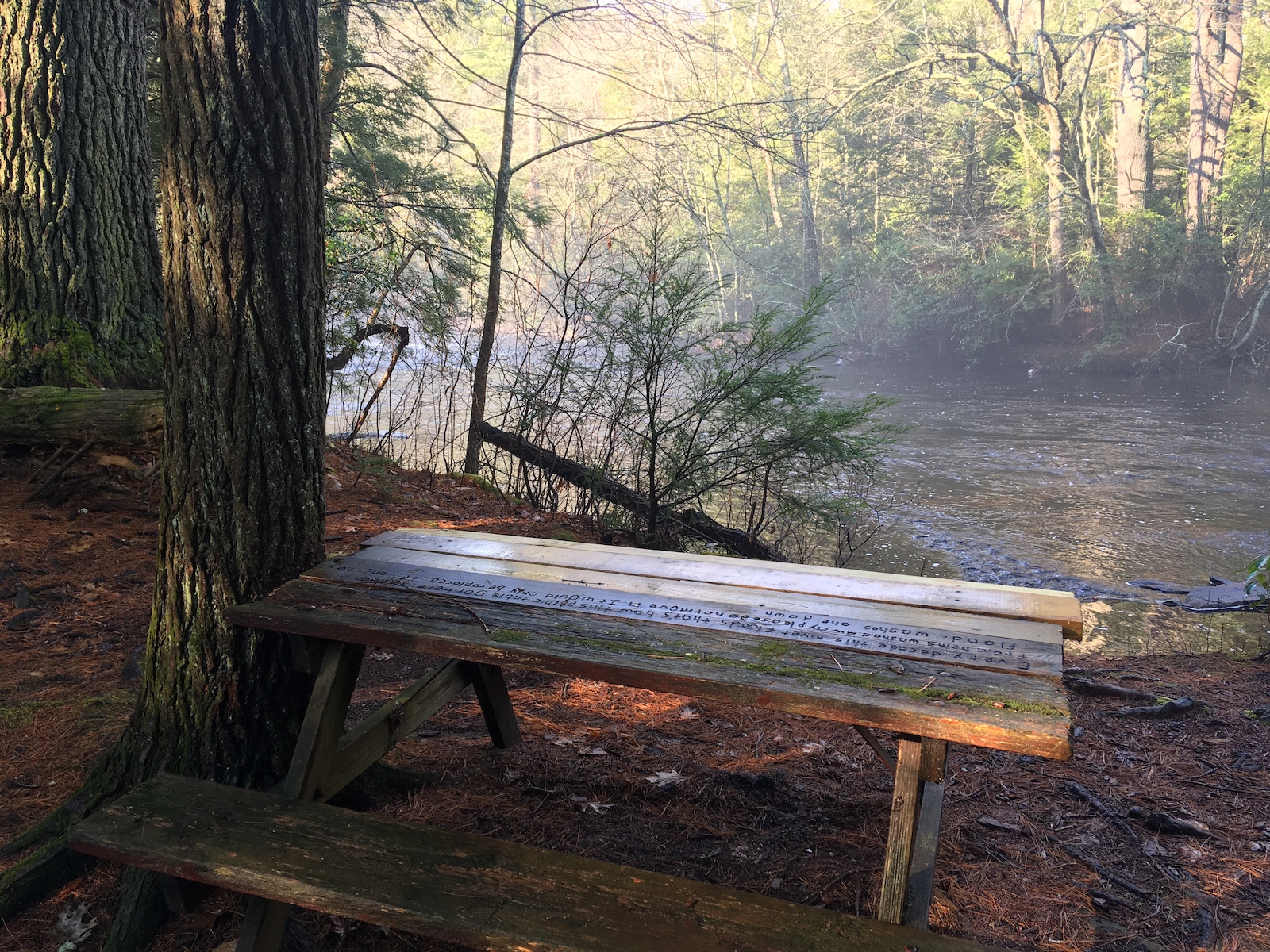 Continuing north along the CCC Trail, there are more stretches along the riverside and it’s very pretty. I imagine parts of the trail are underwater at times, cementing its “side-trail” status. But I remember remarking to myself years prior on the Natchaug Trail that these rivers up here are very pretty and “feel” very remote.

The campgrounds take away some of that remoteness, which is kind of funny since I’m talking about Eastford. Everything in Eastford is remote. After a while, the trail joins a woods road before hitting the Natchaug Trail and heading back up that same long hill towards the Lyon Monument and my car. 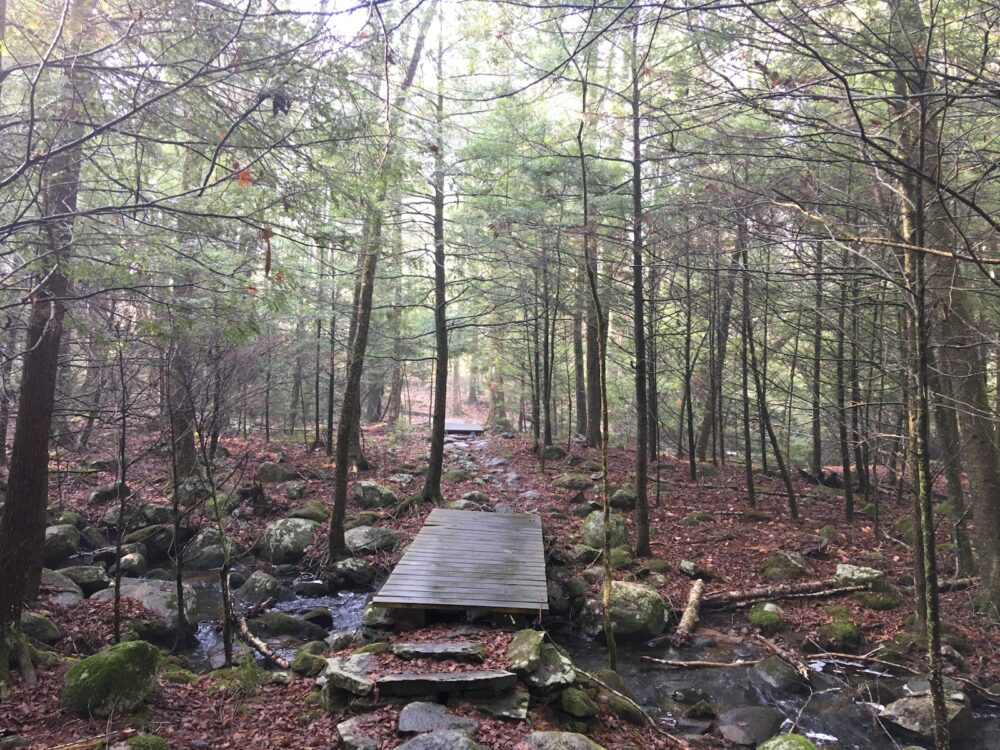 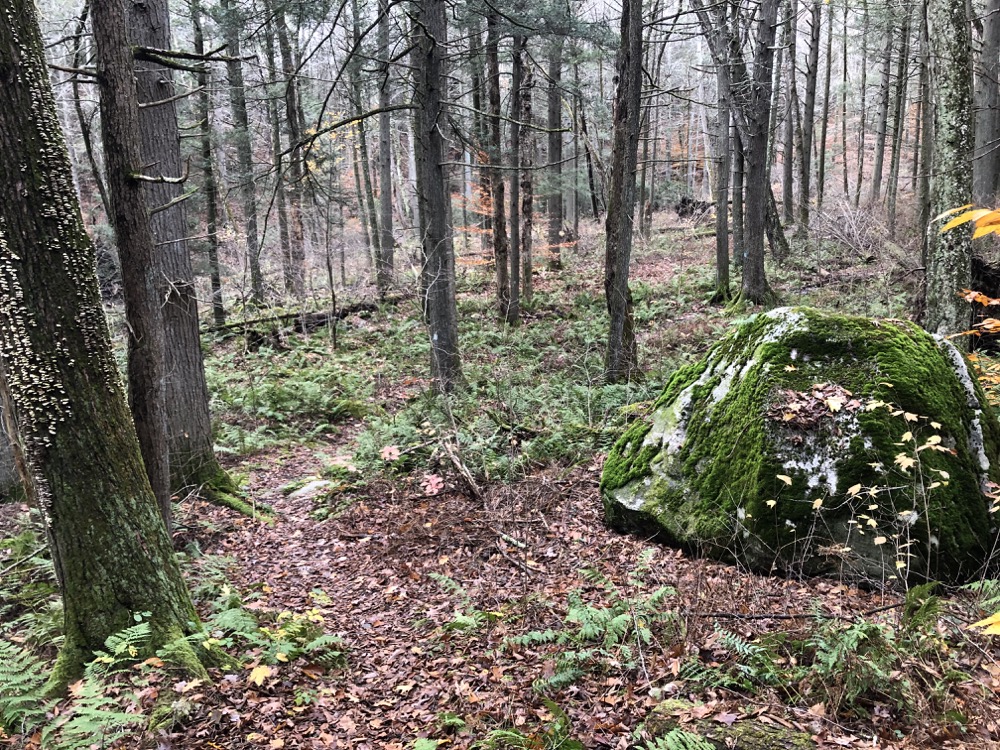 I recall thinking years ago when I walked this area that I’d “have to” return for the CCC Trail. (Not just for my “completion OCD,” by the way, as it’s also “required” for any sort of CFPA Blue Blaze Trail completion effort.) At that time I was probably like, “Aw man, do I hafta?” but here I am telling you that everyone should do this loop. History, beauty, and a loop trail that takes hikers through a variety of ecosystems. 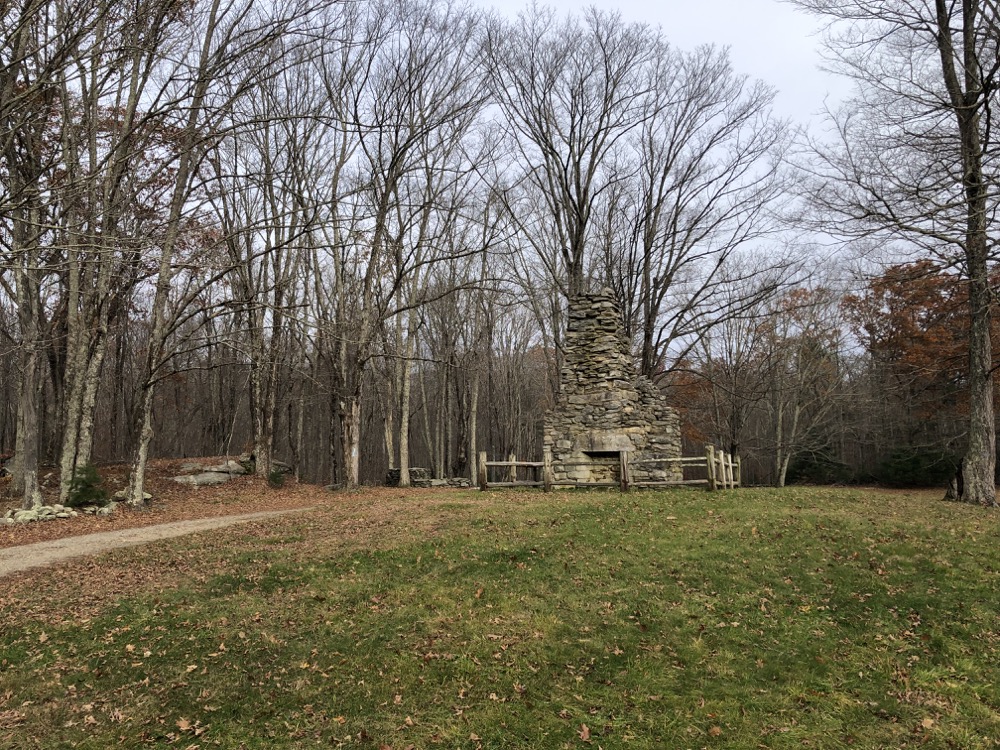 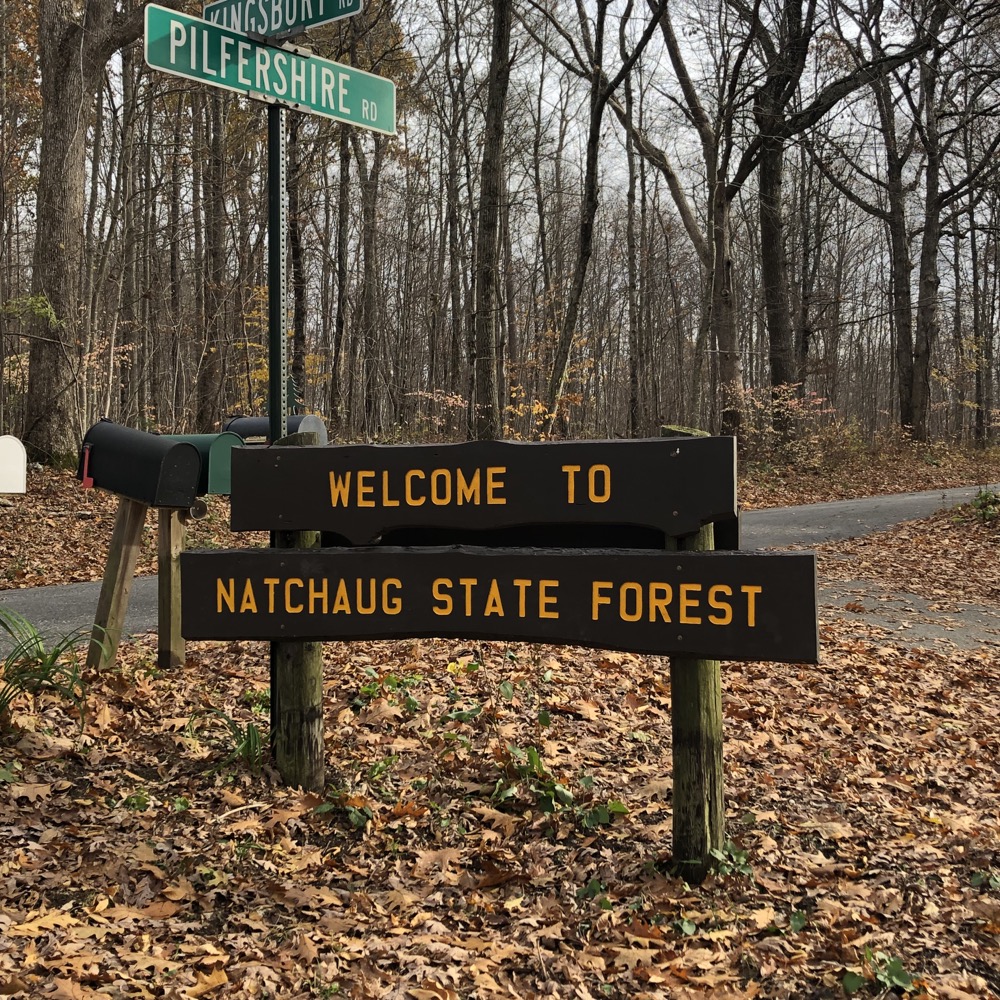