The last public visits to this thing have come and gone. Yale is dismantling the accelerator, as its usefulness has run its course. Oh well, you missed out.

My final stop during the special inauguration day of Yale’s 23rd president took me to the outskirts of campus and up to the Wright physics lab. Yeah, weird, I know. 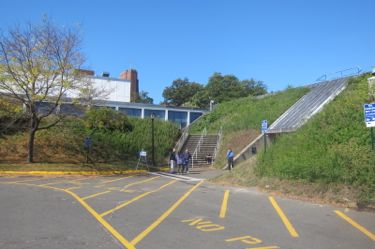 I had planned to go up the never-open Harkness Tower but upon seeing the nearly 2-hour wait to do so, I moved on to plan B. With a bunch of nerds.

I actually learned a lot during the 45 minute tour, led by four different PhD nuclear and/or particle and/or astro-physicists. It was a bit daunting, actually. The most amazing part of it all was the fact that there were about 30 other people joining me for the tour.

A tour of the physics lab. I was here because of the promise that I would, “Look inside the accelerator and learn about dark matter, neutrinos, and nuclear astrophysics.” I guess they meant I would “look inside” the lab, not the giant tandem Van de Graaff accelerator. Oh well.

This was a “world’s most powerful,” and since I have a little section on CTMQ for “world’s mosts,” I figured this would qualify.

Well, maybe. Since I am way under-qualified to give an intelligent reporting of my tour, I’ll make it stupid. Because that’s what I do. 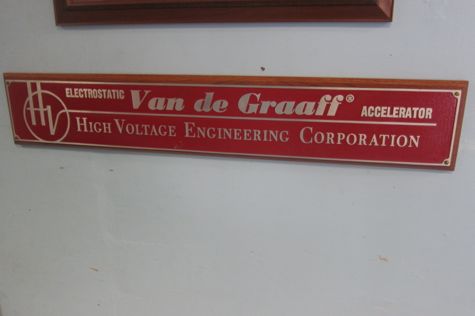 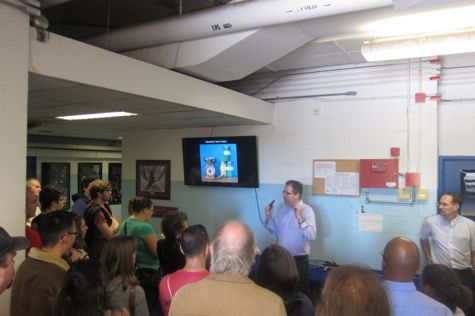 Look at this crowd! Learning about neutrinos and various Yale labs miles underground in South Dakota and Antarctica! 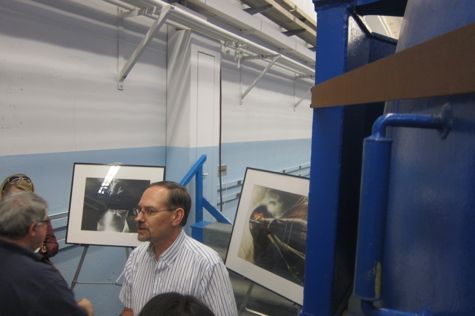 The second super genius physics PhD guy was a good guide. He told us all about the giant machine next to us and how it works and… hey wait a minute! 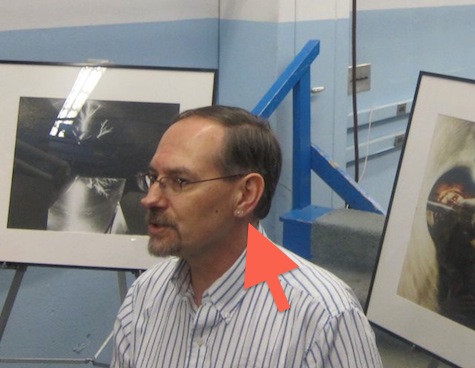 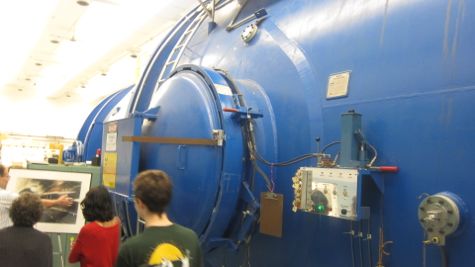 So there it is! The World’s Most Powerful Tandem Van de Graaff Accelerator! So what in the world is this thing all about. It’s actually called the ESTU (Extended Stretched TransUranium) tandem accelerator. According to [a now dead link] about the thing, this is one of the largest operating electrostatic accelerators world-wide.

The accelerator consists of a column made up of five 8 foot long high voltage modules on each side of a large center terminal, insulated with SF6 and contained in a tank 98 feet long and 25 feet in diameter. This structure sustained a D.C. potential of 22.5 MV during commissioning tests, corresponding to the design voltage of 4.5 MV per section. All of the ten accelerator tubes will individually sustain this potential. Beams can be accelerated at terminal potentials of at least 21 MV.

Holy crow! I’m sure that is cRaZy (if I knew what it meant). Designed to incorporate components from the original MP tandem, which operated from 1966 to 1985, the ESTU employs the proven HVEC column and tube designs with an NEC Pelletron charging system and a Vivirad intershield. 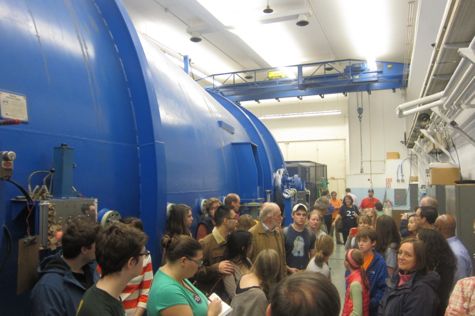 You probably still want to know how this thing works and why it matters. A tandem accelerator like the one pictured here is designed to take advantage of two very basic principles of electromagnetism: like charges repel, and opposite charges attract. The massive piece of equipment is, in principle, just a souped-up version of the van de Graaff generators you probably remember from high school physics class. Things only get complicated when you realize that accelerating heavy ions from rest to about a million times the speed limit on your local highway (~ 10% of the speed of light) is not an easy task. You need careful quality control it, have the budget to pay off some fairly massive electricity bills, and a few clever tricks.

The key is to accelerate the particles in stages… Oh, you don’t care.

Let’s get back to that picture:

Do you see that Asian couple in the middle? The guy in the sheepskin jacket and the woman in front of him? She was cute and he was a good looking dude, but they were that weird kind of couple where he would not, ever, not touch her. Holding hands, squeezes, shoulder holds, etc. For almost an hour, they never lost each other’s touch. That’s not cute, that’s creepy.

I asked earring guy, all nonchalantly, “So this is the only one of these tandem things in the world?” His answer? “Welllll, one of a few, but it is the biggest. I think. Maybe.” 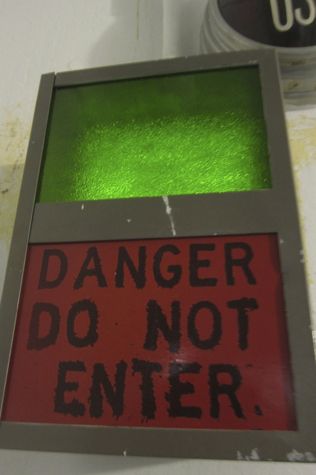 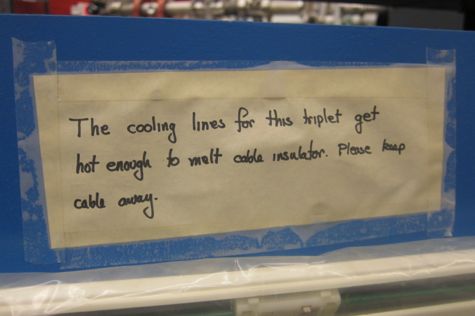 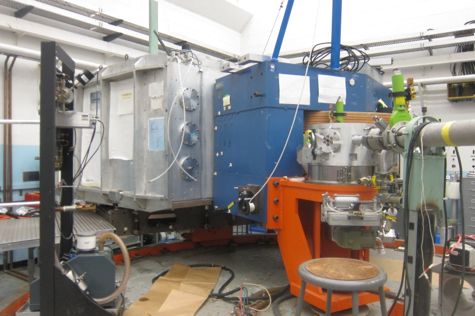 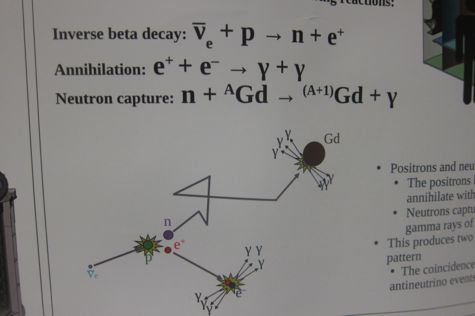 I continued the tour upstairs with some other guy who works with dark matter. I really enjoyed this bit of the tour, but only a handful of others joined us. I mean, dark matter! And this guy is designing experiments to study it! 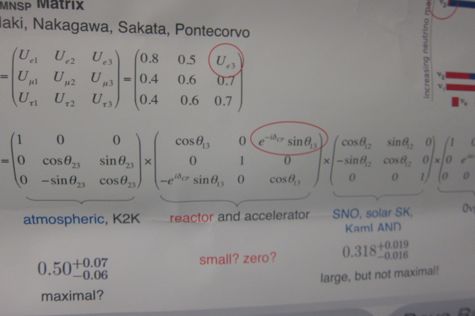 Tell us something we don’t know. 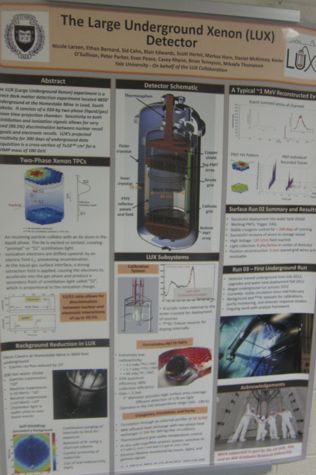 So there’s this LUX thing, the Large Underground Xenon detector which is this giant vat of liquid xenon that is used in some way to detect dark matter. And that matter matters. Yale is involved. But I’m only telling you this so you can appreciate… 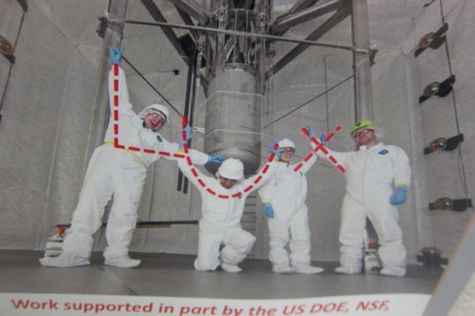 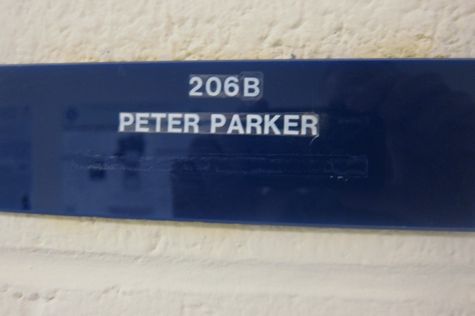 This is actually NOT physicist humor. This is an actual Professor Emeritus of Physics & Astronomy at Yale. And I happened to see his nameplate. I am proud of that. 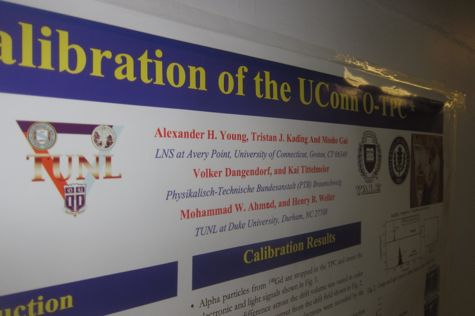 Shout out to UConn! Yale would be nothing without them. NOTHING! 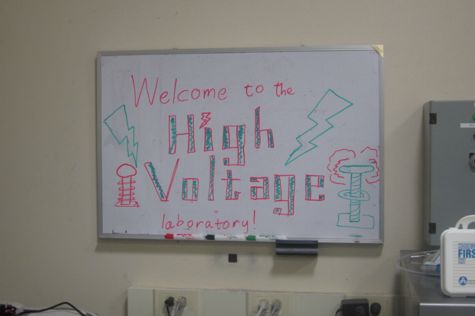 An effort was made to welcome us. 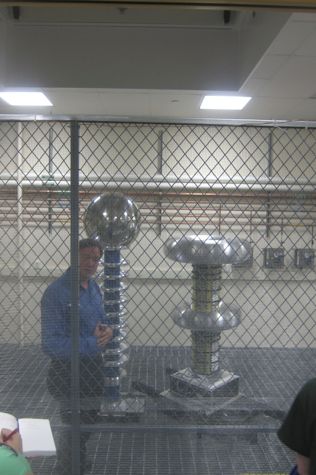 This is the thing that will collect and send the whatever down an insulated wire that can handle massive amounts of energy down into the liquid xenon vat thing. 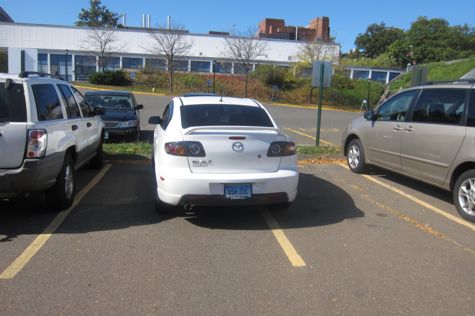