Do you know what an aggregator/content farm is? They are hugely successful and tons of people still give traffic to this garbage! One in particular is “Only in Your State!” Almost every state has a dedicated site, and each one is as horrible as the next! 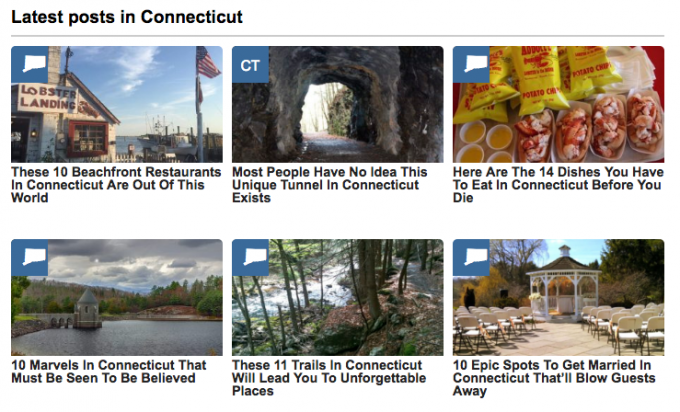 How they work is really interesting! Let’s focus on just one recent posting in the Connecticut “Only in Your State!” It is all about the PEZ Visitor’s Center in Orange! 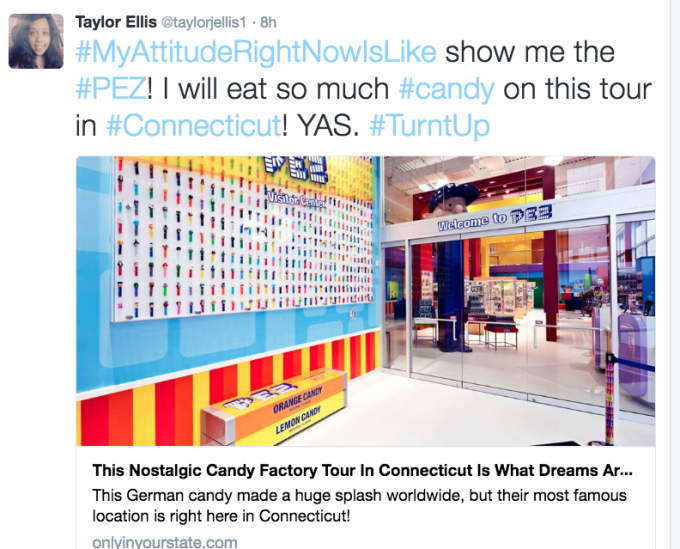 You don’t even have to know what any of that gibberish means! What you probably DO know is that PEZ are not German candies, they are Austrian! And that there is no such “tour” as that tweet suggests! The thought of “eating so much #candy” on a “tour” must have been written by someone who has never actually been to PEZ!

PEZ themselves even fell for the ruse!

The author, Ms. Taylor Ellis, lives in Iowa! Her job as a blogger for Only in Your State is to find interesting stuff in Connecticut to blurb about! She, and many like her around the country, get paid to simply blurb a listicle using other people’s content! You may be surprised to learn that you can sell your soul and make a few bucks doing this yourself! No matter where you live!

That’s right! They put these postings on Craigslist!

OIYS started in early 2015 and they’ve been stealing content ever since! One fun game you can play is to click on any blurbicle for any state and try to find an original photograph! Some people spend hours, but all they find are photos from Yelp!, Flickr, facebook, and the subjects’ own websites! And many of the facebook ones are given to OIYS on their facebook pages by idiotic dingdongs who think they are getting “good exposure!” They are helping OIYS bloggers make money!

This is Ms. Ellis’ LinkedIn and YAS, “image selection and image citing” is totally a skill worth noting!

You may be asking yourself, “is this real?” Yes! OIYS is very successful and the Connecticut facebook page alone has almost 40,000 fans! Some of you may already be one! What happens if you question the author’s bonafides on Twitter as happened above? You may be lucky and get subtweeted by a content farmer!

There are different kinds of farmers in Iowa!

There certainly will be “content overlap!” Especially when literally 100% of your content is gleaned from the work of others – many of whom do what they do for fun and for free! You are making money by lifting thoughts and ideas and pictures from others! What is the “angle” of OIYS? Whose “voice” is shining through? Why isn’t there a single original image?

You read it here first! OIYS is comparable to NBC and CNN! You know what? I can’t even come up with a light-hearted response to that! Holy Crap, she really did tweet that! A blogger in Iowa that vomits out 100-word blurbs of unoriginal thoughts and pictures believes that professional international news organizations with actual on scene reporters and writers who cite sources are equivalents!

Tweeting out your sources to all 33 of your followers isn’t good enough! CTMQ is 99% original writing and cites the source when it’s not! CTVisit is the state’s tourism arm and puts out press releases! Atlas Obscura does do some aggregation, but at the bottom of every article they cite their sources! CTnow employs actual journalists who write original content and take their own photographs! OIYS cites only the photos they lift from Yelp! and Flickr!

Congratulations on your degree! You should be proud! It is good to see that you are not “proud” of your “blogging work” though! You shouldn’t be! You are not allowed to write original content and you are not allowed to be remotely creative! Your former english professors would probably die on the spot to see your pathological overuse of exclamation points! When you get a real writing job that allows you to write your own actual thoughts, you will feel much better about yourself and your work!

A more creative and fun way to write that introduction centering around the relative unknown quantity that is PEZ in Connecticut can be found here! Oh, wait! You already knew that! The CTMQ PEZ page was pusblished on September 19th, the OIYS one on September 23rd. You got extra lazy this time. In the future, try not to just jump on whatever comes across your Feedly right away! It’s poor form! 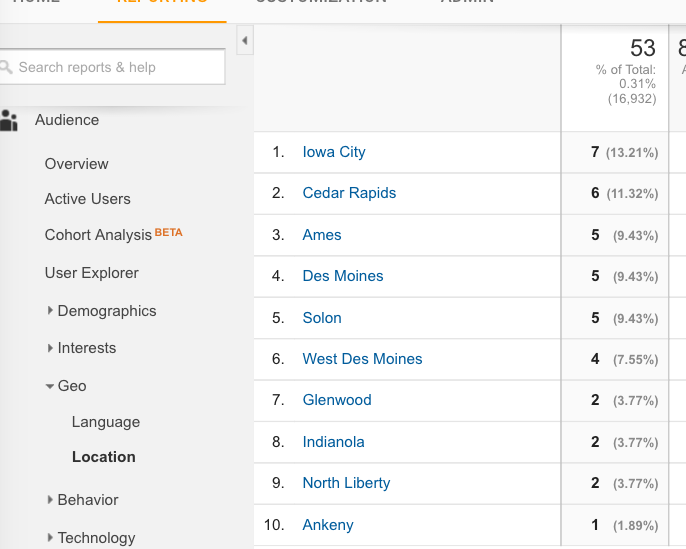 Recent CTMQ site stats: Iowa City is much, much smaller than Des Moines and Cedar Rapids. Why is it my number one city for Iowan readership?

Iowa City is home to the University of Iowa! The alma mater and employer of Ms. Ellis! What a coincidence! (And it may very well be! I don’t know! How does anyone put exclamation points at the end of every freaking sentence and not want to punch themselves in the face!?)

What in the world?

Oh. The University’s data center is in North Liberty so most of Ms. Ellis’ hits ping back to there! Darnit, and I was hoping CTMQ had a real fan in Iowa! Still, with such lengthy reads, she should have noted that PEZ are Austrian and not German! But pretty much every single CT OIYS post contains at least one error! That’s what happens when you don’t actually visit the things you blurb about!

YAS! Rush up there!

The “second floor” at PEZ contains literally nothing! But rush up there! Sigh. Have anything else to subtweet, I wonder?

YAS! That’s right! And you know what? THERE IS NO FACTORY TOUR! Christ! We know you’ve never actually been there, but after spending enough time reading the sites you just mentioned, you’d think you’d pick up on that! Or did you just Google that after you got called out? Whatever!

DO YOU SEE THE DIFFERENCE BETWEEN YOUR UNCITED SOURCES AND THE CRAP YOU SPRAY ON THE PAGES OF OIYS?

Here’s the thing. I’ve ignored this crap for a year since first noticing the pattern. I am not mad at Ms. Ellis. I actually feel sort of badly for her. She’s being used by the parent company she works for, and obviously she has no choice in how she blurbs her content and grabs her pictures. That’s the framework she must operate in. I’m sure she knows it sucks, but is hoping to parlay it into a real writing job somewhere. I don’t believe for one second that she is remotely proud of the effluvia she must produce a few times per week, especially as a recent graduate with an English degree. I wish her the best of luck after she leaves OIYS behind.

OIYS itself, however, sucks. But they are hugely successful – which sucks even more. They’ve probably convinced their freelancers that what they do is actual writing. It’s certainly not journalism, but Ms. Ellis’s suggestion that OIYS is comparable to NBC and CNN kind of scares me. Sites like OIYS completely diminishes the work that is done by journalists and creative content writers.

She and her bosses are getting paid for her blurbicles and NOT visiting the places she’s writing about. Many she cited (in tweets to 33 followers and never on OIYS or on the facebook page with 40,000 fans) do this as a hobby and are NOT getting paid. OIYS is using others’ work to “write” their own paid work. OIYS is taking work from unpaid people and using it to generate money as a for-profit enterprise.

That is NOTHING at all like CNN and NBC (or, frankly, CTMQ). Yes, they cover the same stories, but with their own reporters. If they can’t or don’t, they cite their sources. While OIYS isn’t exactly plagiarizing from me or others, it is still stealing.