Not Getting Any Younger
Young’s Farm/Rock Hole Trails, Newington
July 2021

This is not really a place a hiker will come to hike. This is a place where local dog walkers and high school amateur photographers come to do their thing. But that’s also what makes it great: a large tract of open land with cleared trails smackdab in the middle of the densely populated suburb of Newington. 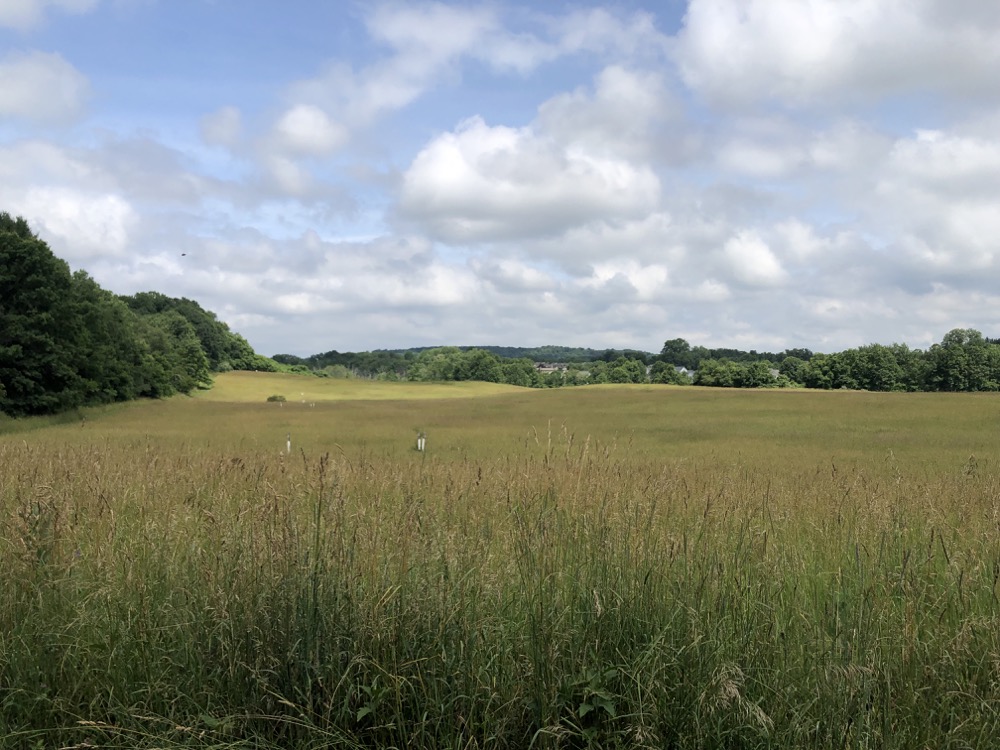 A town which, by the way, published a “trails guide” many years ago that happens to be one of my favorite trails guides in the state. Why? Because so many of the “trails” are just walking down roads between small town parks. And yes, if you were wondering, if a town publishes a trails guide, I’m going to walk those trails no matter what they are. Towns need to be rewarded for their trails guide efforts.

The guide refers to this property as Rock Hole and never once mentions Young’s Farm or the fact that there’s a large parking lot there on Church Street for the express purpose of accessing this property. (The guide is rather old.) The lot is also for the folks who have a plot in the community garden which is also here. 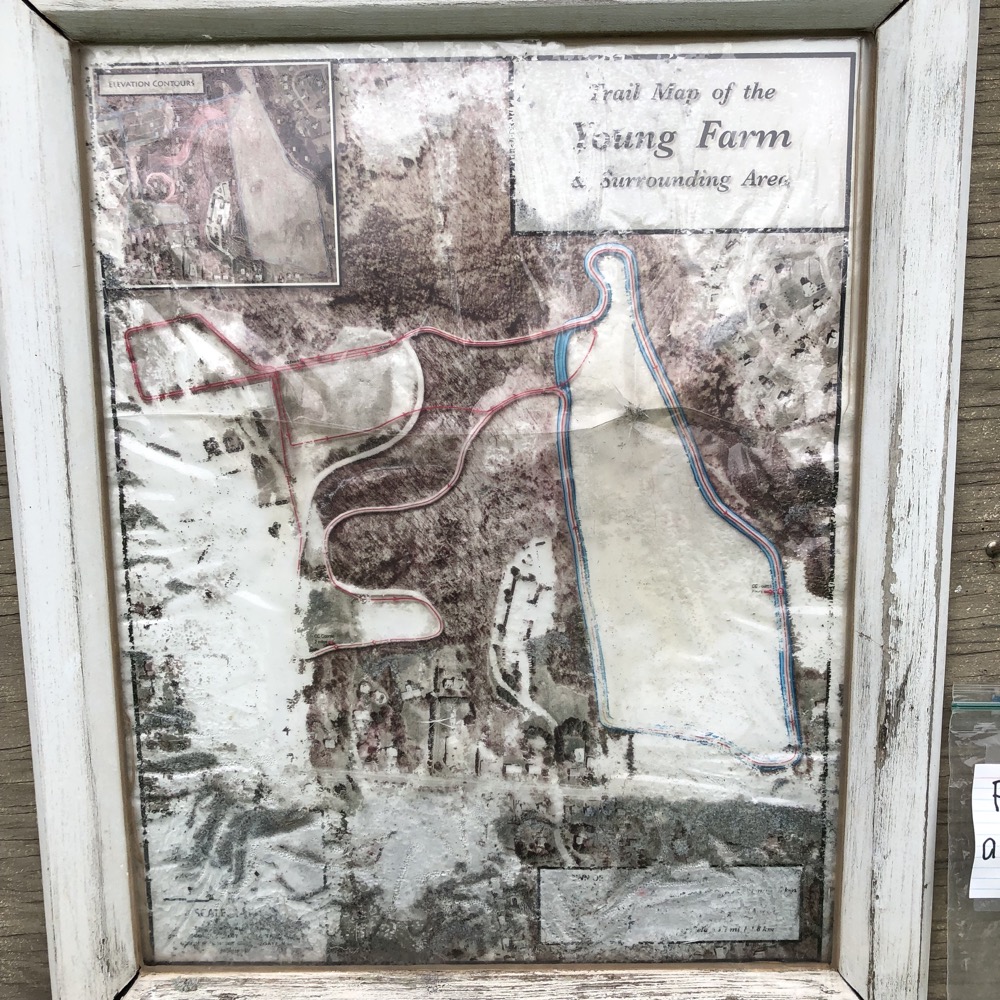 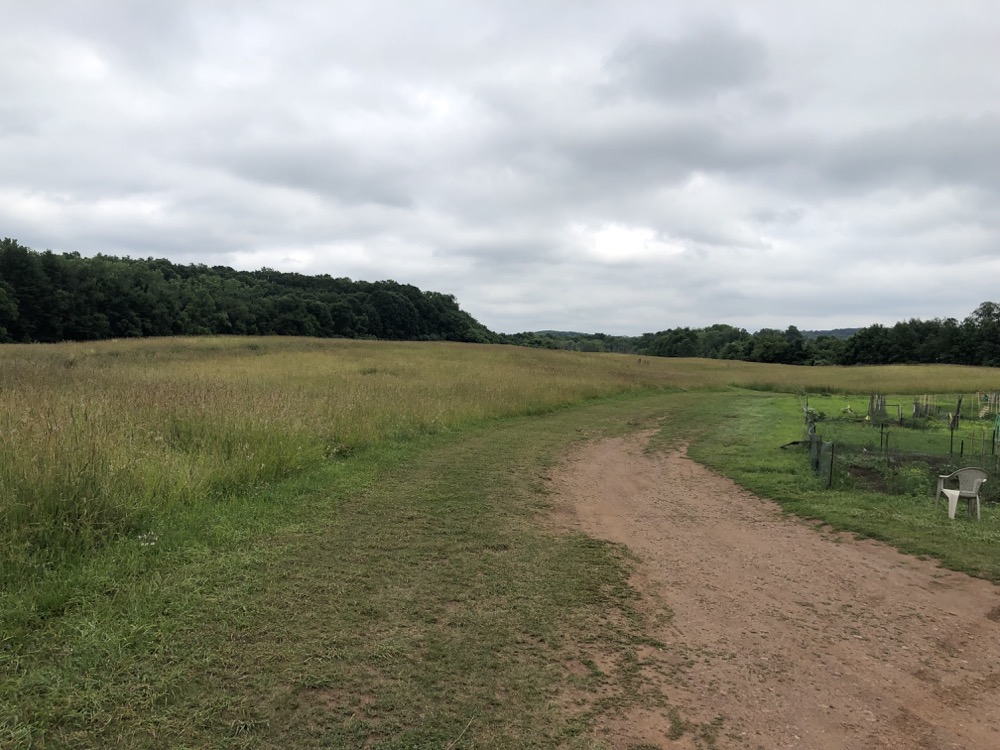 Young’s farm is home to the Deming-Young House Museum. In 1784, Thomas Deming built a farmhouse here and it simply remained standing because it stayed with only a few families over the centuries. Oh sure, Newington tried to knock it down and develop the land, but locals preserved the house and the farm and now we can walk around the property.

When I visited in the summer of 2021, the map at the trailhead was a bit worn. I was flying blind! Exciting. There are several paths and you can make your own route. Of course, since most of the property is open field, getting lost would be a difficult task. 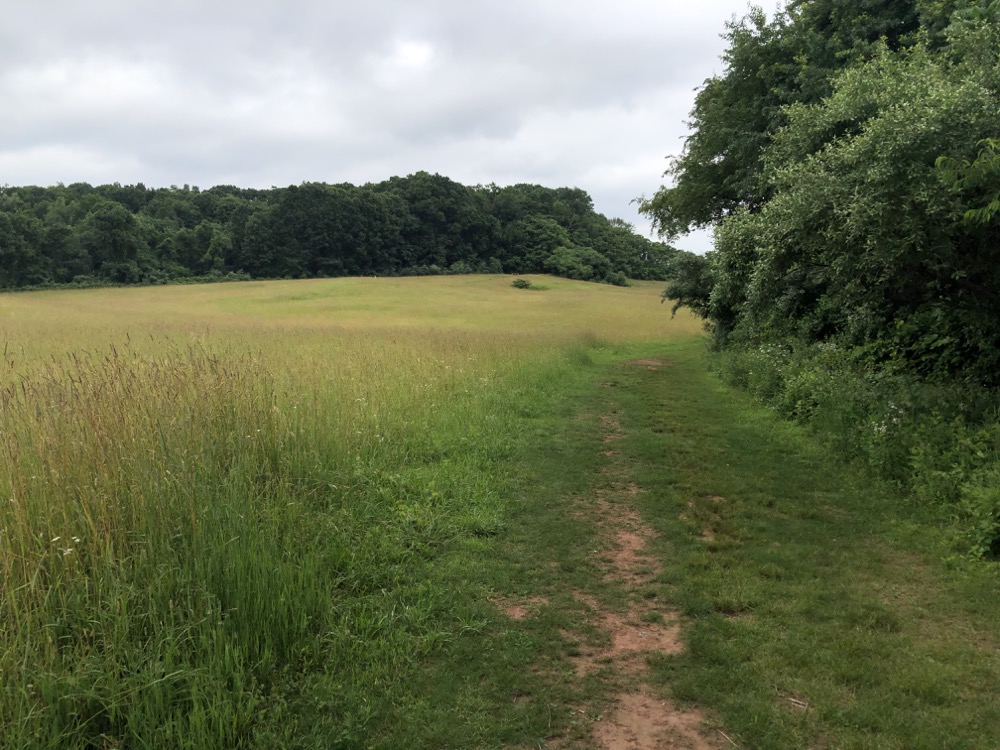 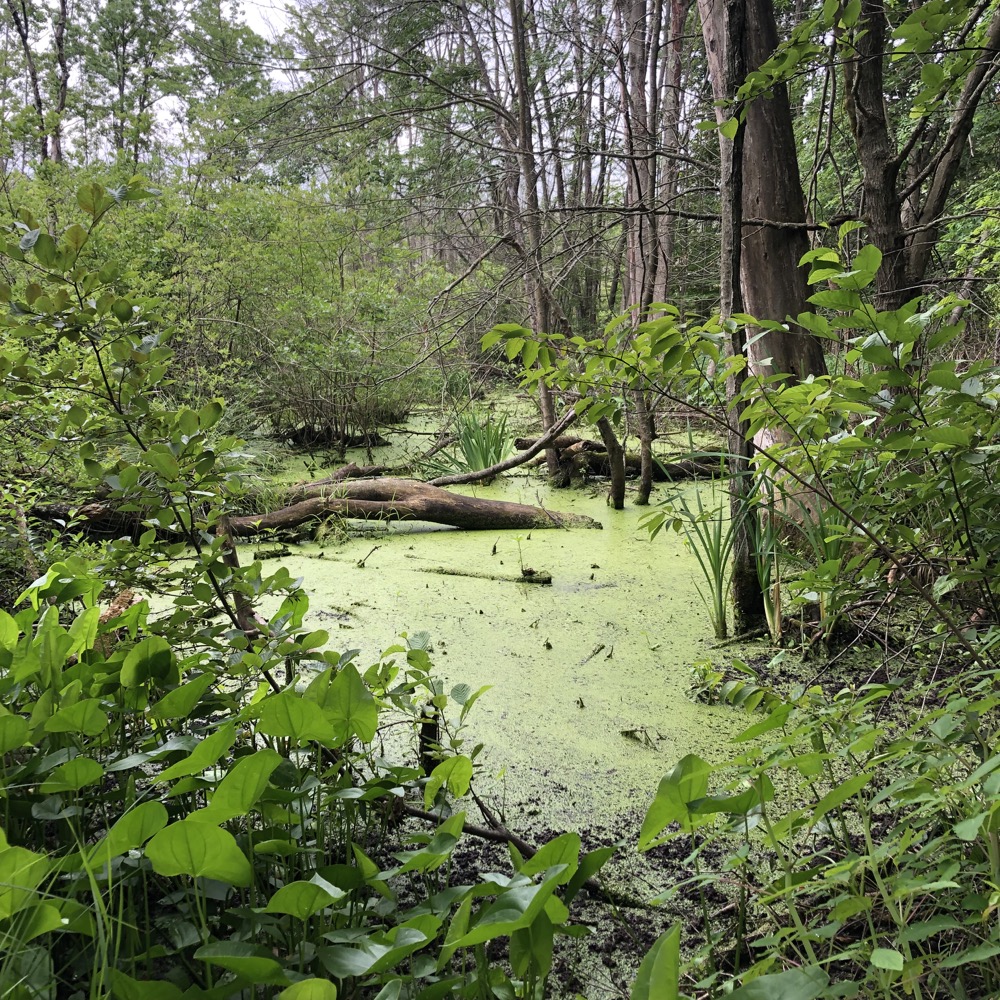 I took what I felt was the longest route, staying on the outskirts of the cleared fields and walking near the stream that flows along the border of the farm. This is Rockhole Brook, which at least explains why this was called the Rock Hole Trail before Young’s Farm was revived.

The eastern swing of the path took me into tree cover and a swampy area before heading north and into some real forest. What’s astonishing to me as I write this a few months later and looking at a map, I was very, very close to the Berlin Turnpike and Party City and Arby’s and TGI Friday’s and Chili’s… Wait, there are still TGI Friday’s in Connecticut? All the more astonishing. 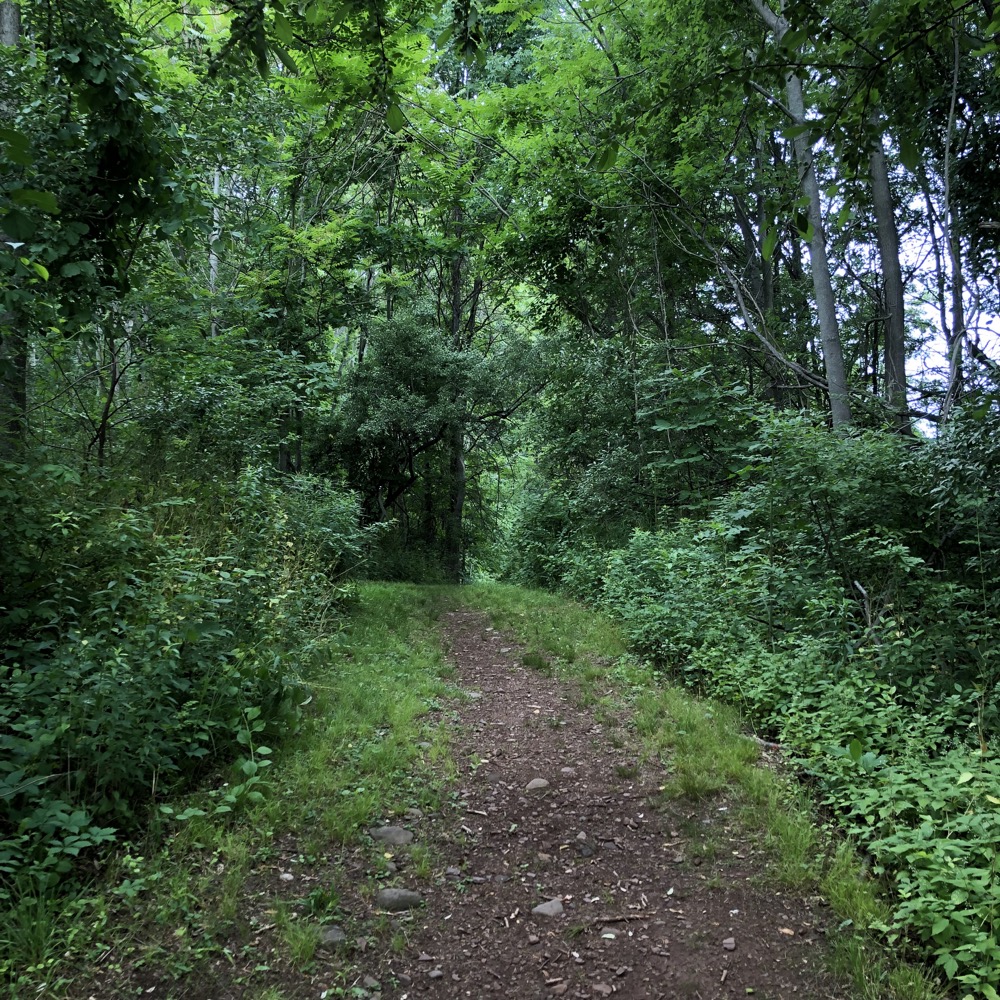 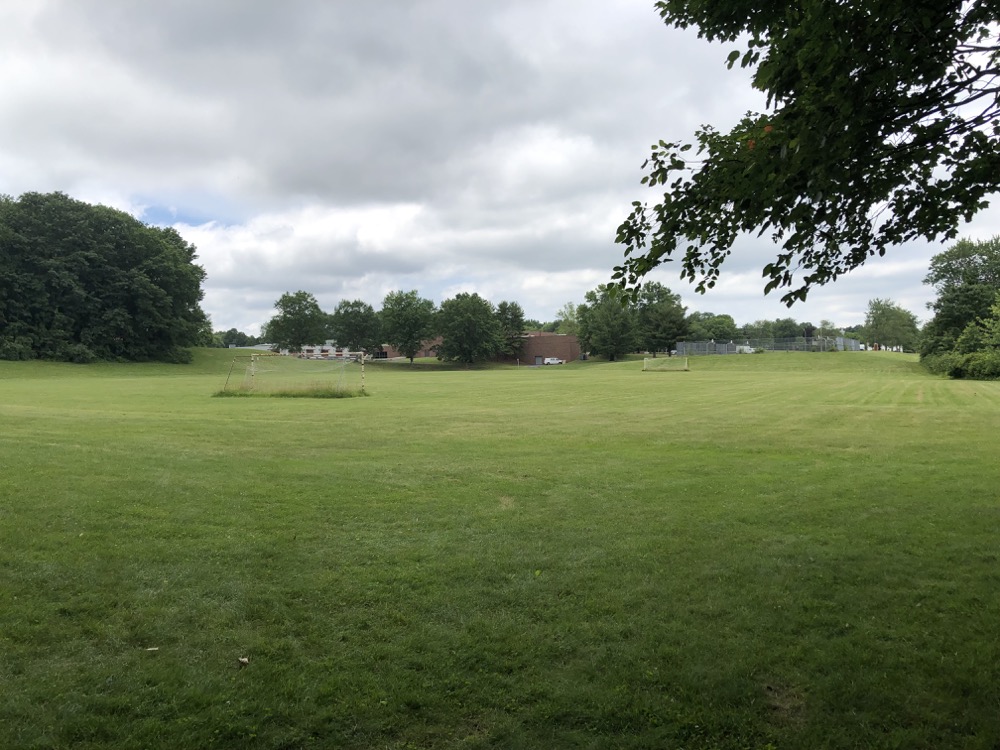 Once into the woods, several trails spin off from the main one. The woods aren’t exactly huge here and you can almost always see the field from which you came and the school that the main trail leads to. I somehow found the one steep little climb up a little hill and I climbed it for some reason. For that Newington cred or something.

Actually, in the original old trail guide, I just read this:

The trail passes by Paterson and Wallace schools and offers a trek through Young Farm. In the wooded area near the school, you will find multiple trail options- some blazed and marked. Maintain the intended direction, and they all converge back on the trail noted here. The trail terrain ranges from easy to difficult with the difficult portion being in the wooded area. 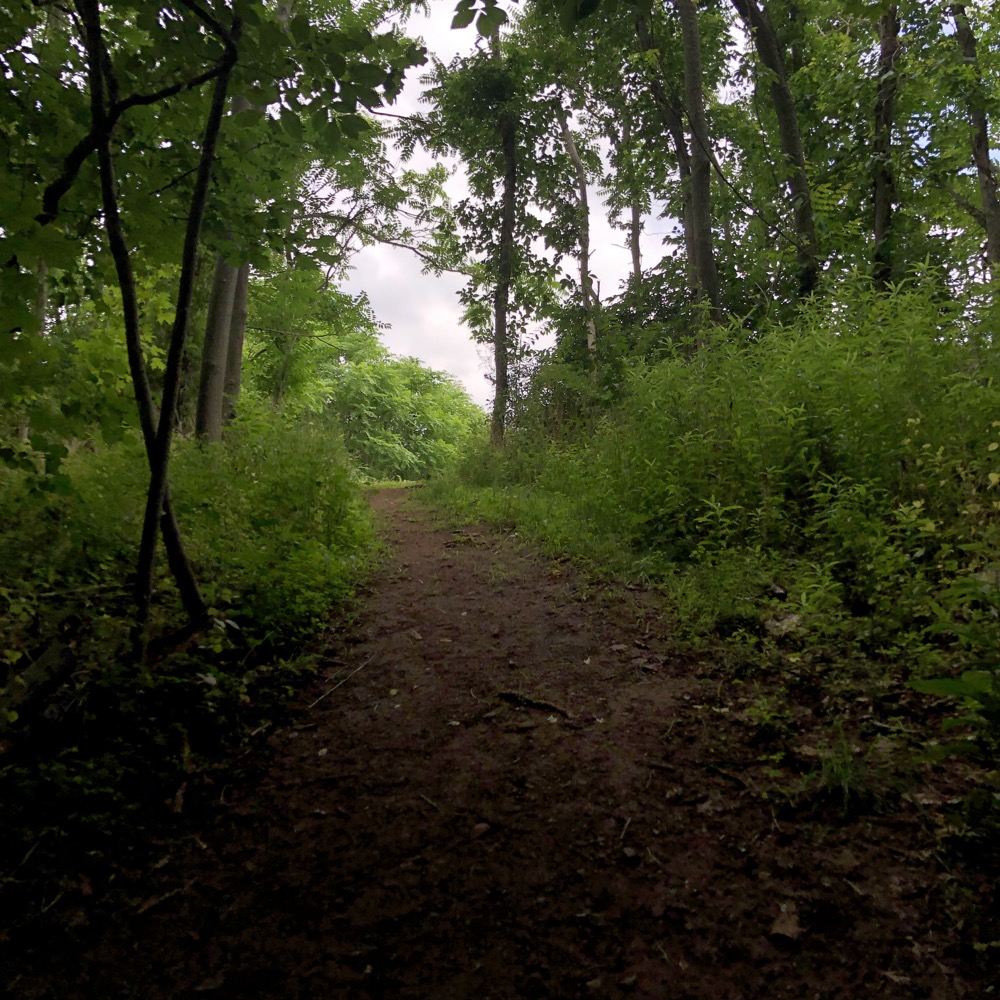 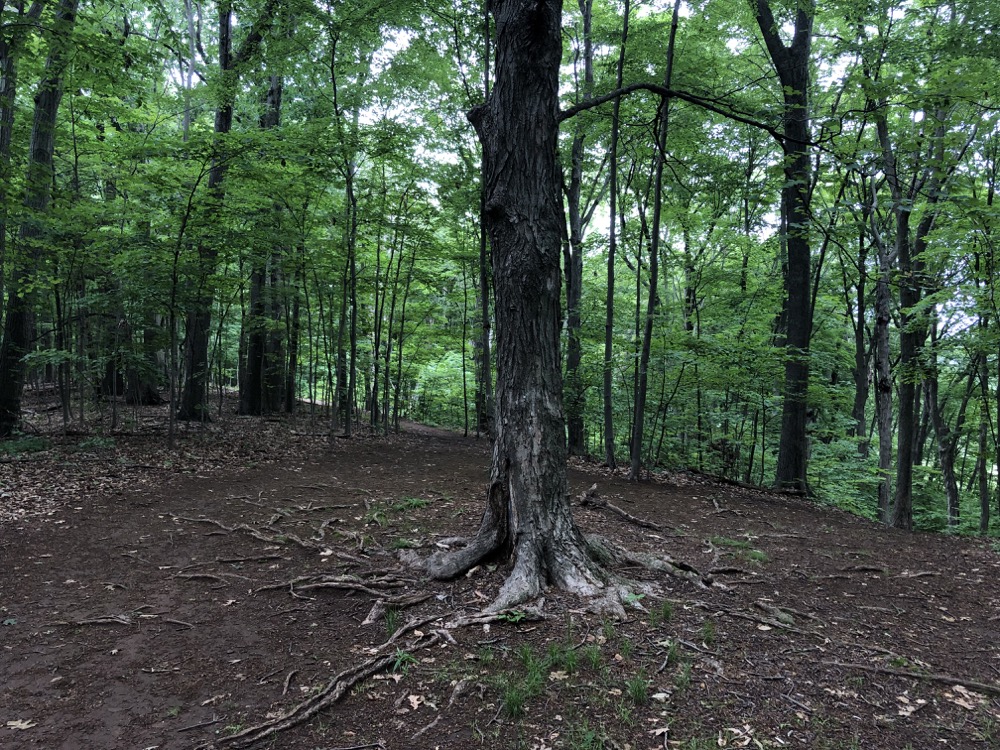 “Difficult” is a very relative term here, but since most Newington trails are sidewalk walks for a few blocks, I get it. After poking around the woods for a bit, I made my way back to the fields and began the gradual ascent back to my car.

The town does a good job keeping the trails cleared and the property does offer some pretty panoramas. The edge habitat and marshy area is great for birds and therefore birding. Hey, if I had a dog and lived near here, I’d totally come here all the time. Good on Newington for preserving this open space. 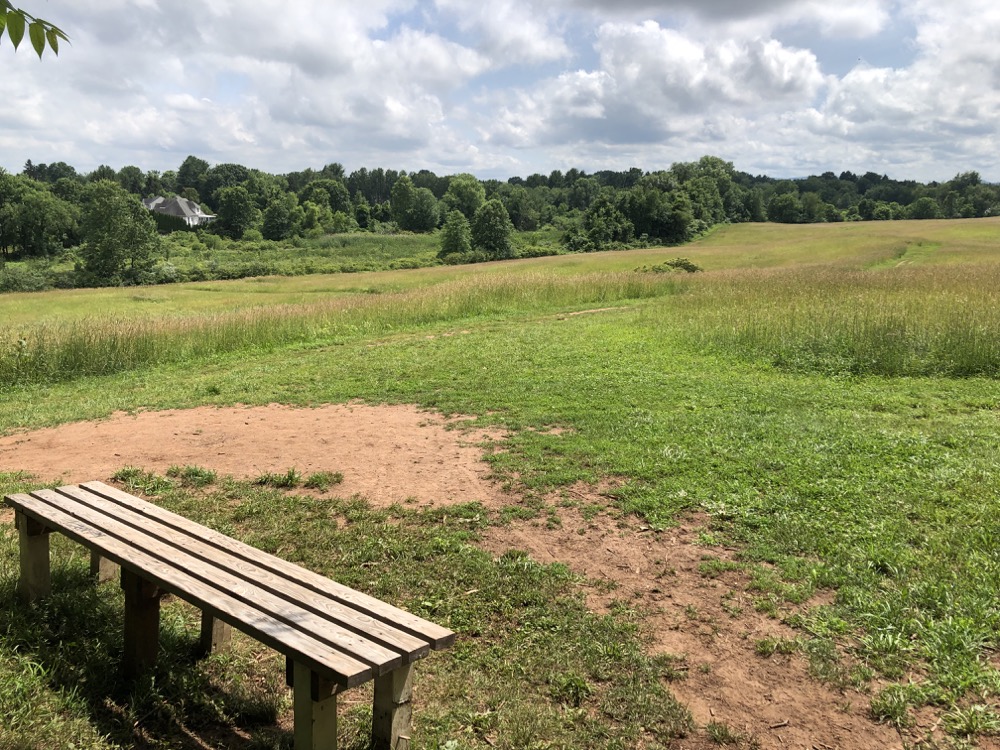