If I Take Photos of Really Good Photos, Will I Finally Have Good Photos?
Windsor (Google Maps location)
January 24, 2010

But as I settle in to write up our visit, I notice that their website is indeed wack in early 2010– it seems to have captured every single exhibition, poetry reading and musical performance from the last 2 years… Except for the photography exhibit we enjoyed there! Way to make my “job” that much more difficult… 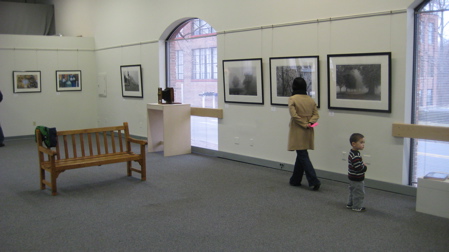 We decided to have an artsy day in late January for no particular reason. After a stop at the nearby Loomis-Chaffee art gallery (CTMQ Visit here), we drove the short drive up through Windsor to the refurbished old Freight House and the large gallery of the WAC.

The Center began in 2007 when a group of local citizens who were interested in securing a greater presence for the arts in the town came together to plan and present the works of local artists. In 2008, thanks to the Town of Windsor, the board of directors after a trial run, signed a five year lease for the use of the Freight House adjacent to the railroad tracks. 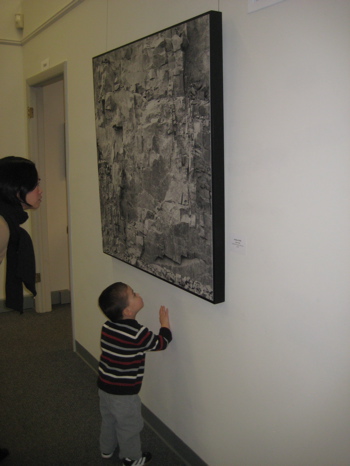 The mission of the Windsor Art Center is to showcase not only local artists, artisans, actors and musicians but also to reach beyond the immediate area to engage what is new and exciting in the arts outside Windsor’s borders. We invite your participation as viewer, event attendee or volunteer. Help us make Windsor a place where art can be seen, heard and enjoyed. 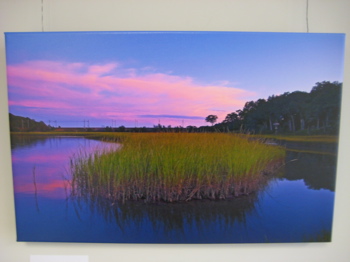 Let’s be honest; Windsor isn’t exactly on the top of everyone’s “to visit” list, so they have a long road to hoe. That’s not to say “everyone” knows better – not at all. There are a bunch of cool things in Windsor, some dating back to the very early days of Connecticut. It’s also where I work, and I’m cool, so there’s that too.

We visited during an exhibition titled, Six Degrees of Separation, Six Connecticut Photographers. I get grief sometimes for enjoying good photography often more than good painting or sculpture. Maybe because I actually engage in photography – and stink mightily at it – and would never even think of picking up a paintbrush or lump of clay. Who knows… But I like it.

And so does Hoang.

And so does Damian: 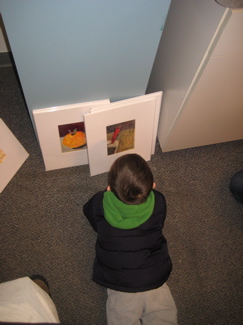 The work of the six photographers participating in this show is as different and similar to one another as six degrees of separation. They represent an eclectic mix of shooting styles and techniques. The show’s curator Wayne Dombkowski, a well known local photographer, said, “I sought out what I consider to be some of the best photographers in Connecticut, whose work showcases the art of the media.” 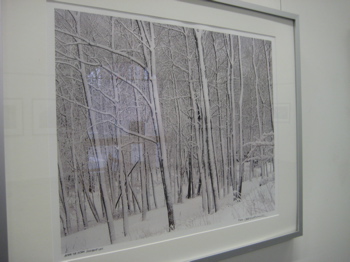 And who would be one of Walt’s six “best photographers in Connecticut?” Why, none other than Walt Dombkowski. He also gave himself the longest write-up on the handout. And to that I say, “Good for Walt.” Why not? He put together the dang thing… Dombkowski is a professional photographer operating his studio in Windsor. It goes on to say all the magazines he’s been published in. I don’t recall where Dombkowski’s photos were hung, but I do wonder if he gave himself the best location (though really, all was equal except for Steven Cote’s work, which was hung in a little semi-separate room in the back. 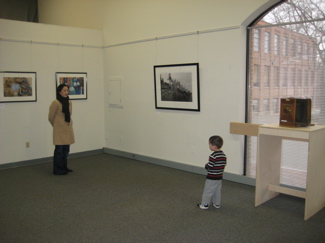 I wonder if Cote’s work was stuck there because it was so divergent from the others. I really liked his work, though the harsh Photoshopped nature shots were a bit much for Hoang. Steven Cote, a native to Windsor, started photographing in childhood, developing into a 30+ year career. 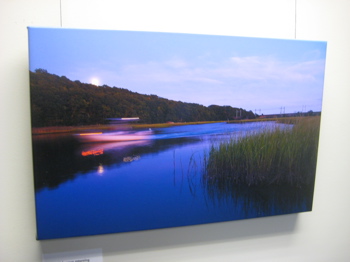 I dug it. In fact, I didn’t really take too many pictures of the others’ work up close (perhaps because I didn’t have the privacy to do so). I liked them all. The following blurbs are from the literature I picked up at the exhibition:

Andrew Buck whose work explores the landscape but always with an eye for the abstract. James Duval’s work is all about finding in the land what most people choose not to see. Susan Forbes Hansen, who in addition to being a photographer, is a folk radio host in Connecticut. Jack McConnell has spent 35 years of his career capturing just the right light for individuals, corporations, advertising agencies, non-profit organizations as well as his own fine art projects. 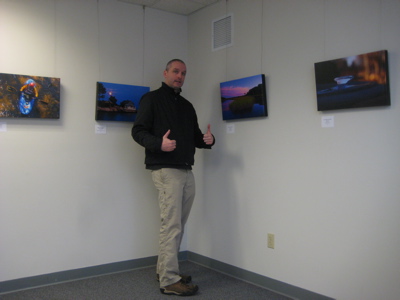 Poking around their websites, I find it interesting that Andy Buck has a series on our local tobacco farms. I drive past field after field of the shade leaf tobacco on my way home from work and find a subtle beauty in the nets and old barns in the fading afternoon light. So I’m on board with Buck. Says he:

I made my first photograph with a Brownie at age 7. My father, who had photographed and done his own processing and printing starting in the late 1910s, gave Brownies to my sister and me at the same time, probably to eliminate jealousy or competition. I remember being fascinated by that little black box, pushing the white button on the side and waiting anxiously to see the results. 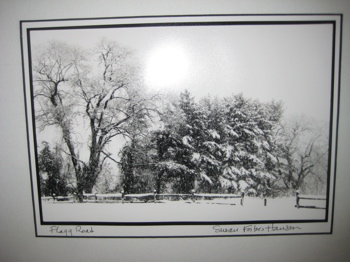 I couldn’t find a website for each photographer, but it appears that Jack McConnell is the most prolific. He has shot for tons of state businesses and in 2003 he was awarded the Connecticut Ambassador Award for his tourism photography that helps bring visitors to the state.

Which reminds me… Hey Powers That Be… HELLOOOO! (I’ve actually been nominated, or at least have been attempted to have been nominated. From what I understand, the PTB simply don’t buy into the idea of this thing called the Internet yet. Whatever. 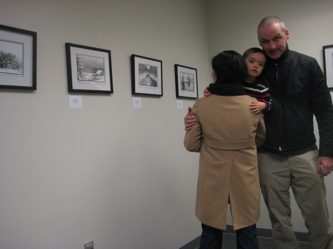 Bottom line – I really liked all the photographers and photographs chosen. They all seemed to highlight some of the simply beauty found “accidentally” within the state. I see that type of thing all the time on my hikes and travels but unfortunately I neither have the skill nor the equipment to capture it as I’d like. Ever.

There is a small gift shop at the gallery as well and during my visit, a very nice curator who was always available for discussion, but let us enjoy the pieces on our own – wonderful.

The gallery space is really nice and as I mentioned, they have readings and musical performances about every other week. 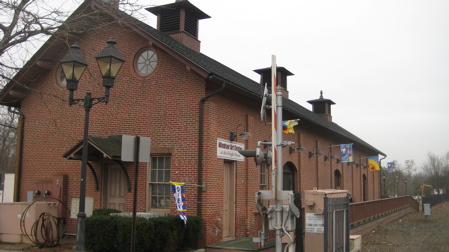