Ahhh, yes, June 10, 2017. A fine day that was. Another year, another fantabulous Connecticut Open House Day! An annual event that I treat like the holiday it should be. I went to a bunch of places in the Connecticut River Valley, but found myself back at ol’ Martin Park in East Hartford to visit one of the Historical Society of East Hartford’s museums. 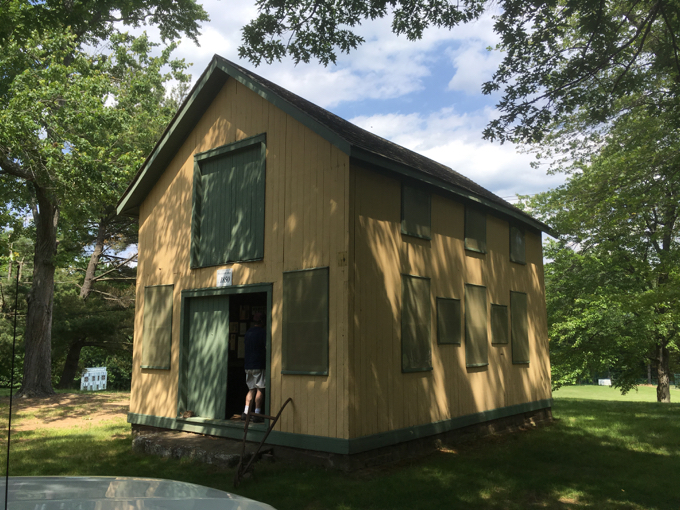 “But Steve,” you say, “there are three little museums in the Martin Park complex. You mean to say you visited all three, right?”

Because, as you’ll surely now remember, I had already visited the Makens-Bemont House and the Goodwin Schoolhouse back in June of 2015, during that year’s Open House Day. 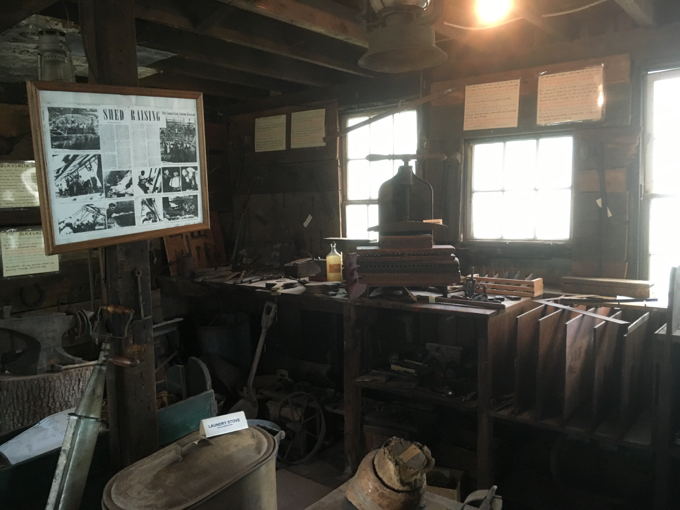 “But Steve,” you say, “why in the world did you visit East Hartford’s Martin complex of museums in 2015 but didn’t pop in to the tiny little Burnham Blacksmith Museum while you were there?”

Fair question. And I wish I had a better answer than, “because even though it was an Open House Day event, some joker forgot the keys to the Blacksmith Museum in 2015 and no one felt like summoning him.” Seriously. 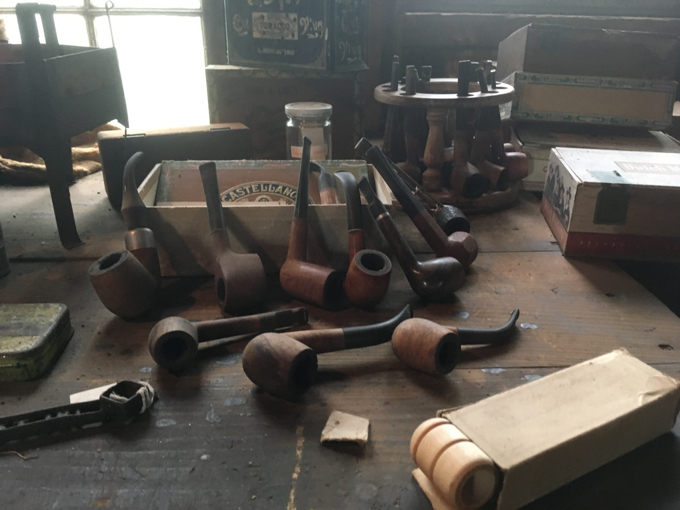 Now, normal humans would write it off and forget about it. Alas, I am not normal and needed to get inside the 10-square foot workshop to feel complete. So that’s exactly what I did two years later.

Two old men were inside yapping about tools and such, one-upping each other about tool proficiency as old men are wont to do. I have no skin in that game, so I looked around, took a few pictures, and went on my way.

The Burnham Blacksmith Shop was built ca. 1850 on the Burnham Farm in East Hartford. The building contains late 19th/early 20th century tools and equipment used in the East Hartford area. Visitors will see horse harnesses, tobacco tools, household utensils, blacksmith forges, and more. This shop is the youngest of the three historic buildings in Martin Park. The Historical Society opens this building to the public* during the summer.

*When they remember the keys.

Highlights of the collection here include a homemade bobsled which has an ironing board as its base. And the tobacco stuff I guess. The building became a tobacco sorting shed in 1920 when it changed owners, and there is a lot of tobacco stuff here now. Pipes even. 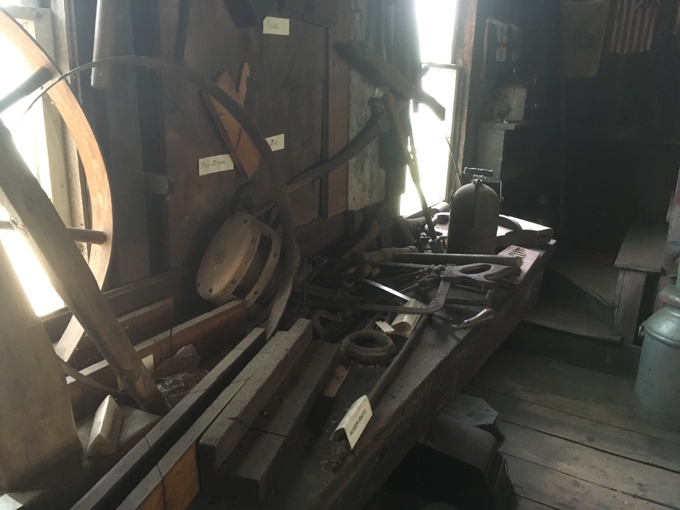 You see, parked in the park that fine day at East Hartford’s Martin Park was the transient Iwo Jima/WWII Traveling Museum! Wow, what a bonus!

I am a lucky man forging a fascinating path through the third smallest state in the country. You can’t convince me otherwise. 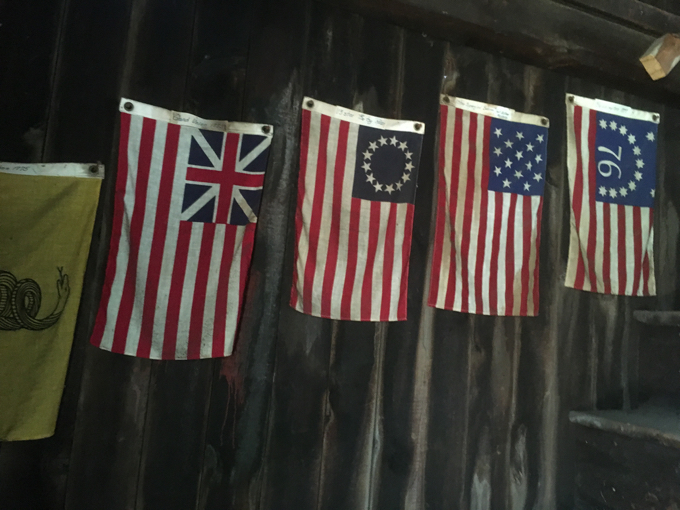