Good. You win. Winning is Good. And, somewhat oddly, there is more than one Goodwin school in East Hartford. And, to the best of my (20-second Googling) knowledge, none are historically related to the others. 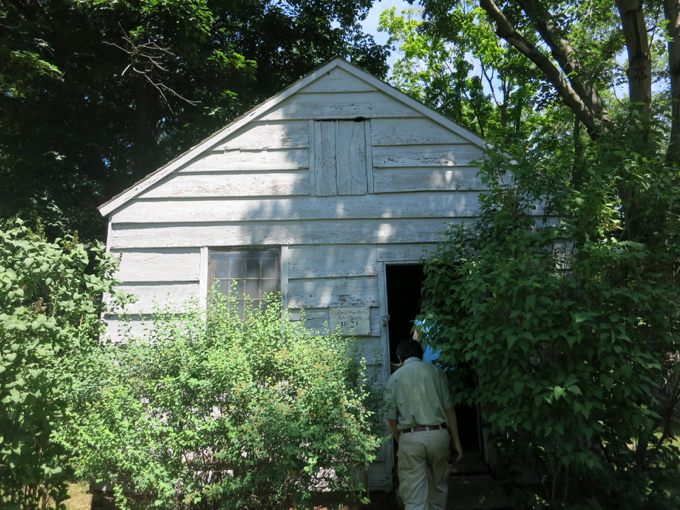 Now that we’ve rid ourselves of those wrong Goodwin folks, let’s focus on this Goodwin: The Historical Society of East Hartford’s Goodwin Schoolhouse situated in Martin Park. The schoolhouse is one of three tiny little museums here, and is open throughout the summer for visits. 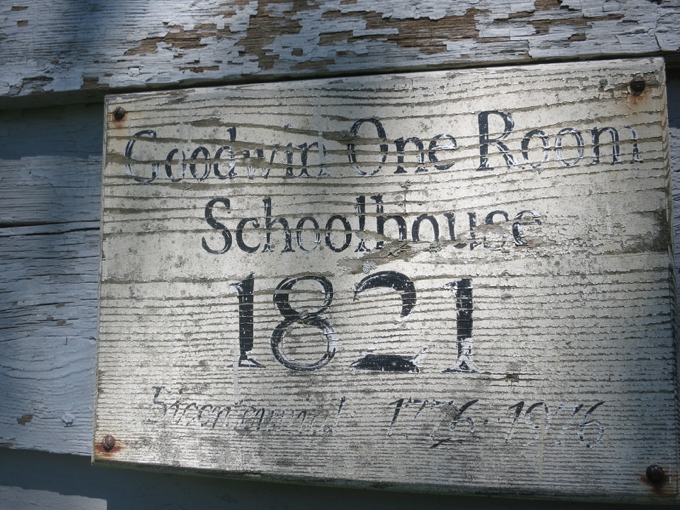 From Historic Buildings of Connecticut:

The Goodwin Schoolhouse in East Hartford was built in 1821 by George Goodwin, Jr., a paper manufacturer. He built the school on his own property on Burnside Avenue and hired a teacher to teach his own children and those of his neighbors. A one room schoolhouse, the building was used as a school until 1855, when the students started attending town schools. The former school was moved to Martin Park in 1975 as a gift to the town from George Goodwin, grandson of the original builder. 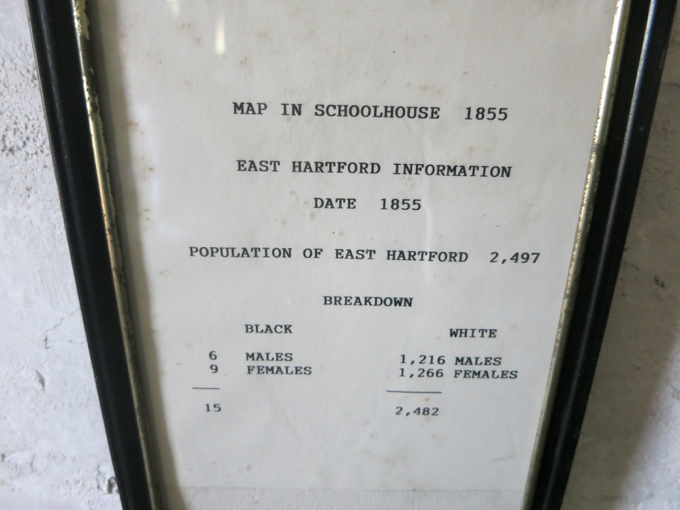 So, yeah, we can throw this museum into the pile of other museums that exist today as museums simply because it’s an old structure that wasn’t destroyed. But, as with the dozens of other one room schoolhouses around the state, I’m sure they’re cool for local town kids to go and be 19th century children for an hour. At least here at Martin Park, they then can go for a swim to remind themselves that 21st century amenities are pretty sweet.

Then again, if they were to go for a swim, they’d have to put their phones down. Oh well, it was a thought. 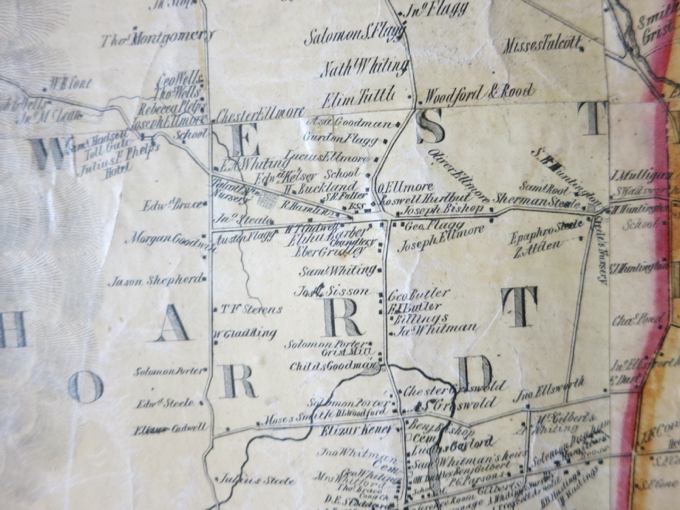 I checked out the Goodwin Schoolhouse after a visit to the Makens Bemont House next door. I was joined by an adult man who was ghost hunting. In a sense this was fortuitous because he kept the poor docent occupied with his nonsense allowing me to take a few pictures and skedaddle. 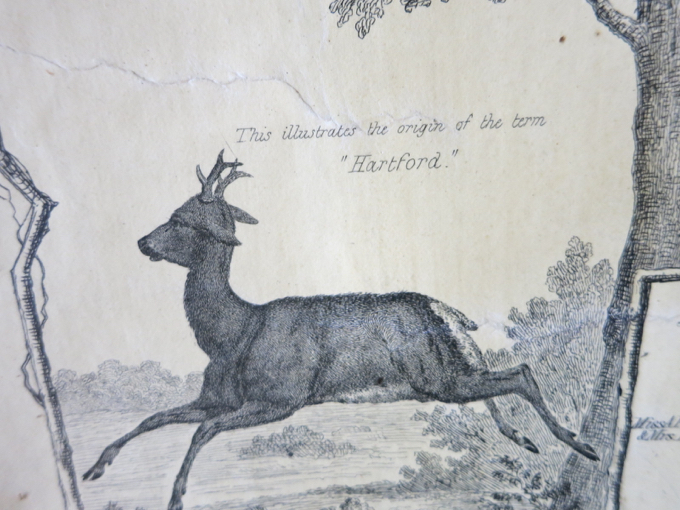 As you can tell, the best part of this place to me is the old maps. I love me some old maps. I love that back in the day maps could be so hyper-local as to name each resident. Oh sure, there are old timey desks and slate boards and math lessons here, but the ghost guy was in my way and we’ve all seen that stuff before.

What I’d never seen before (or since), was an antique map with such lovely and expressive artwork. An explanation of the derivation of “Hartford” is a nice touch. But it was something else that really caught my eye: 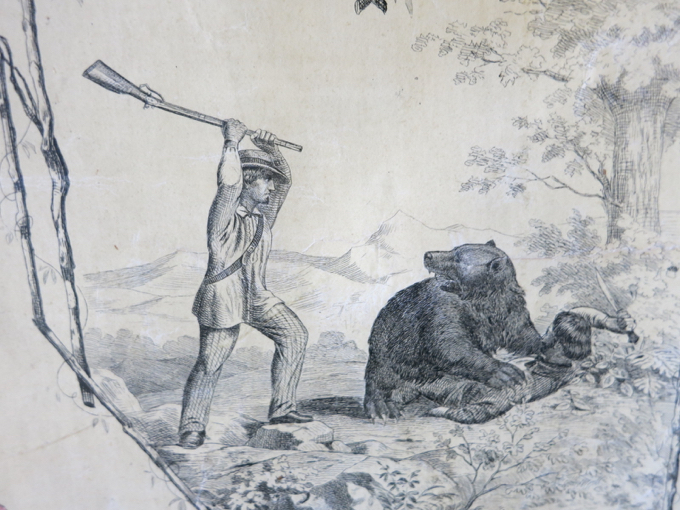 Woah. We’re in East Hartford mind you. A town where 200 years ago, bloodthirsty black bears killed men… 200 years ago, when bullets (or musket balls or whatever) were so expensive, rare, and precious, that you wouldn’t want to waste one to save your dying friend. Nope. You’d rather hit the demon bear with your long gun instead of shooting it. (Or, perhaps, shooting into the air to scare it off.)

East Hartford has a reputation for being a bit of a rough town in the 21st century. But I hope this picture teaches those kids who visit this schoolhouse now that it was much, much more rough-and-tumble back in the day.

I love this map and picture so much. It made me forget about the ghost guy and the fact that the third museum in the complex, the Burnham Blacksmith Shop was not open. Have no fear friends, I was sure to return a couple years later to visit that one!

Oh, and there was a Progressive ET Sign here as well! 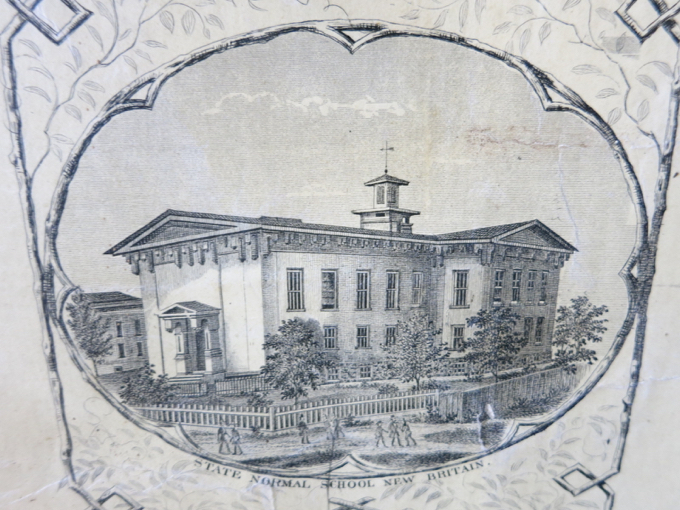