Now, normally this wouldn’t rate enough for CTMQ. But – and this is a big but because I’m not totally sure of the history here – but, when this house is taken with several other sites around Connecticut, it makes sense to be here.

That and I drove by once in 2012 and took a couple pictures. Pictures of something generally means you’ll get to read about it eventually. 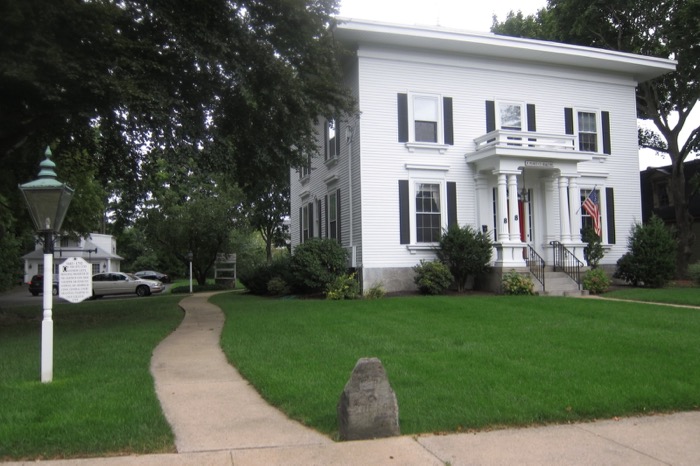 Andrew Leete had a big part in the whole Charter Oak thing. Surely you know the story, but just in case…

On April 26, 1662, King Charles II granted the Colony of Connecticut a Charter which allowed it to run its own affairs. All was well until 1687, when King James II wanted to place all the colonies under royal rule and combine for defenses against the French in Canada. James II appointed Edmund Andros to govern all of New England. Andros tried to get Connecticut to give up its Charter. It did not. So, Andros came to get it himself. A meeting was set, and after much discussion, the Charter was not surrendered. The meeting house grew dark as evening approached. Candles were lit. Andrew Leete got up and spoke. Suddenly he lost consciousness and fell across the table, knocking the candles over. The room was in total darkness. When the candles were relit, the Charter was gone. Andros was furious. The room and all persons were searched. The Charter had disappeared.

In reality, the Charter had been handed out through an open window to Captain Wadsworth who hid the Charter in the hollow of an old oak tree on the property of Samuel Wyllys. Which is now the city of Hartford. The tree kept its secret until a later time.

Here’s my “visit” to the Charter Oak in Hartford.

Okay, so Leete was at the fateful meeting and passed out, allowing the Charter to be secreted away. Yay for hypertension! And he lived in a house that used to stand where this white house now stands in Guilford. Cool. 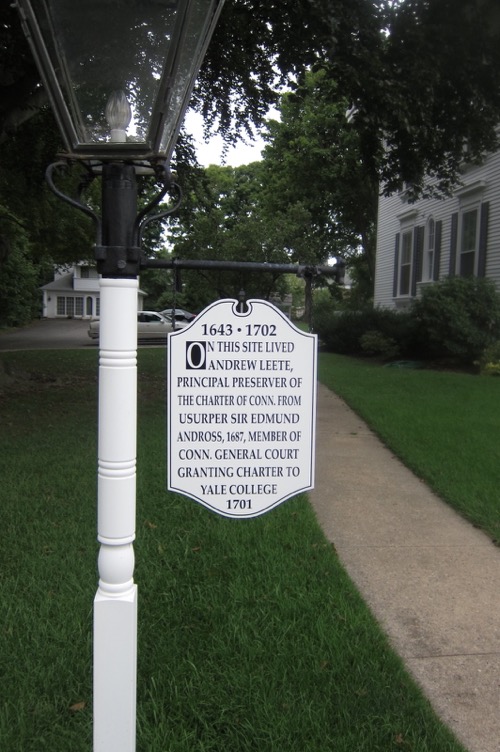 And, according to the sign, Leete was also involved with the whole chartering of Yale too. Which, if you think the Charter Oak story is convoluted, then you’ve never read my “founding of Yale/Yale Boulder in Old Saybrook page.

A page which inspired a reader to send me HUGE bundle of research he’d done on the accuracy of the various Yale claims.

Yet another example of why I do what I do.